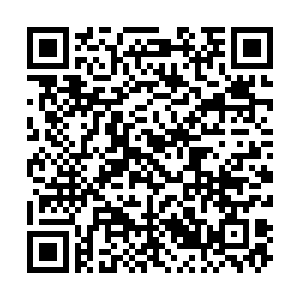 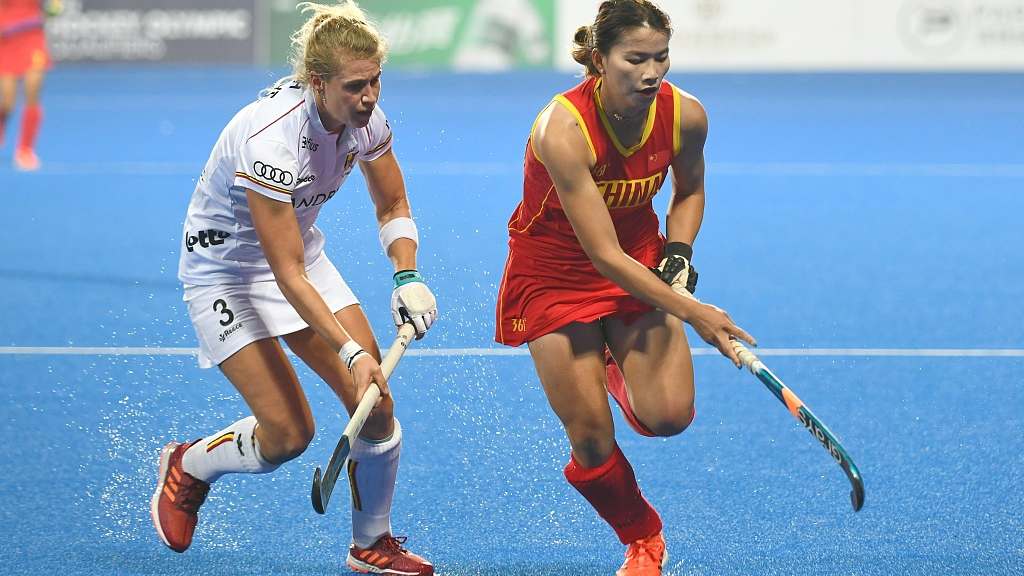 China women's field hockey team will be marching on to the 2020 Tokyo Olympics after they won 1-0 in the sudden death round after scoring a 1-1 in penalty shoot-out following a draw with Team Belgium in both the Olympic qualifiers (0-2, 2-0) held in Changzhou, Jiangsu Province, eastern China, on October 25 and 26, 2019.

After losing to Belgium in the first match yesterday, China made tough comebacks today, but kept audience on edge till the last minutes of the game, scoring two goals in the last five minutes during full time, and eventually winning the penalty shootout at the "sudden death" sixth round when Alix Gerniers of Belgium missed her shot.

China's goalkeeper Li Dongxiao laughed after the game that she did not even realize they had won till she saw teammates running towards her, crying tears of victory. "I was too focused in protecting the goal," she mused.

The pressure followed Team China from the second minute of yesterday's game when Belgium scored their first goal, stressing the already tight Chinese team almost throughout the entire game. China found their tempo in the last quarter, but was unable to keep the disadvantage at 0-1. Belgium sealed the deal of the first match with a deflection in the penalty corner at the 59th minute by Stephanie Vanden Borre. 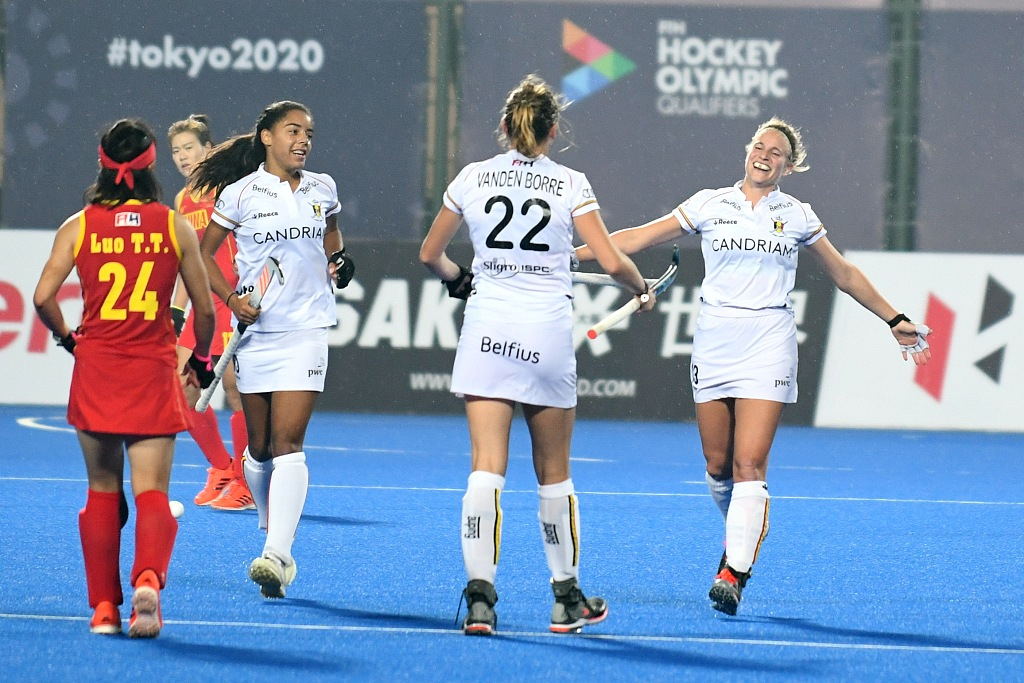 Overall, Belgium showcased a beautiful performance of good passing, exquisite techniques on sticks, and quick offense while the Chinese team had to think hard on the turnovers, and forget them.

China showed up with good physicality, better outlet organizations, and most importantly, confidence, from the first minute today. China found their chances in the D multiple times as the Belgian freeman failed to perform her best defense. The Belgian players were also too focused on defense, rather than watching the ball in the D, making it easy for Chinese players to pass through two Belgian players.

China's head coach Huang Yongsheng made a bold decision to remove the goalkeeper when there were still seven minutes left to the game. For any coach in any game, this is a risky move, let alone the Olympic qualifier. It meant one more player for China on the pitch, but a door way more open than before for the Belgian team to score.

The turning point of China came at the 55h minute when Peng Yang earned the team a penalty stroke. Gu Bingfeng took the shot and lived up to everybody's expectation. Followed by Liang Meiyu two minutes after, China staged one of the most out-standing come-backs with a 2-0 in full time, having put in their whole heart to keep the Olympic dream alive.

Each team scored one goal in the five-round penalty shoot-out. Then came the "sudden death", meaning whoever scores in the sixth round, or if nobody did, in unlimited repetitions, survives. The other is eliminated.

China is now en route to the 2020 Tokyo Olympic Games. In post-game team meetings, the one thing mentioned over and over again by the head coach was: "From now on, believe in yourself."

They should. With half of the players born after 1994, the magicians of this qualifier lack experiences of big international tournaments. Having taken the roller-coaster from yesterday, the last thing they should do is to doubt why they lost the first match, and for the Belgian players also, after a heart-breaking loss today.

Bravo to the "lotus flowers on a snow mountain" and "red panthers." It's been a pleasure watching you play.

Reflect. Improve. And play on.