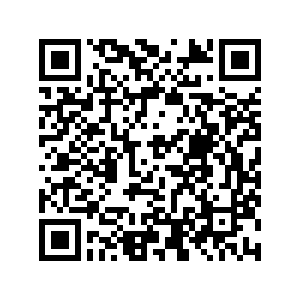 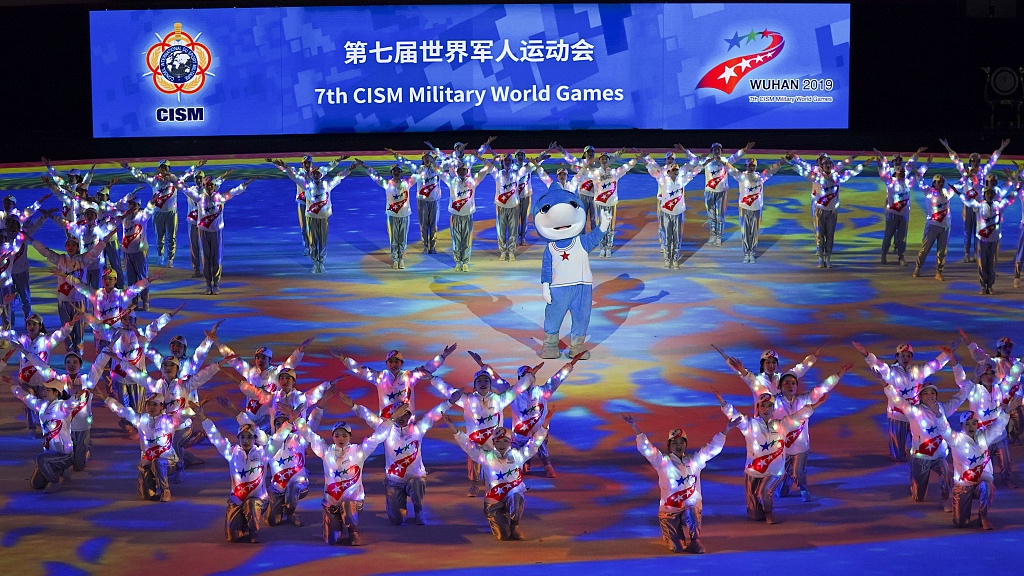 It all began on one cloudy day in May 2015 when the central Chinese city of Wuhan dropped a bombshell announcing that it had won the bid to host the 2019 Military World Games – a grand gathering of thousands of soldiers from around the world and second only to the Olympics in terms of scale.

There were fears that Wuhan might not be up to the task of staging China's most important international sporting event since 2008. In addition, there were serious concerns over whether there would be a clear social and economic rationale for the event that goes beyond simply hosting a limelight-hogging extravaganza.

The unyielding support, cooperation and dedication from all levels of government had raised the hopes of the Wuhan organizers, but a race against time to develop and upgrade the city's infrastructure dented optimism as the volume of public disquiet about the never-ending construction projects grew louder. 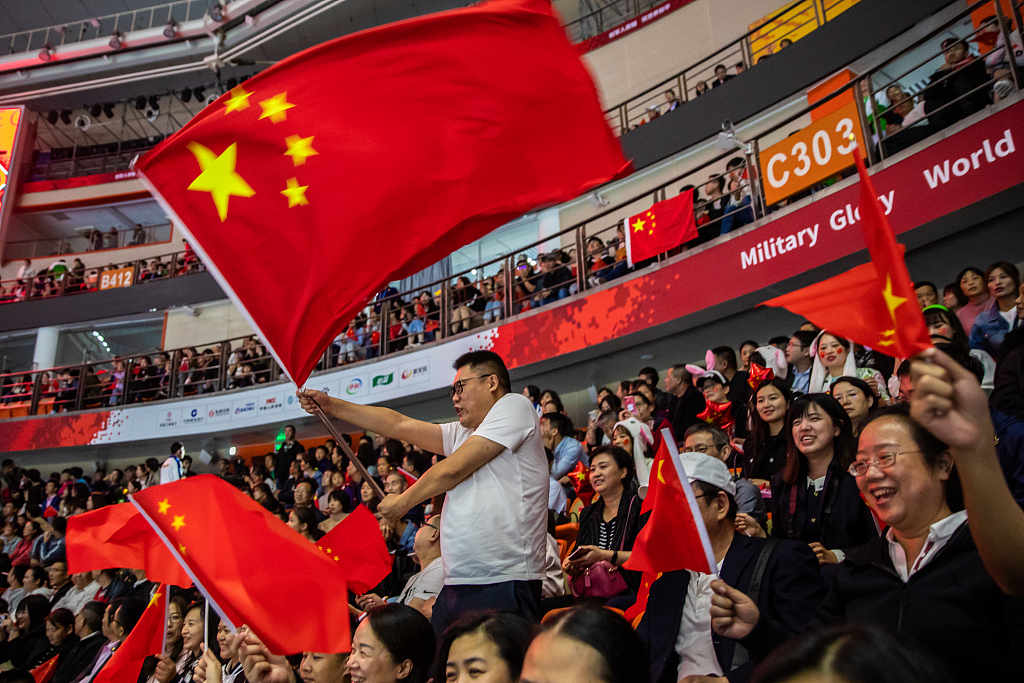 Athletes are cheered on by a consistently full house at the 2019 Military World Games in Wuhan. /VCG Photo

Athletes are cheered on by a consistently full house at the 2019 Military World Games in Wuhan. /VCG Photo

Fast forward four years and the tables have turned. The 2019 Military World Games concluded gloriously after bedazzling the world with sporting brilliance, unprecedented geographical reach, unwavering promotion of peace and friendship, and unrivaled spectacle of opening and closing ceremonies.

Within a span of 10 days, the highlights flowed thick and fast. Under the motto "Share friendship, build up peace," a record 9,308 military personnel from 109 countries and regions graced the stage in Wuhan in a record 27 events.

China achieved its best-ever gold medal haul of 133 on the back of thorough preparations, steely commitment and virtuoso performances. With 67 Olympic and world champions turning out for the jamboree, seven world records were smashed and 85 International Military Sports Commission (CISM) affiliated records were broken. 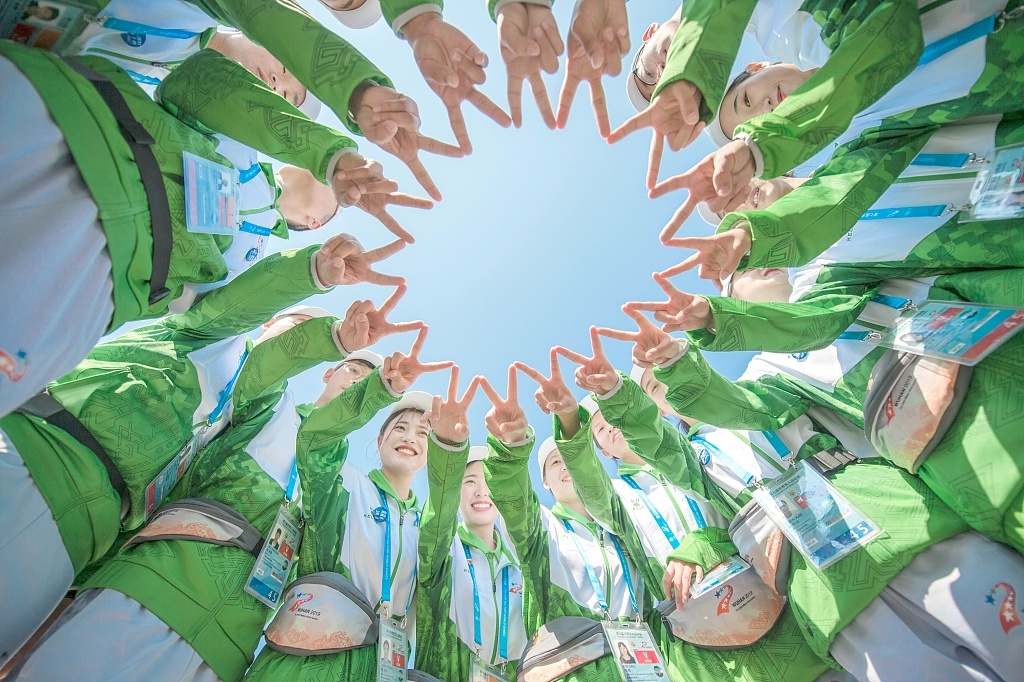 CISM President Herve Piccirillo, who was a living embodiment of jollity and cheerfulness at the closing gala on Sunday, showered praise on Wuhan, saying the hosts "have excellently completed the mission" and the Military World Games will leave the city "unparalleled tangible and intangible heritage for the future generations."

It evidently helped that so many locals were extremely zealous about the Games, which were truly omnipresent as special banners and flags found their way into every nook and cranny of Wuhan.

It was the first time all competitions for the Games were staged in a single city, and to the pleasant surprise of the organizers, the tickets to a host of events became the hottest commodity in Wuhan. The organizers said more than 600,000 tickets were flying off the shelves.

The atmosphere within the 5G-powered venues was second to none. From the intensity of the Naval Pentathlon at Mulan to the thrill of the Parachuting at Hannan and the zest of the Orienteering at Jiangxia, exhilarated crowds packed out almost every venue. For the memorable moments in the Wuhan Sports Center, at the Yishan Golf Club or on East Lake, the buzz stood comparison with any sporting event ever held in China. 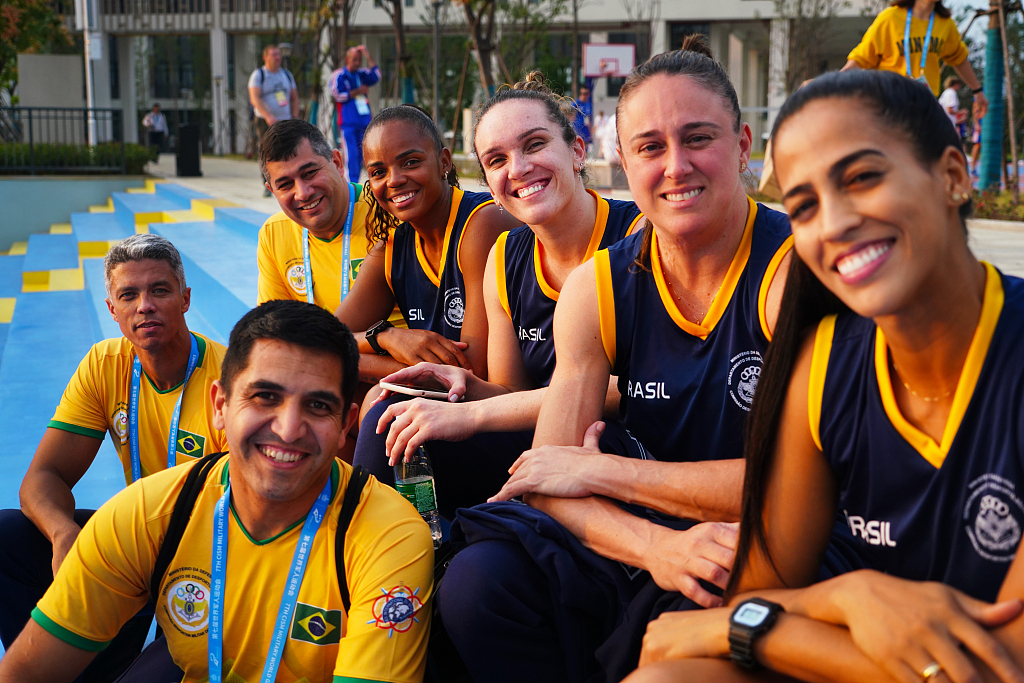 Smiling soldiers united in the 2019 Military World Games in Wuhan, sending a message of fraternity, solidarity, tolerance and friendship to the whole world. /VCG Photo

Smiling soldiers united in the 2019 Military World Games in Wuhan, sending a message of fraternity, solidarity, tolerance and friendship to the whole world. /VCG Photo

That's due in no small part to over 250,000 volunteers, who are frequently the unsung heroes when it comes to the crunch. The sense of warmth, intelligence, proficiency and humility they brought to long days of performing ordinary tasks in their eye-catching white-and-green uniforms was noteworthy and highly commendable. Their firm belief that they were part of something bigger rubbed off on the rest of the city.

By any measure, Wuhan has delivered on its promise of fostering international cooperation and building peace through sport. As Piccirillo said, "Beyond the Games, it is all the Chinese people who are spreading this message of solidarity and peace."

Moreover, the newly-built Athletes' Village, stretching over 565,000 square meters, earned rave reviews and successfully served as a bridge between a swathe of different cultures. Sports fields were noted for some endearing interactions among soldiers who merrily traded lapel pins that were made as mementos of each Games. 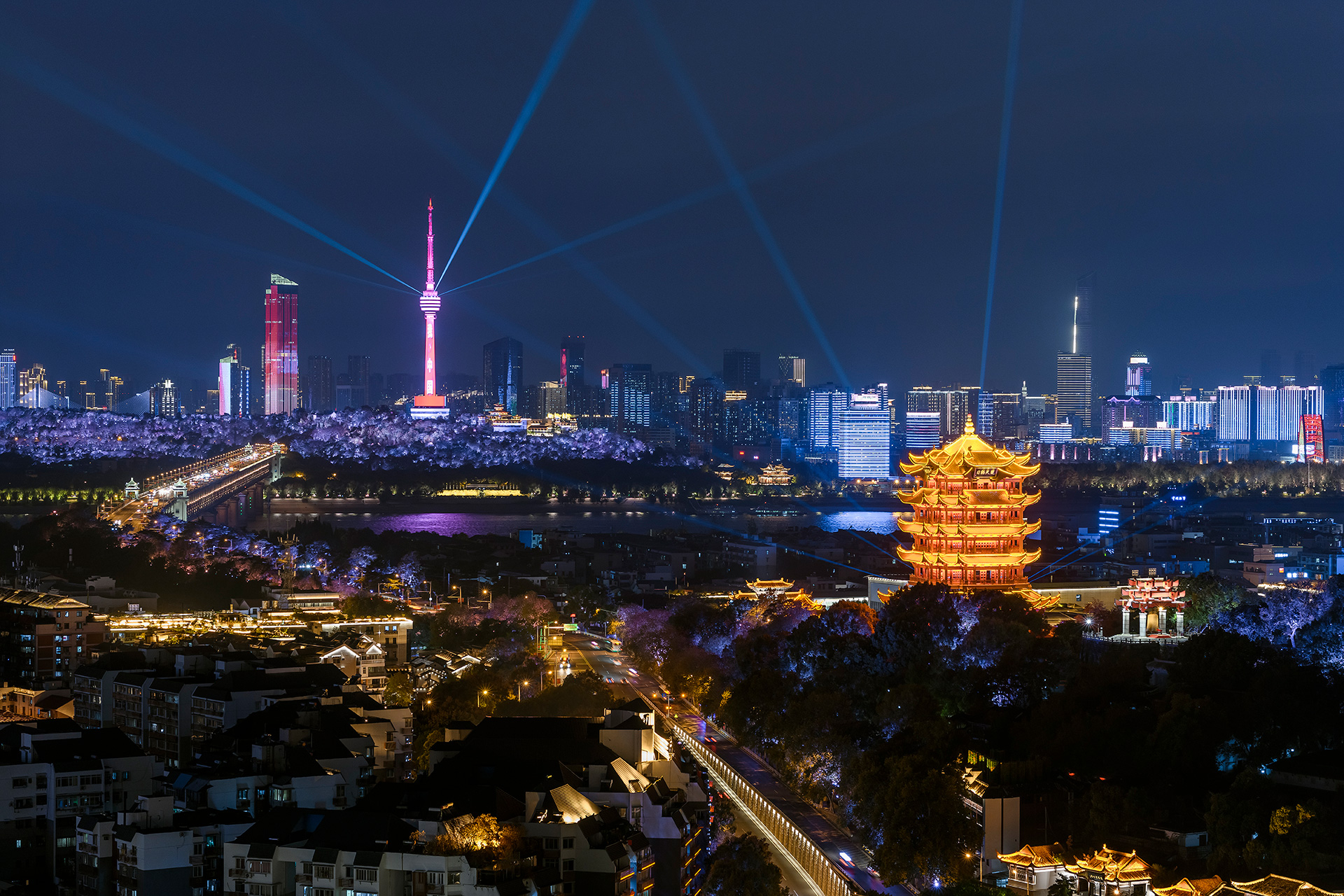 A stunning night show featuring Yellow Crane Tower is staged along the Yangtze River during the 2019 Military World Games in Wuhan. /Courtesy of photographer Yu Chenghu

A stunning night show featuring Yellow Crane Tower is staged along the Yangtze River during the 2019 Military World Games in Wuhan. /Courtesy of photographer Yu Chenghu

Wuhan also deserves praise for meticulous attention to detail in planning and obsessive focus on efficiency. The smooth performance of its various transport systems provided more than enough insurance during the fortnight when the huge deluge of visitors descended on the metropolis.

One thing Wuhan did exceptionally well was to carry out a roadmap that was underpinned by a responsible fiscal strategy. Instead of hosting the Games as an end in itself, the organizers put top priority on its long-term sustainability. From the very beginning, creating a post-Games legacy was at the heart of their planning.

The major infrastructure of the Games was designed and located with future housing and commercial development in mind. Even the Main Media Center, where all furniture and equipment were on loan from contractors, will be turned into a multipurpose gymnasium featuring an indoor ice rink, a fencing hall and an archery training center. 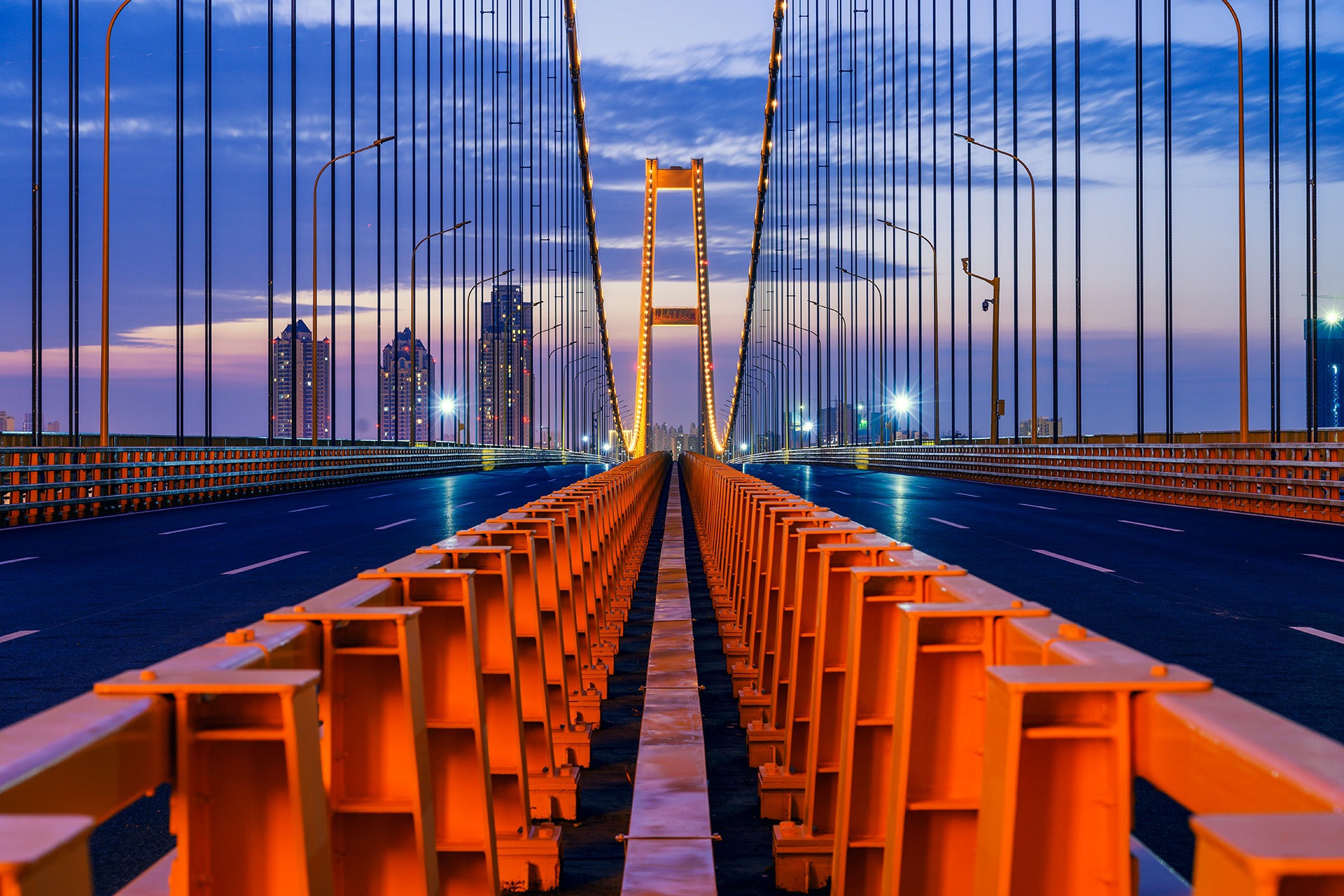 Yangsigang Yangtze River Bridge, the longest double-deck suspension bridge in the world, opens to traffic ahead of the 2019 Military World Games in Wuhan. /Courtesy of photographer Yu Chenghu

Yangsigang Yangtze River Bridge, the longest double-deck suspension bridge in the world, opens to traffic ahead of the 2019 Military World Games in Wuhan. /Courtesy of photographer Yu Chenghu

Wuhan is fully capitalizing on the opportunity to leverage the Games to accelerate its extraordinary metamorphosis from an economic backwater into an international hub for business and tourism.

There is no doubt that hosting the Games significantly bolstered Wuhan's profile and provided timely momentum for the city to start and finish projects that had been deliberated upon for years, including the world's longest double-deck suspension bridge, Yangsigang Yangtze River Bridge, Asia's largest underground urban complex in Optics Valley Square, and multiple new subway lines that spread out throughout the town.

The impressive numbers back up that claim. According to Xinhua, over the past three years, Wuhan renovated 1,300 kilometers of its urban roads and saw its metro network reach 330 kilometers in total length. Meanwhile, a staggering 360,000 trees were planted. 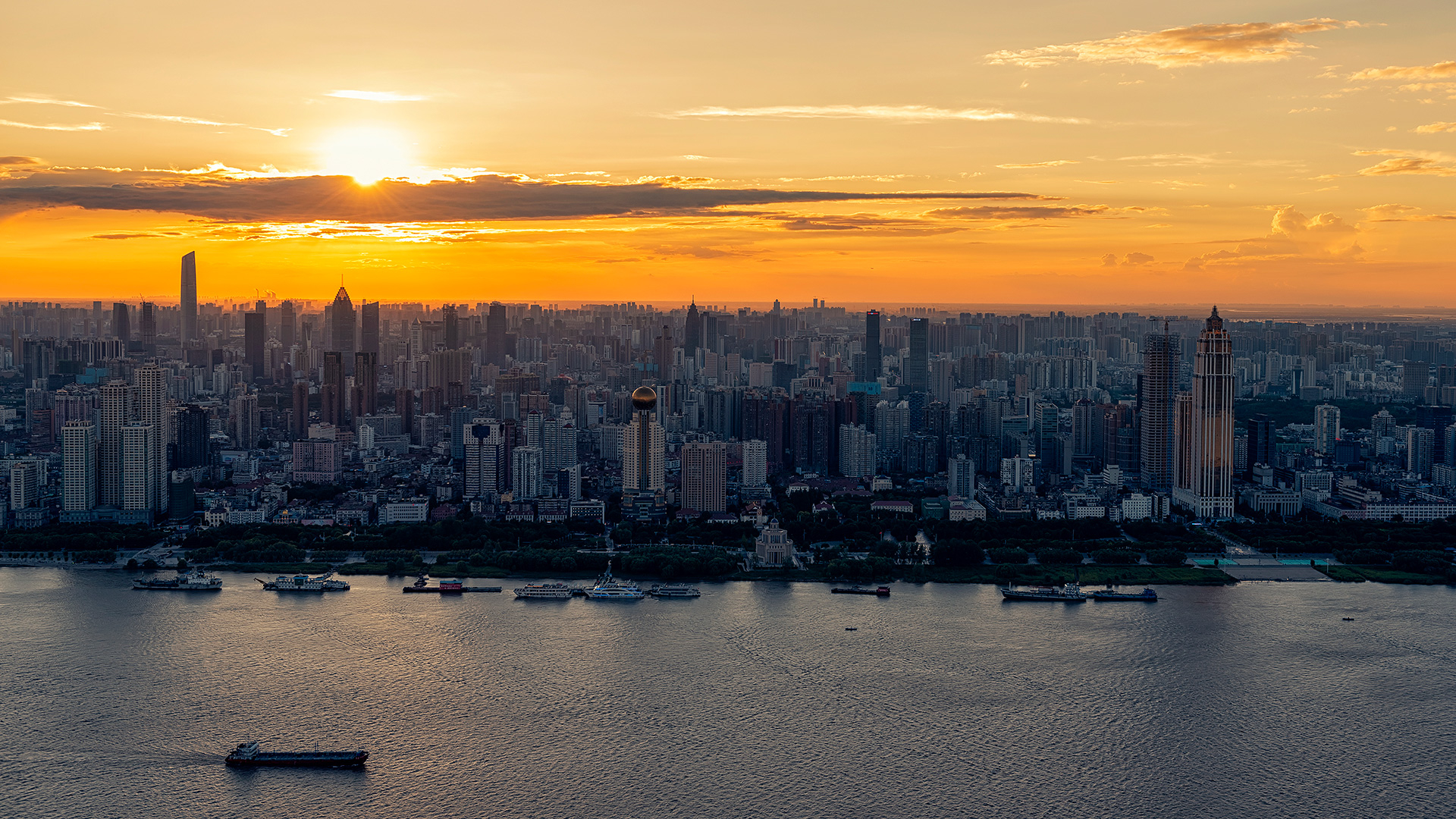 A new era has dawned in Wuhan as the city revels in the success of the 2019 Military World Games. /Courtesy of photographer Yu Chenghu

A new era has dawned in Wuhan as the city revels in the success of the 2019 Military World Games. /Courtesy of photographer Yu Chenghu

With its newfound international recognition, proven ability to stage massive sporting events and enormously positive impact on the Chinese psyche, Wuhan has even been touted as one of the potential candidates to host the 2032 Olympics. As described by Piccirillo, "The multiple venues built in line with highest standards in the world can serve any future international sports event that Wuhan may step up to host."

For Wuhan observers and local residents, this rosy picture was far beyond their wildest dreams a decade ago. Basking in the success of the 7th Military World Games, Wuhan has immensely elevated its global status, and the social, economic and cultural impacts of the event will reach far beyond the lifespan of two weeks.

Today, Wuhan is no longer in the shadows. The days are gone when the city's majestic Yellow Crane Tower and luscious hot dry noodles were almost unheard of outside China. The world is starting to take notice, and this is exactly the kind of publicity that money can't buy.