Ask China: How has China changed in sports in the past 70 years?
CGTN 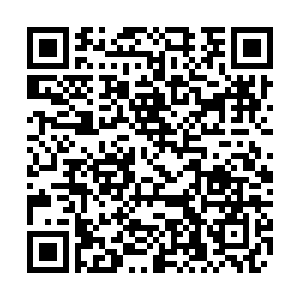 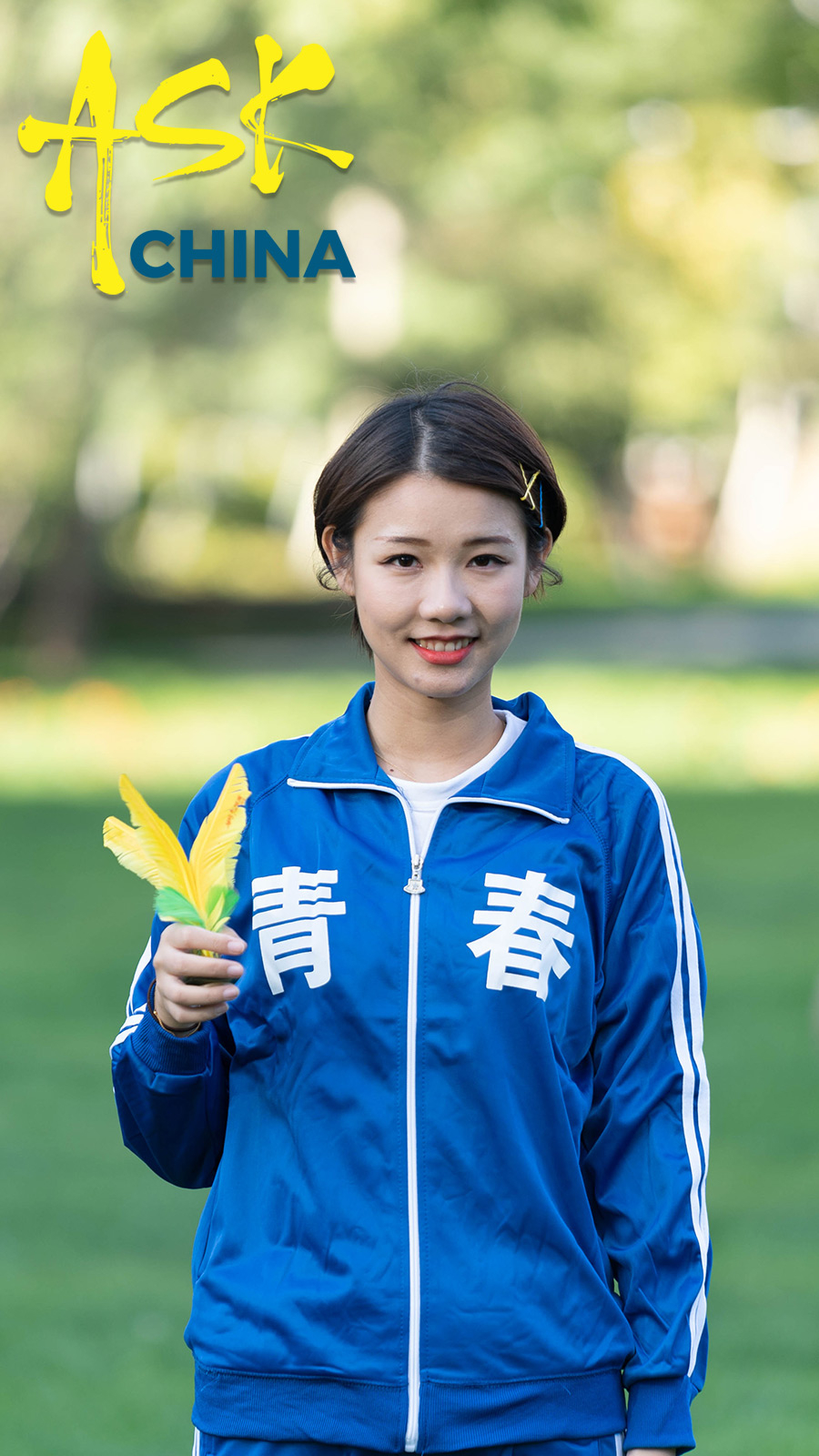 China has made countless achievements in sports since its founding in 1949. From the surge in athletes to the development of the sports industry, the country will again be on the world stage when it hosts the Winter Olympics in 2022. So, what are some of the most popular sports in China today?

This episode of "Ask China" explores the way the rest of the world understands sports in China. CGTN journeys through time to find answers. Decades ago, under the calling of developing the domestic sports industry and improving people's physical health, China broadcast the first edition of morning exercises on the radio in 1951.

Within the framework of school physical education, radio calisthenics soon became popular among Chinese students. Many senior citizens and work-unit employees were also attracted to working out this way.

Besides radio calisthenics and running, folk sports such as shuttlecock kicking, hula hooping and rope jumping were also very popular. The games were usually played in small yards in the early morning or evening, as well as during free periods at schools.

China's participation in professional sports events is marked by many groundbreaking firsts: 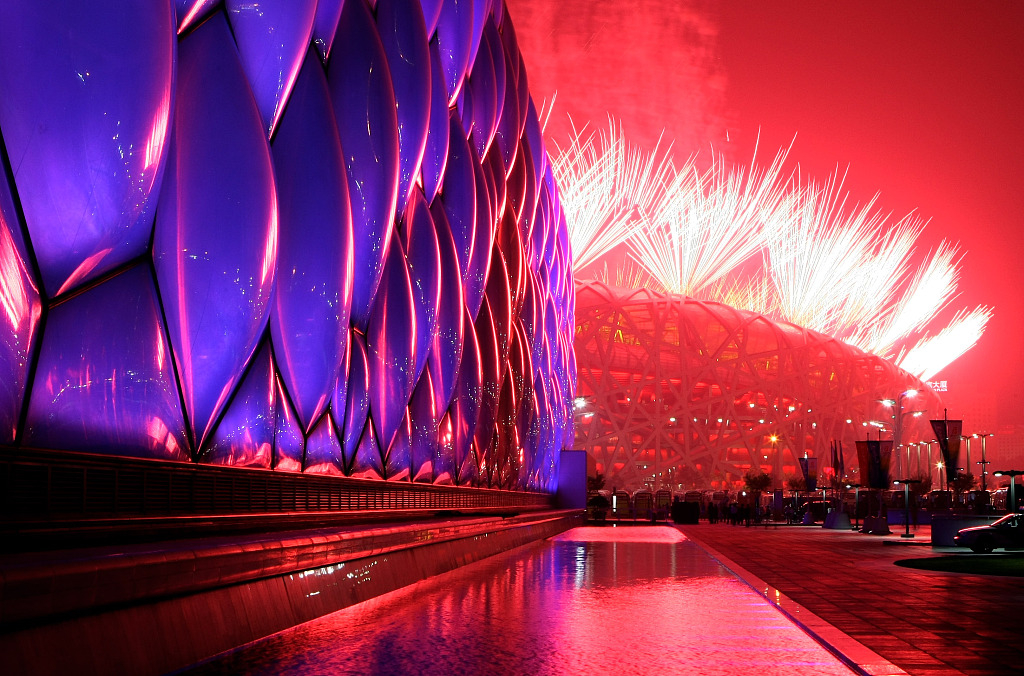 The National Aquatics Center and the National Stadium (also known as the Water Cube and the Bird's Nest) during the 2008 Beijing Olympics opening ceremony.

The National Aquatics Center and the National Stadium (also known as the Water Cube and the Bird's Nest) during the 2008 Beijing Olympics opening ceremony.

China's rise in professional sports events has massively helped to popularize sports such as basketball, tennis, swimming and football. By 2014, there had been 600,000 venues for playing basketball in China. In 2016, Chinese football fans reached over 100 million.

As Beijing is going to host the 2022 Olympics Winter Games, more people have taken part in the winter sports events, such as speed skating, curling and skiing, with winter sports festivals held across the country each year. By 2020, ice and snow sports will be introduced to 2,000 schools nationwide, and 300 million people are expected to take part in the competitions. By 2022, China will see over 650 skating centers around the country.

Since China rolled out its national fitness plan to promote maintaining a healthy lifestyle in 1995, the Chinese have been engaging in fun, trendy and relaxing ways of keeping fit.

They are showing an increasing enthusiasm for exercises, including square dancing, yoga, jogging and modern fitness. The yoga market in 2018 reached 32.21 billion yuan (4.56 billion US dollars). Meanwhile, around 1,580 marathon events involving 5.8 million runners were held in 2018, and another 100,000 plus people participated in a national square dancing competition in the same year.

In the past 70 years, the Chinese have become more aware of the importance of fitness. The country's sports venues have dramatically increased from 4,982 to 3.1 million. The average expected longevity of a Chinese citizen has also experienced an astonishing increase from 35 years old to 77. From 2014 to 2018, the volume of China's sports industry has expanded from 1.35 trillion yuan to 2.2 trillion yuan, with a yearly growth rate of 18 percent. 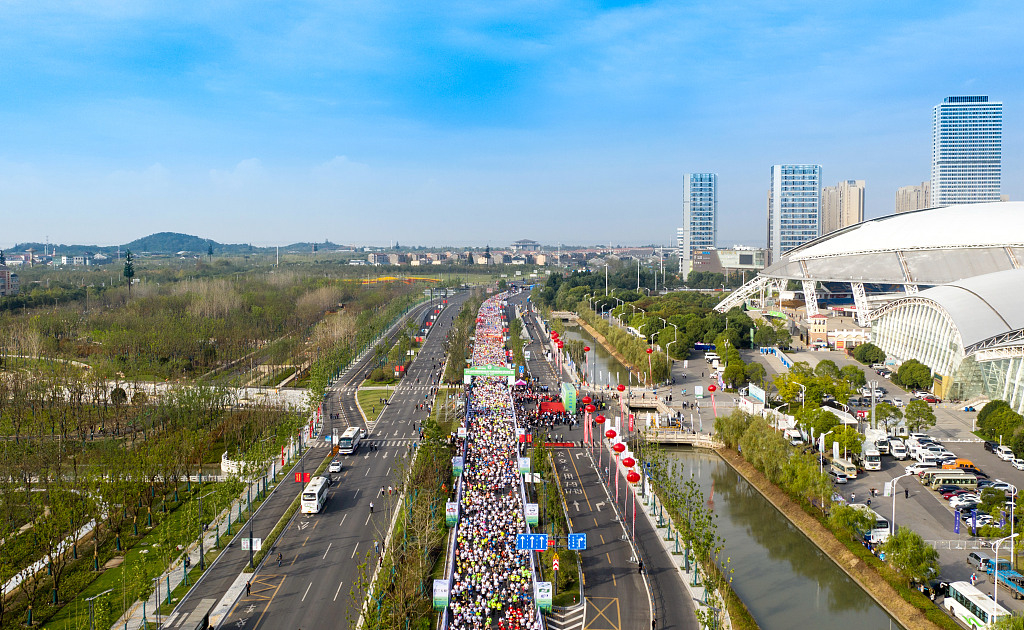 With national fitness being ingrained in people's daily lives, what lies ahead is a healthier and happier future for everyone.