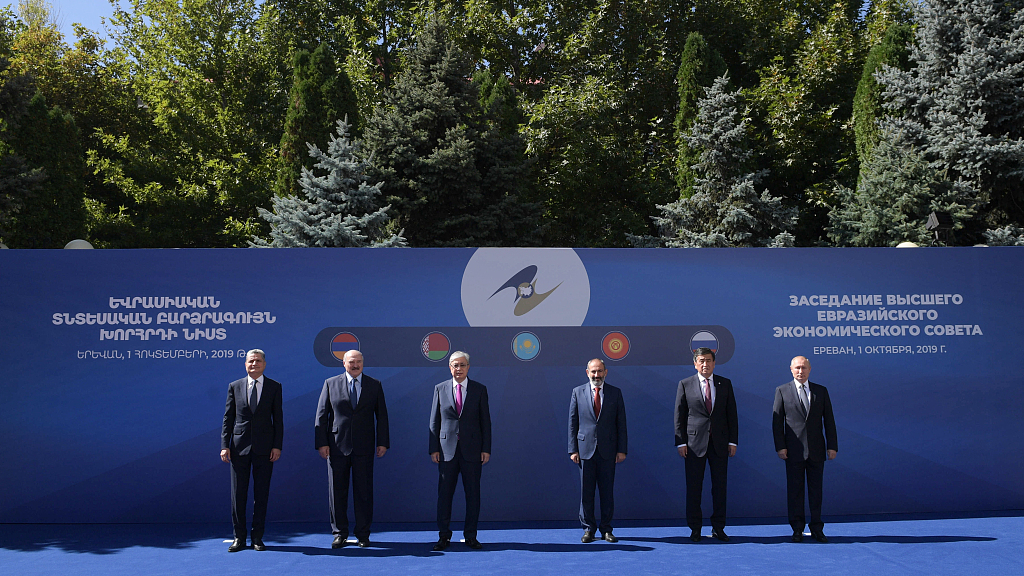 A group photo during a meeting of the Supreme Eurasian Economic Council in Yerevan, Armenia, October 1, 2019. /VCG Photo

A group photo during a meeting of the Supreme Eurasian Economic Council in Yerevan, Armenia, October 1, 2019. /VCG Photo

On October 25, the agreement on economic and trade cooperation between the Eurasian Economic Union (EAEU) and China entered into force.

The EAEU is an economic union, which comprises Armenia, Belarus, Kazakhstan, the Kyrgyz Republic and Russia. It applies a common tariff at its external borders. The EAEU has concluded free trade agreements with Egypt, Vietnam, Iran, Singapore and Serbia. Prior to the Ukraine crisis in 2014, the founders of the EAEU had great ambitions of creating a giant economic integration project "from Lisbon to Vladivostok" or even "from Vancouver to Vladivostok."

However, after the confrontation between Russia and the Western countries, the EAEU has shifted its ambitions to "from Murmansk to Hong Kong" with increasing interest in developing closer economic ties with China.

On May 8, 2015, Russia and China issued a joint statement concerning cooperation for the conjunction of the EAEU and the Belt and Road Initiative (BRI), where Russia expressed its support of the BRI and China agreed with Russian efforts in furthering economic integration of the EAEU.

The preamble of the EAEU-China trade deal includes the recognition of the "importance of economic integration in the Asia-Pacific and Eurasia and the importance of conjunction of the Eurasian Economic Union and the Belt and Road Initiative as a means of establishing strong and stable trade relations in the region."

Unlike the free trade agreements, the EAEU-China deal will not reduce the tariffs for the participating countries. However, it will increase the transparency of trade regulations, simplify customs procedures and promote business relations among companies from China and EAEU countries. 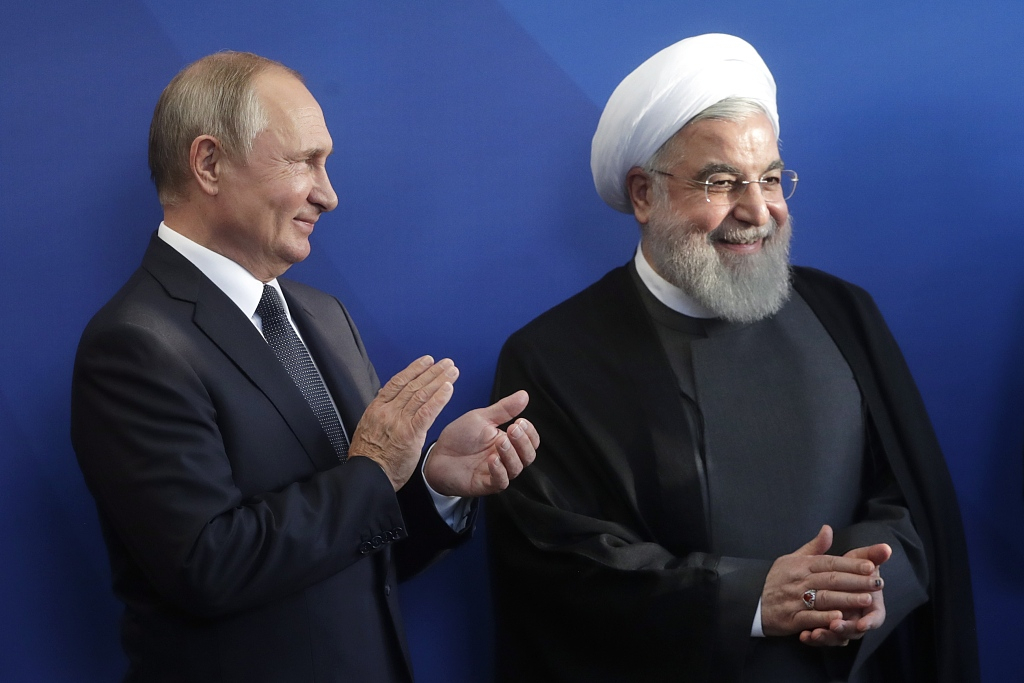 First, the EAEU-China trade agreement pioneers the field of multilateral trade agreements linked to the BRI. It should be seen as an initial significant step toward trade liberalization, as the reduction of tariffs can be added to the agreement at a later stage. It will also extend the World Trade Organization's principles of most-favored-nation treatment and national treatment to the Chinese goods in Belarus, even though this country is still in the process of accession to the WTO.

Second, the entry into force of the EAEU-China trade agreement is an important step in the progress of the BRI, which has unimpeded trade as one of its core pillars. Although the trade volume between China and EAEU members may not be as significant as that of China and the European Union, the EAEU countries remain very important for the transit of goods through the China-Mongolia-Russia, China-Central Asia-West Asia (passing through Kazakhstan and Kyrgyzstan) economic corridors envisioned in the 2015 BRI Plan of Action.

Furthermore, the Northern Sea Route, which will eventually open for commercial navigation, will also be covered by the agreement and added to the BRI transit routes linking China and Europe.

Regional facilities' connectivity will also be strengthened by the EAEU-China agreement, as it will significantly facilitate the cross-border movement of goods through the simplification of customs and other inspection procedures.

For instance, it will integrate the National Single Window systems of the parties: The Integrated Information System of EAEU and China's Central E-Port system. This means lower administrative costs for businesses transporting Chinese goods through the EAEU onwards to Europe or in the opposite direction over land.

The EAEU-China agreement also opens a new chapter in the parties' cooperation in the field of infrastructure, a "trademark" of the BRI. The EAEU has been criticized for lack of attention to the integration in the transport and logistics infrastructure and strengthening of trans-border industrial cooperation, which could further stimulate internal trade flows. It should be expected that in cooperation with China, the EAEU members will be able to enhance their transport infrastructure serving both the BRI and the EAEU projects.

It also allowed the EAEU states to negotiate with China as a group, which helped to promote an internal coherence of its members vis-a-vis a significantly stronger economic power such as China. The creation of the Joint Commission, envisaged by the agreement, will further strengthen its institutional framework of the EAEU and its Eurasian Economic Commission. Finally, this trade facilitation deal with China will further increase the attractiveness of the EAEU for prospective members such as Tajikistan.