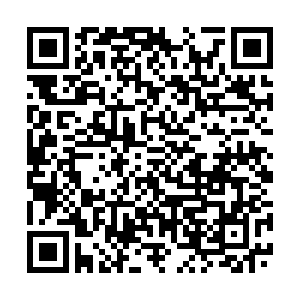 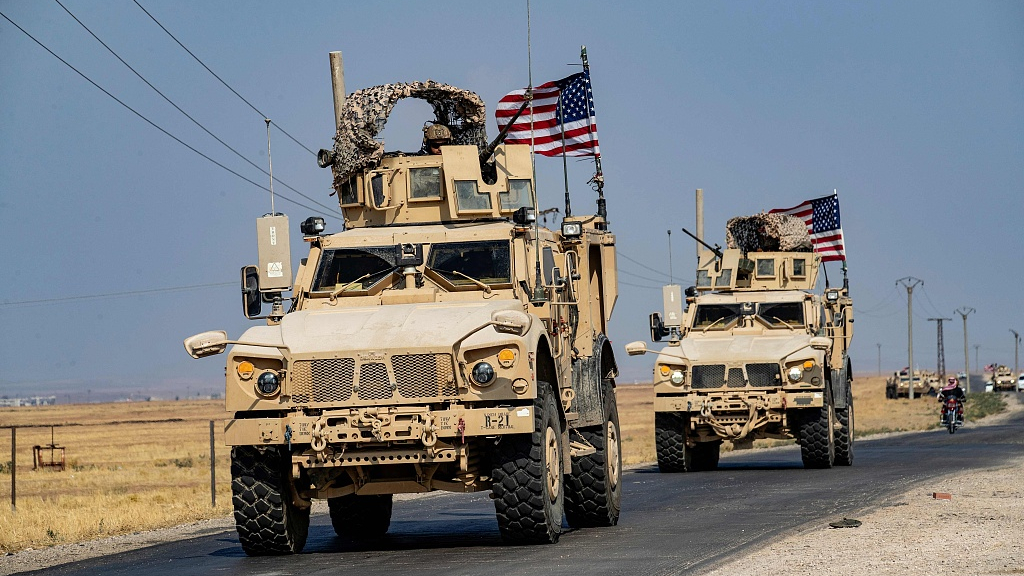 U.S. military vehicles, part of a convoy arriving from northern Iraq, drive through the countryside of Syria's northeastern city of Qamishli on October 26, 2019. /VCG Photo

U.S. military vehicles, part of a convoy arriving from northern Iraq, drive through the countryside of Syria's northeastern city of Qamishli on October 26, 2019. /VCG Photo

To the utter shock of every last pundit, official, and politician in the South and the North alike, the United States plans to seize control of Syria's oilfields, and they will repel anyone else trying to take that oil with "overwhelming force."

U.S. Defense Secretary Mark Esper said that this is the chief military goal of the U.S. in the war-torn country, which will include sending more troops and tanks to "deny access" to the oil reserves to either Russia or the Syrian government.

The U.S. is trying to build this narrative under the pretext of keeping ISIL from reclaiming the oil deposits, since they held them once. The problem is that the terrorist group is already on the run and barely exists. In addition, keeping Syria's oil away from Syria is a potential problem under international law and the Charter of United Nations, even if the U.S. gives some of the money to the Kurdish Syrian Democratic Forces (SDF) to support its military mission there.

This is while the oil theft business has shamelessly been going on for years, with no backlash from the international community. Indeed, the new oil scheme without Syria's consent is not the first of the Pentagon campaign to ensure the illicit trade will go on as usual. It's part of a planned provocation to escalate the conflict. The idea is to support occupation and provide sanctuary for "moderate" jihadis (Hayat Tahrir al-Sham, formerly Jabhat al-Nusra) who are foot soldiers in America's resource war against Syria.

What's more, the U.S. needs northern Syria for its international commodity dealers, oil autocrats and the rest of the official Washington crew, all belonging to "the indispensable nation", who fund Pentagon and soaring national security state budgets through their purchase of black-market oil. Lest we forget, Russia just recently revealed aerial surveillance and satellite imagery showing oil-tanker trucks stretching from U.S.-controlled territory into the Mediterranean and beyond. 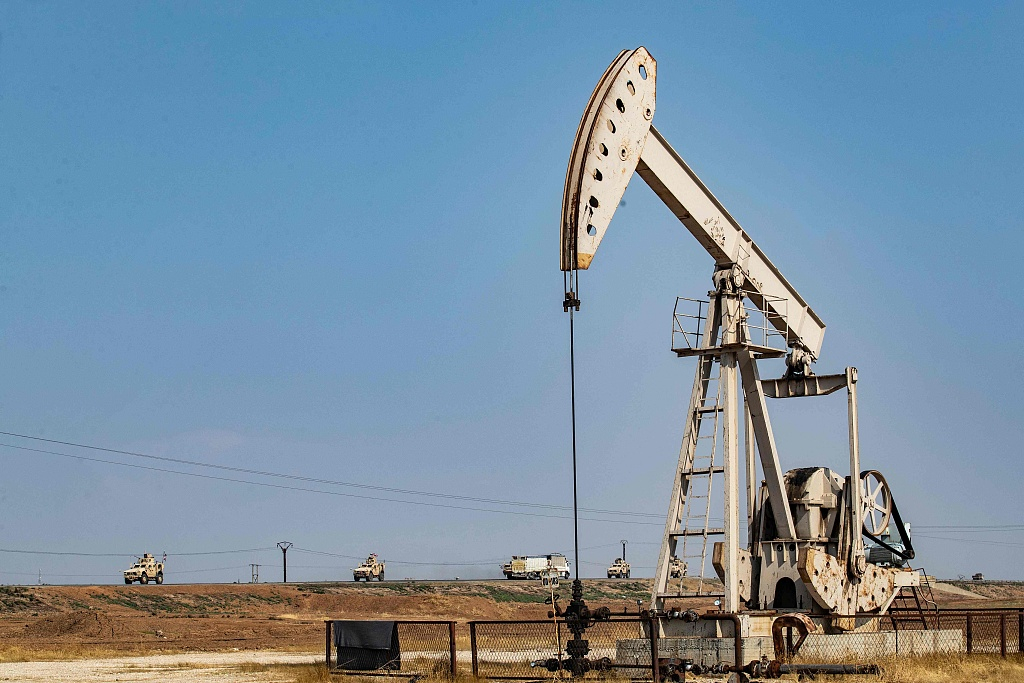 A convoy of U.S. military vehicles, arriving from northern Iraq, drives past an oil pump jack in the countryside of Syria's northeastern city of Qamishli on October 26, 2019. /VCG Photo

A convoy of U.S. military vehicles, arriving from northern Iraq, drives past an oil pump jack in the countryside of Syria's northeastern city of Qamishli on October 26, 2019. /VCG Photo

In our grim world, consider it an irony that tank trucks guarded by U.S. military servicemen and private military companies are still exporting oil from the fields in Syria to other countries. These are the same reserves that should be used for reconstruction efforts, which may cost as much as 200 billion U.S. dollars, including support for the rightful owners of the oil – civilians, internally displaced persons, and refugees.

Significantly, the plot thickens when we realize the Syrian oil is extracted with the use of the equipment supplied by certain Western corporations. Given that the cost of one barrel of oil smuggled from Syria is reportedly 38 U.S. dollars or more, the monthly revenue of this illegal business exceeds 30 million U.S. dollars.

These are serious allegations that the U.S. can no longer afford to downplay. In fact, the evidence to the allegations is so huge that it has forced U.S. officials to change their tune – after previous denials. Here is the strange thing with the way they are presenting this new moral low. From one hand, they admit they are involved in trading Syrian oil. On the other, they claim it is "of no significance," which is willful ignorance.

And that should qualify as odd indeed. Based on the mounting evidence gathered by Russia, the amount of oil being smuggled is extremely high, is worth hundreds of millions of U.S. dollars, and has increased over time. The U.S. State Department admits it is still business as usual, which proves the Trump administration is well aware of the dealings and does nothing about it – trading their integrity instead.

The major architects of the Syrian tragedy should take note. Their dream of having the Arab state under their belts is down in flames. They should stop fooling themselves with new geopolitical-financial motivations. By any possible interpretation of international law, if there's any side of the war the international community should be joining, it's not with the U.S. and its oil autocrats. It's with Russia, Iran, Syria, and Turkey.

In the midst of such an embarrassing story, unless something is done properly, Washington's black-market oil trade will destroy any hope left for peace and democracy in Syria. From Iran, Russia and Turkey to Europe, every government actively involved in the Syrian peace process bears responsibility for stopping this illegal scheme. It is their responsibility to stop Washington and its oil autocrats on their tracks.

It is also their responsibility to step up the international campaign to settle the Syrian refugee question, and back restoration of Syria's territorial integrity. In the era of Washington's war on terror, if they ditch their responsibilities, or worse, steer away from the UN Charter and international law, it will become even more difficult to find a comprehensive, constitutional solution for the Syrian tragedy.