What can be extracted from the CPC plenums?
The Point with Liu Xin 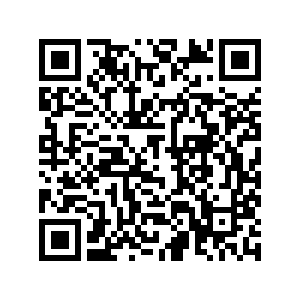 The Central Committee of the Communist Party of China (CPC) held one of its regular closed-door meetings this week. This is the fourth such meeting since the 2017 Party Congress when Chinese President Xi Jinping commenced his second term in office.

The official agenda of the plenum is how to uphold and improve the system of socialism with Chinese characteristics and also to discuss how to modernize Chinese governance for future decades. Other topics, such as the ongoing political unrest in Hong Kong and the protracted trade war with the United States, may also be discussed.

Einar Tangen, a current affairs commentator, described the plenum as the ''three Ms: message, means, methodology. This has been on the agenda since Xi came into office, it's part of the anti-corruption drive, it's part of trying to insist that people are more firmly vetted before they are allowed into the Party.''

The private meetings provide an opportunity for China's leading politicians and delegates to sketch work through any internal difficulties and coalesce around a coherent long-term plan for the future of China. ''The Party has to update and reform itself. Over the past few years, there were lots of reform measures being made, and now is the time to summarize and institutionalize at this crossroads.''

The plenums are seen as integral to the success of the Communist Party of China. It was at a now historic plenum in 1978, overseen by Deng Xiaoping, that China decided to embrace dramatic fiscal reforms that would transform the country into an economic powerhouse.

The Communist Party of China is at the heart of Chinese society and according to Einar Tangen, the plenum gives leaders the chance to reflect and make sure the government is serving the people: ''The Party is central to the governance of China, but the Party must earn the privilege of being at that central place.''