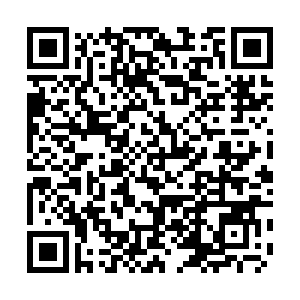 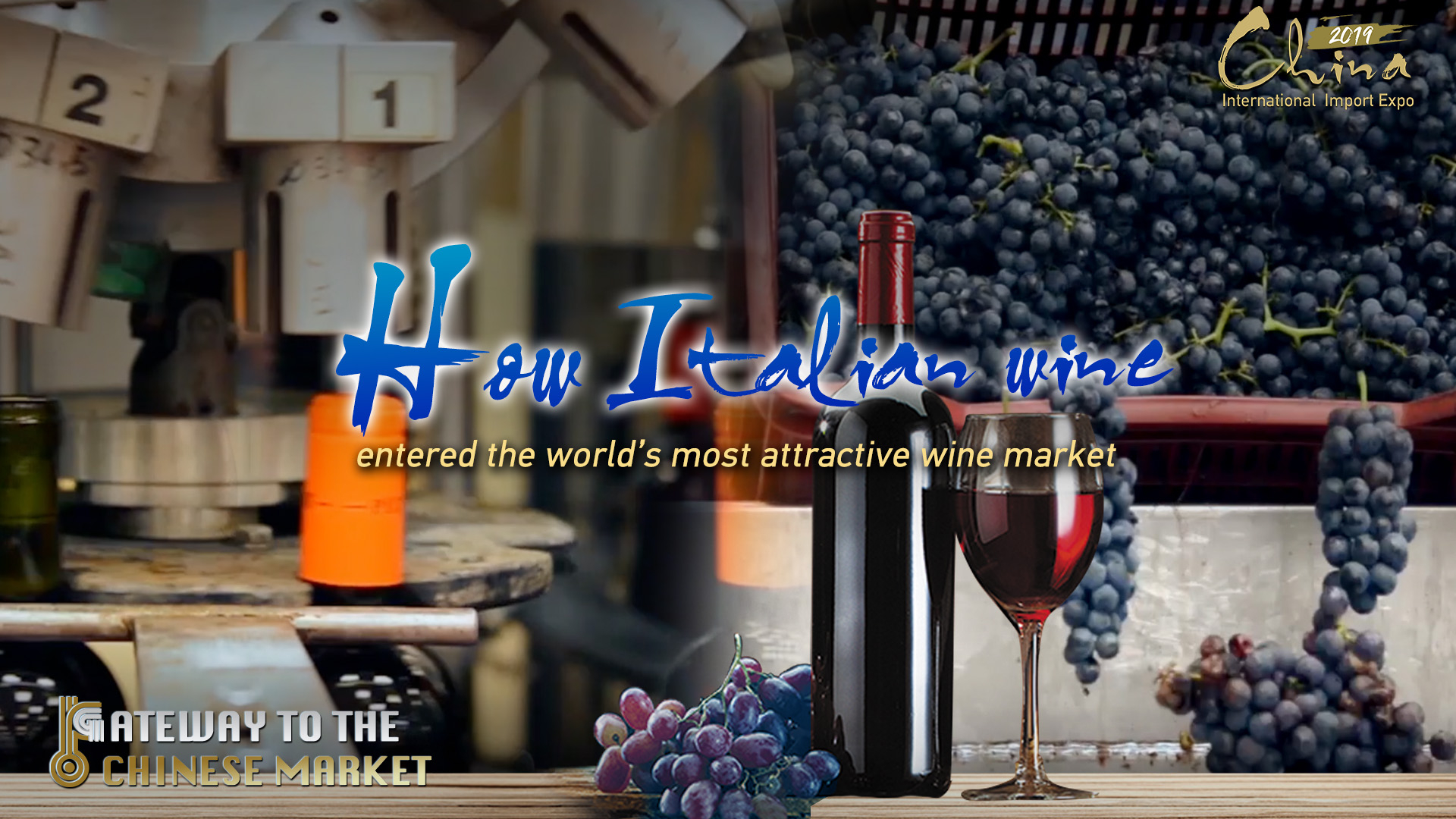 China is set to become the world's second largest wine market by 2020, when sales of still and sparkling wine are expected to reach 21 billion U.S. dollars, according to the wine industry's Vinexpo's 2017 report.

The newly released figures from China's top customs regulator, the General Administration of Customs, showed imported wines account for around 40% of the Chinese wine market. In 2018, the Chinese market consumed 730 million liters of imported grape wine valued at nearly 9.7 billion U.S. dollars. Before that, imports of wine rocketed nearly tenfold in a decade. 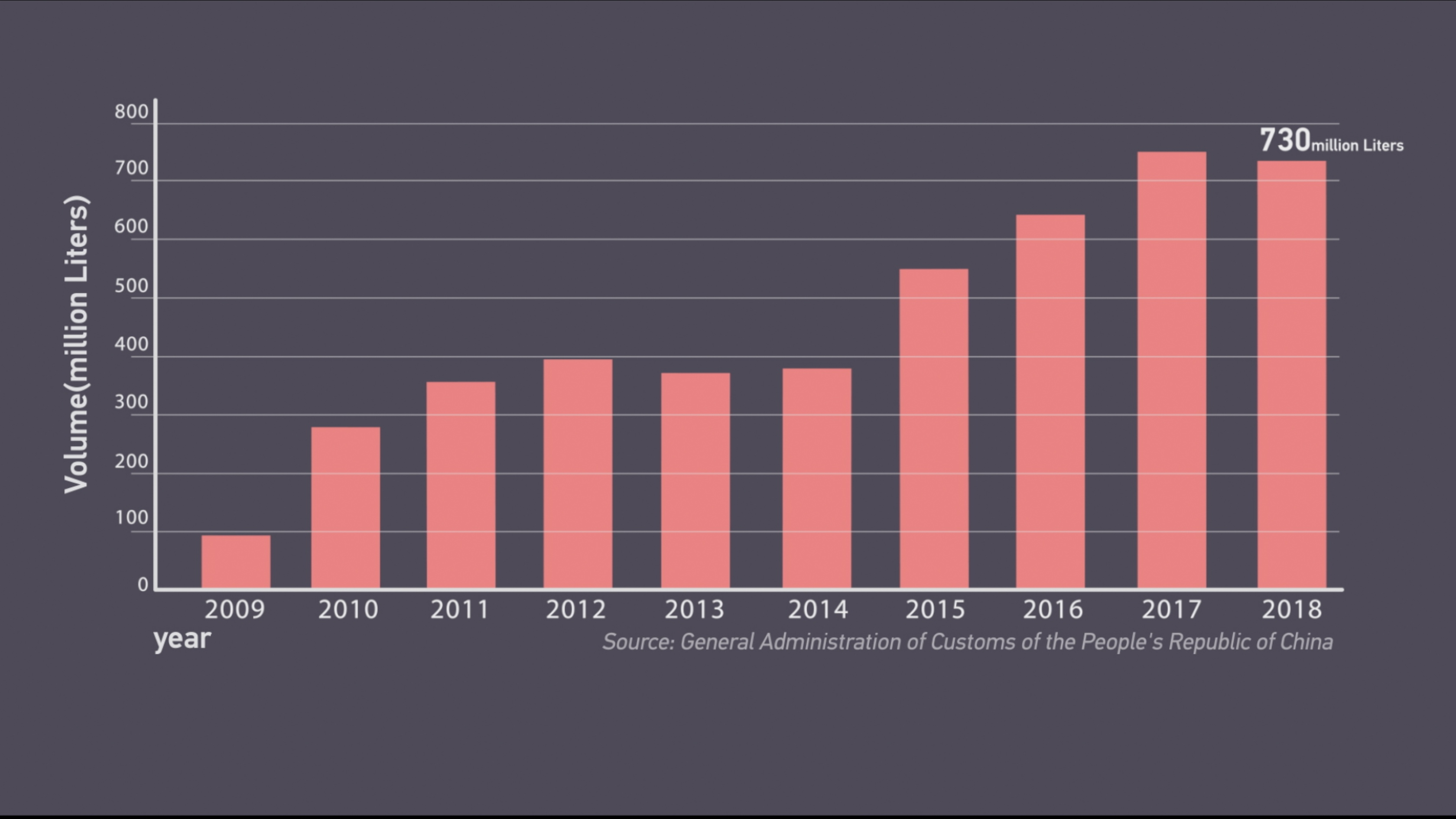 In 2018, France remained China's biggest wine source, followed by Australia, Chile, Spain, Italy and the U.S., according to the China Association of Imports and Export of Wine & Spirits (CAWS). 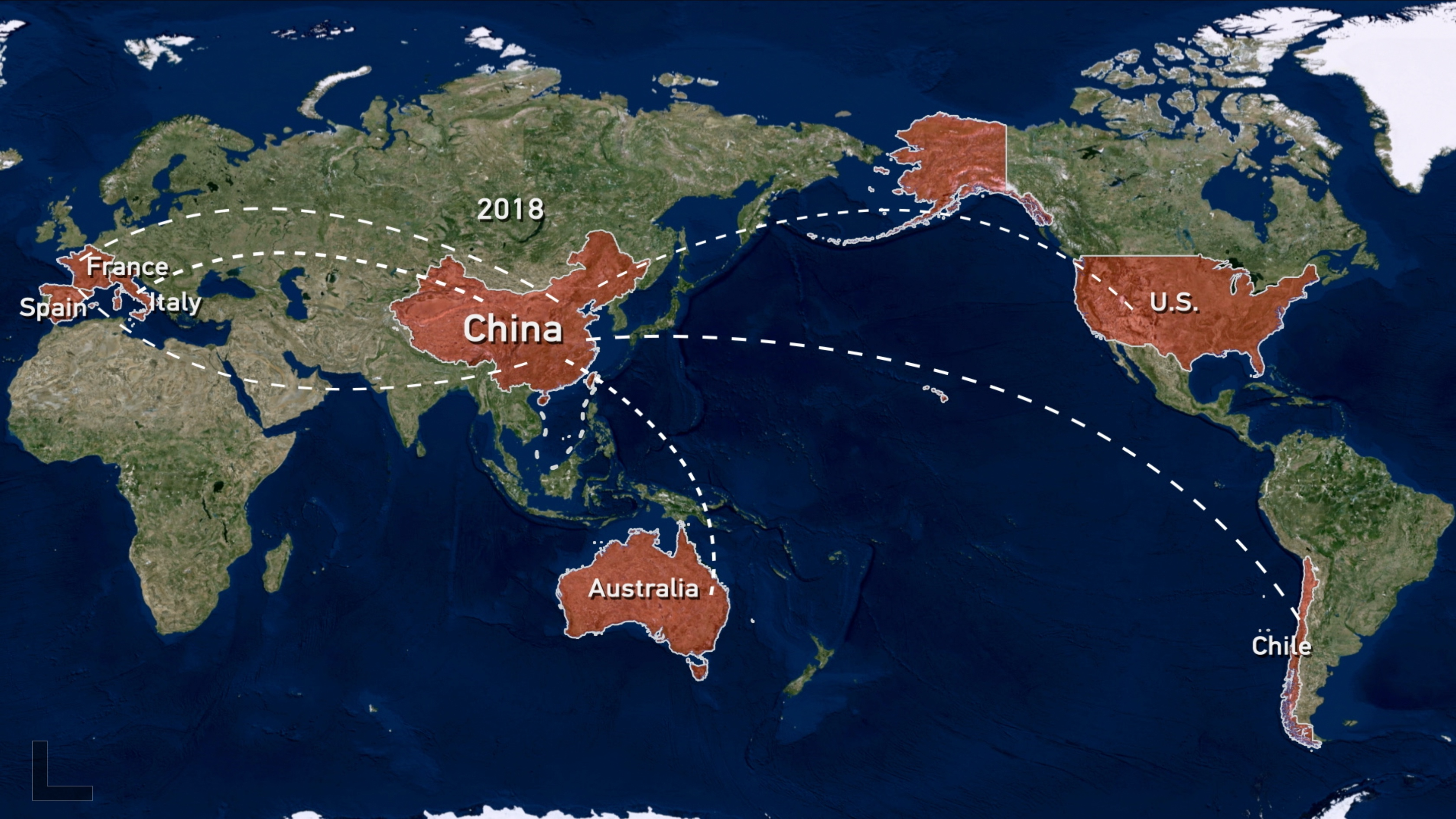 Italy is the largest wine producer in the world. Yet, its market share in China's wine market only stands at seven percent, albeit on a growing trend. 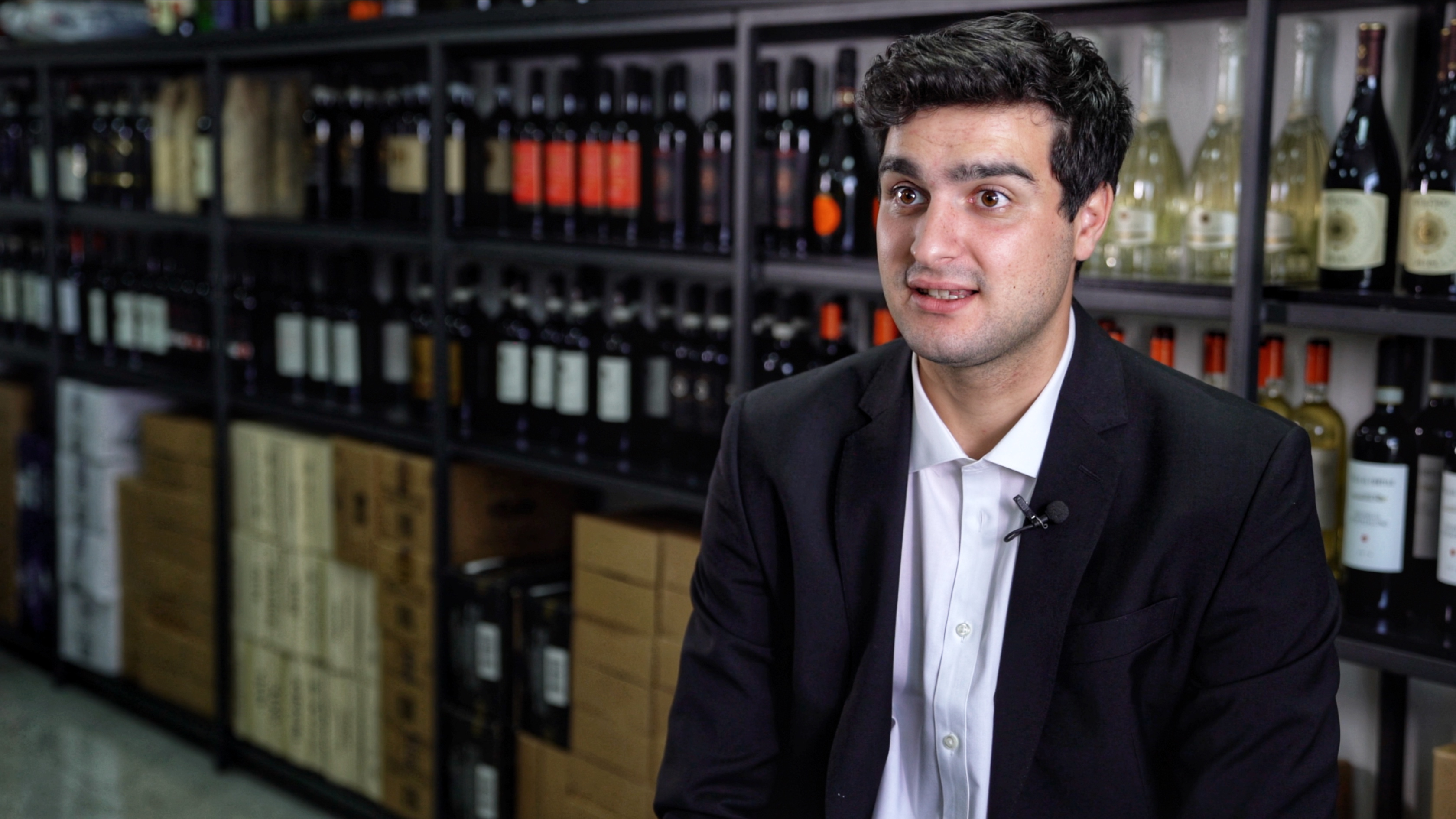 "Another reason is Italian wine is quite complex. There are more than 500 indigenous Italian wine grapes to make wine from, which is very complicated and might make it harder for Chinese consumers to make a choice," Piccini added.

While there are several challenges with this market, such as market access and cultural differences, opportunities also exist for Italian wine makers.

In 2018, the Chinese consumed an average of 1.2 liters per person per year compared to 50 liters in France, 44 liters in Italy and 9.9 liters in the U.S., according to Wine Australia. However, as living standards in China improve, Chinese consumers' thirst for wine is largely increasing and the market has much more potential. 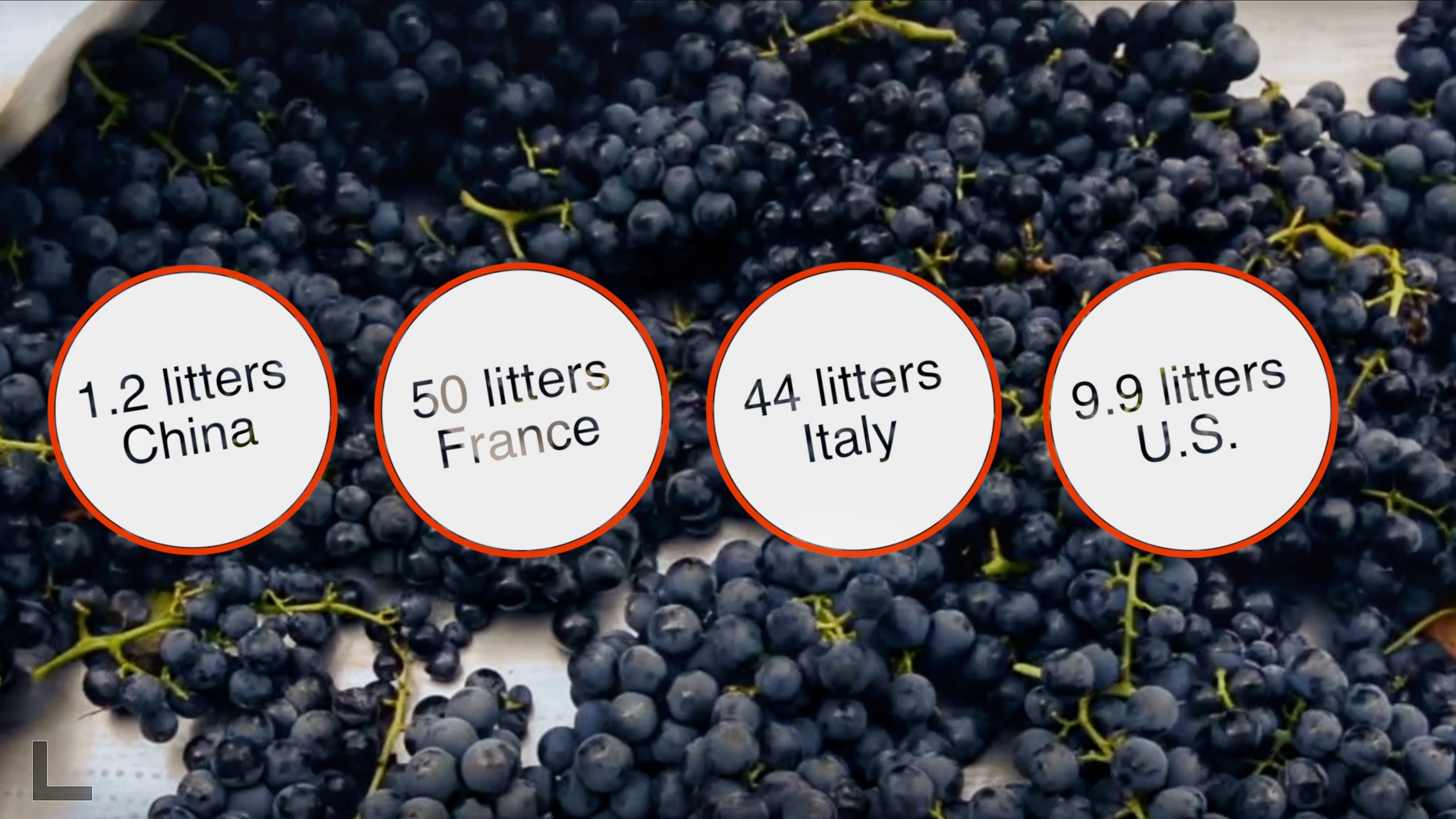 List of countries according to per capita wine consumption /CGTN

List of countries according to per capita wine consumption /CGTN

There are also new challenges for players in the market. After rocketing nearly tenfold in a decade, wine imports to China suffered a sharp decline in the last quarter of 2018.

According to IWSR Drinks Market Analysis's global dataset, one of the reason is that the RMB began to decline in the last quarter of 2018. The scale of the losses with some of the major European markets would point to the weakening of the Chinese yuan. It played its part in pushing down demand for wine from core French, Italian and Spanish producers.

"As a result of the recent trade issues that have developed, the growth of American wine exported to China has slowed significantly," said Honore Comfort, vice president of International Marketing Wine Institute.

"Another explanation for the dip in volume is that the market is still digesting the large volumes of imported wine prior to 2018," said John Gong, professor at University of International Business and Economics.

"The most difficult part for us entering the Chinese market is the cultural differences between us. But, the first China International Import Expo (CIIE) helped us have a comprehensive understanding of the Chinese market. It helped us gain more new customers, so our sales have increased," said Piccini.

Actually, foreign wine companies like Piccini have already noticed that understanding how to do business in China can go a long way in discovering ways to take advantage of the changing route-to-market and planning for the Chinese wine consumer of the future.

"The Chinese market is very important for Piccini. It's just a market with great potential," Piccini added.

The astonishing scale of the Chinese market and diversified consumer demand have attracted more and more overseas investors and enterprises to take a share here in China.