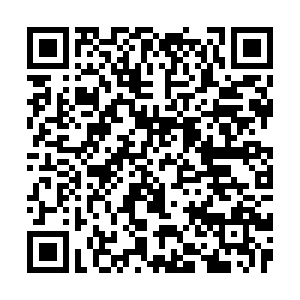 When two Chinese League of Legends (LOL) teams play with each other, you don't want to miss any moment during the match because the intense team fights just won't stop.

On Saturday the top two Chinese teams, namely Invictus Gaming (IG, last year's world champion) and FunPlus Phoenix (FPX, number one seed from Chinese mainland), delivered one of the most bloody LOL matches in 2019 at the World Championship semifinals, where international teams are fighting for the ultimate title of the year.

FPX midlaner Kim "Doinb" Tae-sang helped secure 15 out of all 17 kills his team managed to make.

He chose to play the hero character "Rumble" and used the ultimate ability so precisely IG just could not escape the damage.

FPX picked two heroes with hocking ability – using hocks to drag an enemy hero close for teammates to kill – wishing to gain the advantage from initiating team fights. And IG's toplaner Kang "TheShy" Seung-lok got one of his most familiar character Vladimir.

Both teams might not have expected the game to last more than 40 minutes and filled with multiple twists.

"Someone gets hocked, someone is dead!" shouted the caster in the match's English livestream.

After killing and being killed more than 50 times, the audience were still unsure which side was winning.

The deciding blow came when Ning stole the Elder Dragon from FPX and IG finished the game in their favor.

This match was even at first but FPX jungler Gao "Tian" Tianliang played so well in the later part IG could not keep up.

Tian's performance helped score 16 out of all 20 kills for FPX and crushed IG.

Match 4: FPX going to the final

Right at the start of the match, IG decided to invade into FPX's jungle. But it turned out to be a disaster and got Ning killed.

Minutes after that, TheShy, who is famous for his lane performance, was ambushed by FPX top laner Kim "GimGoon" Han-saem and lost his advantage.

Yet IG managed to bring the game back by returning an ambush back to GimGoon.

But TheShy was instantly killed two times just before IG could flip the game around. And FPX, for the first time ever, marched into the grand final of the LOL World Championship.

FPX will face the winner of the other semifinals match: G2 from Europe or SKT from South Korea.