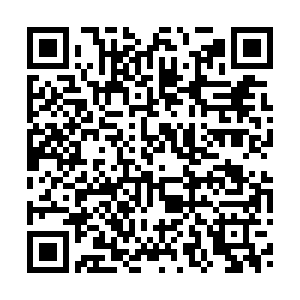 When welterweight fighter Jorge Masvidal knocked out Ben Askren with a flying knee on July 6, he hit him with so much force that it created a rift in the time-space continuum. The ripple went back in time and put a big question mark on Askren's once spectacular 19-0 undefeated career in MMA. It also changed the present and "Gamebred" Masvidal went from being a cult fighter, best known as a tough journeyman that has fought in backyards, rings and cages against anyone who gets in his way and became a marquee star in only five seconds.

However, the future refused to change and the UFC's championship scene continued to be marred by interim bouts, unification matches, matchmaking hold-ups and a ranking system that's seemingly more alchemy than facts and figures. To untangle this web and capitalize on this burst of superstardom, Masvidal had to rely on the unlikely figure of Nate Diaz.

Diaz is a similar fighter in many ways. He's a veteran who began fighting professionally when he was 19 and became more than simply another man on the roster when he beat Conor McGregor in 2016 – but he then narrowly lost the rematch and disappeared for three days shy of three years, content to spend his days training and teaching Brazilian Jiu-Jitsu (BJJ) and smoking weed, a hobby that he and his brother Nick, also a UFC fighter, are advocates of. 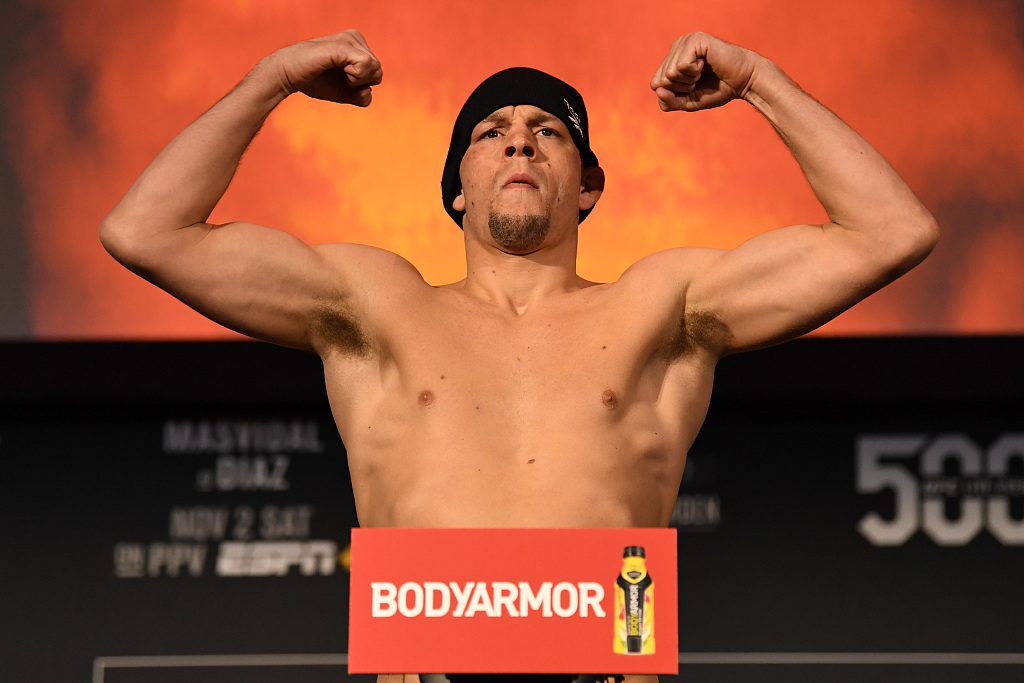 Nate Diaz poses on the scale during the UFC 244 weigh-ins at the Hulu Theater at Madison Square Garden on November 1, 2019 in New York, New York, U.S. /VCG Photo

Nate Diaz poses on the scale during the UFC 244 weigh-ins at the Hulu Theater at Madison Square Garden on November 1, 2019 in New York, New York, U.S. /VCG Photo

His Octagon return on August 17, in which he grappled the life out of Anthony Pettis for three rounds, was a surprise in terms of both reason and quality. It was as if he hadn't missed a day as a professional fighter, even though all of his old foes had either retired or moved on from the company.

So, what could the UFC do with two hard-as-nails fan favorites that have no prior rivalries or championship contention? Go old school, stick them in the cage and see who really is the "baddest" – the BMF, as it came to be known on social media – in the league.

It's such a simple idea that it couldn't help but spiral out of control. As the two guys trash-talked each other via social media, ESPN and wherever else they could, what started off as a potentially fun mid-card bout between two guys with pro- and street-fight credibility became a main event with a custom belt, hosted by Dwayne "The Rock" Johnson, at New York's most famous sports venue, Madison Square Garden, in front of a sellout crowd that included none other than U.S. President Donald Trump.

The crowd was electric when the two men entered the Octagon, Diaz flanked by his aforementioned brother and Masvidal by boxing legend Roberto Duran, the appearance of whom added to the big fight feel. Then the bell rang and it instantly lived up to expectations; Nate is a high-pressure fighter and Jorge has never backed down from anybody, so they immediately started swinging. It was pure stand-and-bang UFC fighting, the kind that dominated the sport a decade ago. 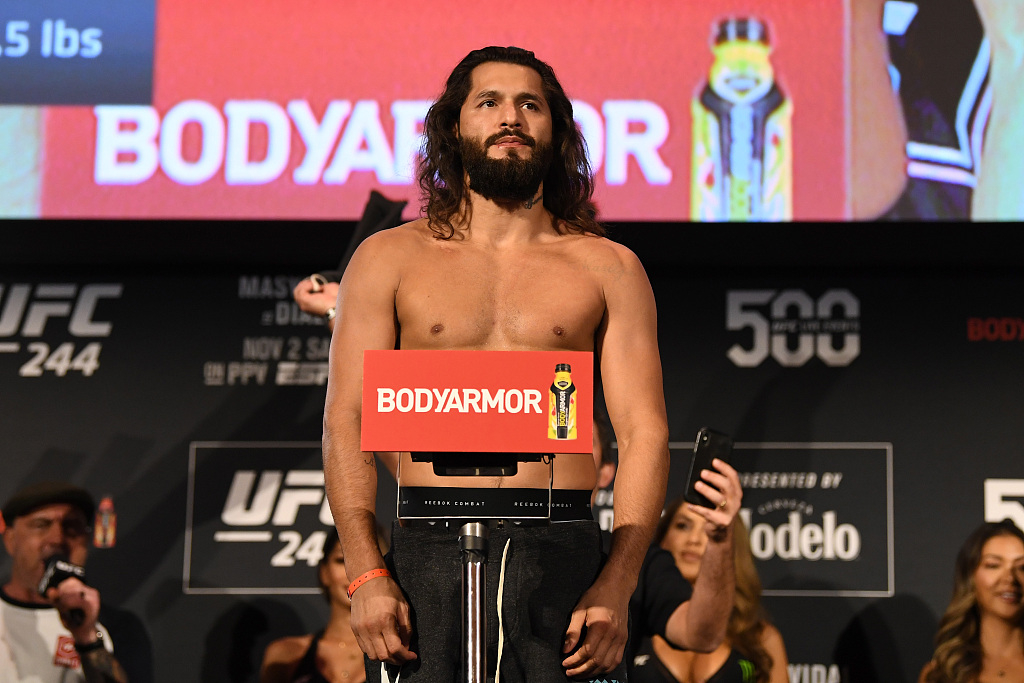 Jorge Masvidal poses on the scale during the UFC 244 weigh-ins at the Hulu Theatre at Madison Square Garden on November 1, 2019 in New York, New York, U.S. /VCG Photo

Jorge Masvidal poses on the scale during the UFC 244 weigh-ins at the Hulu Theatre at Madison Square Garden on November 1, 2019 in New York, New York, U.S. /VCG Photo

Jorge quickly took advantage with a hard elbow-head kick combination that cut Diaz above the right eye, but Nate is as tough as old leather and held on until the end. Round 2 went a similar way; only this time, both men hit hard before Diaz went down. The main reason behind his popularity is his resilience, and after being flattened twice in as many rounds, with blood pouring out of his face, he started to get more offense in. The more punishment he took from Masvidal, the more he gave back.

Round 3 was more equal and it seemed Nate knew he needed a finish; he had lost two rounds and Gamebred's heavy hands were doing the kind of visible damage judges like. Unfortunately for him, they also do the kind of damage doctors hate and the fight was called off due to the deep cuts that were leaking blood all over his face.

What started as a throwaway became a throwback then ended with dissatisfaction for everybody. The crowd booed; UFC President Dana White jumped out of his seat to try and get the decision reversed; winner and official BMF Jorge Masvidal immediately called for a rematch; and loser Nate Diaz agreed, standing in the ring bloodied, battered but otherwise totally fine, eager to keep fighting for another two rounds.