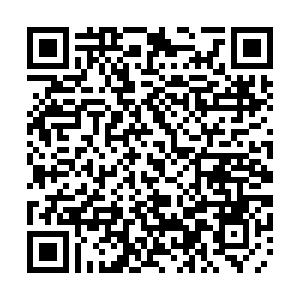 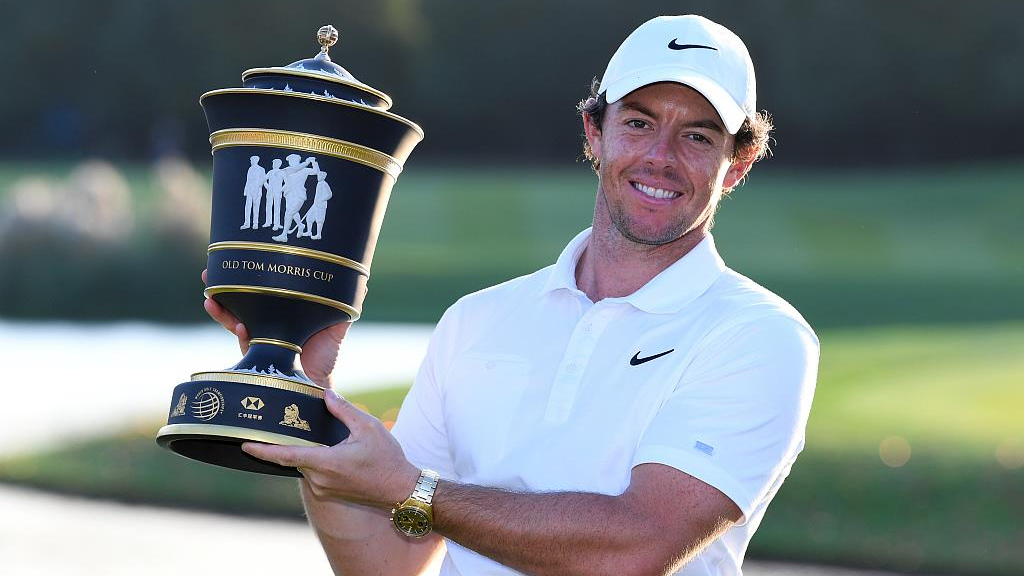 Rory McIlroy of Northern Ireland poses with the trophy after his victory in a playoff during day four of the WGC HSBC Champions at Sheshan International Golf Club on November 3, 2019, Shanghai, China. /VCG Photo

Rory McIlroy of Northern Ireland poses with the trophy after his victory in a playoff during day four of the WGC HSBC Champions at Sheshan International Golf Club on November 3, 2019, Shanghai, China. /VCG Photo

A sublime Rory McIlroy overcame a late challenge from Xander Schauffele in the playoff to win his third title at the World Golf Championships-HSBC Champions on Sunday. McIlroy regained his winning touch after Schauffele birdied the 18th in regulation to force a playoff at Sheshan International.

As the final day went down to the wire, McIlroy smashed a driver down the fairway and hit four-iron into 25 feet on the par-five closing hole to set up at two-putt birdie in the playoff. Meanwhile, Schauffele, who turned in a bold performance in his bid to become the first back-to-back winner of the WGC-HSBC Champions, had to lay up from the rough near a bunker but his 12-foot birdie putt stayed just right of the hole. McIlroy, however, held his nerve and clinched his fourth title in 2019 and his third World Golf Championships title. This was his first since the Dell Technologies Match Play at TPC Harding Park in 2015.

Earlier, the Irish ace played bogey-free over the last 39 holes and ended the day with a four-under 68. "Bogey-free on the weekend. I thought it would be enough to get the job done," a jubilant McIlroy said after his stupendous win. On the other hand, Schauffele, who spent all week battling remnants of the flu, started the final round two shots behind and put the pressure on McIlroy throughout the final day.

Schauffele birdied two of the last four holes for a 66 and subsequently, executed a five-footer to force overtime at Sheshan for the second straight year. Both the golfers were tied at 19-under 269 after the regulation period. The pair finished two shots ahead of South African Louis Oosthuizen.

"You have to give credit to Xander," McIlroy acknowledged the terrific performance by his rival. "He's been battling the flu and he played unbelievably well."

This is the fourth time McIlroy has won at least four times in a year.

McIlroy has so far won three of the four events that comprise the World Golf Championships series and only the Mexico Championship, where he came second this year, is missing from his illustrious resume. Despite his emphatic triumph, he, however, will remain ranked second in the world rankings behind Brooks Koepka, who skipped the event due to a knee injury.

Meanwhile, Patrick Reed has finished among the top 20 in 10 of his last 13 starts and staked claim for a captain's pick for the Presidents Cup. U.S. captain Tiger Woods announces his selections on Thursday.