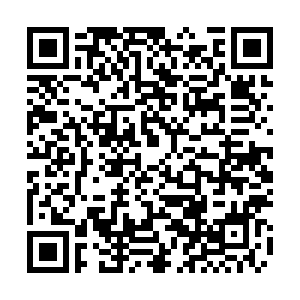 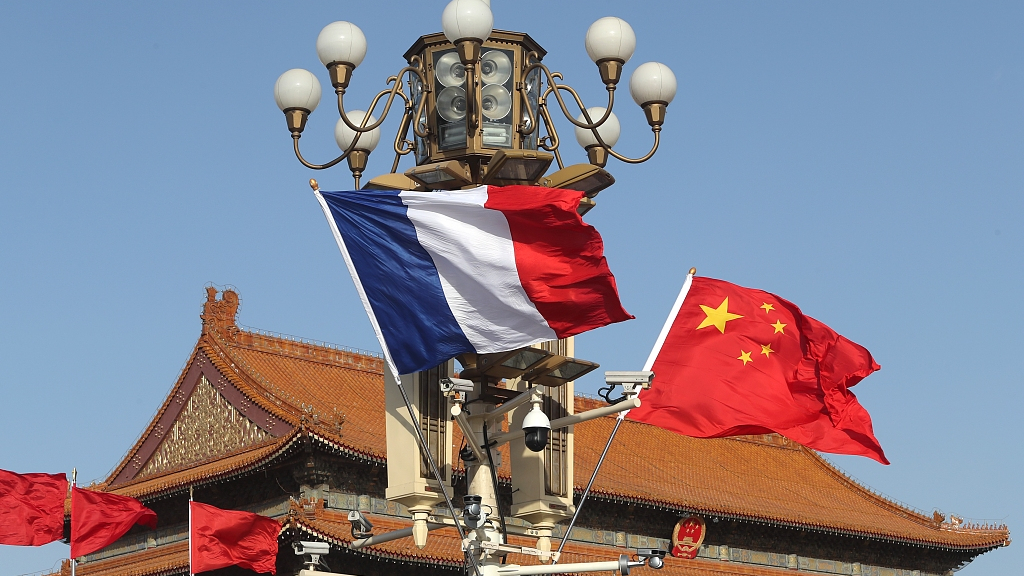 France will be represented along with 62 other countries at the 2nd China International Import Expo (CIIE), and President Macron will be welcomed in his role as a primary leader of the European Union (EU).

The expo will attract over 3,000 companies from around the world (including many from the United States) and is another in a long line of global economic events hosted by China that has situated it as the driver of inclusive global economic integration.

In several ways, the Sino-French relationship has remained durable over a long period of time and both nations find utility despite pressing headwinds on the route toward global governance occurring across both the English Channel and the Atlantic from the vantage point of Paris.

The economies of France and China are mutually compatible with France's dirigiste tradition of a larger state role in the economy alongside China's state-led developmental model.

This stands in stark contrast to the American ideological predisposition toward neoliberalism and its bilateral negotiating position that condemns China's very economic model. Socialist organizing principles, state-owned enterprises, and a thicker regulatory framework is not anathema to the French in the ways that it is to the Americans or British. 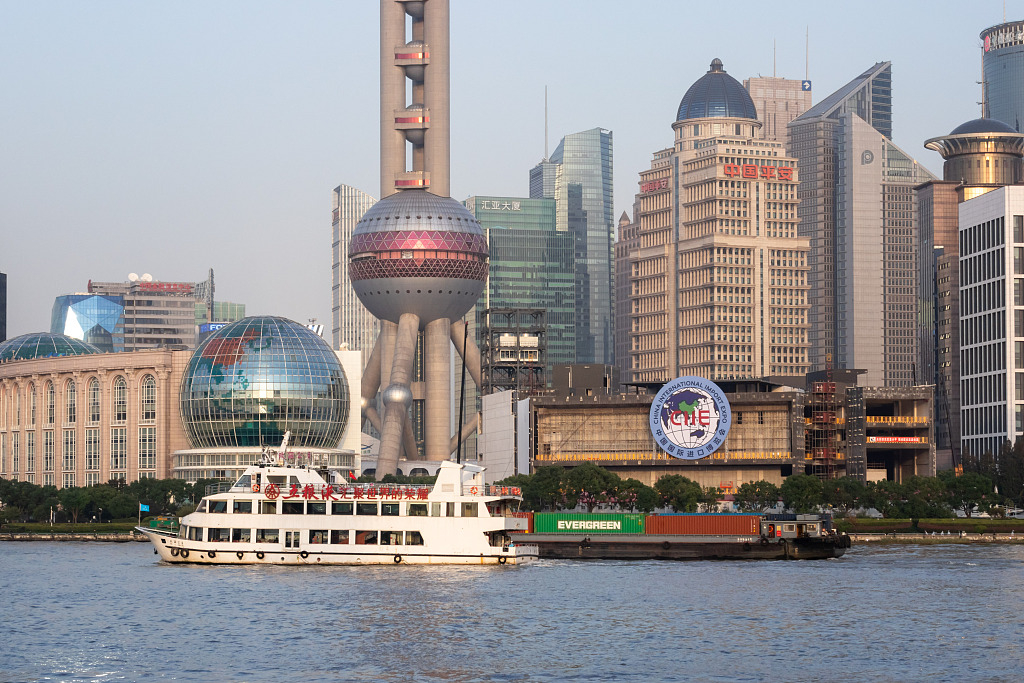 The countdown of the opening of the second China International Import Expo (CIIE) in Shanghai, October 30, 2019. /VCG Photo

The countdown of the opening of the second China International Import Expo (CIIE) in Shanghai, October 30, 2019. /VCG Photo

Thus, cooperation between continental Europe and China through the Belt and Road Initiative (BRI) is less problematic and not cause immediate trepidations as it does in the U.S.

The BRI is thus seen in only pragmatic terms, and judged solely by the degree to which it advantages or disadvantages European economic interests and whether it will be a mutual and reciprocal partnership.

Of course, this summit takes places alongside the ongoing stasis in Britain as Prime Minister Boris Johnson could not meet his stated goal of finally achieving Brexit by October 31 and now seeks new elections and a renewed mandate to pursue the EU withdrawal before February 2020.

Meanwhile, the chaos in Washington has compelled U.S. President Donald Trump to seek a precipitous deal to conclude the nearly two-year long trade war with China as he now negotiates from a position of weakness. Thus, France and Germany are well-positioned to carry on the mantle of global governance, multilateralism, and economic openness.

Moreover, China remains committed to those same principles, as it seeks to reaffirm the centrality of the United Nations in the world system along with its own preferences for a more multipolar world less dominated by American hegemony.

Historically, France has resisted American hegemonic dispositions in NATO and at the UN and the trans-Atlantic diplomatic ties are severely weakened by American protectionism.

Meanwhile, President Macron has cultivated an important global role as leader of Europe (with Angela Merkel in Germany) and convener of dialogue among world leaders while keeping up ties to President Trump and the U.S. while building new links to China and President Xi.

His socialist heritage buffeted by his support for globalization situate him as a natural pivot point and strong statesman on the international stage despite the ongoing domestic turbulence and dwindling support he faces at home.

Besides, the Europeans must also be alert to the changing dynamics that could result from an impending Sino-U.S. trade deal, though the risk of Europe being left out in the cold is unlikely. American skepticism toward China is pervasive on the left and right of the American political spectrum as exhibited in the 2020 presidential campaign season.

While President Trump may conclude a small deal (and based on past practice the conclusion of such an arrangement remains dubious), larger structural challenges imperil the former Sino-American strategic and economic dialogue. 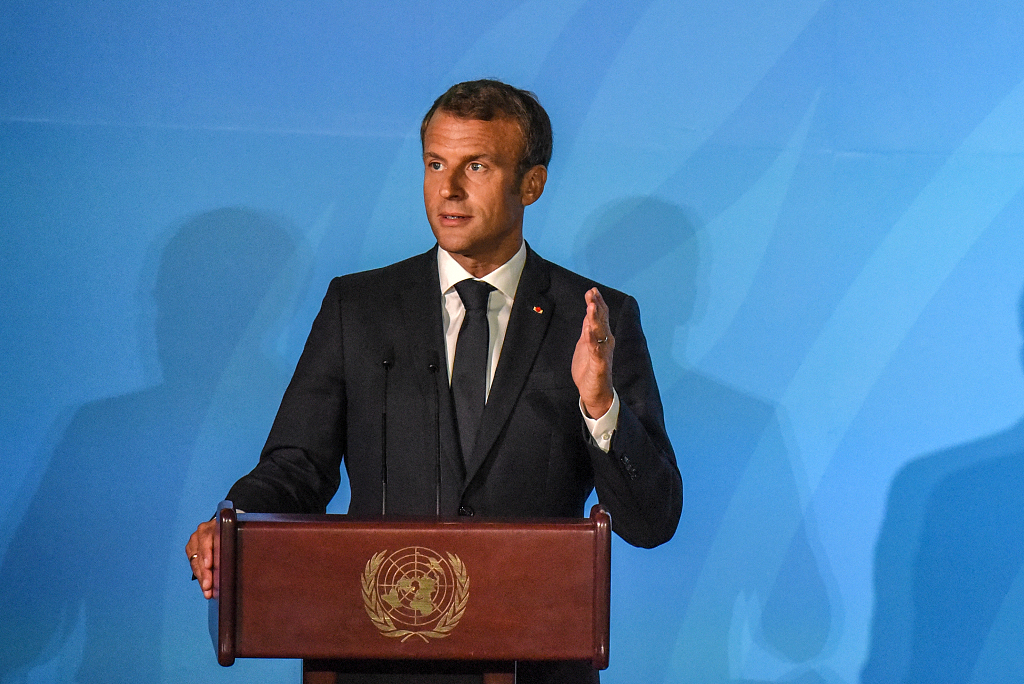 Thus, the Europeans remain key to global diplomatic shifts, promote engagement with China, and are supportive of its gradual and ongoing reform and opening.

Although this is not likely to be the moment for expanding any type of Sino-French comprehensive strategic partnership, a host of issues should be natural complements between the two sides.

On a more technical level, both countries can cooperate on aerospace, agriculture, and nuclear energy; indeed, China has ordered more Airbus aircraft as Boeing remains in a fragile situation with the trade dispute and its safety record.

More broadly, climate change and renewable energy are priorities for both leaders. Sensitive issues on the domestic front will likely be set aside, instead resolving issues of foreign investment and partnerships related to Chinese infrastructure development links to Europe should animate discussions and provide a platform for concrete agreements that provide tangible benefits to France and China.