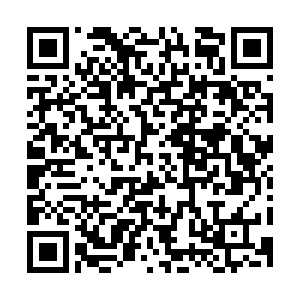 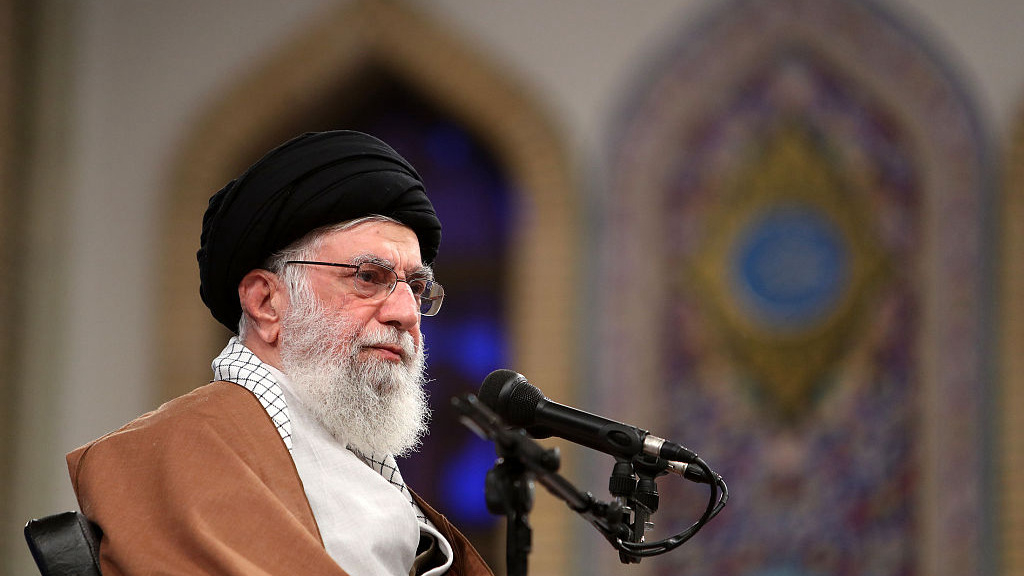 The country can now produce enriched uranium 10 times faster than the first batch of its machines that were allowed under the nuclear deal it signed with world powers in 2015.

The decision came a day after Iran's leader Ayatollah Ali Khamenei said that talks with the U.S. government would not bear any results because the Americans were not ready to offer any concessions.

It also came after the U.S. used the 40th anniversary of the Iran hostage crisis to sanction key officials reporting to Ayatollah Khamenei, including his son, and called on Tehran to release Americans believed to be held in the country. 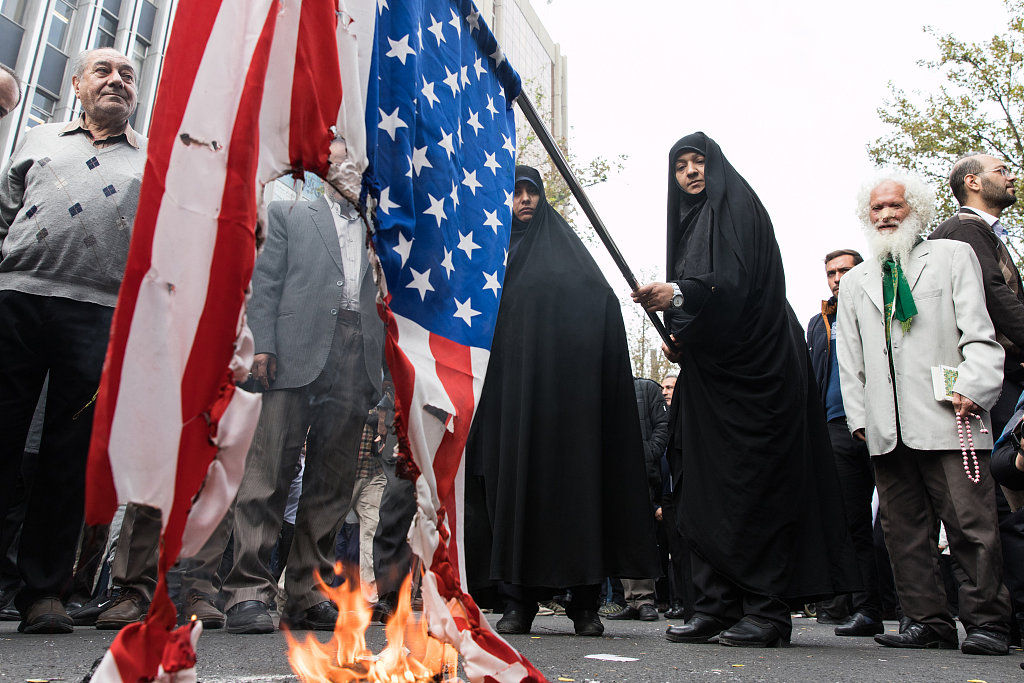 A woman burns the U.S. flag on the 40th anniversary of the Iran hostage crisis, Tehran, Iran, November 4, 2019. /VCG Photo

A woman burns the U.S. flag on the 40th anniversary of the Iran hostage crisis, Tehran, Iran, November 4, 2019. /VCG Photo

This translates into the fact that Iran's adding of more centrifuges now is both political and symbolic, designed to silence government critics and force the EU to encourage the U.S. to return to the historic accord of 2015. President Donald Trump put the future of the nuclear deal in jeopardy when he withdrew the U.S. from it 2018 and imposed American sanctions on Iran.

The decision to deploy advanced centrifuges is intended to push all EU signatories to the deal (the UK, France, and Germany) to help Iran feel its economic benefits. The irony is that the EU, which has voiced discontent over Washington's exit from the deal, has already created a mechanism which will allow European countries to trade with Iran despite U.S. sanctions.

The new scheme coordinates import and export payments so that cash between partners need not be handled by banks. Its first transactions are currently being processed in an attempt to keep Iran in the deal.

Iran is better off staying in 2015's nuclear accord. While U.S. has complained that the agreement did nothing to curb Iran's nuclear capabilities, the Europeans say that it is working. The International Atomic Energy Agency has repeatedly confirmed this in its reports. Willingly or not, Iran should not leave diplomacy in the dust - or cross a red line. This would make it impossible for the Europeans to support the deal.

Iran is yet to enrich uranium to anywhere near 20 percent, the level required for research reactors. Weapons-grade uranium needs to have an enrichment level of 90 percent or higher. In the face of rising tensions with the U.S. and the crushing weight of sanctions, Iran should not threaten to partially withdraw from the deal either, even if the other signatories cannot provide a concrete incentive for it to abide by the rules.

This is important because Russia and China - who are also signatories - have been trying to ease the weight of sanctions on Iran. They know that sooner or later Iran will run out of symbolic measures. 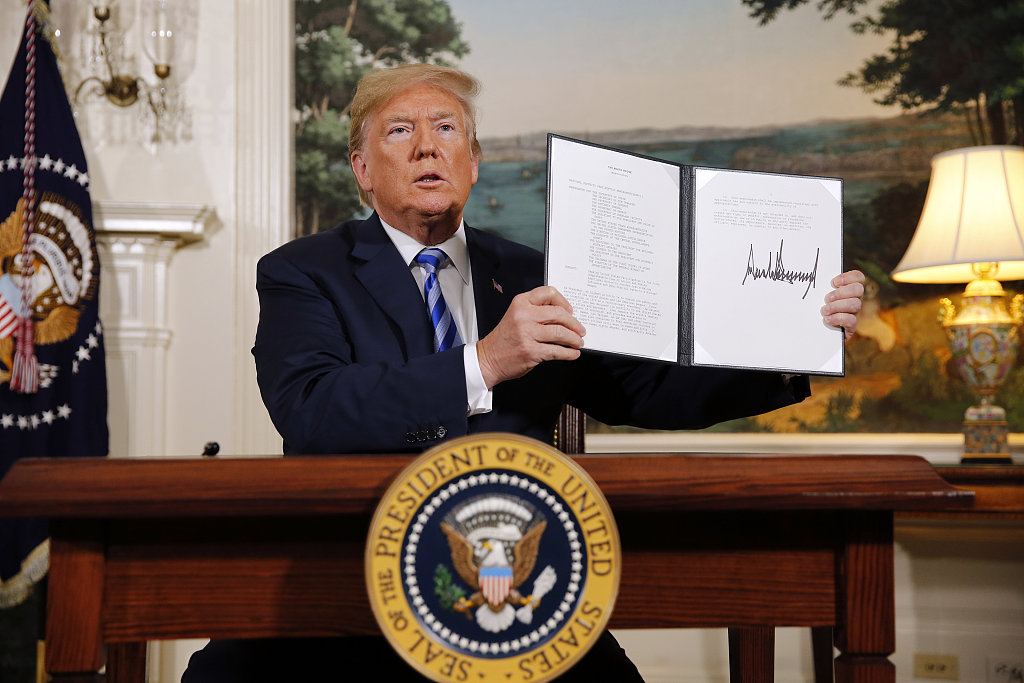 U.S. President Donald Trump makes a statement on the Joint Comprehensive Plan of Action regarding Iran in the White House, Washington, D.C., U.S., May 8, 2018. /VCG Photo

U.S. President Donald Trump makes a statement on the Joint Comprehensive Plan of Action regarding Iran in the White House, Washington, D.C., U.S., May 8, 2018. /VCG Photo

Iran can only discuss other issues with the U.S. providing its nuclear agreement is fully implemented - even though its missile defense capabilities are not negotiable. For this to happen, the deal, which has been ratified by the United Nations Security Council, should be fully implemented. Sanctions should be lifted and the U.S. should return to the accord. Only then can other issues be discussed. Of course, there should be no preconditions, including Washington's "maximum pressure" policy.

Tensions wrought by U.S. sanctions against Iran have divided American allies in Europe that were already struggling financially before being struck by the ripple effects of the U.S. actions. EU countries are urging the U.S. to lift its sanctions against Iran because they believe that the approach is an utter failure, harming Western economic and geopolitical interests.

There can be no question about it. The effectiveness of Washington's sanctions are very much in doubt; both these and military threats have failed to dissuade Iran to change course. The Islamic Republic will not put its hands up and surrender.

Sanctions have not stopped Iran from supporting its allies in the region, nor have they dislodged Iran's officials or forced a rollback of its nuclear and missile programs. This should tell you all you need to know about what passes as Iranian foreign policy in 2019.