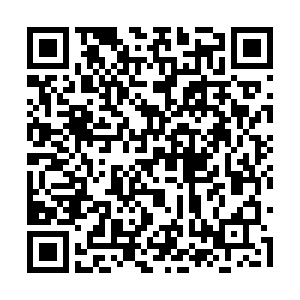 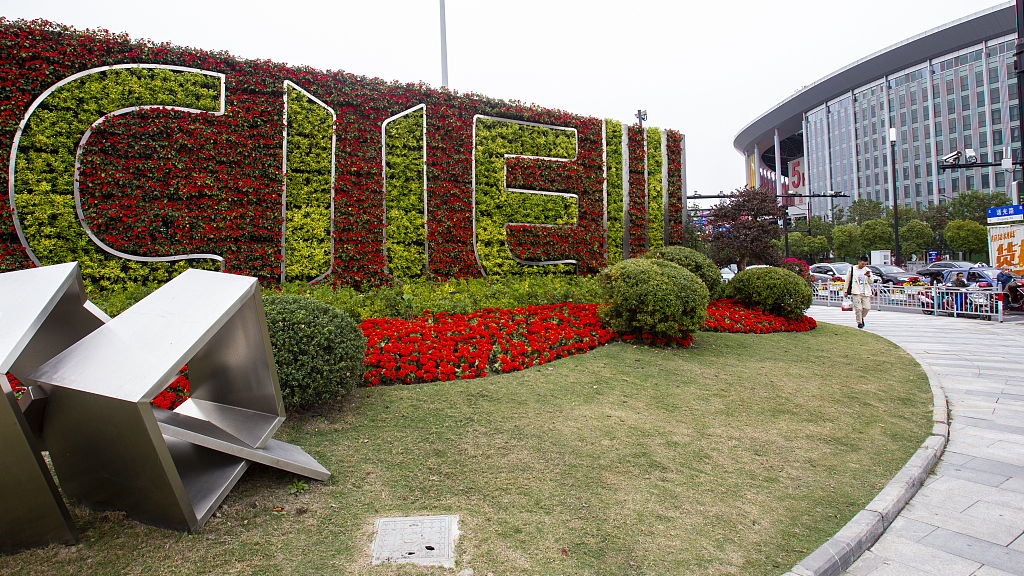 Editor's Note: Lawrence Freeman is a political-economic analyst for Africa with 30 years of experience in Africa promoting infrastructure development policies. The article reflects the author's opinions, and not necessarily the views of CGTN.

China's Belt and Road Initiative (BRI) introduced by President Xi Jinping in 2013 is changing the world economy. China has signed cooperation documents on the BRI with 136 countries and 30 international organizations as of the end of July. Four years later, in May 2017, President Xi personally announced the creation of the China International Import Expo (CIIE) that took place in November 2018.

The global BRI, which now involves the majority of nations in the world, is creating new infrastructure platforms to stimulate economic growth. China's second CIIE will again be held in Shanghai from November 5 to 10, 2019. Although the CIIE is focused on attracting imports to China's large domestic market, it complements the BRI, demonstrating China's emergence as an export-import engine promoting global development.

This year, the CIIE expects to have over 500,000 visitors and buyers with 360,000 square meters of space allocated for displaying products. With the largest population, the second largest import market, and the second-largest economy, China expects to import over 10 trillion U.S. dollars of goods and services in the immediate years ahead. At last year's CIIE, more than 57.8 billion U.S. dollars in contracts were signed, according to media reports.

In just over half a decade, China has become a major exporter of infrastructure, an innovator in technology, and a giant consumer of manufactured goods since the creation of the BRI. This has helped bring into existence a new paradigm of trading relationships among sovereign nations, altering the dynamic of world trade.

Previously, the West maintained complete hegemony over world commerce. Now, this financial system is in danger of imploding/exploding from twelve years of quantitative easing on steroids, in a futile effort to prop up trillions of dollars of derivatives and debt. 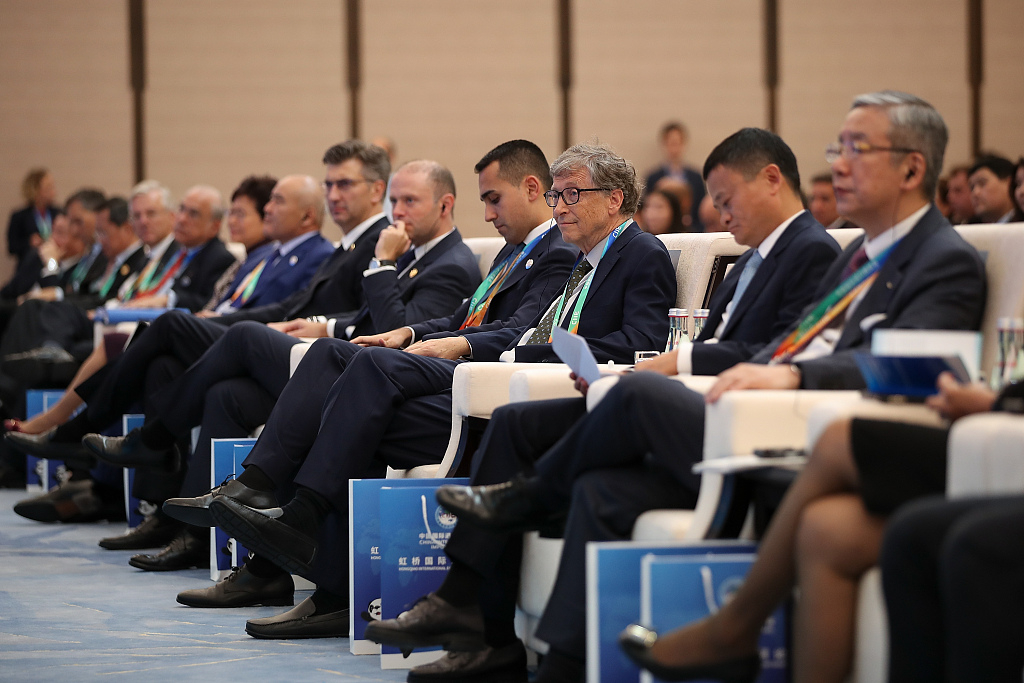 Since China embarked on its reform and opening-up policy, it has accomplished a modern miracle, lifting 750 million Chinese out of poverty. China has upgraded its own economy significantly, typified by its construction of over 20,000 kilometers of high-speed rail. It has become a major contributor to building and financing infrastructure in other nations.

In Africa, for example, China has committed to eliminating poverty for local people, who, according to media reports, are living on two U.S. dollars per day. Contrary to the geopolitical whining from the West that China is creating a debt-trap for Africa, which all Africans presidents refute, China is assisting African nations in erecting railroads, in many cases, for the first time since the days of European colonialism.

African nations, like much of the developing sector, need inputs of technologically advanced infrastructure, especially in energy, rail, and water management, to become industrialized economies.

China is one of the foremost nations in rail and communications technology and is emerging as a leader in space exploration. With the above expertise, China, through the BRI, can provide other developing nations with economic and scientific capacity to transform their economies within the next generations.

While China is exporting its know-how in technologically advanced capital goods to emerging markets like Africa, whose population is projected to be 2.4 billion in 2050, China must also meet the physical needs of its own expanding market. To satisfy the requirements of all nations, we must engender a leap in total world economic output. This requires an unhindered exchange of new ideas, methods of production, skills, and scientific knowledge. 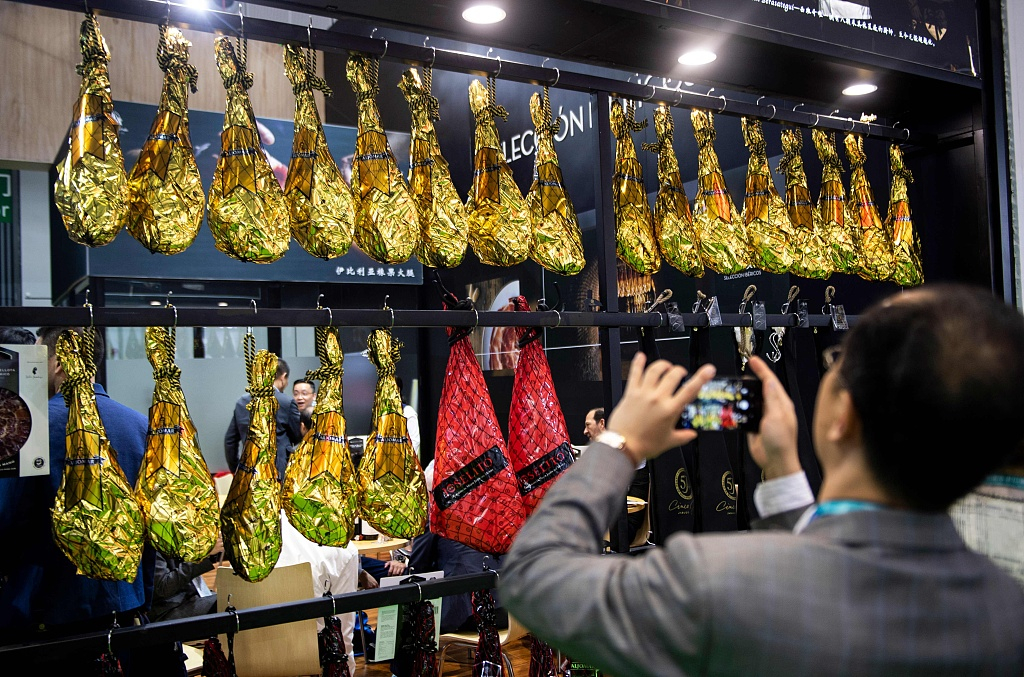 Historically, during the 19th century, tariffs have played a productive role in building the U.S. economy. However, the imposition of U.S. President Donald Trump's tariffs against China is counterproductive. While there is presently a pause in tariff escalation and reports that China and the U.S. are close to reaching a new agreement, U.S. tariffs on Chinese goods remain in effect.

Now, China, with its second CIIE, will display products from around the world, including American companies, but the U.S. government again will not attend the CIIE.

Instead of trying to limit China's influence, the Trump administration should collaborate with China to contribute to global economic growth. U.S.-China cooperation, especially in space exploration, would have the most significant impact on the expansion of the global economy. If the U.S. were to join the BRI and participate in the CIIE, this would signal a new level of potential collaboration that would benefit the development of every nation.