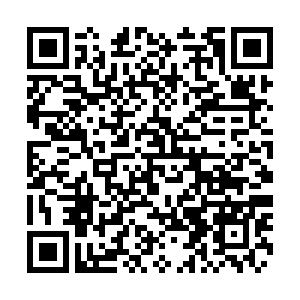 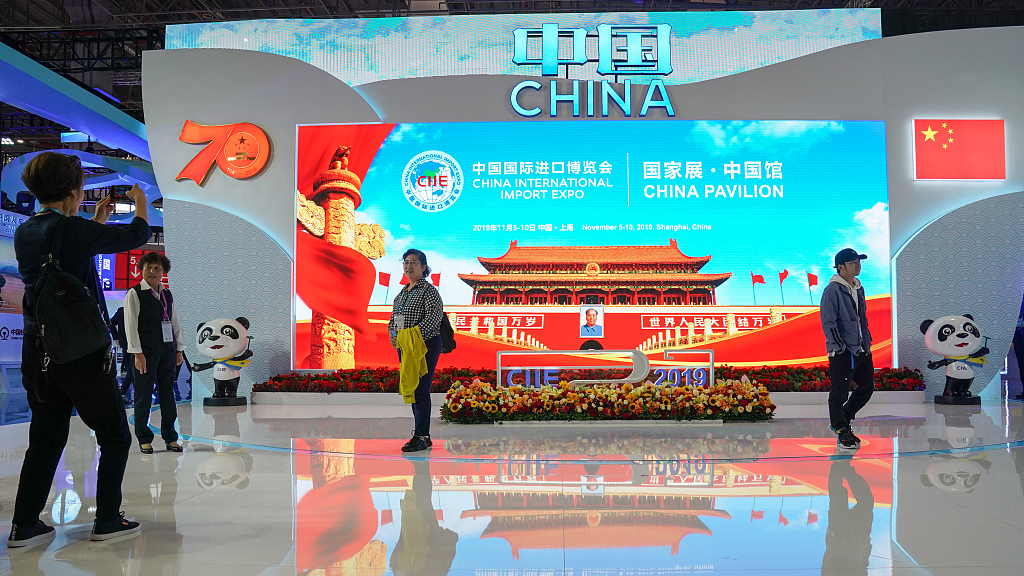 The second China International Import Expo (CIIE) is being held in Shanghai, China, from November 5 to 10, 2019. /VCG Photo

The second China International Import Expo (CIIE) is being held in Shanghai, China, from November 5 to 10, 2019. /VCG Photo

Editor's note: He Weiwen is a senior research fellow at the Chongyang Institute for Financial Studies at Renmin University of China. The article reflects the author's opinions, and not necessarily the views of CGTN.

The second China International Import Expo (CIIE) opened on November 5, in the midst of a synchronized sharp slowdown in 90 percent of the world's economies.

CIIE offers a hope to the world

The global sharp downturns have been caused predominantly by U.S. unilateral high tariffs and other unilateral protectionist measures, which is demolishing the world multilateral trade system. The latest WTO estimate has put the 2019 world trade growth at only 1.2 percent, the lowest since 2009. Roberto Azevedo, WTO Director General, has described the current world trade disintegration very similar to the situation of the Great Depression in the 1930's.

In the context of a major global retreat, the Chinese economy, with a size equal to the whole Eurozone, managed 6.2 percent GDP growth in the first three quarters of 2019, which can well be regarded as a bright spot and prime engine of the world.

The second CIIE also offers a hope for the world with a vast, fast-growing Chinese market and a firm commitment to open the door ever wider, which explains the very high business attendance from the world over, with 330,000 square meters show area, 10 percent up from the first CIIE.

Trump has cheered repeatedly that the trade war has dragged down the Chinese economy to the lowest growth in 57 years. 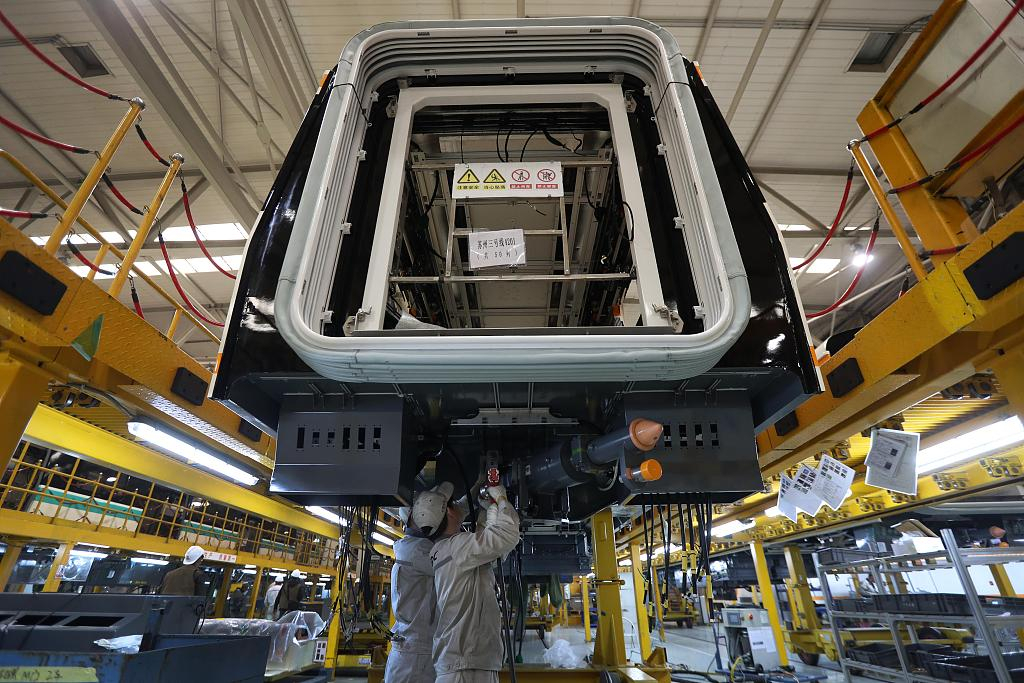 Contrary to the formula analysis which ascribes the economic slowdown to trade tensions with the U.S., Chinese economic data in the first nine months of 2019 just shows the opposite. As a result of the unprecedented trade war, China-U.S. trade fell by 10.3 percent during this period.

However, Chinese import from the U.S. fell much faster (off 26.4 percent) than its export (off 10.7 percent). As the fast growth in export to EU, ASEAN and Belt and Road countries more than offset the fall to the U.S., the total export still managed a growth of 5.2 percent. The sharp fall in its import from the U.S., however, was not fully covered by increase from other sources, resulting in a slight fall (off 0.1 percent) in China's global import.

The export increase and import decrease combined has led to a net positive contribution to GDP growth. The contribution was 1.2 percentage points in Jan.-Sept. 2019, the highest since the New Normal began in 2013.

We have all the reason to anticipate a stable trade growth ahead, even if the U.S. does not scale down its tariffs. As over 70 percent of China's trade is with Asia and European economies, the continuous U.S. trade war will not shake China trade, only to sideline itself.

30 percent of world growth will come from China

There are signs of a moderate rebound in the economy since September and October. After a sharp slowdown to 4.8 percent growth (6.0 percent in H1) in July and a further slowdown to 4.4 percent in August, the above-scale industrial output added value growth rebounded to 5.8 percent in September. The manufacturing PMI also returned to above 50 in October, back to the expansion area. 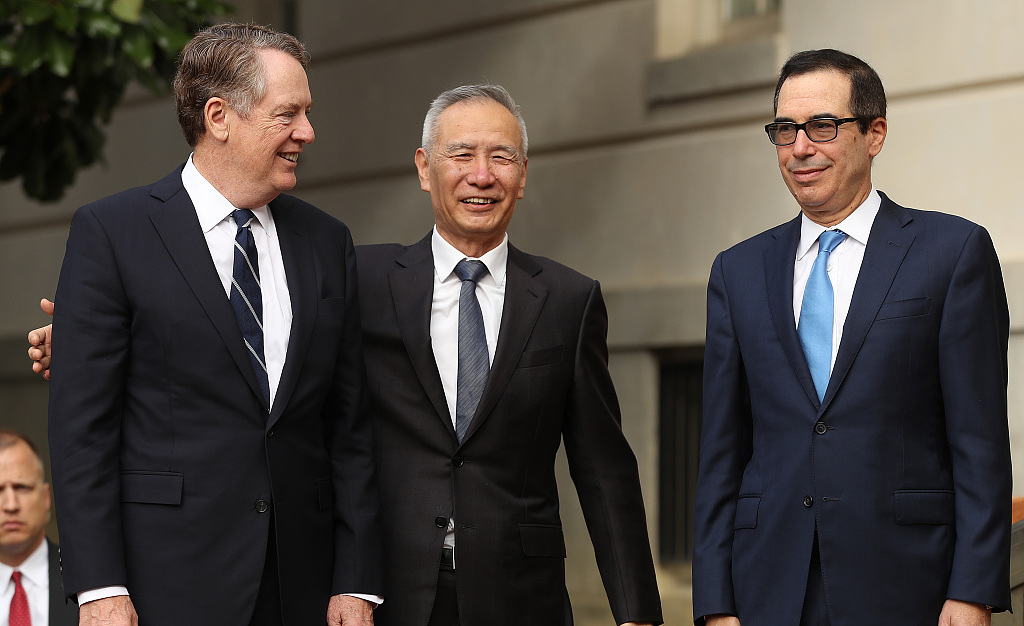 Auto production, the key factor dragging down the economic growth so far, rose slightly by 0.5 percent in September.

With all those factors combined, Q4 will see a higher contribution by capital formation, a slightly lower contribution by net export, and a stable contribution by consumption. In balance, Q4 GDP growth rate looks most likely to remain at around 6.0 to 6.1 percent, and the rate for the whole year 2019 will be between 6.1 to 6.2 percent. Remember, this rate is twice as high as the whole world including China. As China accounts for 15 percent of total world GDP, the 6.1 to 6.2 percentage growth will contribute 0.92 percentage points in the world growth of three percent. In other words, over 30 percent of world growth will come from China.

For 2020, there will be most likely a further rebound in Chinese economy, if the world trade tensions ease and growth picks up. If the world economy keeps on the downside, China will step up efforts to secure a growth rate no lower than 6.0 percent. In any event, China will continue to serve as the largest contributor to world GDP growth and support the global economy growing in the years ahead.