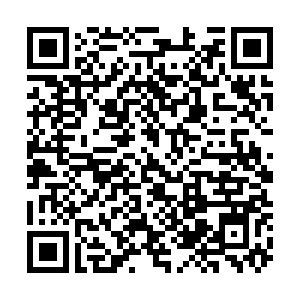 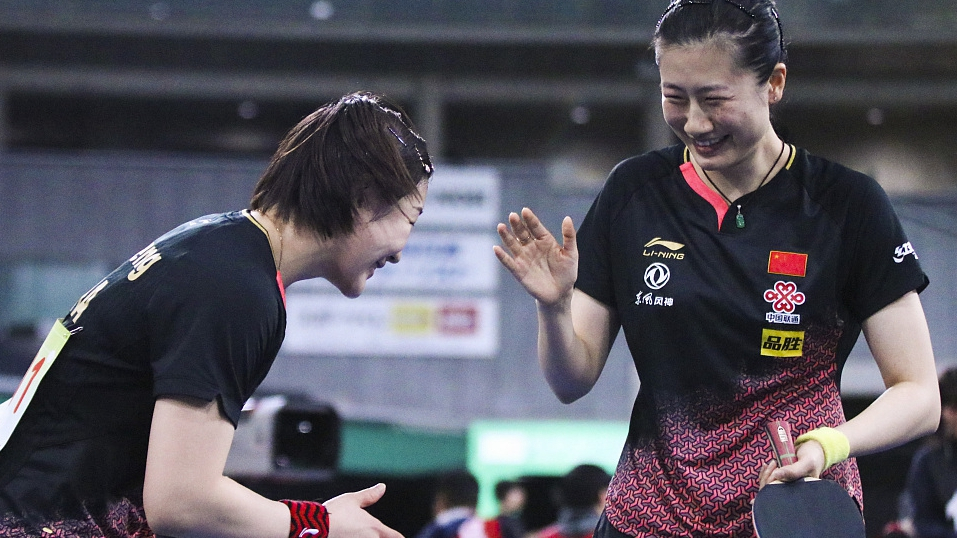 China swept all four matches on the first day of the 2019 Table Tennis Team World Cup which kicked off Wednesday in Tokyo, winning both men's and women's group matches 3-0.

This year's Team World Cup is held at Tokyo Stadium, which will host next year's Olympic Games, providing an opportunity for athletes to familiarize themselves with the Olympic venue. At the same time, the World Cup also adopted the same competition system of the Olympics.

In terms of rules, the 2019 Team World Cup consists of two stages. In the first stage, 12 teams were divided into four groups with three teams in each group. The top two finishers in each group will qualify for the second knockout round until the final winner is determined.

In the first day of competition, the Chinese men's team defeated Nigeria and Chinese Taipei 3-0 to take the first places in group A. In the first match against Nigeria, Ma Long and Lin Gaoyuan's doubles pair won the first two games by a wide margin against Bode Abiodon and Olajide Omotayo, then lost the second game 6-11, finally winning with 3-1. 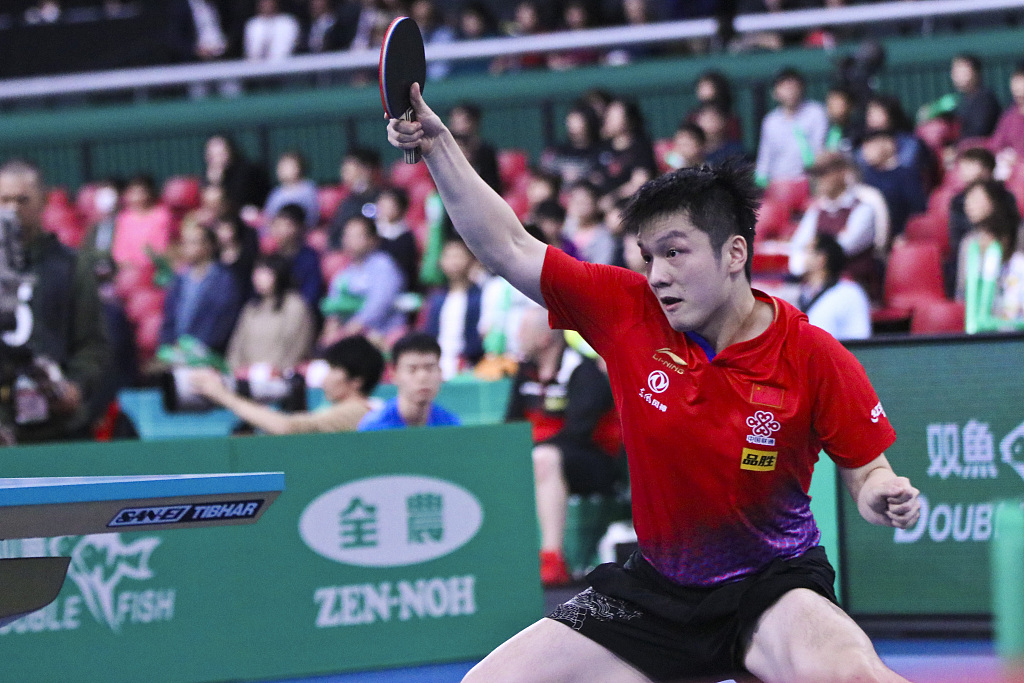 In the next two singles matches, China sent Liang Jingkun and Lin Gaoyuan. Liang fell down when he tried to catch a ball at the 10-9 key point but kept fighting, while Lin controlled the pace of the game with varied service. Both ended up winning the games 3-0.

Against Chinese Taipei, Ma Long and Xu Xin's doubles combination finished 3-0 against Liao Zhenting and Chen Jian'an. In the subsequent singles, Fan Zhendong played against 18-year-old Lin Yunju who is currently the highest ranked player in Chinese Taipei. Fan only fell short of Lin in the second game with 11-8 and finished 3-1, while Xu defeated Chen Jian'an 3-0 in the last men's singles match.

In the women's group matches, the Chinese team took on Egypt first and beat their opponents 3-0 in both doubles and singles games. Liu Shiwen won the first match in doubles with her teammate Ding Ning, and then won the second singles match against Farah Abdel-Aziz, narrowly winning the first game with 13-11, before she steadied herself in the next two games to win 11-6, 11-7.