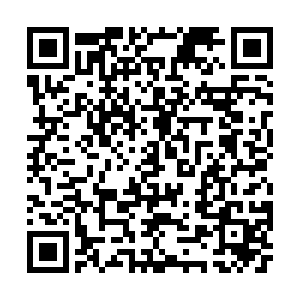 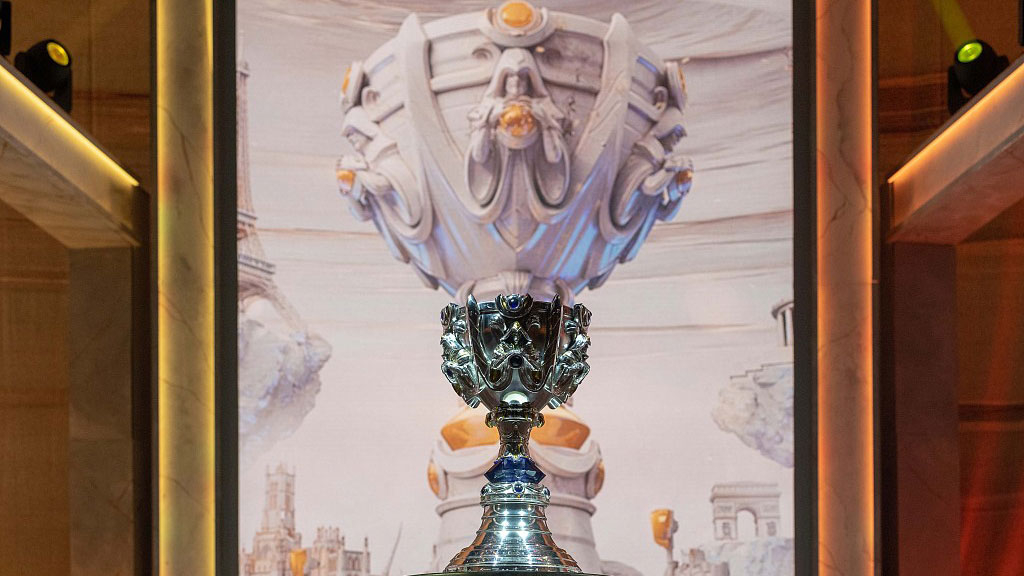 The cup for the 2019 world champion sits in the arena waiting for FPX or G2 to pick it up. /VCG Photo

The cup for the 2019 world champion sits in the arena waiting for FPX or G2 to pick it up. /VCG Photo

Who are the best players at esports game League of Legends (LOL) in 2019? The answer will be revealed after China and Europe face off at the game's World Championship Finals on Sunday in Paris.

The two teams, FunPlus Phoenix (FPX) from China and G2 Esports from Europe, are both making their debuts in the finals. They carry big hopes from the two regions and have a lot of things to tie down.

In last year's Worlds, G2 managed to beat the most hopeful Chinese team, Royal Never Give Up (RNG), only to find themselves being crushed by another, Invictus Gaming (IG).

But now the team has evolved after acquiring the midlaner Rasmus "Caps" Borregaard Winther from Fnatic in December 2018.

Acquiring great players from the whole EU region, the team is now being referred to by Chinese LOL fans as "Galácticos," a soccer term used to describe a team filled with superstar players.

The team's move obviously worked, as they took down the three-time world champion legend South Korean team SK Telecom (SKT) two times in May and November.

So, FPX has enough reasons to be afraid of the European giant. As a newcomer to the Worlds, they do not have enough experience to survive international stages.

FPX: the new king in China

FPX is no lightweight. Besting all other Chinese teams in 2019, FPX has dethroned the 2018 champion IG with their versatile, unpredictable playing style. The star midlaner Kim "Doinb" Tae-sang, being a South Korean, learned to speak fluent Mandarin in order to communicate with his Chinese teammate.

The team's jungler Gao "Tian" Tianliang is trying to steal the show with his exceptional performance in the Worlds. The Chinese audience were shocked by how the big boy in domestic league turned into a slaughter machine on the world stage.

Chinese LOL fans used to love EU teams because they brought great fun to the game by playing it at their will instead of following the game mechanism. But fans' appreciation stopped when they realized G2 is not only playing for the fun but also for the win.

There are also a lot of Chinese fans dissatisfied with trolling social media posts from G2 botlaner Luka "Perkz" Perković, whose jokes on Twitter were often misunderstood as provoking Chinese LOL fans since some of his humor got lost in translation.

But other fans may still remember the tears Perkz shed in China's Wuhan during the Worlds 2017 when his team didn't make it out of the group stage and had to be separated.

It can be very hard to predict the results of the finals. FPX and G2 have never played against each other in an open match.

Also, both teams are known for the variety of playing styles. That's especially true for Doinb and Perkz, whose unique understandings of the game's mechanism are praised to be at a "level of art."

This year's Worlds is also unpredictable. Most fans and commentators have never expected all three South Korean teams, RNG and IG to be eliminated. And unlike previous years, they have almost no idea what will be the key to winning based on the current "meta" or version of the game.

Another myth in this year's Worlds is the 3:1 score. All the best-of-five matches in the entire series, including four quarterfinals and two semifinals, were finished with a score of 3:1. Would FPX and G2 finish the finals with the same score?

Let's hope the two teams can bring fans around the world an artistic and epic finals on Sunday.