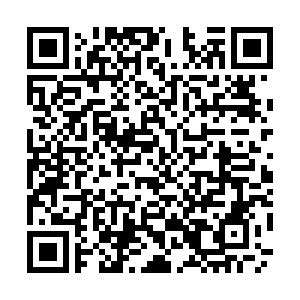 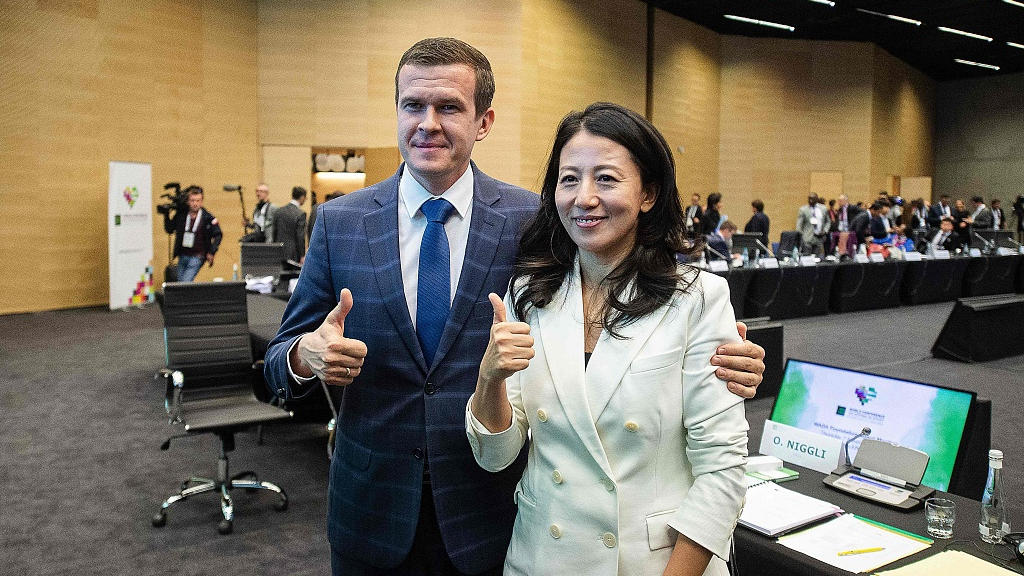 The election took place in the Polish city Katowice on the last day of the three-day Fifth World Conference on Doping in Sport. It also saw Poland's sprinter-turned Minister of Sport and Tourism Witold Banka elected as president to succeed Scottish Craig Reedie.

Yang, the first Chinese to take a leadership role in WADA's 20-year history, said she looks forward to working with Banka, a young politician at 35, in the next three years.

"He is very young, but he was an athlete before and also has so much experience in politics. I believe if we can work closely together, we can do a good job," she said.

Reedie gave his best wishes to Banka and Yang after the election.

"I wish you two every success possible," said the 78-year-old, who has been in the position for six years. 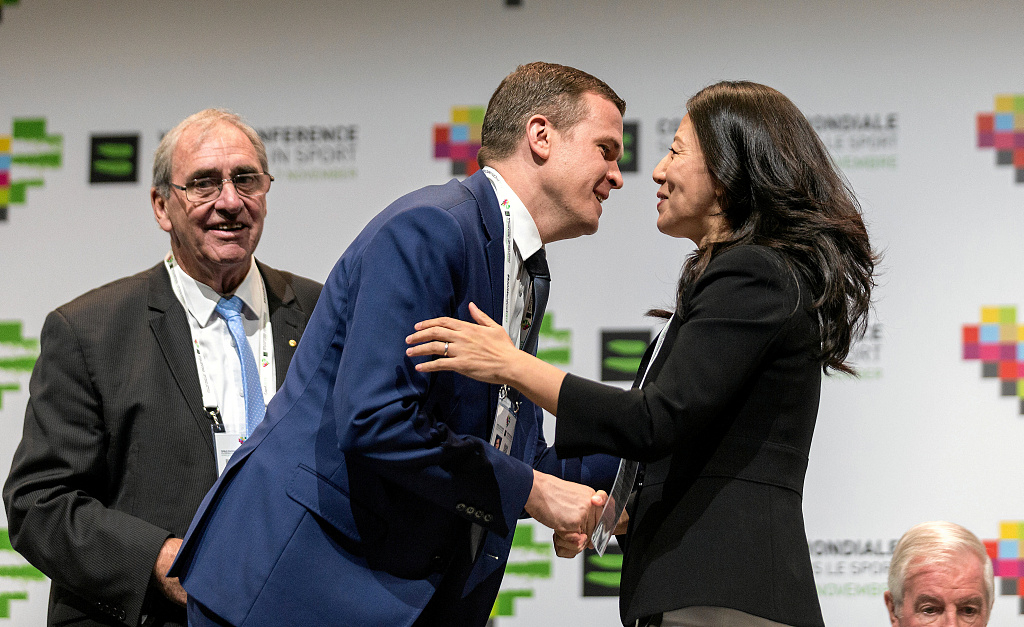 Yang, 43, will start her term at the beginning of next year, succeeding Norwegian politician Linda Helleland, who will step down at the end of 2019.

Yang became China's first Winter Olympic champion at Salt Lake City in 2002, when she took two gold medals and a silver in the short-track speedskating events. She was an IOC member from 2010 to 2018, when she was appointed an IOC Marketing Commission member.

She was nominated in May by the IOC executive board as the representative of the Olympic Movement for the vice presidency of WADA. She admitted that she was a little surprised when she first got the news.

"Frankly speaking, I was surprised by the nomination, although I did once work in the athlete's commission of WADA," Yang, one of the most decorated skaters in history, told Xinhua in an exclusive interview here.

Surprised as she was, Yang took pride in what the nomination and successful election stand for.

"I feel very proud not just for myself, but also for China," Yang said. "I am entrusted with this new responsibility, thanks to the IOC and WADA's confidence in my experience and ability. At the same time, I think it also shows the international society's recognition in China's efforts against doping." 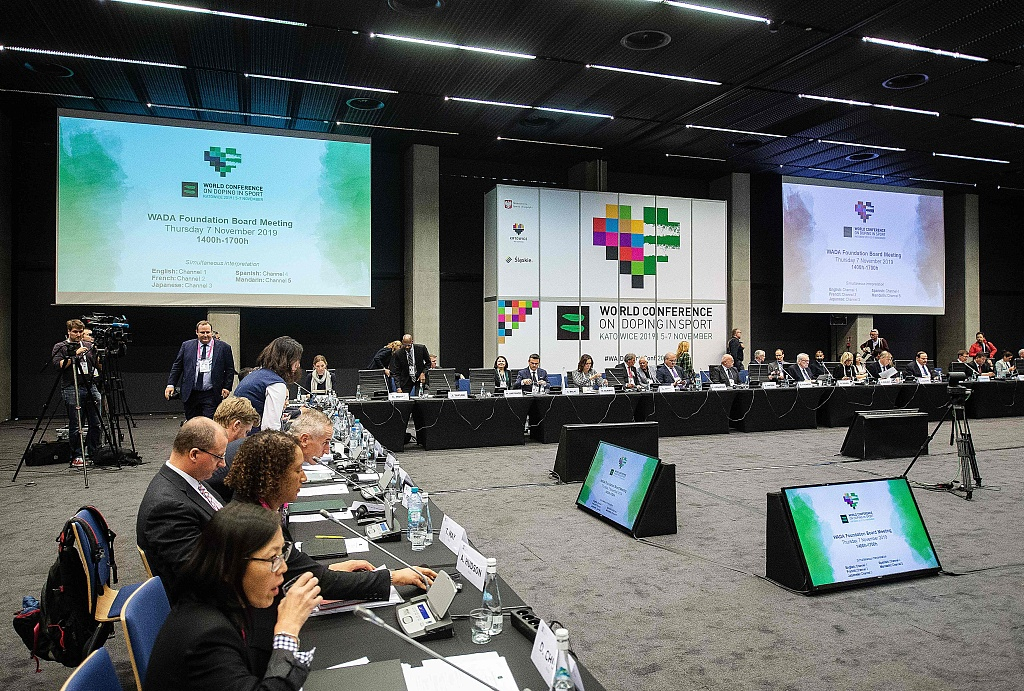 Yang said that she would face a daunting task in the future. WADA has gone through "some of the most difficult periods of the organization," as IOC President Thomas Bach put it in his speech here at the opening of the conference, and the challenge remains for the young leadership.

"WADA is a more comprehensive organization than the IOC as it has been formed by parties from sport and governments. It is like a whole new world to me," Yang added.

"I was an athlete, and my passion is to work for the interest of athletes," Yang said.

Li Yingchuan, vice director of China's State General Administration of Sport and also a member of the WADA Foundation Board, hailed the election of Yang.

"Yang was an excellent athlete and is experienced in working in international organizations. Although she may face big challenges in this difficult and complicated time, China's State General Administration of Sport will give full support to her," Li said.