China remains one of the most lucrative markets for U.S. companies
Liu Hongcai 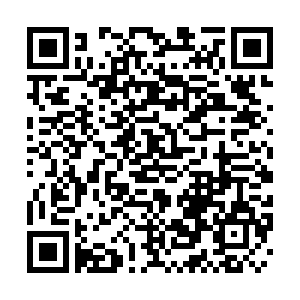 This year, nearly 200 U.S. enterprises are present at the ongoing second China International Import Expo (CIIE) in Shanghai. That's nearly a 20 percent increase from last year. Experts say it shows that U.S. companies are passionate about tapping into the lucrative Chinese market.

For U.S. company Baxco Pharmaceutical, it's their first appearance at the CIIE. Its exhibition area can be found in the California Pavilion, a booth set up for companies from America's largest state. Specializing in research and development of plant-based cures and pharmaceutical ingredients, the company said they made a mistake by not coming to the expo last year.

"It was clear to us that this was our moment to come out and to share with China what we are doing and to see if we can learn a lot from the Chinese people, Chinese consumers and Chinese business people in terms of what their needs are, particularly with regard to health and wellness, which is where we specialize," said Mark Alexander, the Chief Innovation Officer of Baxco. 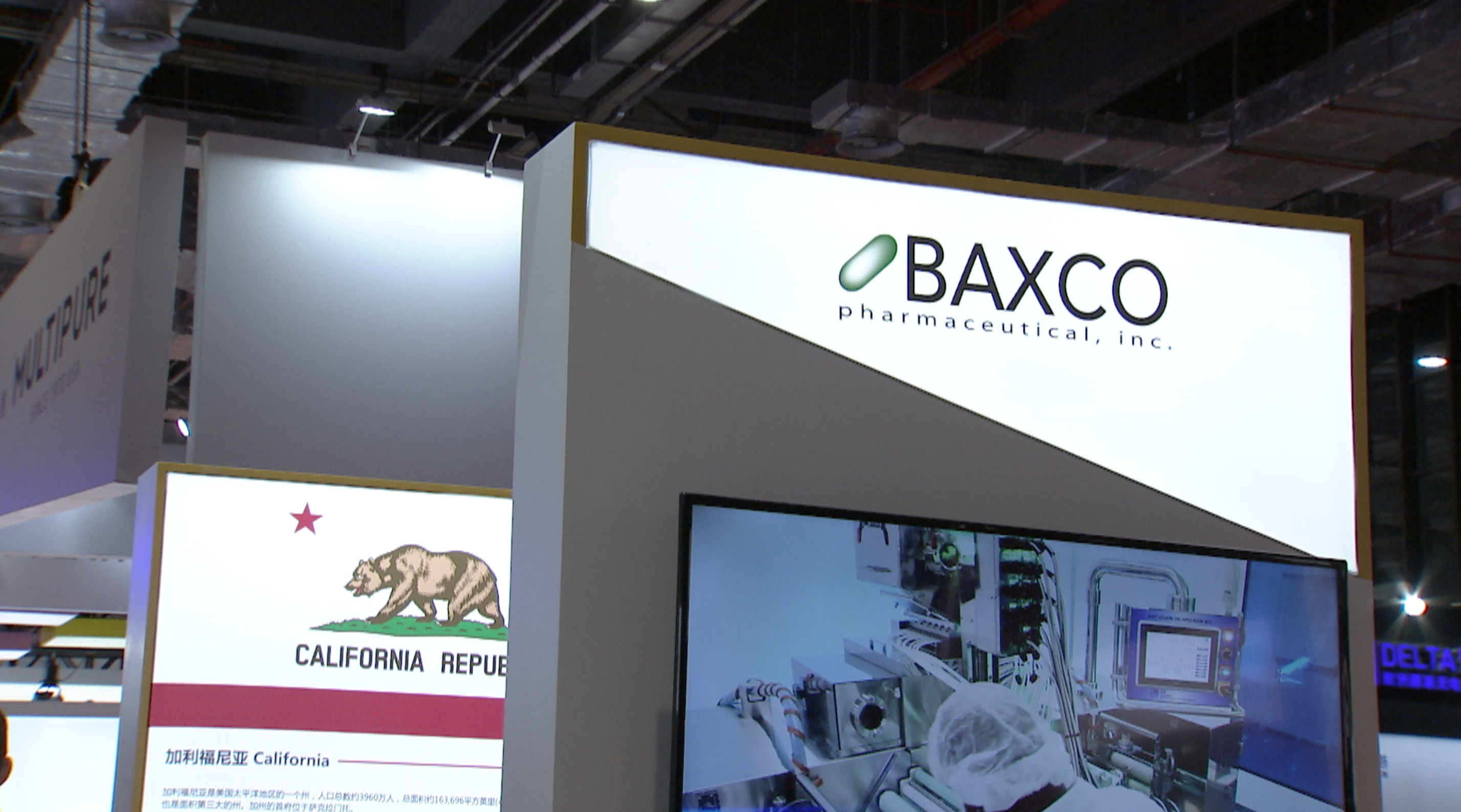 Baxco at the California Pavilion of the second CIIE. /CGTN Photo

Baxco at the California Pavilion of the second CIIE. /CGTN Photo

Baxco came in with open eyes and open hearts. For the company, CIIE is a good start to learn a lot more about the Chinese market, trends, tastes, and aspirations of the Chinese.

"It seems that we want the same thing that they want, which is deepening the mutual cooperation and long-term relationships. That's fantastic. I think more American should experience this and see this. It doesn't matter what happens to Washington, D.C., we will continue the move for Chinese and Americans," said Joe Meuse, Baxco's Chief Operating Officer.

This year, California-based startup Impossible Foods brought its plant-based meat to the second CIIE. Its "impossible" meat looks, cooks and tastes like ground beef from cows, attracting a lot of people to its booth. Dana Wagner, the Chief Legal Officer of the company, said that as China is responsible for about 28 percent meat consumption in the world, the market is really important for them. 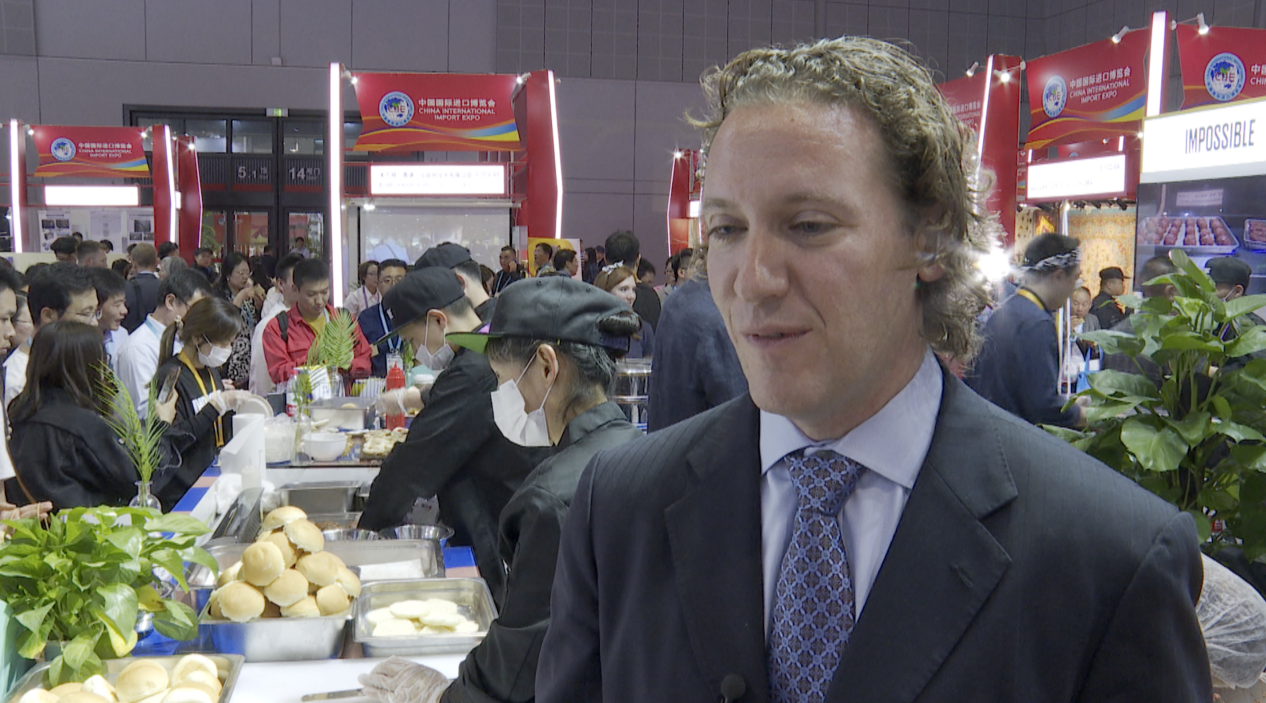 "As China's population is increasing, they are the largest population in the world. And we can see the demand of meat is going up, China is very important to us, " said Dana Wagner.

Among the repeat U.S. visitors to the expo is multinational conglomerate Honeywell. With strong optimism about the Chinese market, the company brought more than 30 leading technologies to the expo, including solutions on connectivity, safety and energy efficiency. 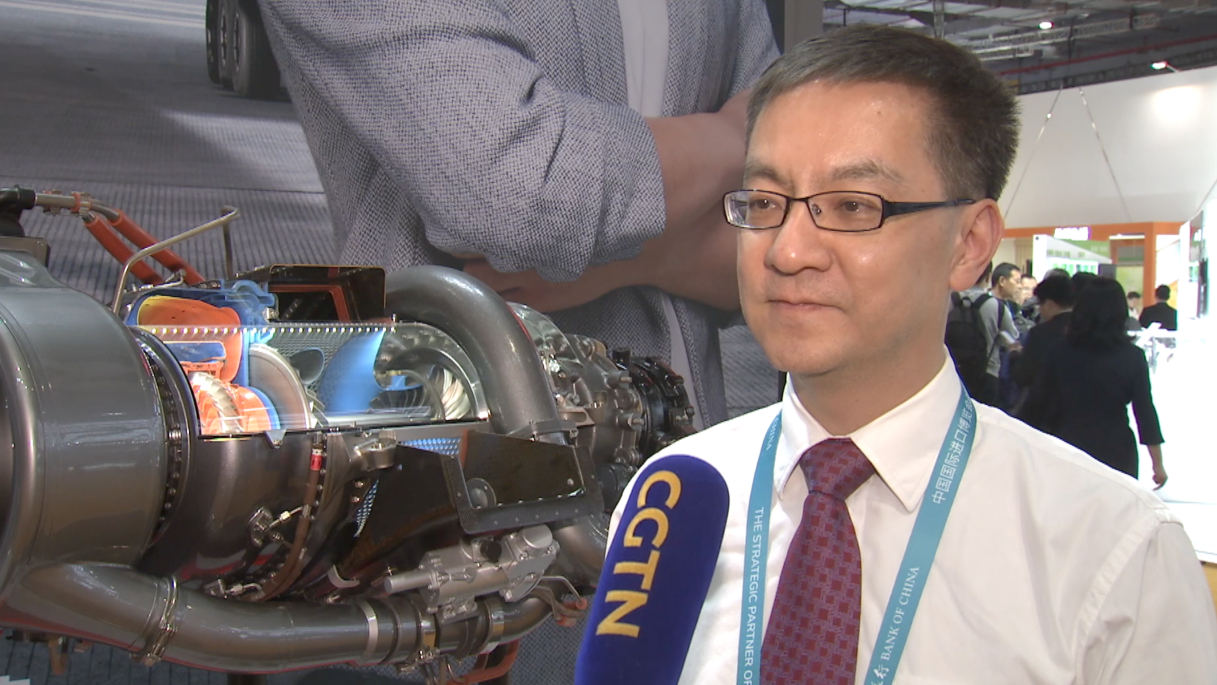 "We still have a very positive outlook, although there is some turbulence, and also some differences between the two sides. But we hope the current discussion will finish with a good outcome. Both countries can find themselves in a win-win scenario," said Scott Zhang, the President of Honeywell China.

Despite trade frictions between the world's two largest economies, business cooperation between the two is still highly valued by companies from both countries. And the greater presence of U.S. companies at the CIIE is proof that China remains one of the most lucrative markets for international businesses.