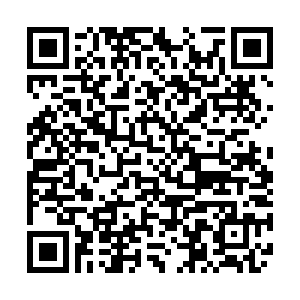 "We are extremely indignant about and strongly opposed to U.S. Secretary of State Mike Pompeo's accusation that the family members of some Uygur activists got harassed," said a spokesperson of the government of northwest China's Xinjiang Uygur Autonomous Region.

On Tuesday, Pompeo said that the Chinese government "harassed, imprisoned or arbitrarily detained" family members of three Uygur activists and some others in Xinjiang in a statement titled "Harassment of the Family Members of Uighur Activists and Survivors in Xinjiang, China."

"This is simply not the case," said the spokesperson, and "the family members of the said three activists live and work normally in Xinjiang."

According to the spokesperson, the mother of Furkhat Jawdat, one of the activists mentioned by Pompeo, has been living a normal life at her home and in contact with her son at times, though Jawdat claimed his mother was moved to a prison from a vocational education and training center after meeting with Pompeo on March 26, 2019.

"As for Alfred Erkin, the activist alleged that his mother was put into a 'concentration camp' at the end of 2017 and his father 'was arrested and sentenced in March 2018.' However, the reality is that his father was sentenced because of his involvement in terrorist activities, while his mother, younger brother and younger sister all live a normal life. His mother had persuaded her son multiple times, saying his father had been arrested for wrongdoing for which he felt very much sorry. She advised her son not to lie anymore and get off the separatist organization as soon as possible," the spokesperson said.

Another man referred to in Pompeo's statement, Zumrat Dawut's elderly father, who was reportedly "detained and interrogated" multiple times by Chinese authorities in Xinjiang in recent years and recently passed away under unknown circumstances, in fact he died of a serious heart disease in a hospital last month at an age of 80, according to the spokesperson.

"Facts speak louder than words. We strongly urge Pompeo to stop smearing and attacking Xinjiang with rumors," said the spokesperson.