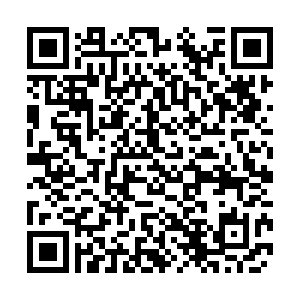 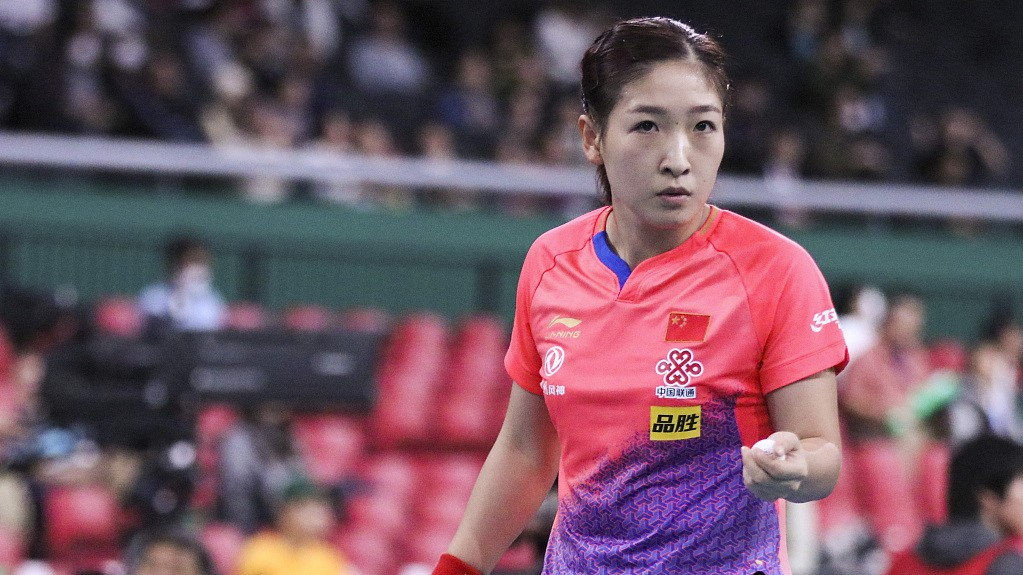 Chinese women's team swept hosts Japan 3-0 in the final of the ITTF Team World Cup on Sunday, claiming the team's ninth straight title of the event. 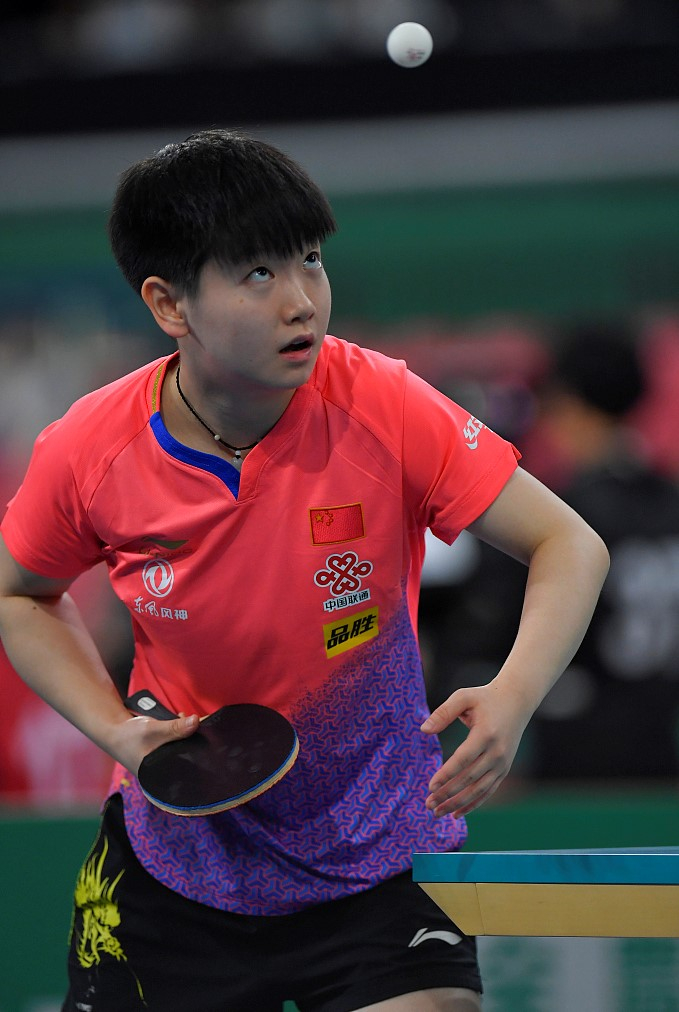 China sent Sun Yingsha to play against Mima Ito in the first singles match. The Japanese bronze medalist of the 2016 Summer Olympics pinned down Sun heavily in the first two games (11-8, 11-9). Fortunately for China, Sun found her game back and responded with 11-6, 11-7 to tie the score.

In the most important Game 5, Ito again gained the upper hand from the start and continued to lead from 5-2 to 10-7. Nonetheless, Sun did not panic and continued to read the opponent's style correctly before winning Game 5 12-10 to help China lead 2-0.

Liu Shiwen was China's third participant and her rival was again Hirano. Perhaps the 19-year-old girl had not overcome the pain from the loss in the first match, she hardly put up any real resistance against the aggressive game by Liu. Like breaking dead wood, Liu took three games in a row and put China's name on the championship trophy. 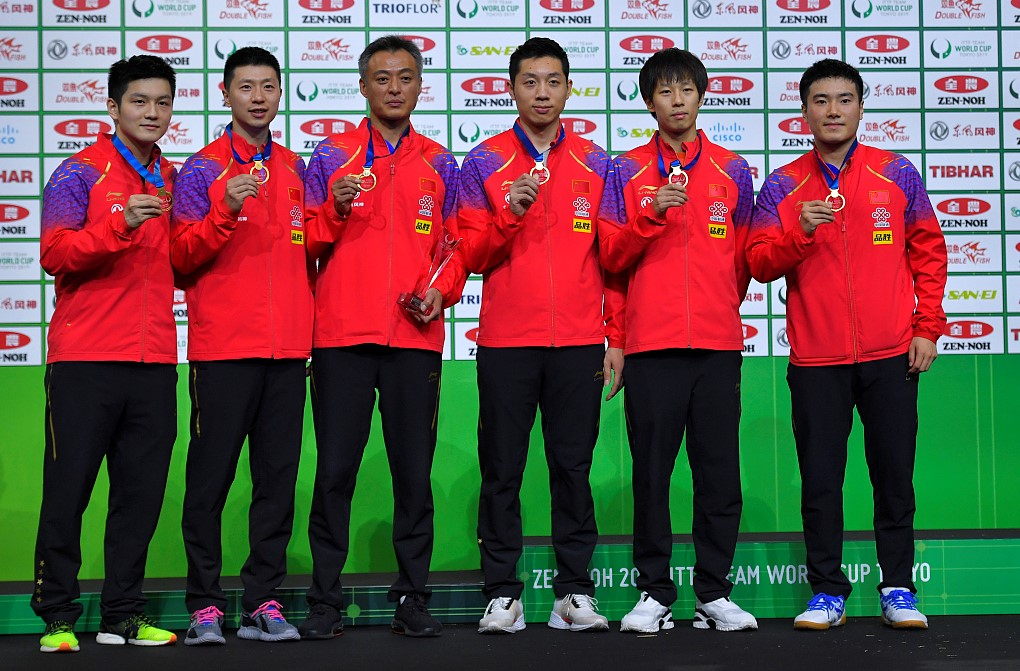 Earlier on Sunday, as Fan Zhendong took down Lee Sang-su 3-0 in the fourth match of the ITTF Team World Cup men's final in Tokyo on Sunday, China sealed its eighth consecutive and the 10th championship in total of the tournament by defeating South Korea 3-1 in total score.

This is also the 24th world title of China's captain Ma Long who matched his compatriot Wang Nan in this area. 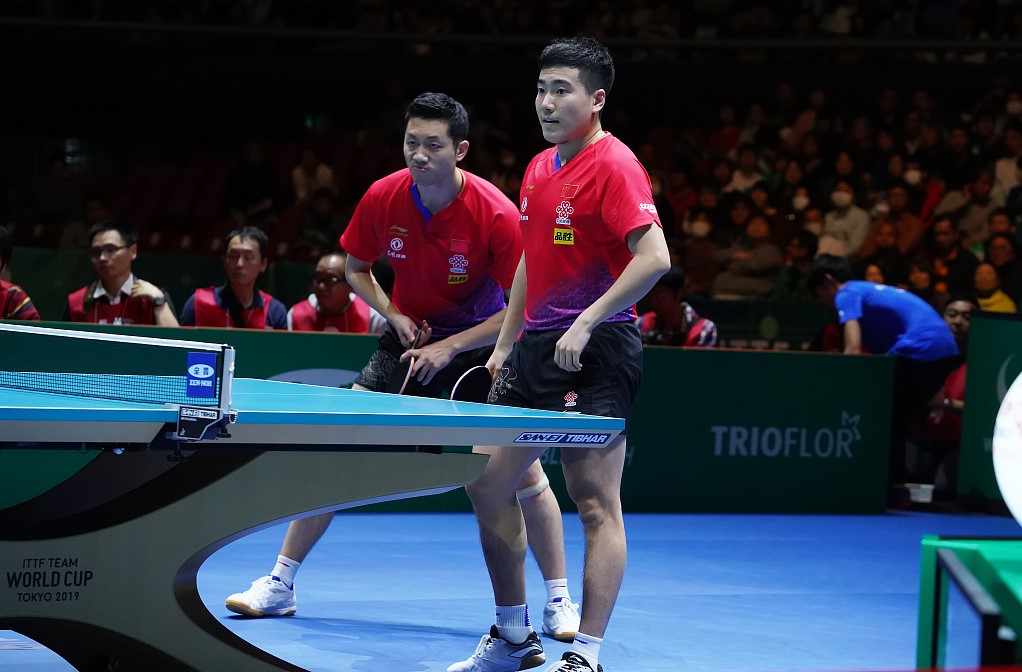 Though China swept their way to the final from the quarterfinals (3-0 USA) and semifinals (3-0 Japan), South Korea were not interested in resigning themselves to a loss. In the first match, Lee Sang-su/Jeoung Young-sik gave China a head-on blow at the first encounter. Having lost the first two games 11-8 and 11-4 to Chinese pair Xu Xin/Liang Jingkun, Lee and Jeoung changed their playstyle to chase a good start of each game. Meanwhile, Xu and Liang kept making mistakes at the end of the following three games before they watched South Korea take 1-0 lead in the final.

The world's No. 1 ranked player Fan Zhendong was China's second participant and his opponent was Jang Woo-jin. Fan had the game point with 10-8 in all three games the only resistance Jang was to make the score of the last game 11-9 before he was swept by Fan. 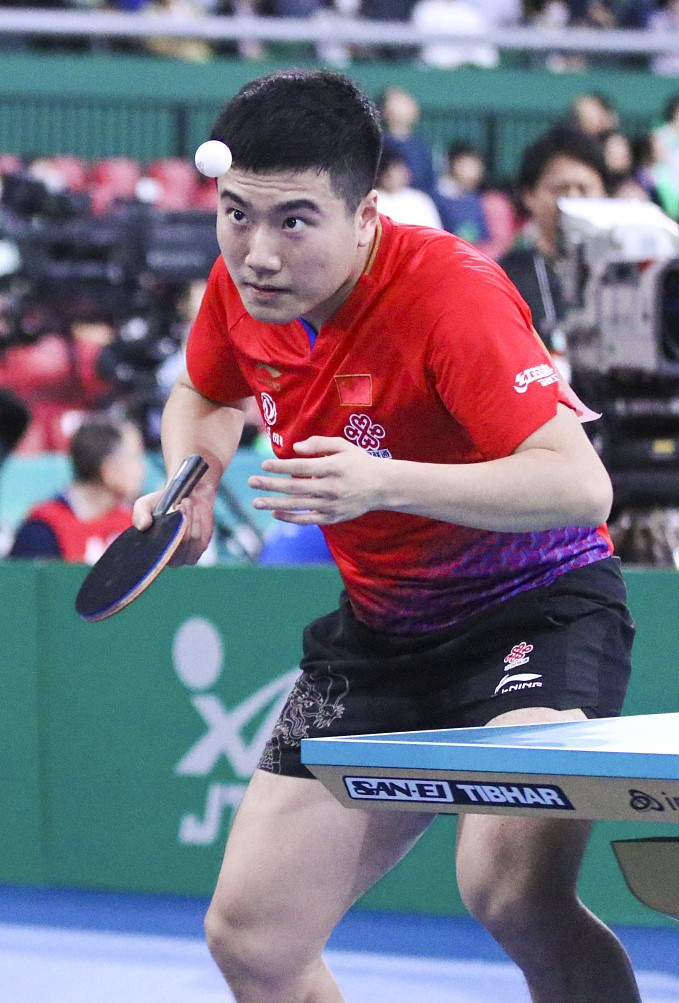 Having tied the total score 1-1, China sent Liang to the second singles contest and he met Jeoung, who defeated him in the first doubles competition, for the second time. Liang did not seem to move out of the shadow of previous loss. He not only trailed 2-1 in spite of his win in Game 1, but also watched Jeoung get the game point 10-9 in Game 4. Nonetheless, Liang sieved the narrow escape to followed the opponent closely before winning Game four 15-13. Having been reborn from the desperate victory, Liang established steady lead from the beginning of Game five and claimed the third match to gain 2-1 lead for China.

Fan picked up the racket again in the fourth match to take on Lee. Like the way he took care of Jang, Fan was on full power from the beginning with out leaving much opportunity for Lee. With a smooth 3-0, Fan made Chinese men's team the World Cup champions.

(CGTN's Sports Scene has contributed to the story.)