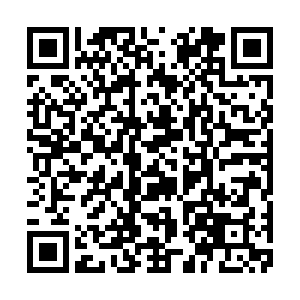 The top leaders of both China and Greece have pledged to promote dialogues of civilization, while deepening practical cooperation and consolidating political mutual trust.

That came as Chinese President Xi Jinping pays a state visit to the European nation, the first for a sitting Chinese president in 11 years. 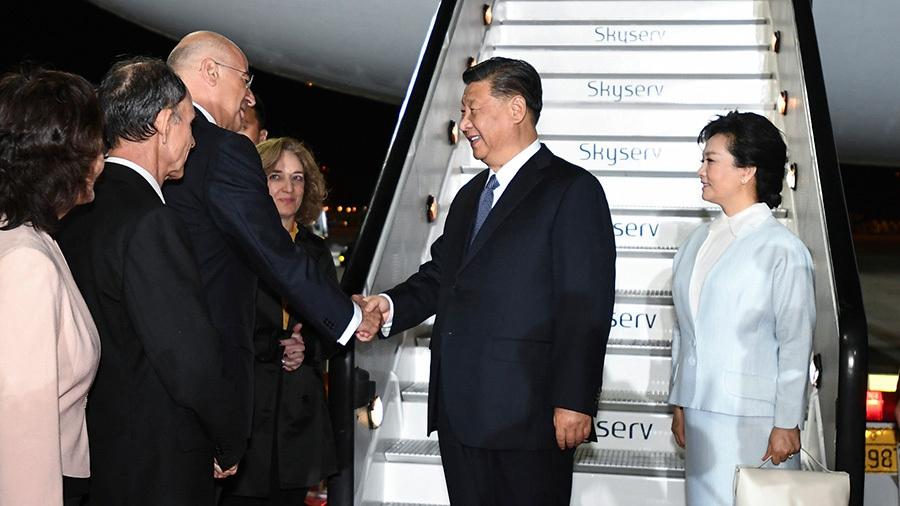 The ties between China and Greece are a dialogue of two civilizations, said President Xi when meeting with his Greek counterpart Prokopis Pavlopoulos on Monday, noting that the two nations share many of the same ideas.

The Chinese president has called on the two sides to set examples for political mutual trust and win-win cooperation. Both sides need to continue giving firm support to vital issues that concern each other's core interests, said President Xi.

He also vowed to push for cooperation between China and central and eastern European countries, while urging more dialogue between all parties.

President Xi also stressed the importance of multilateralism, hoping to utilize the wisdom of ancient Eastern and Western civilizations to building a community with a shared future for mankind. 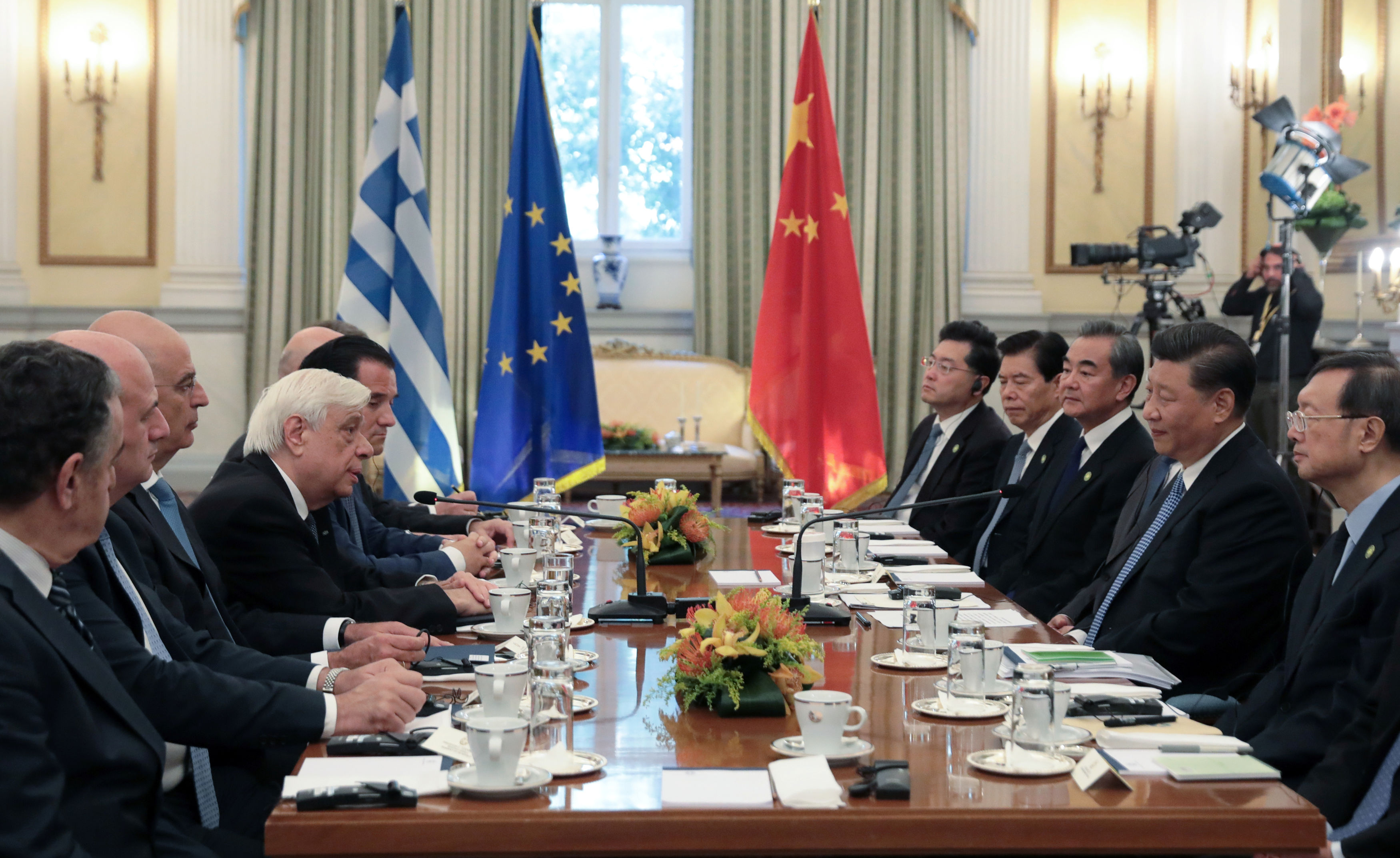 On his part, Pavlopoulos spoke highly of the ties between the two nations. "The Greek people have a sense of natural closeness, as both Greece and China are countries of old civilizations," he said.

He also said he expected to further cooperate with China in areas including trade, culture, among many others. Greece is willing to actively participate in the China-proposed Belt and Road Initiative (BRI) and push for the development of Europe-China ties, Pavlopoulos noted. 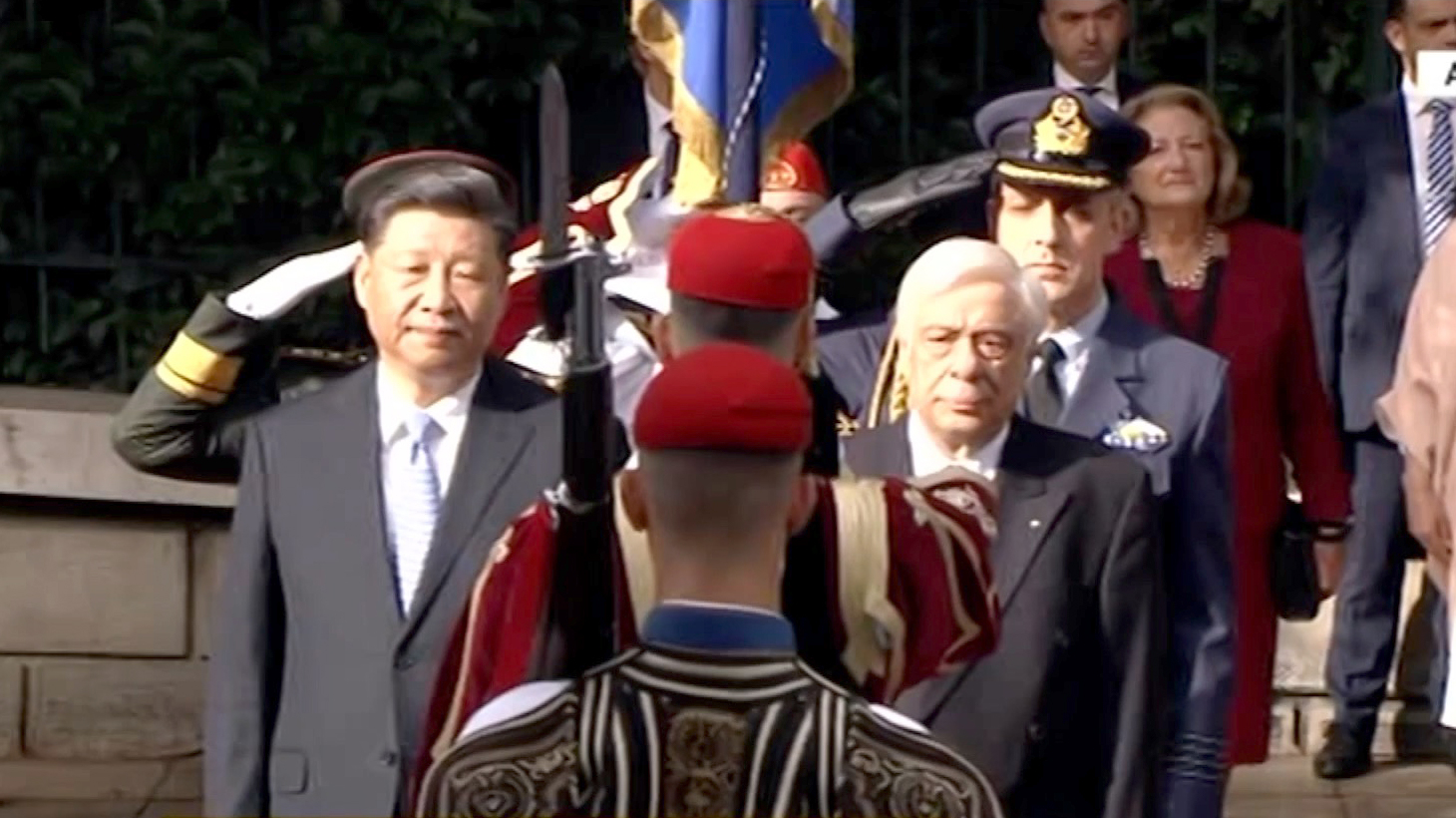 Earlier in the day, President Xi also laid a wreath at the Tomb of the Unknown Soldier, along with Pavlopoulos, and attended a welcome ceremony held by his Greek counterpart.

Greece is the first stop in Xi's ongoing Europe and Latin America tour, which will also take him to Brazil. He will attend the 11th BRICS summit in Brasilia on November 13 and 14.