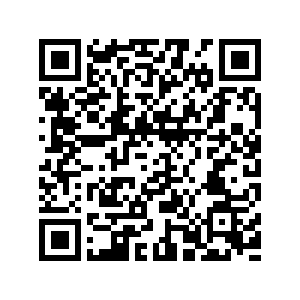 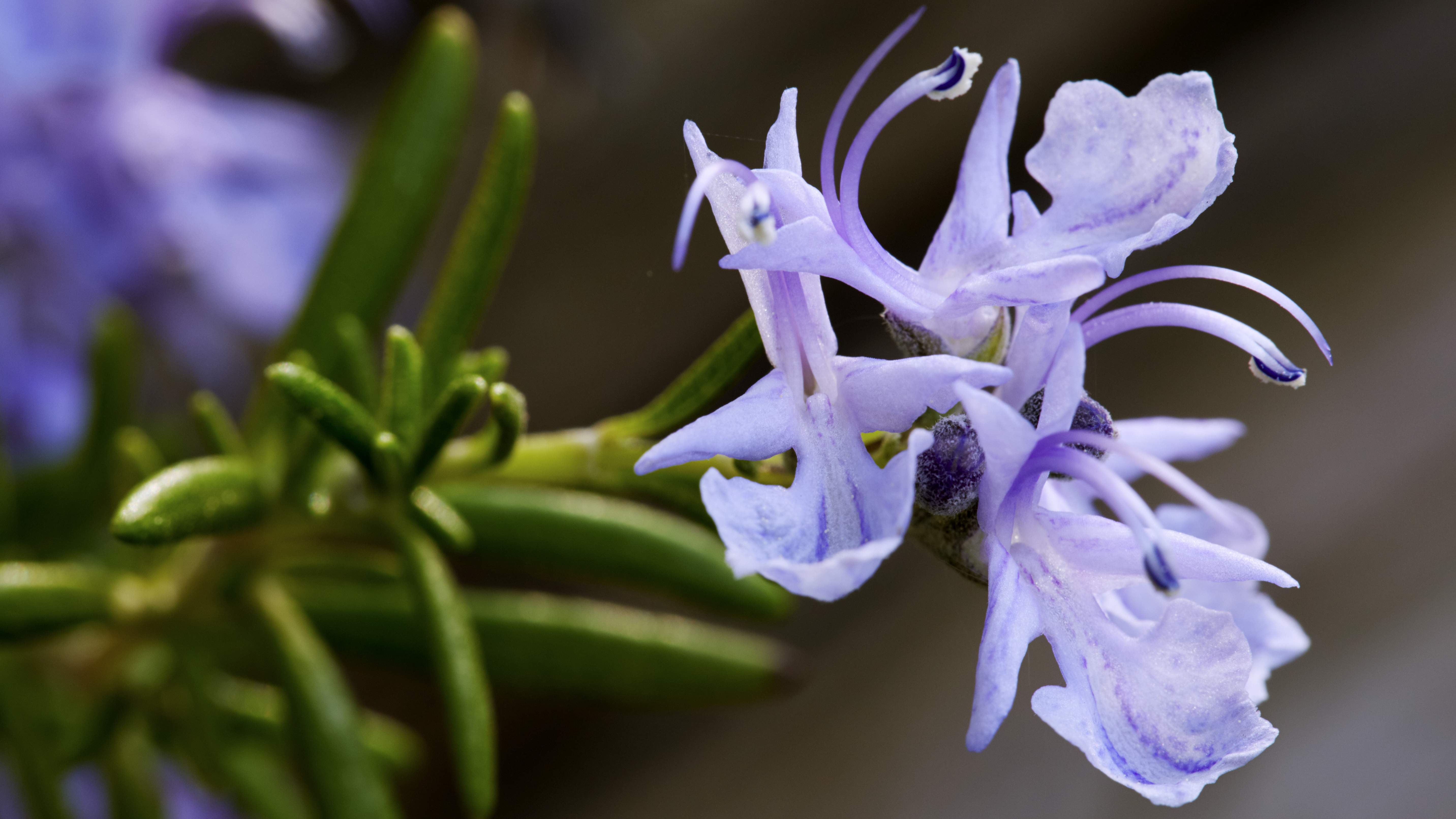 Rosemary is native to the Mediterranean and Asia. It was introduced and naturalized in China in 220 AD, during the late Han Dynasty (206 BC—220 AD). Rosemary can produce white, pink, purple or deep blue colored flowers with peculiar shape, hence it is usually cultivated as a decorative plant. Besides, it is also widely used in spice, herbal tea and essential oil for its distinctive scent. 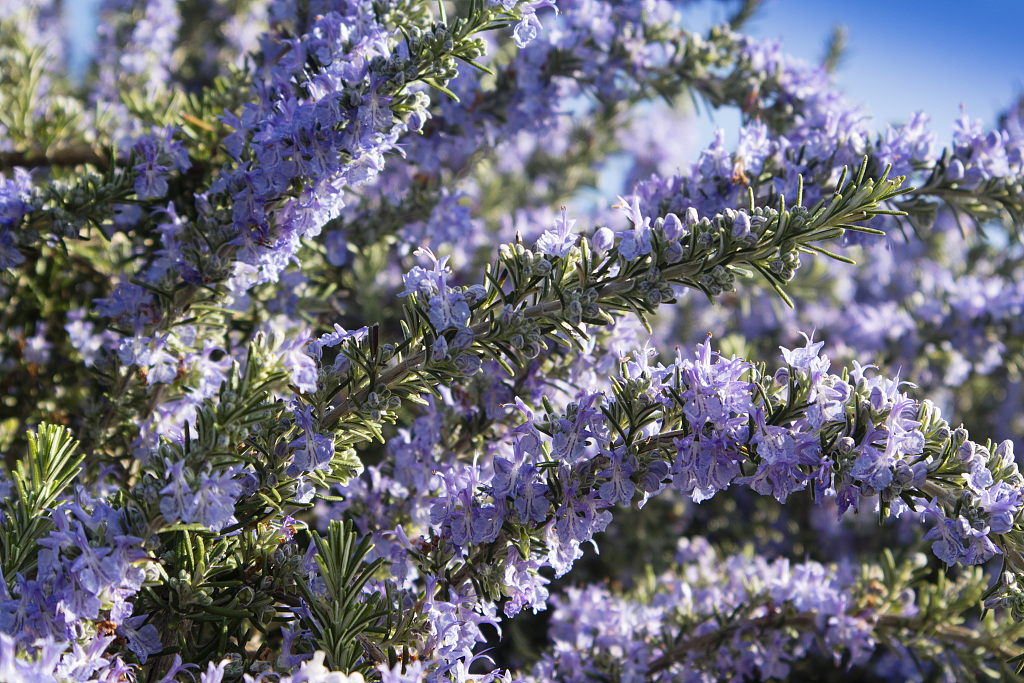 Speaking of spice, dried rosemary commonly used in cooking might be familiar to many people. Some spices can not only satisfy your taste buds but also offer you beautiful flowers to enjoy while they are fresh and vivid. Rosemary is one of the species that are pleasing to both the eye and the tongue. 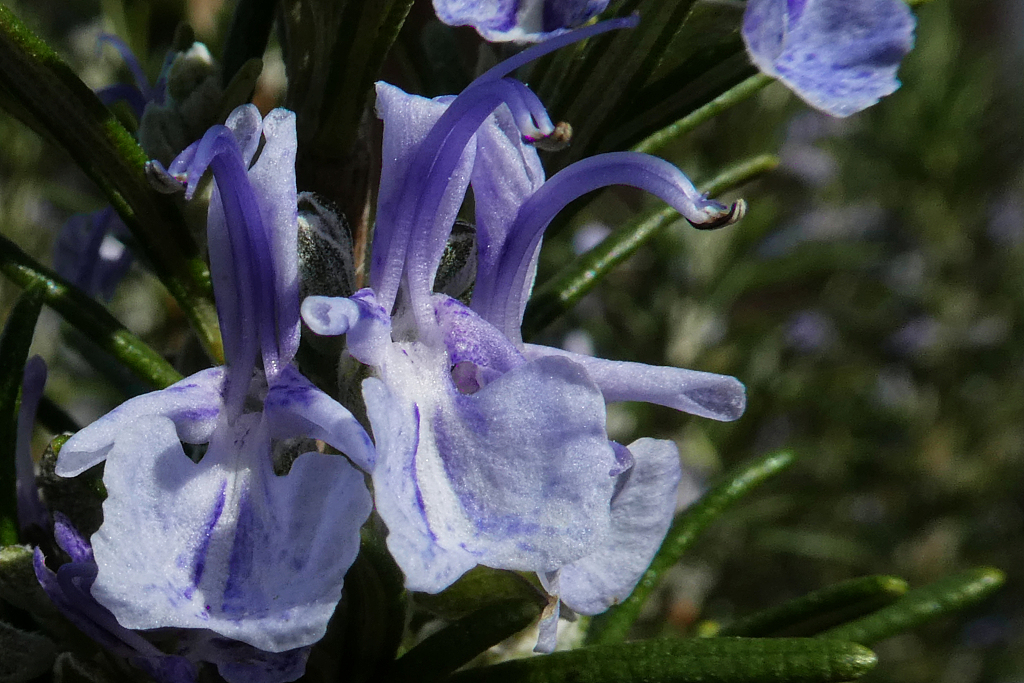 Good news for gardeners who hope to grow rosemary at home is that the plant is not difficult to grow at all. Though it likes warmer climate, it sustains drought and cold so that it can grow outside the house in winter. 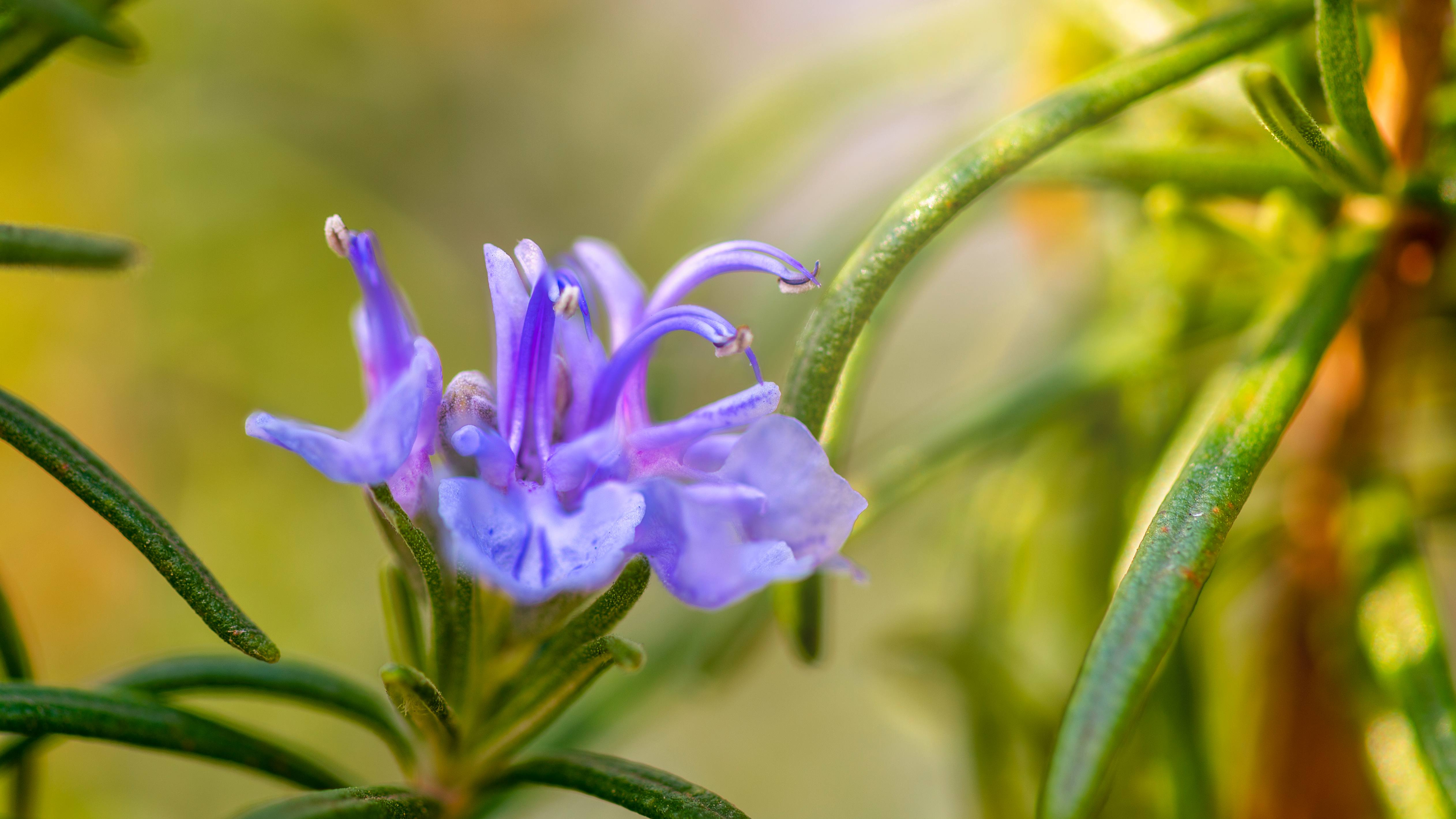 Rosemary needs six to eight hours of full sun every day, but don't let it overheat. It prefers sandy, well-drained soil and little water, so do not over-water it unless the soil is completely dry. 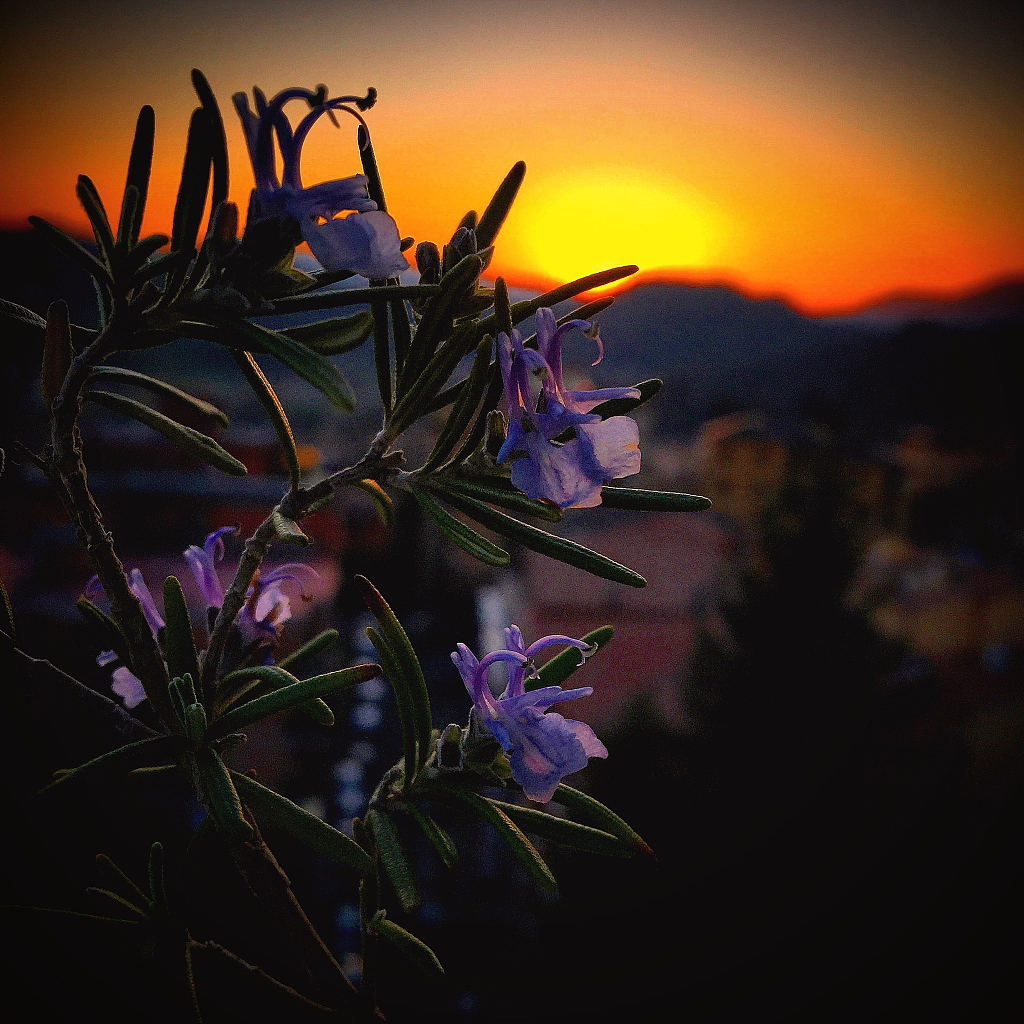 Rosemary's long blooming period extends from November to April. When waiting for the flower to blossom, you can still make good use of the leaves to cook delicious meals for yourself. 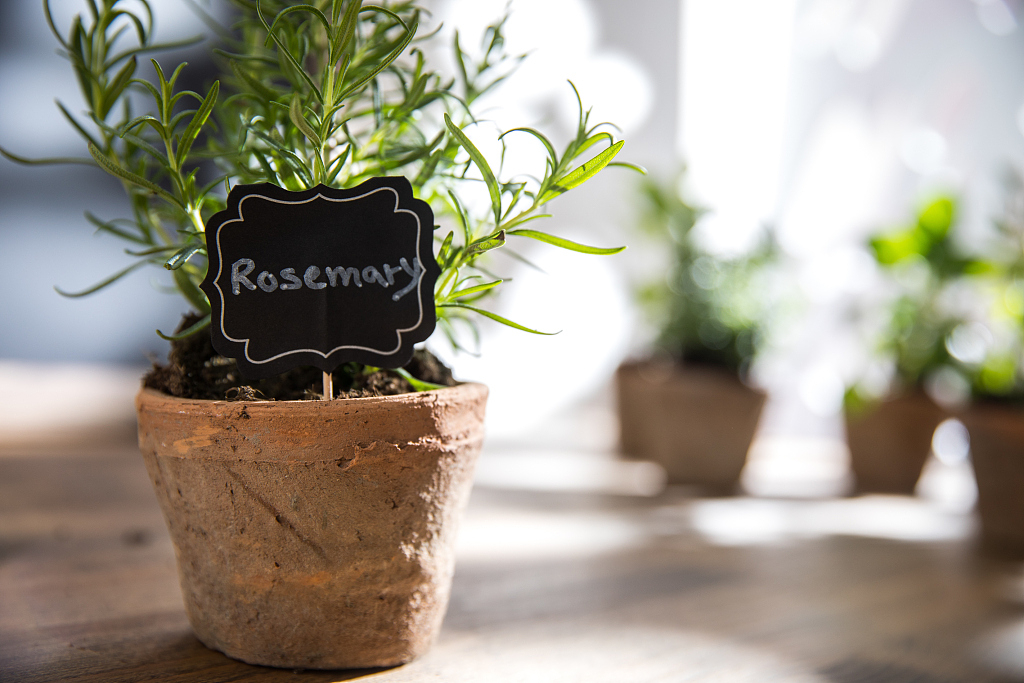 A pot of rosemary /VCG Photo

A pot of rosemary /VCG Photo