What lipstick tells us about the Chinese economy
By Wang Xiaonan 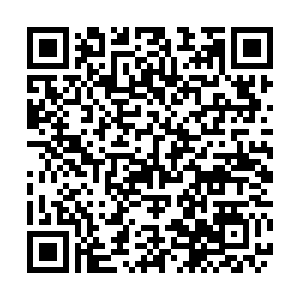 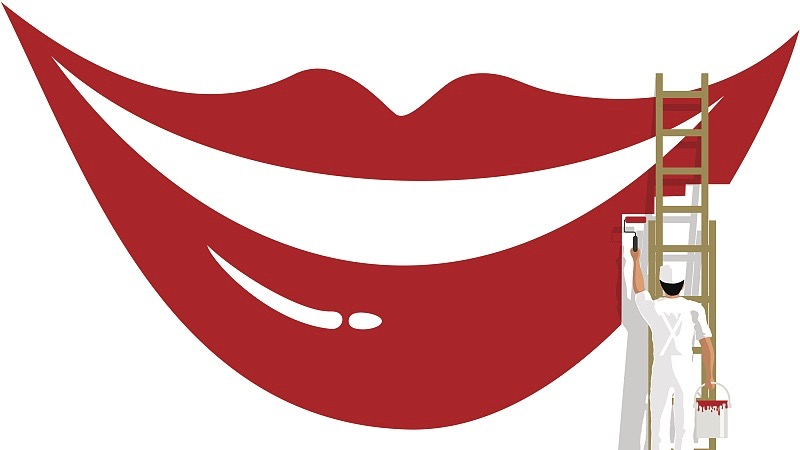 "I bought four lipsticks before dawn," said Ying, who calls herself a relatively rational consumer. She's one of those late-night shoppers who are becoming a mainstay of China's shift to a consumption-driven economy. Mostly, she's one of the many young people to have bought lipsticks on Singles' Day, the largest online sales day in the world. Apart from lipsticks, other little cosmetics including eye serum, mascara, and blush were among the top sellers on Taobao as the Singles' Day sales hit a record 38 billion U.S. dollars on its 11th anniversary.

China's sales boom of these small luxury items with branded lipsticks at the center started back in 2017 when lipstick revenue saw a 250-percent increase compared to two years before. As this trend rages on, reaching a peak on this year's biggest shopping day, some economic observers are saying the "lipstick effect" is coming into play in the world's second-largest economy.

The "lipstick effect" refers to the phenomenon where people tend to buy cheap thrills like lipsticks as a feel-good treat while cutting back on big-ticket items such as houses, cars, and furniture during tough times. For much of the last century, lipsticks were touted as a bellwether of broader economic trends. 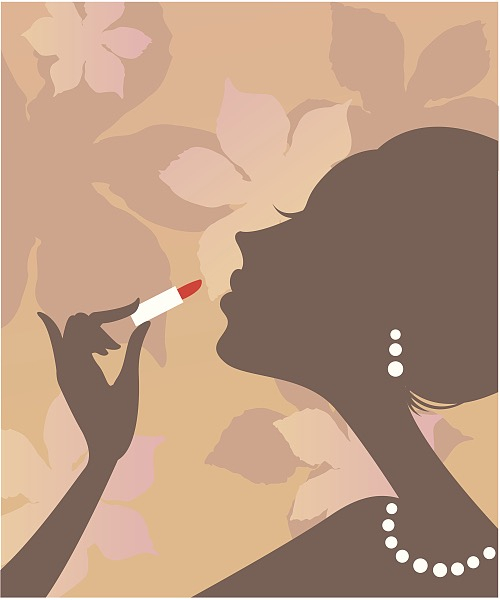 Beauty and the economy

The "lipstick index" was coined by cosmetics giant Estee Lauder's chairman Leonard Lauder two decades ago. After the 9/11 terrorist attacks in 2001 in the U.S., he observed that his company was selling more lipsticks amid an economic slump. And while people in the manufacturing sector were losing their jobs, the cosmetics sector saw an increase in employment.

Lauder thus proposed that women were indulging in a relatively inexpensive luxury item to boost their mood in a shaky economy when they couldn't afford pricier items. He concluded that a boost in lipstick sales is a way of gauging hard economic times.

This effect of the cosmetics industry benefiting from times of crisis can be traced back to the Great Depression. Between 1929 and 1933, when the U.S.'s industrial production halved, consumers held off on household and recreational spending but continued to drive sales in beauty products.

Similar correlations were observed during Japan's lost decade when consumer expenditure on small accessories went up by 10 percent amid the stagnation that peaked in 1997. And in the first half of 2008 – the year when the global financial crisis began, the world's largest beauty company L'Oréal saw its sales surge by 5.3 percent. 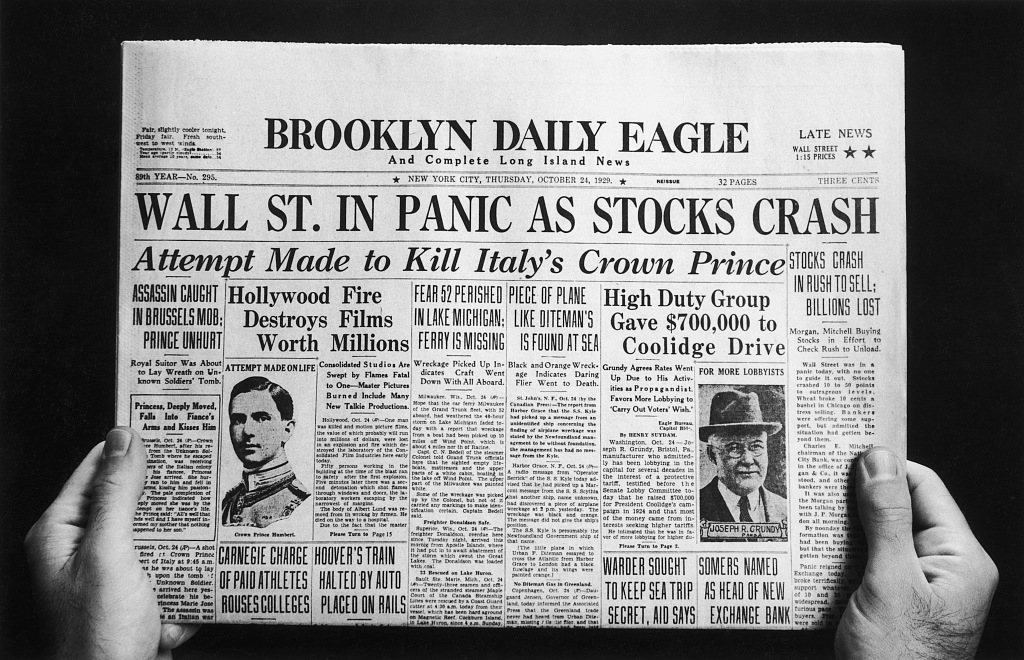 The front page of the Brooklyn Daily Eagle newspaper with the headline "Wall St. in Panic As Stocks Crash," published on the day of the initial Wall Street Crash of "Black Thursday," in New York, U.S., October 24, 1929. /VCG Photo

The front page of the Brooklyn Daily Eagle newspaper with the headline "Wall St. in Panic As Stocks Crash," published on the day of the initial Wall Street Crash of "Black Thursday," in New York, U.S., October 24, 1929. /VCG Photo

A lipstick sales boom in China

With a peak in sales of beauty products, China seems to be reeling from the "lipstick effect," where domestic GDP has plunged to its lowest in 27 years. On top of that, the country's automobile sales turned negative in 2018 – the first in 28 years – another indicator that Chinese consumers are turning away from basic extravagance to small indulgences.

So is the Chinese economy really headed toward a recession? "The theory is purely about a correlation. Having a sales boom of lipsticks isn't necessarily due to the economic downturn," said Wang Dan, China analyst at the Economist Intelligence Unit (EIU).

One of EIU's studies shows that in urban China, there are around 140 million women aged between 20 and 35, among whom two-thirds are living in second- and third-tiered cities. "They are the main consumers of lipsticks. Those women living in smaller cities have seen significant income growth in recent years. Top-brand large luxuries target megacity women and small city women have more appetite for cheaper luxuries like lipsticks," Wang told CGTN. 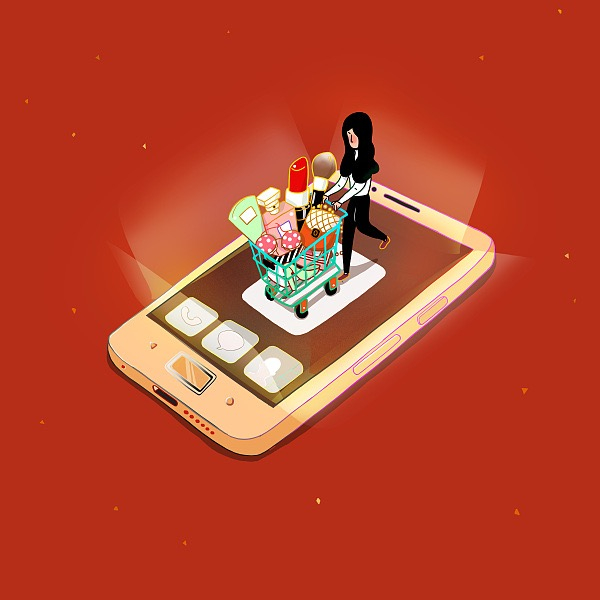 Another contributing factor is the immense influence of social media among Chinese youth, noted Wang. "Young people are drawn to trendy fashion items. Affordable fashion items like lipsticks are especially welcomed for its varieties and immediate impact on looks," she said. China has some 802 million active internet users, the sheer size of which drives both top luxuries and niche designer brands to pour resources into social media marketing.

Ying admits that she bought all four lipsticks while watching a livestream by Li Qiaqi, the prominent internet personality known as the "lipstick queen." He once sold over 15,000 lipsticks in 15 minutes during one of his live-streaming sessions. "He gives comprehensive details about a lipstick, from its texture to smell to moisture to endurance. It's really engaging," Ying said. 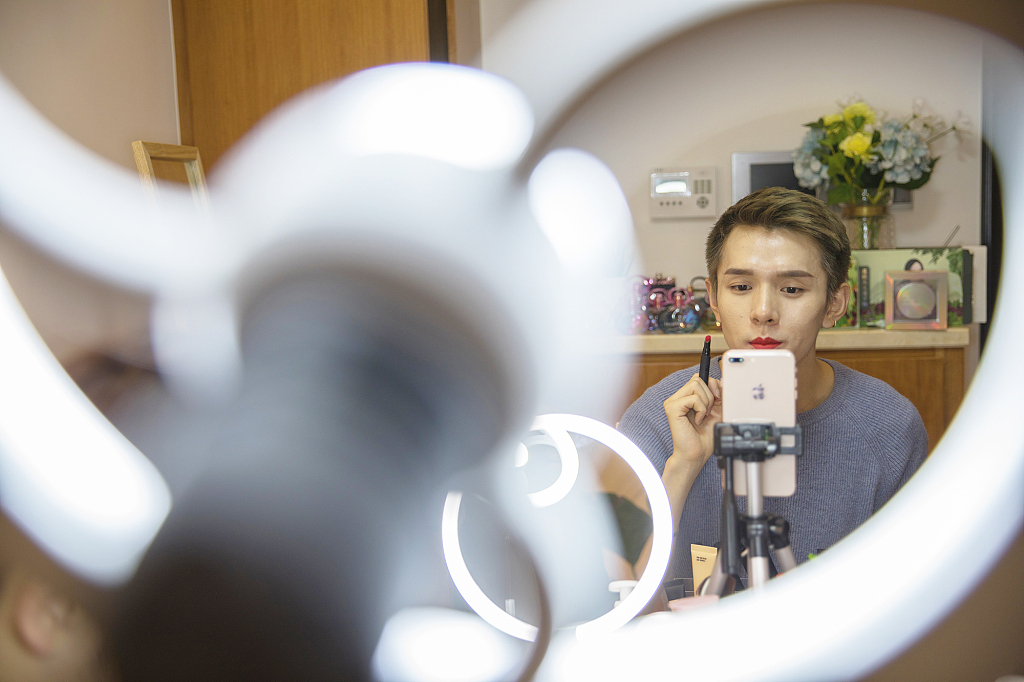 Going beyond the lips

In the midst of all these economic analyses, the classic phrase "correlation does not imply causation" comes to mind. A rise in lipstick sales during tough economic periods doesn't mean that the former causes, or is even a reliable indicator of, the latter. The Economist dived into the statistics of this effect in 2009. Citing data from market research firm Kline & Company, the publication's editors noted that reliable historical figures demonstrating the lipstick effect were scarce and that sales of lipsticks also grew during times of prosperity.

Regarding the performance of China's economy, a 6-percent growth rate, though at an ebb in nearly three decades, may not be a sign of economic distress. "It means the Chinese economy is maturing," said Jonathan Woetzel, a senior partner of McKinsey & Company, during an interview with CGTN.

She points out that China's economy is confronted with challenges, including slower infrastructure building and domestic investment. But we have to see the whole picture.

So how can we know where the economy is going? Try and look a bit further than just reading the lips.