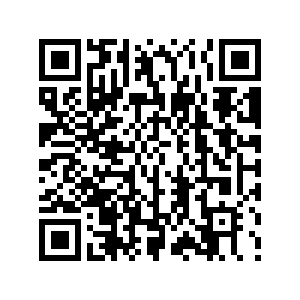 Two months ahead of Taiwan's leadership election, Beijing unveiled a series of new measures for the island, hoping to boost cross-Strait relations, including access to high-tech industries like the fifth generation of cellular network technology (5G), and equal treatment as Chinese citizens in consular protection and investing.

The new "26 measures" pack is a step further taken by the Chinese mainland, following a package of "31 measures" announced in 2018 but optimized earlier this year. Many say the new policies have given Taiwan compatriots "close to quasi-national treatment," amid discrediting voices from the island's independence-leaning ruling forces.

According to the State Council Taiwan Affairs Office, these measures – drawn up by 20 government departments - were designed to ensure that enterprises and individuals from Taiwan receive the same treatment as those from the Chinese mainland. 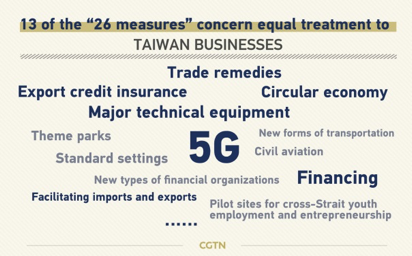 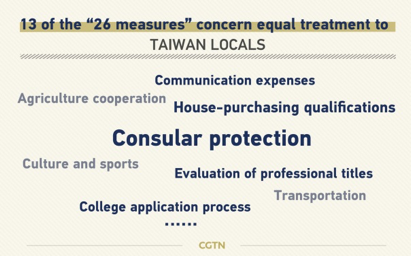 Taiwan enterprises are now entitled to equal treatment as their Chinese mainland counterparts when participating in 5G technical research, waste recycling projects, airport construction, among many others.

In addition, Taiwan locals can make residential property purchases in mainland if they possess Taiwan residence permits; while abroad, they can also seek assistance at Chinese mainland embassies and consulates. This is the first time such protection was made official through paperwork.

"There are Chinese embassies everywhere in the world. If emergencies happen, (Taiwan people) can seek assistance there," said Philip Yang, a political science professor of Taiwan University, in a radio program.

"For Taiwan people, it's like buying a travel insurance when traveling overseas." 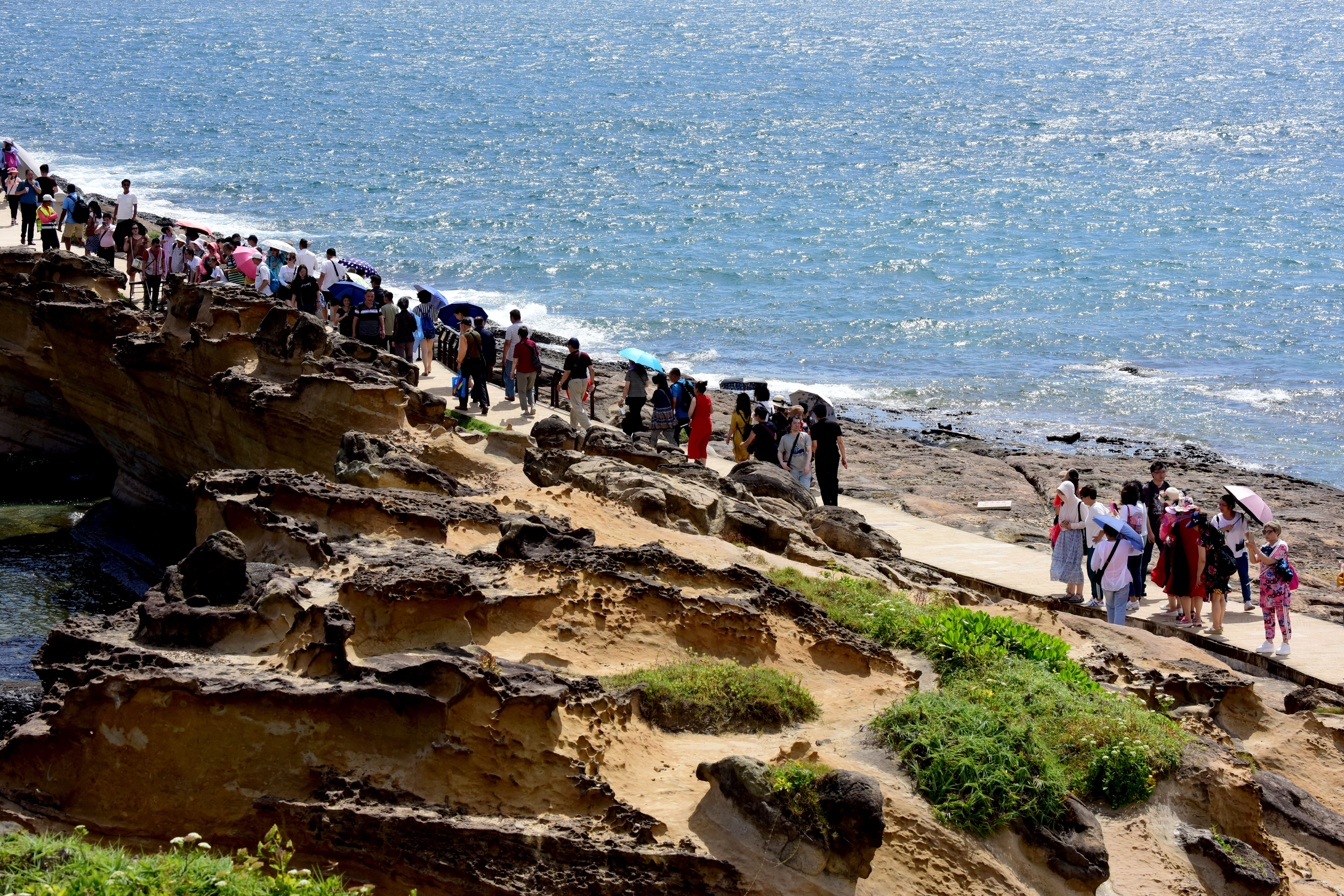 The new measures legitimate protection to Taiwan compatriots, yet such care is not new and can be traced back to decades ago.

Compatriots on both sides of the Taiwan Strait are all of the same family, said Ma Xiaoguang, spokesman for the Taiwan Affairs Office of the State Council.

'Measures will only benefit the Chinese mainland'

Taiwan's ruling party does not like the new package, claiming the new measures only benefit the Chinese mainland, although they ostensibly profit Taiwan.

"It looks like there are so many measures," Taiwan official Joseph Wu wrote on his twitter. "But we in Taiwan do not need 'One Country, Two Systems,' so there is really no need to be so polite.” 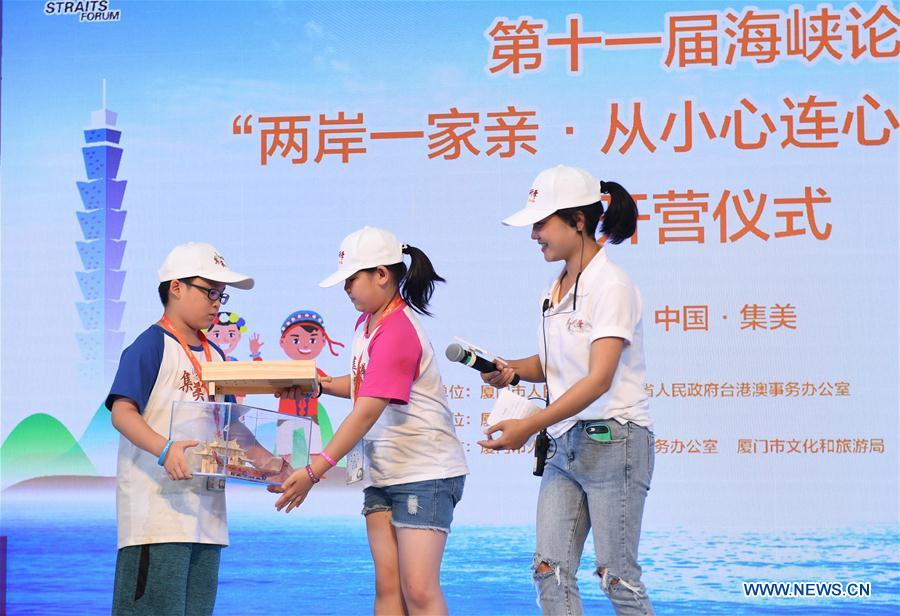 Cross-Strait tensions have mounted since independence-leaning Taiwan leader Tsai Ing-wen took office in 2016. The Tsai administration has refused to acknowledge the 1992 consensus, an understanding that both sides across the Taiwan Strait make one China.

Taiwan's "Mainland Affairs Council" also spoke on the issue, saying Beijing is using these "benefits" to meddle with next year's leadership election.

Comments from the Tsai administration further laid bare the fact that it only care about "selfish interests" of their party and have no regard for the interests of the people in Taiwan, Ma said in a press briefing.

"Such 'political manipulation' will not work."

Professor Yu Tzu-hsiang of Taiwan's Shih Hsin University echoed, "people have their own judgement," he said.

"The Tsai administration has been creating hurdles for people from Taiwan to work and study in the Chinese mainland," he told CCTV, CGTN's mother station. "Taiwan (authorities) have been pouring cold water (to its people), while the mainland government is shining down with its warm sunlight."

"People will vote with 'their feet.' More and more (Taiwan residents) will choose to work and live in the mainland."