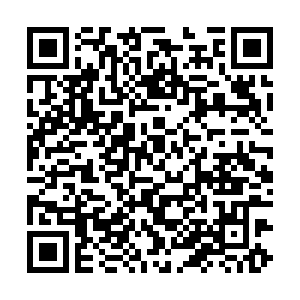 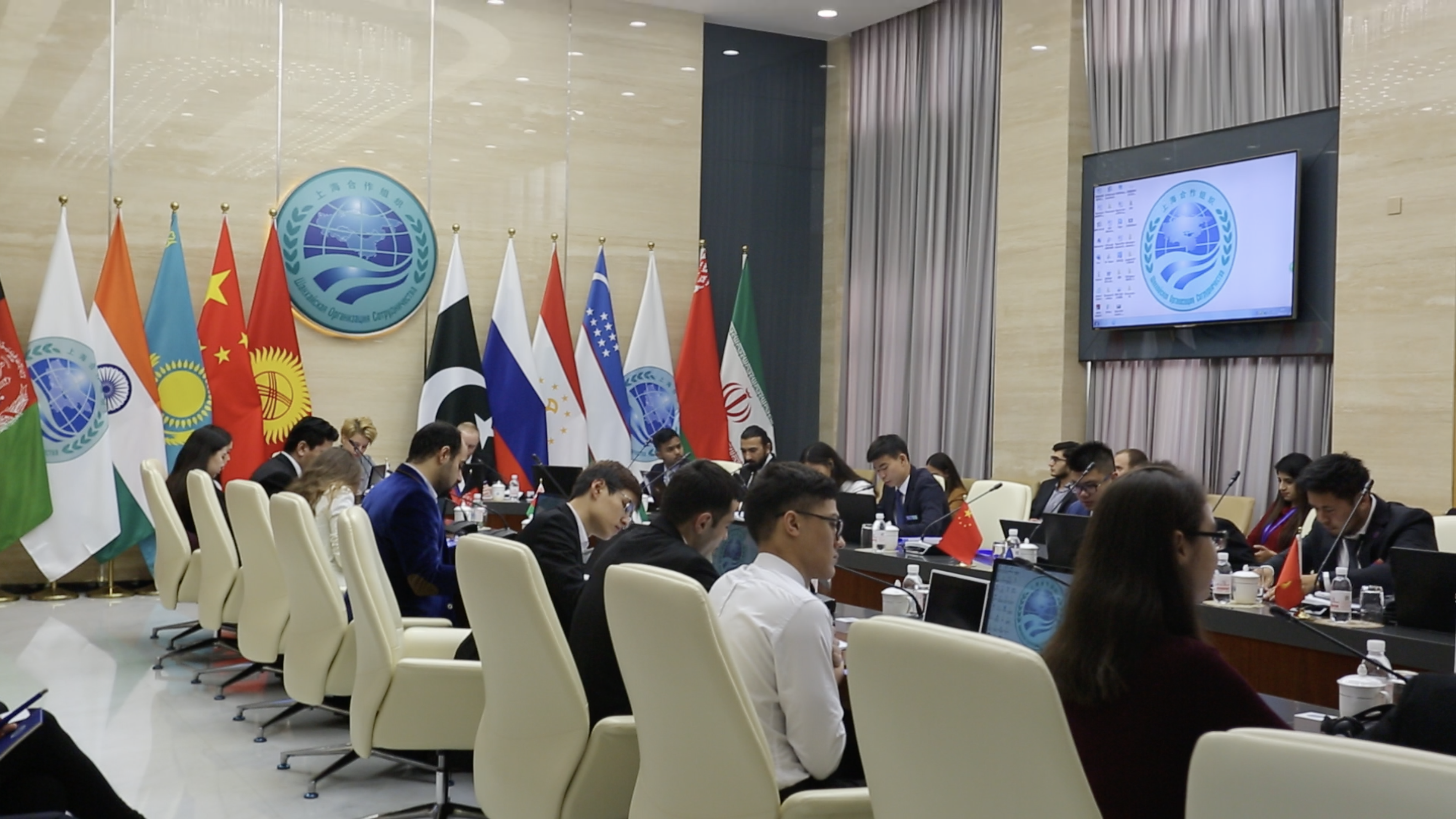 The Shanghai Cooperation Organization (SCO) is giving serious thoughts to establish a regional bank to synchronize digital payment gateways using local currencies in an effort to boost e-commerce within the Eurasian bloc while also reducing its dependence on external platforms, such as Mastercard and Visa.

The matter was at the center stage during the recently held fourth Model SCO Youth Conference which had "The development of e-trade and digital economy in SCO region" as its topic. The SCO Secretary-General also acknowledged it as the "top issue" that's drawing the attention of the organization's leadership.

"This is the top issue to which our leaders are paying attention. It was discussed at the Qingdao Summit (2018) and again at the Bishkek Summit (2019). In all the statements of heads of state, the importance of using national currency for transactions between our countries was emphasized," Vladimir Norov told CGTN Digital on the sidelines of the conference held at the SCO Secretariat in Beijing.

A joint statement, released after the day-long deliberations, proposed the creation of an "SCO Bank" to facilitate banking transactions and inter-payment systems within SCO countries. 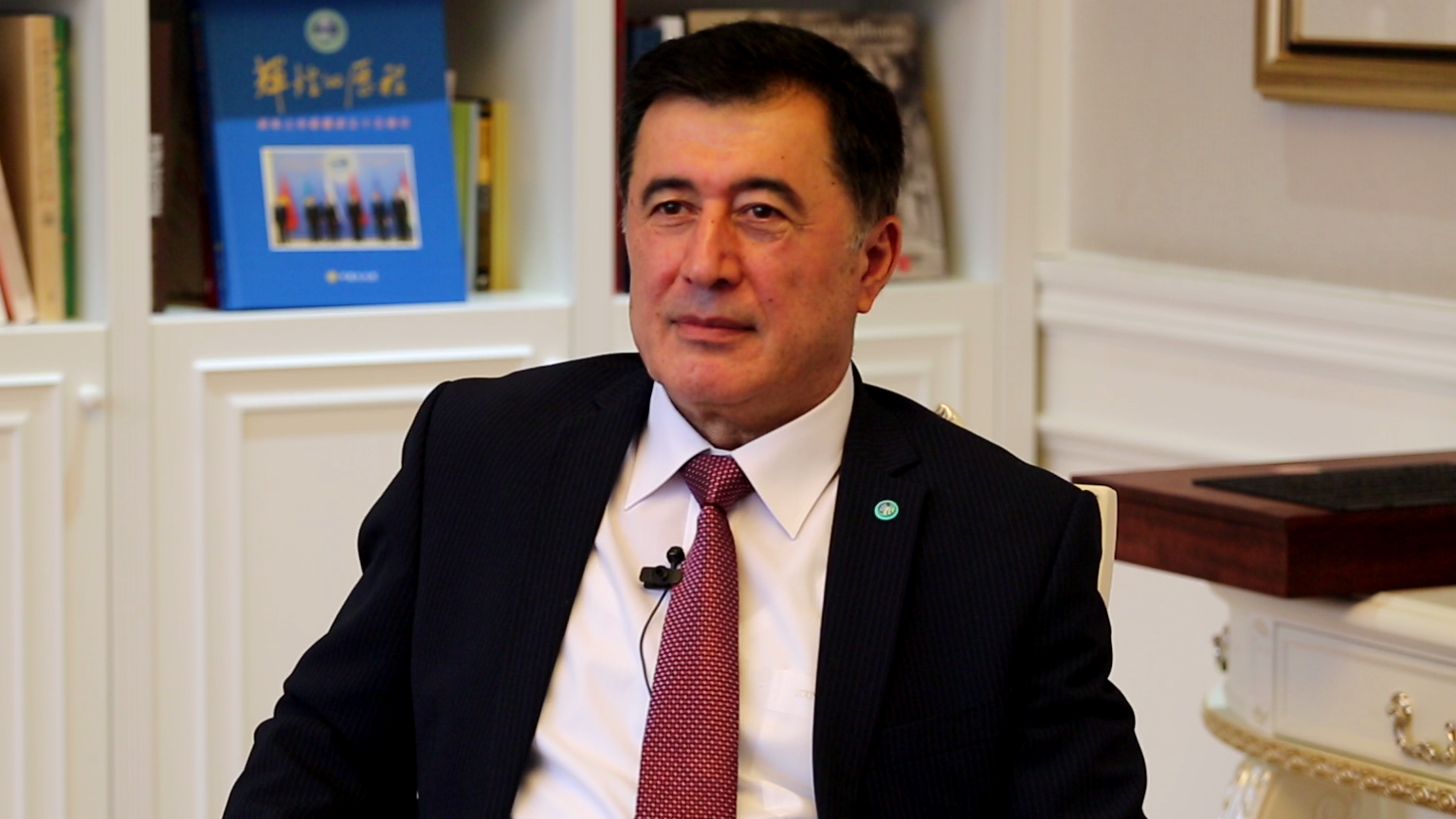 Noting that some SCO countries have already initiated trading in local currencies among each other, Norov, a former foreign minister of Uzbekistan, stressed that more needs to be done to make such transactions consistent within the SCO region while also minimizing the use of the U.S. dollar as the main global currency of exchange.

"We have popular payment gateways in SCO region such as RuPay from India, UnionPay from China and Mir from Russia. But still for e-commerce, we use Western Union, Mastercard and Visa whereas we also know that when we use these other services we have to pay transaction charges. Also, these payment gateways only use U.S. dollars as operating currencies," elaborated Tabrez Mas, an Indian delegate at Model SCO.

"So this is a very tedious process and it has lots of conversion charges, transaction charges and there is lots going on. So why not use our SCO region currencies such as if I want to buy something from China, why can't I use RuPay and use rupees through Indian and Chinese payment gateways in our own currencies?," he added matter-of-factly. 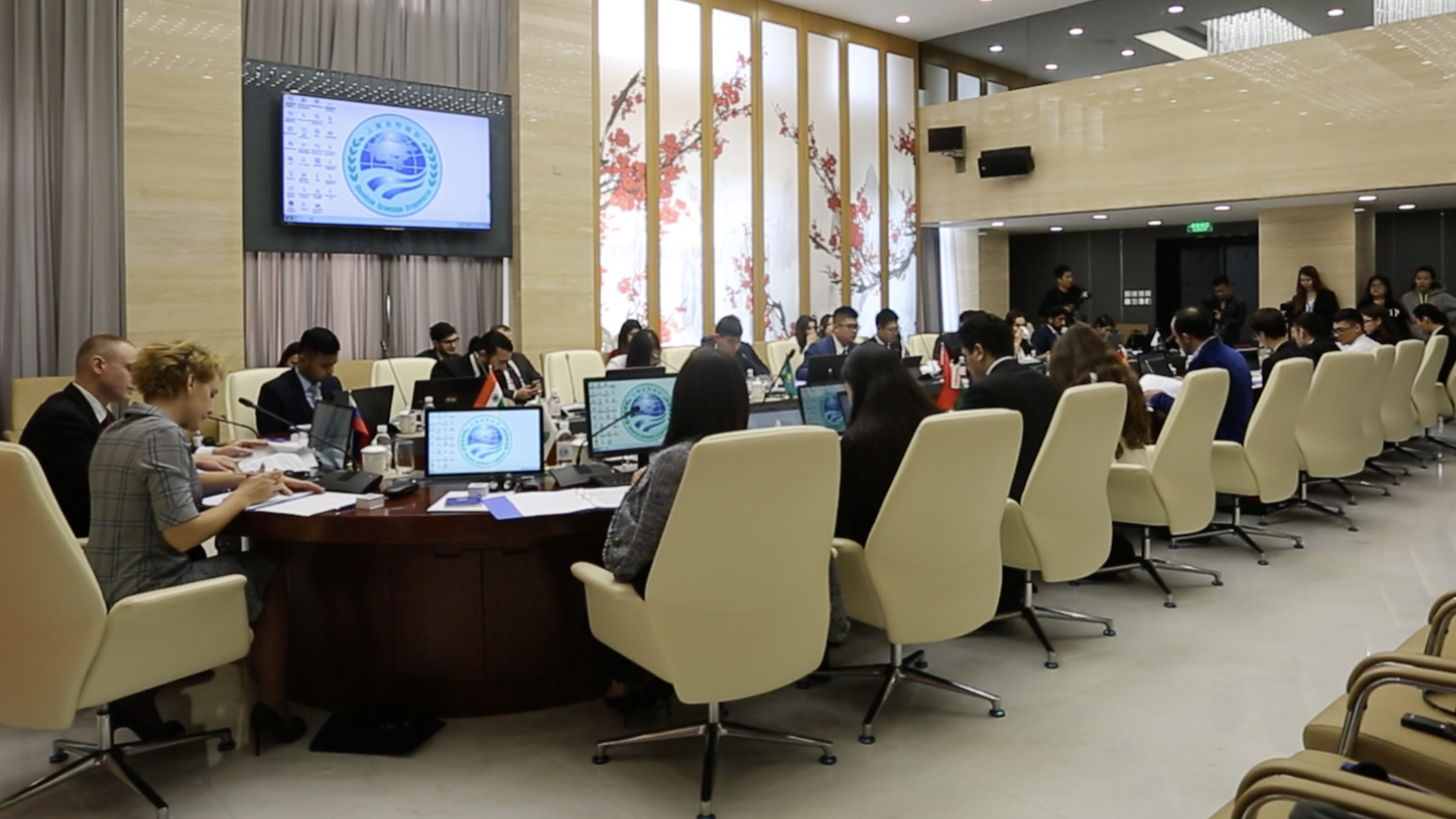 The Indian youth delegation was the first to propose a coordinated digital payment gateway among the SCO countries, which received unanimous support from the other delegates with the Model SCO joint statement envisioning "the cooperation of payment systems [such as] UnionPay in China, RuPay in India and Mir in Russia."

Norov said the SCO is taking the proposal very seriously and already finding ways to create uniform payment mechanisms within the region.

"The delegation from India made a good proposal and we are looking at how it could be implemented through other mechanisms including mobile application, or app. I recently had a meeting with the leadership of [Chinese e-commerce giant] Alibaba and we hope to obtain support from them on these issues [creating cross-border digital payment gateways]," the SCO Secretary-General revealed.

The Model SCO Youth Conference was organized by SCOLAR Network, a Beijing-based association of young professionals and students from SCO countries. The conference follows the format of SCO leadership summits where all decisions are arrived at through consensus. Delegates from all the 12 member and observer states deliberated on the potential of e-trade and digital economy in the region.

"The topic is very important because currently there is no common understanding and common definition of e-commerce. What is e-commerce? Different countries, especially in SCO, they have their own understandings. For China, it is in one way. For Russia, for Pakistan, it is another way. India has very different approach," said Odil Gafarov, SCOLAR member and one of the main organizers of Model SCO.

"We are trying here together all of those ideas into one and to see whether the young people could have a consensus on the topics," added the Uzbek national. 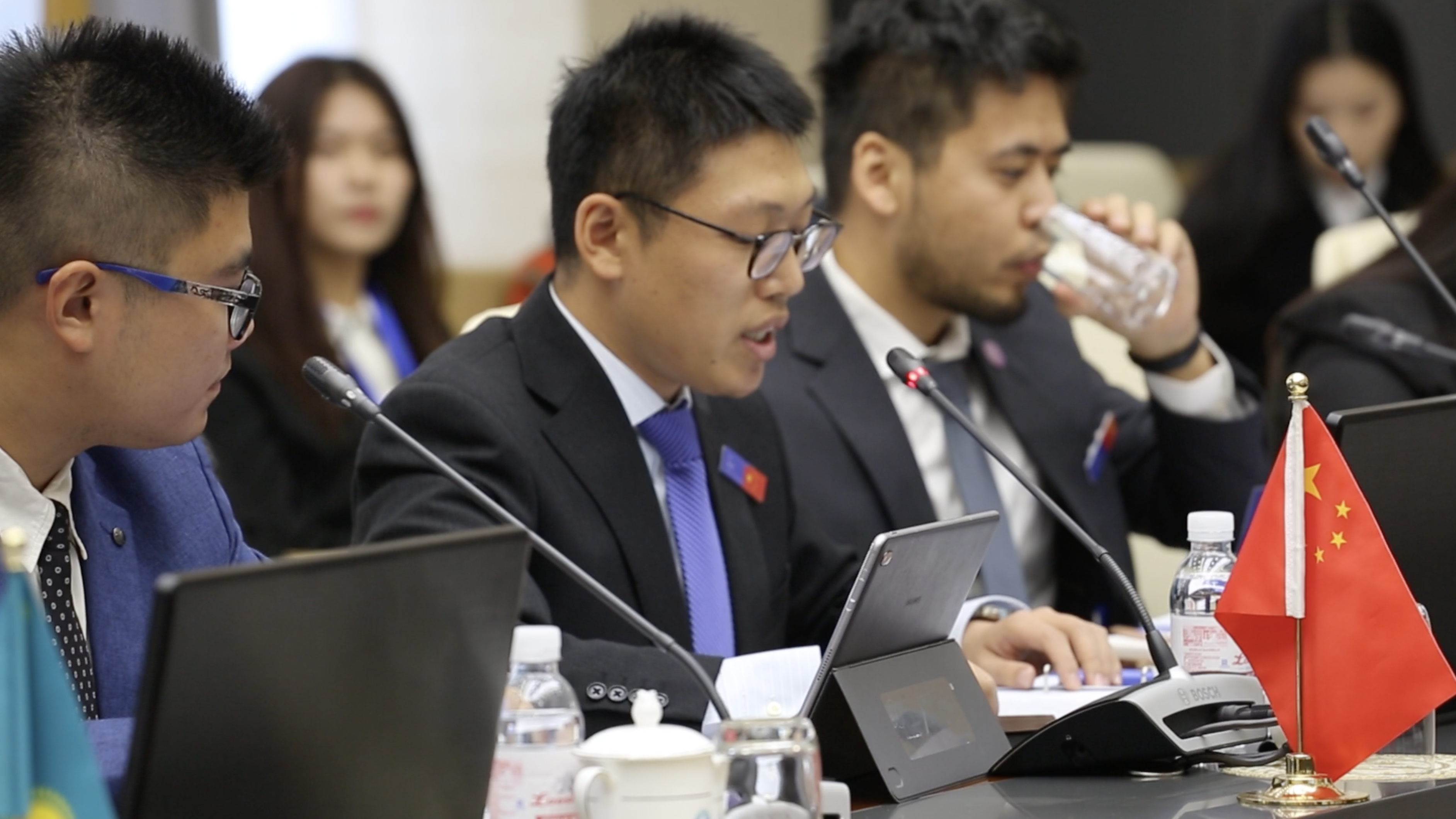 Statistics show that in terms of e-commerce, China is in a leading position in the SCO region. At the Sixth World Internet Congress, China published a report on China's Internet development 2019. According to the report, China's digital economy reached 31.3 trillion yuan in 2018, representing 34.8 percent of GDP.

At the same time, other data shows that by the end of 2018, seven of the world's ten largest companies by market capitalization were focused on the digital economy, and two of them were located in China: Alibaba and Tencent. By 2018, China's Alibaba Group had total sales of 485 billion U.S. dollars, more than Amazon and eBay together.

SCO authorities as well as the young delegates acknowledged that China's phenomenal success in transforming itself as the world's biggest digital marketplace offers a huge learning curve in e-commerce for other members.

"Last year, e-commerce contributed to about 35 percent of China's GDP. At the same time for Great Britain it was 18 percent, United States ten percent, Japan nine percent, France six percent, and India and Russia four percent. Other member states of SCO had lesser percentage of e-commerce adding to their GDPs," he noted.

Tabrez Mas, who is pursuing a master's program in power electronics from Beijing-based Beihang University, concurred.

"China has achieved some monumental achievements when it comes to e-commerce like the use of digital e-payments. Using the QR code for payment is one of the breakthroughs. China can act as a global anchorage for propelling the e-commerce adoption and new technologies in e-commerce adoption first in SCO and not only in SCO region but all across the globe, other countries in the globe as well," he added.

The SCO region has 800 million young people between the age of 14 and 25 with a potential to exponentially increase cross-border e-trade in the coming years. An SCO Bank along with a coordinated payment gateway may just be the much-needed fillip to the regional e-commerce landscape.