The voice of reason in Greece
Bobby Naderi 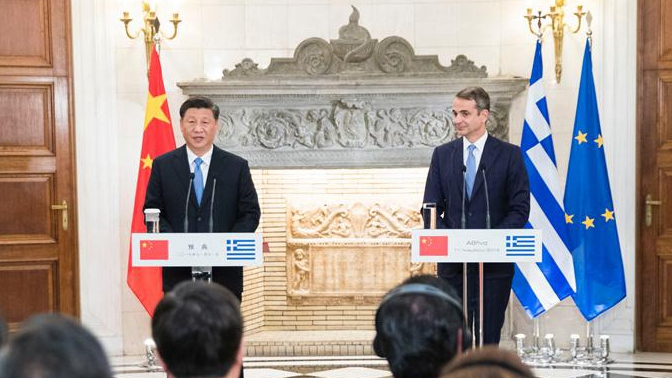 During Chinese President Xi Jinping's meeting with his Greek counterpart, Prokopis Pavlopoulos, in Athens on Monday, Xi said that the China-Greece friendship is not only one of cooperation between two countries, but also a dialogue between two great civilizations. "Mankind should uphold and pursue noble sentiments, instead of egoism that advocates the pursuit of naked interests," Xi said.

President Xi's voice of reason is also a call on other European nations to do some soul-searching, look for answers, and realize that the West is not going down because of China's rise.

Notwithstanding the apocalyptic turn of the mainstream media rhetoric on China in the West, Xi never tried to reproach those who demonize China's rise. Instead, he placed his hope on humanity and on China so that its European partners could ultimately find a way out of the current campaign of prejudgment and disinformation.

That says why President Xi and President Prokopis agreed to consolidate political mutual trust and promote dialogues among civilizations, and why Xi said China will never ever seek hegemony: "The Chinese people have neither such genes in their culture nor such ambitions in modern days.”

Indeed, it is possible for all European governments to have serious engagement with China, value relationships with people of other faiths and cultures, and affirm the place of win-win trade discussions in creating and sustaining a culture of shared prosperity for humanity. 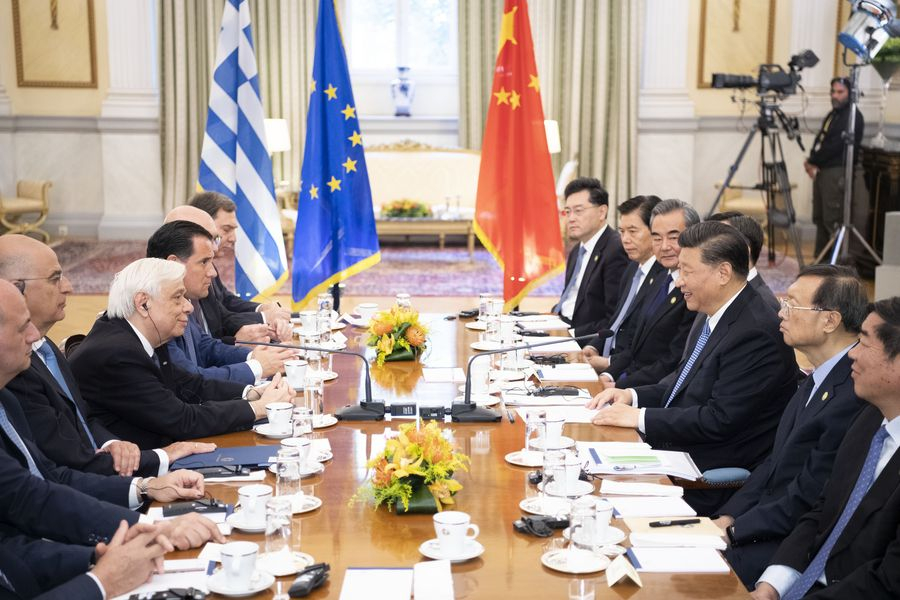 Just like the Greeks, European countries can ask questions about areas of common interest and concern, explore different themes and issues of trade, and allow questions, confusions, and misconceptions to be explored regarding China's infrastructure, technological and business deals in Europe.

The mainstream media and some governments in the West refuse to do that. The world is not perfectly aligned. They have to make it happen. Things don't make sense. They have to search for answers and let the deals begin.

Trade relationships and friendships built in these dialogues can have other benefits as well. They can model possibilities of mutual and respectful relationships to the wider region, and even assist China to upgrade its cooperation, to encourage and reach out to other global partners when there are issues and challenges in similar projects and areas.

As articulated by President Xi's remarkable article published in the Kathimerini, a daily morning newspaper in Greece, on Sunday, "It is our duty to steadily upgrade our cooperation in all sectors, by delving deeply into existing fields and expanding the range of investments.”

Days earlier, Greek Foreign Minister Nikos Dendias had told Thema radio that "relations with Greece are a priority for China," and that "they came and invested in Greece when others stayed away." The hope is that other trading partners in Europe would also agree with Minister Dendias that there is no such a thing as "clash of civilizations" and that "China's rise is an example to refute such theories.”

Certainly, just like their Greek counterparts, other European nations can see the highlights of the good and the beneficial. They can erase distrust and prejudice in a world where there is plenty of distrust and prejudice. China and Europe are better off working together to improve their trade, economic and political relations. 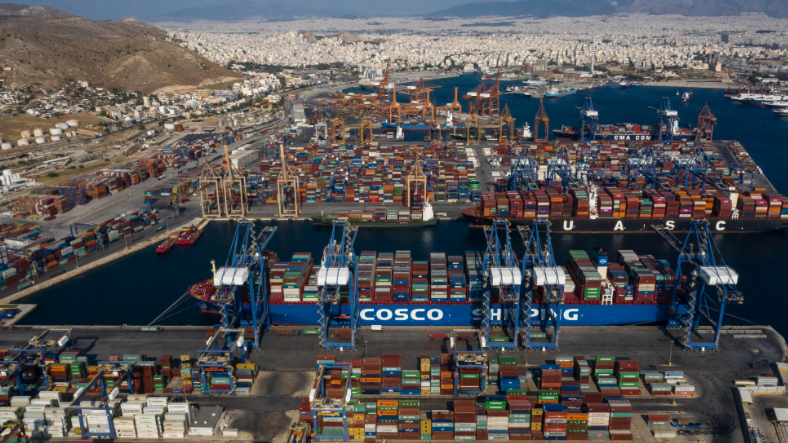 A cargo ship of COSCO Shipping Lines berths at the Port of Piraeus, Greece, Sept 6, 2019. /Xinhua

A cargo ship of COSCO Shipping Lines berths at the Port of Piraeus, Greece, Sept 6, 2019. /Xinhua

A paradoxical benefit is that it can help them understand China much better. President Xi spoke in plain language. Western and Chinese governments can change the current disparaging course and find the perfect opportunity to bring light to where it is needed most – bilateral and multilateral relations in dignity and with impartiality.

Now, it seems that some politicians still suggest that China wants to undermine European unity. However, China never has any intention to do that if one takes a closer look at the following facts.

As a power of stability, China's main policy in Europe has been to ensure prosperity and sustainable development, which has been sketched under its Belt and Road Initiative (BRI). Under the BRI, China has been supporting many countries in Europe, including Greece.

China, a world leader in infrastructure development, has inked several cooperation agreements with Europe to enhance their political and economic ties. China was the first nation helping Greece to reconstruct its ailing infrastructure and economy when others looked the other way. The policy is almost identical to what Beijing has been doing in other parts of Europe.

To jump to the present, during President Xi's three-day visit to Athens, the two countries have signed several industrial accords, covering energy, agriculture, justice, culture, education, media and finance, including a plan to turn the Port of Piraeus near Athens into the biggest in Europe.

It's an overwhelming fact that shapes China's role in the world. Beijing remains fully committed to its undertakings, playing a constructive role in Greece and promoting cooperation between China and Europe.