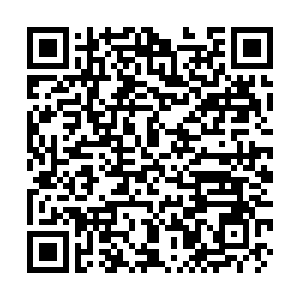 China and the U.S. are working together to push forward cooperation in sub-national legislation, with legislative leaders from both sides expressing interest in deepening ties in this area at the 4th U.S.-China Sub-national Legislatures Cooperation Forum.

Legislatures of 10 U.S. states and 15 Chinese provinces, along with nearly 200 enterprises, descended on north China's Shijiazhuang to discuss the challenges and opportunities they face in areas of education, environmental protection and governance.

The forum was held under the theme "Shared vision, shared responsibility."

In his speech, U.S. ambassador to China Terry Branstad expressed his hope that legislators from the two countries would discuss topics of common interest, establish close ties and enhance mutual understanding

"What China is facing, what we're facing is that change is happening so fast," said Robert Hertzberg, senate majority leader from California. "So the initial fear that Chinese are taking away jobs, not now it's translated to this future of work. What's going to happen? It's not Chinese people, or American people or French people. It's machines. And that to me is the greatest threat," he added.

The forum was part of the effort to build a sub-national exchange mechanism between the two countries, a fruit of President Xi Jinping 2015 visit to the United States. The previous three forums were held respectively in Hawaii, Wuhan of Hubei Province and Las Vegas.

The forum aims to form pragmatic cooperation between legislatures from both sides. It is also a golden opportunity to enhance understanding and trust between the two countries.

"Building my relationship with government officials of China has helped me understand how we in the United States, especially in my state of Alabama, can be a partner with them when it comes to imports and exports," said Alabama's Speaker of the House Mac McCutcheon.

"China and the U.S. have made full use of the cooperation forum as a platform to support and promote cooperation between provinces and states in the fields of economy, trade, tourism, ecological and environmental protection, and bring tangible benefits to both sides," said Fan Zhaobing, executive vice chairman of the Standing Committee of Hebei Provincial People's Congress.

The forum will last for two days.