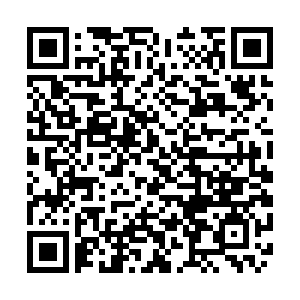 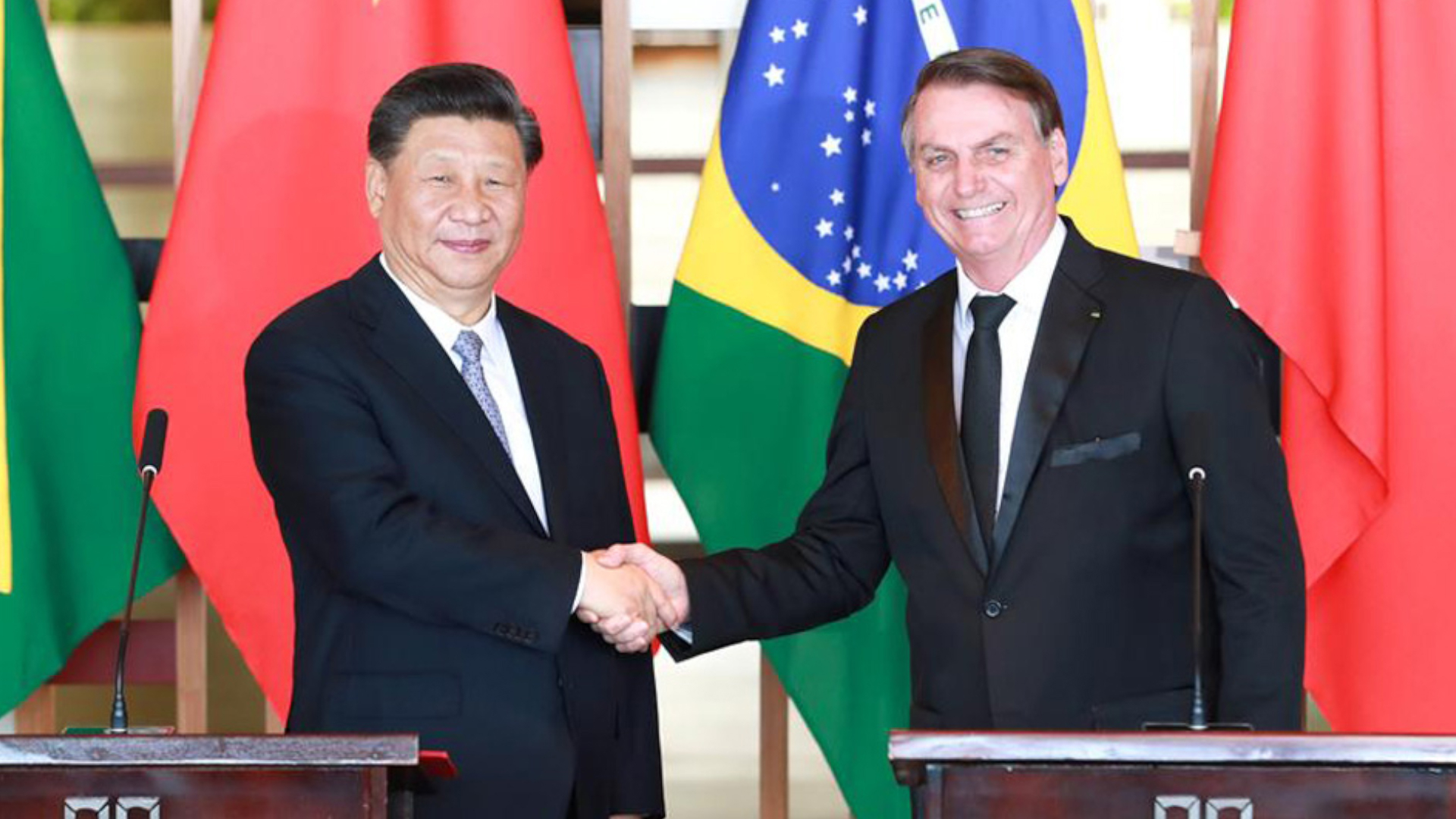 President Xi made the remarks during talks with Brazilian President Jair Bolsonaro in Brasilia, Brazil.

Noting that Bolsonaro paid a successful state visit to China in October, Xi said the consensus reached by the two sides is being actively implemented. 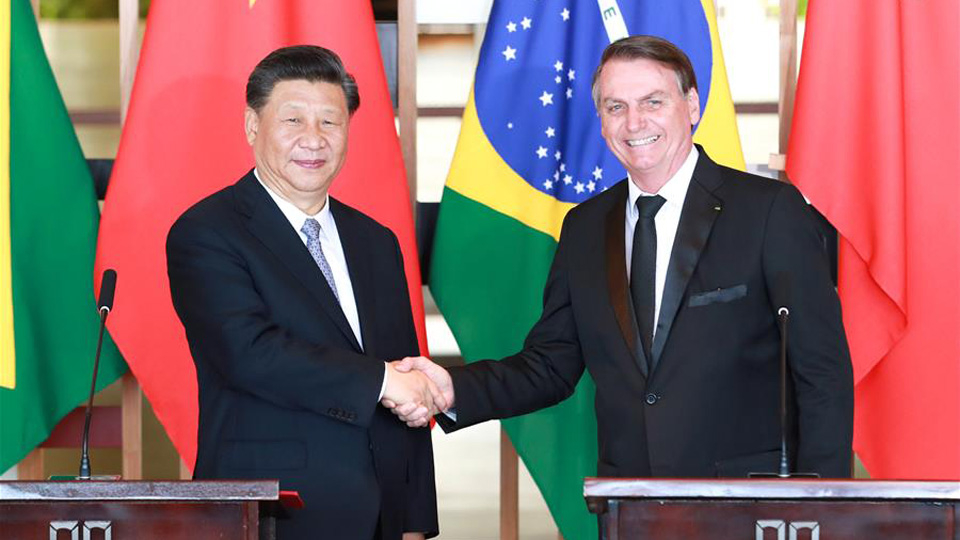 China is optimistic about Brazil's development prospects and fully confident in bilateral cooperation, Xi said, adding that China stands ready to share development experience and gains with Brazil, so as to achieve common prosperity.

Xi expressed willingness to work with Bolsonaro to properly grasp and guide the direction of the development of China-Brazil relations.

China and Brazil are both major countries and the two sides should maintain strategic focus, adhere to mutual respect, treat each other as equals, strengthen exchanges and cement mutual trust, Xi stressed.

He urged both sides to open markets to each other and explore ways to establish long-term, stable and direct supply channels for basic products, including agricultural products, iron ore and crude oil. Xi called on both sides to advance cooperation in areas such as digital economy, next-generation communications, material science and biotechnology, wishing another successful launch of the China-Brazil Earth Resources Satellite in the near future, and urging the two sides to jointly promote the follow-up cooperation.

China supports the Brazilian government's efforts to combat the disaster in the Amazon rain forest and believes that Brazil is capable of overcoming the disaster, Xi said.

Both sides should work together to promote all-round exchanges and cooperation between China and Latin American countries, uphold multilateralism, build an open world economy, and safeguard the legitimate development rights and interests of emerging markets, Xi said.

The Chinese president added that China supports Brazil in hosting the upcoming BRICS summit and stands ready to work with all parties to make the summitry a success.

For his part, Bolsonaro said he has instructed relevant government departments to promptly implement the consensus reached during his state visit to China, calling that visit a success. 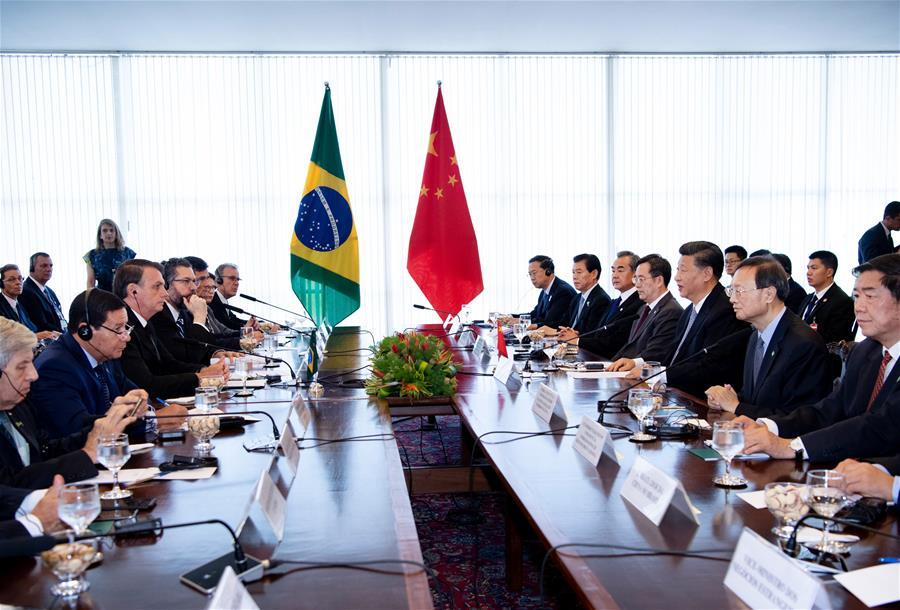 Economies of Brazil and China are highly complementary and the areas of cooperation continue to expand, Bolsonaro said, adding that his country welcomes Chinese investment to Brazil and stronger cooperation in infrastructure construction, iron ore, and the energy sector, including oil and gas.

The Brazilian side values the important opportunities brought about by China's opening-up of its market, he said, expressing hope to expand bilateral trade and promote export of more Brazilian agricultural products to China.

His country is also willing to offer favorable conditions for Chinese enterprises and products to enter Brazil, he said, adding that Brazil stands ready to facilitate personnel exchanges as well as cultural and people-to-people exchanges.

Bolsonaro thanked China for supporting Brazil's sovereignty over the Amazon rain forest issue and expressed his willingness to cooperate with China on biodiversity conservation. He also thanked China for supporting Brazil in hosting the BRICS summit, adding that Brazil is ready to strengthen coordination and cooperation with other parties for a summit that produces positive outcomes.

Brazil is grateful for China's trust and friendship, said Bolsonaro, adding that from a long-term perspective, Brazil attaches importance to strengthening cooperation with China in a wide range of areas, so as to deepen their traditional friendship and benefit the two peoples.

After the meeting, the two heads of state jointly met the press and witnessed the exchange of a number of documents on bilateral cooperation.