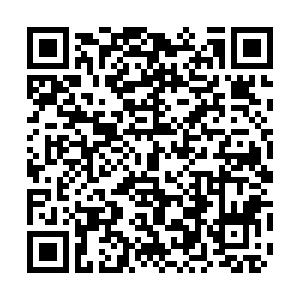 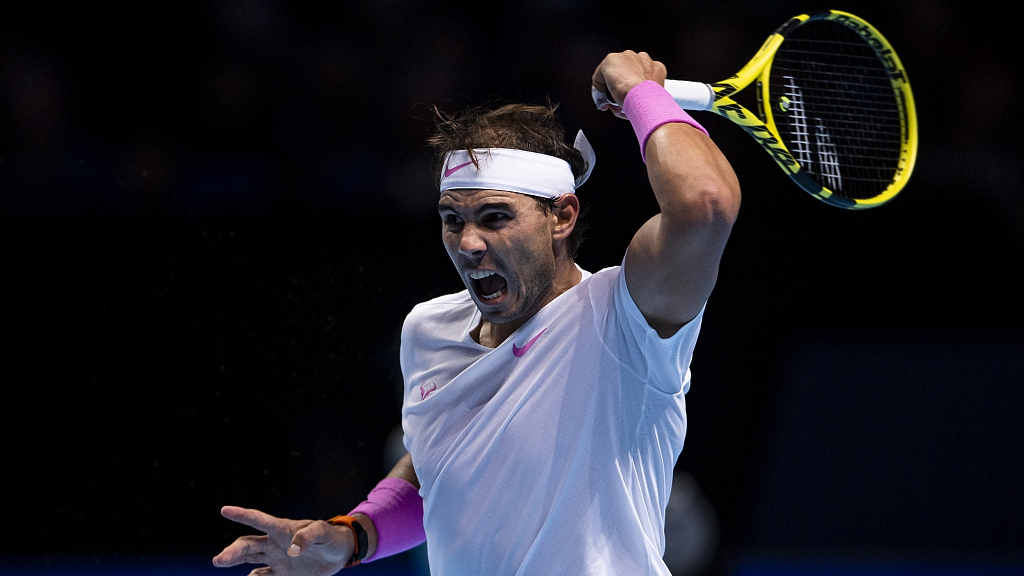 Stefanos Tsitsipas coasted past defending champion Alexander Zverev in straight sets to advance to the last four of the ATP Finals on Wednesday after Rafael Nadal came back from the dead to keep his title hopes alive.

The straightforward victory, which took Tsitsipas's head-to-head record against Zverev to 4-1, was in sharp contrast to the earlier match in which Nadal produced an astonishing comeback to beat Daniil Medvedev.

"Today is one of those days when you win one out of 1,000, and it happened today," said a delighted Nadal.

The 19-time Grand Slam champion, who also beat Medvedev in the U.S. Open final, said earning a break back in the deciding set had infused him with confidence. 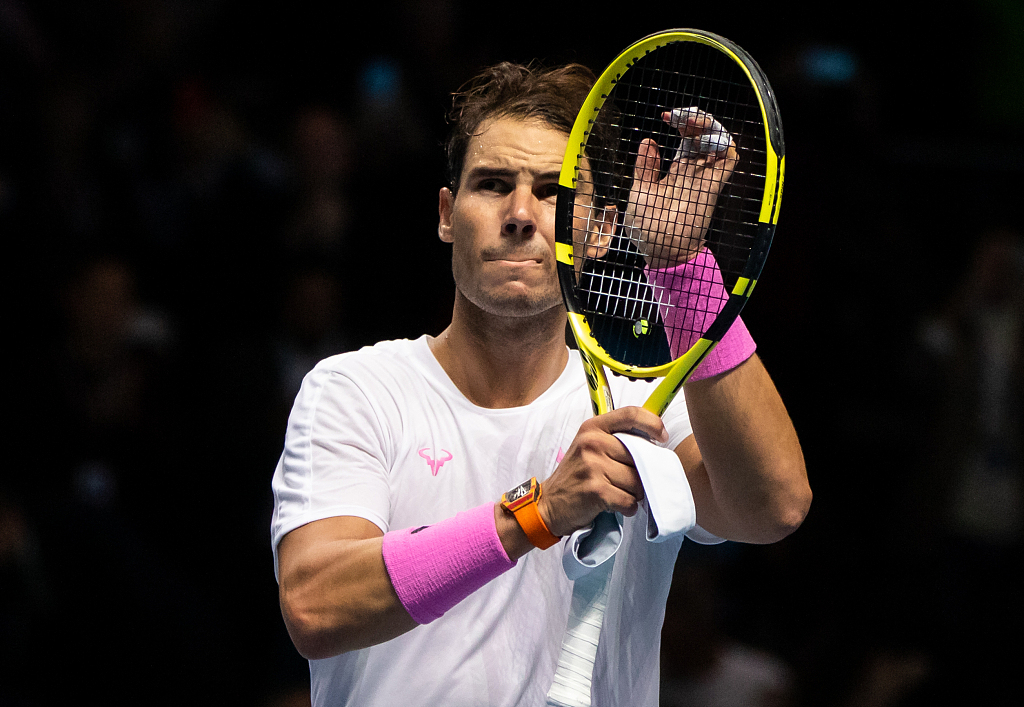 Nadal must beat Tsitsipas on Friday to have a chance of advancing. /VCG Photo

Nadal must beat Tsitsipas on Friday to have a chance of advancing. /VCG Photo

"When you have the first break, 5-3, then you are only one break away," he added.

"And I know from my personal experience how tough it is to close out matches, especially when you have two breaks in front and you lose the first one. From that moment I thought I can have a chance."

Both players were under intense pressure after losing their opening round-robin matches on Monday.

Nadal is on a double mission in London – aiming to win the end-of-season event for the first time in his illustrious career and to secure the year-end number one spot.

Russia's Medvedev, who has won two Masters titles this season, took the first set on a tie-break to leave Nadal staring down the barrel.

The Spanish veteran broke his 23-year-old opponent in the first game of the second set, repeating the trick to level the match.

But Medvedev was quickly into his stride in the decider, sprinting to the net to dispatch a cross-court backhand past his opponent and earn a double break.

Nadal, who came into the tournament under an injury cloud, fended off a match point on his own serve and then, roared on by a lively crowd, broke Medvedev twice to level. 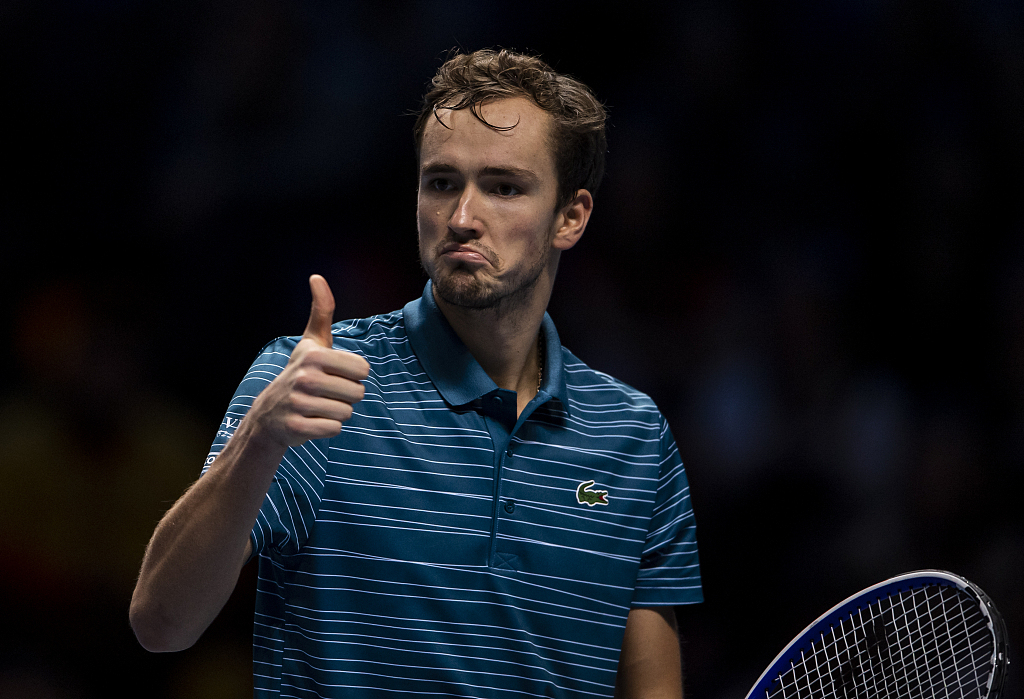 Medvedev can still qualify for the last four if he beats Zverev in two sets on Friday and Tsitsipas beats Nadal. /VCG Photo

Medvedev can still qualify for the last four if he beats Zverev in two sets on Friday and Tsitsipas beats Nadal. /VCG Photo

The match went to a tie-break and Medvedev was first to falter, hitting a regulation forehand wide to hand Nadal two match points and he grabbed the opportunity.

The world number one has qualified 15 straight times for the ATP Finals but has never clinched the title, won a record six times by Roger Federer and five times by Novak Djokovic, who is battling Nadal for the number one ranking.

In the later match, Tsitsipas grabbed the contest by the scruff of the neck at end of the first set, breaking Zverev in the eighth game and served out for the set.

The Greek then broke in the opening game and the fifth game of the second set as Zverev struggled to produce the same level of tennis that propelled him to victory against Nadal on Monday. 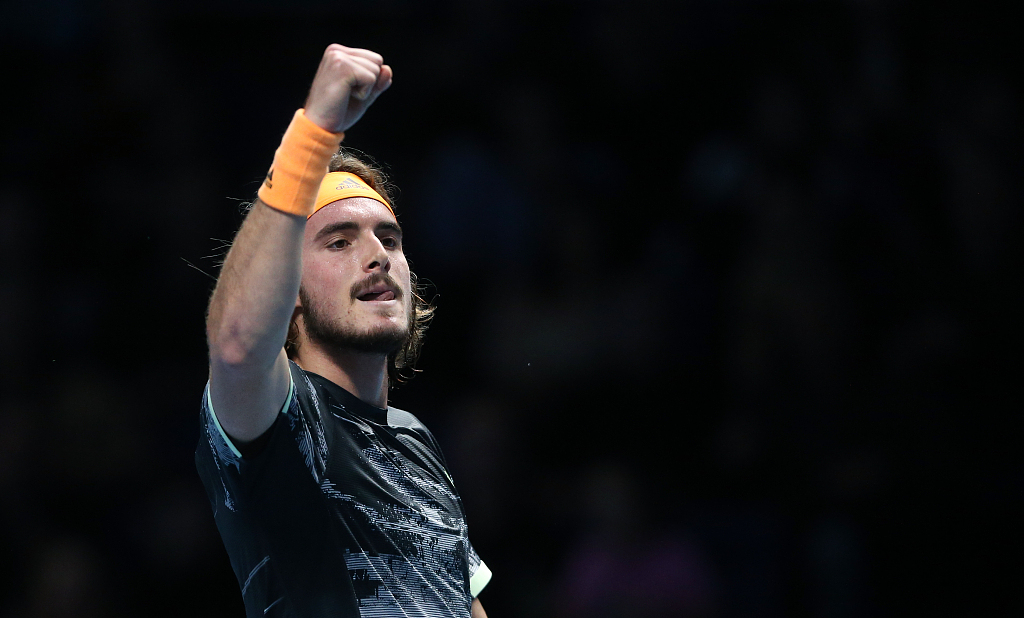 Tsitsipas, who makes his debut at the ATP Finals, dominates the defending champion Alexander Zverev in a 6-3, 6-2 win. /VCG Photo

Tsitsipas, who makes his debut at the ATP Finals, dominates the defending champion Alexander Zverev in a 6-3, 6-2 win. /VCG Photo

"I was really surprised by my performance today," said the sixth seed, who beat Medvedev earlier in the week and who is yet to drop a set in London on his tournament debut.

"I did everything right and once again it was not just me out there but a whole bunch of people, excited people that came to support me. It was a crew situation."

The second semi-finalist from Group Andre Agassi will be decided on Friday.

Dominic Thiem has already secured one of the qualification spots in Group Bjorn Borg, leaving Federer and Djokovic to scrap it out on Thursday for the remaining place from the four-man pool.