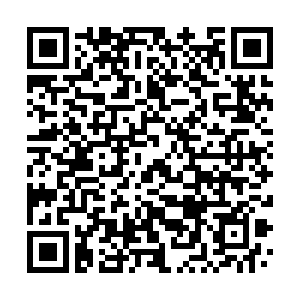 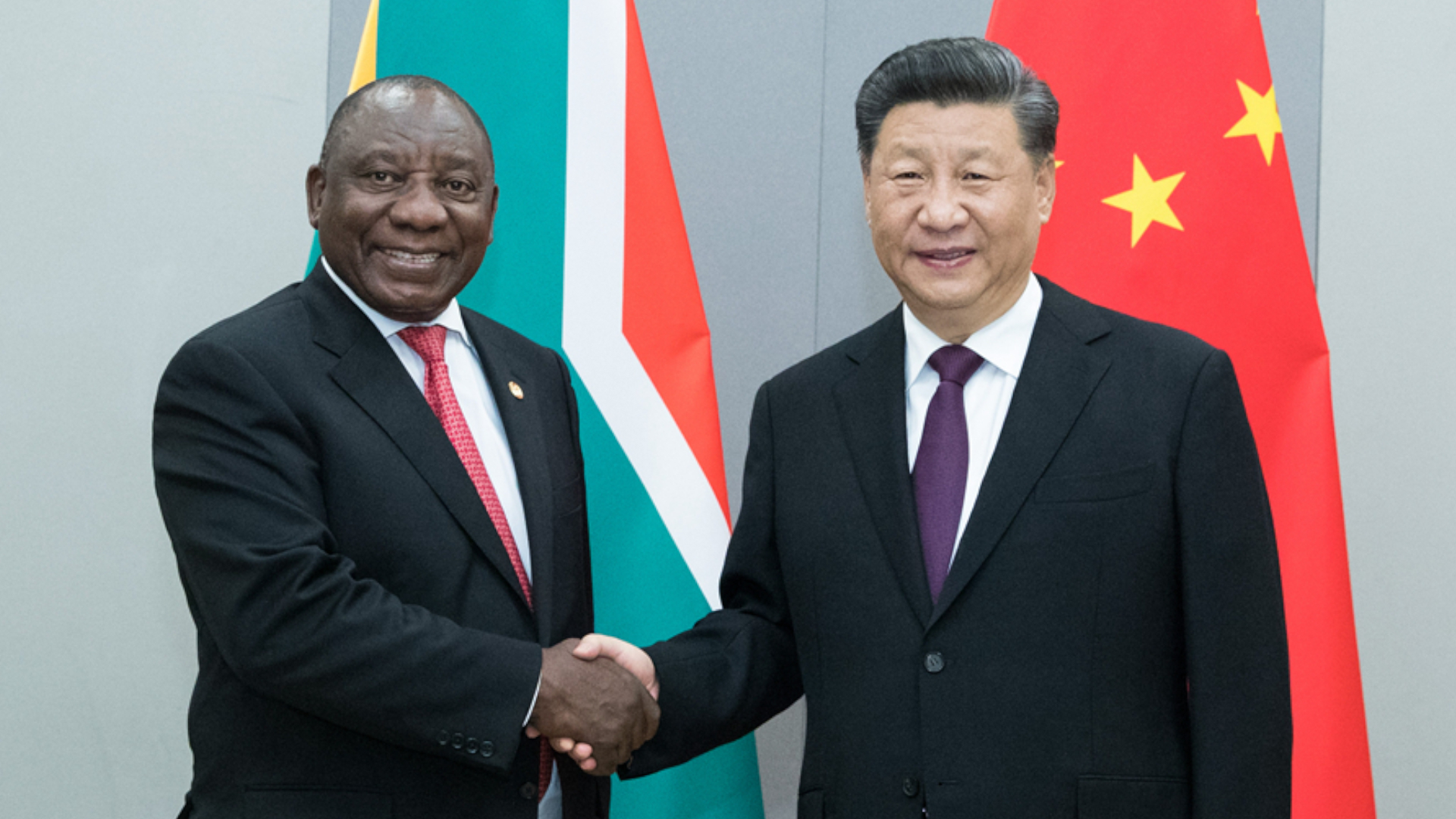 Chinese President Xi Jinping said on Thursday that China is ready to work with South Africa to maintain and develop the China-South Africa comprehensive strategic partnership.

Xi made the remarks during his meeting with South African President Cyril Ramaphosa in Brasilia, capital of Brazil, where the leaders attended the 11th summit of BRICS, an emerging-market bloc that groups Brazil, Russia, India, China and South Africa.

Both China and South Africa, two major developing countries and emerging economies, need to boost their own economic development and improve people's livelihood while sharing the determination to uphold multilateralism as well as oppose unilateralism and bullying tactics on the world stage, Xi said. 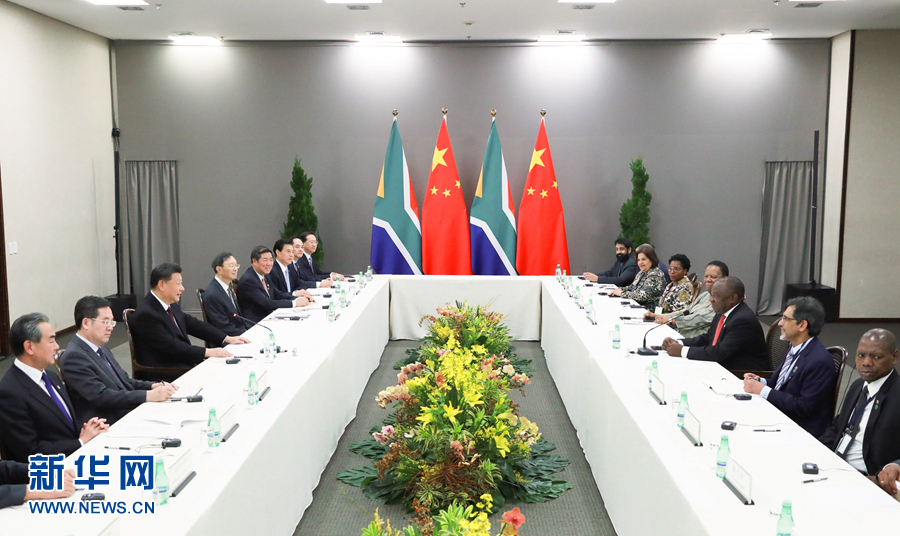 Xi called on the two sides to further synergize their development strategies, actively expand two-way trade and investment, explore cooperation in such fields as industrial capacity and infrastructure, and advance the Belt and Road cooperation.

China is willing to join efforts with South Africa to enhance solidarity and cooperation of the BRICS countries, push forward the development of the Forum on China-Africa Cooperation (FOCAC), maintain close communication and coordination on major international and regional issues, and safeguard international fairness and justice.

Ramaphosa extended his congratulations on the 70th anniversary of the founding of the People's Republic of China.

The South African leader highly commended the great achievements made by the Chinese people under the leadership of the Communist Party of China (CPC), saying that his country firmly supports China's development and growth, opposes the bullying tactics against China and unfair treatment targeting Chinese enterprises on the international stage, and supports China in safeguarding its sovereignty and legitimate rights and interests.

South Africa is willing to enhance inter-party exchanges with the CPC, expand cooperation in economy and trade, as well as infrastructure and artificial intelligence, among other fields, said Ramaphosa, adding that he welcomes more investment in South Africa by Chinese businesses.

In addition, Ramaphosa briefed Xi on the work plans of South Africa as the rotating chair of the African Union next year, and expressed hope to work more closely with China on FOCAC, help Africa maintain peace and safety, and embrace the new industrial revolution.

South Africa is willing to enhance communication and coordination with China regarding the World Trade Organization reforms and other international affairs to safeguard the common interests of developing countries, he added.