Alien Fungi: Why some mushrooms glow in the dark
Zhao Ying 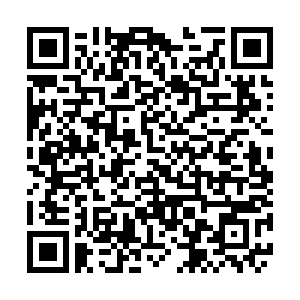 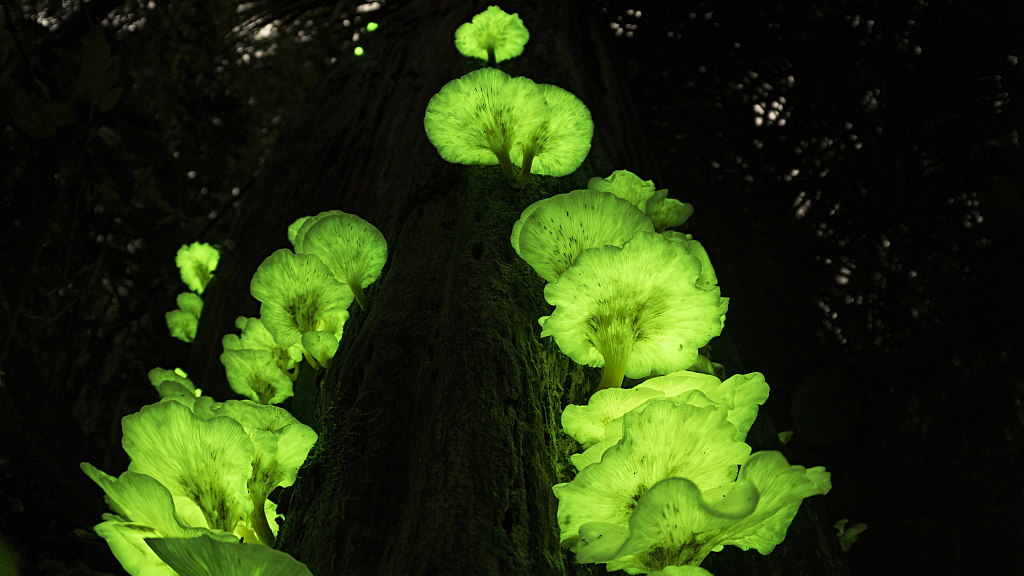 In the fantasy world of the blockbuster film "Avatar," plants glow, creating a wondrous ecological life on the film's fictional moon.  As Jodie Holt, a plant physiologist from the University of California, Riverside, who reviewed the film's extraordinary flora put it, "The plants are fake, but the science is real." But how "real" are we talking? Well, for starters, over 100 species of mushrooms can emit a similar pale greenish light in the dark.

They are scattered in temperate and tropical forests in the Americas, Japan, Southeast Asia, Australia and South Africa.

The earliest documentation of bioluminescent fungi can be traced back to Aristotle, who described this phenomenon as "glowing, rotting tree bark.”Most of them are rather unremarkable mushrooms in daylight but become a guiding light in the forest at night. 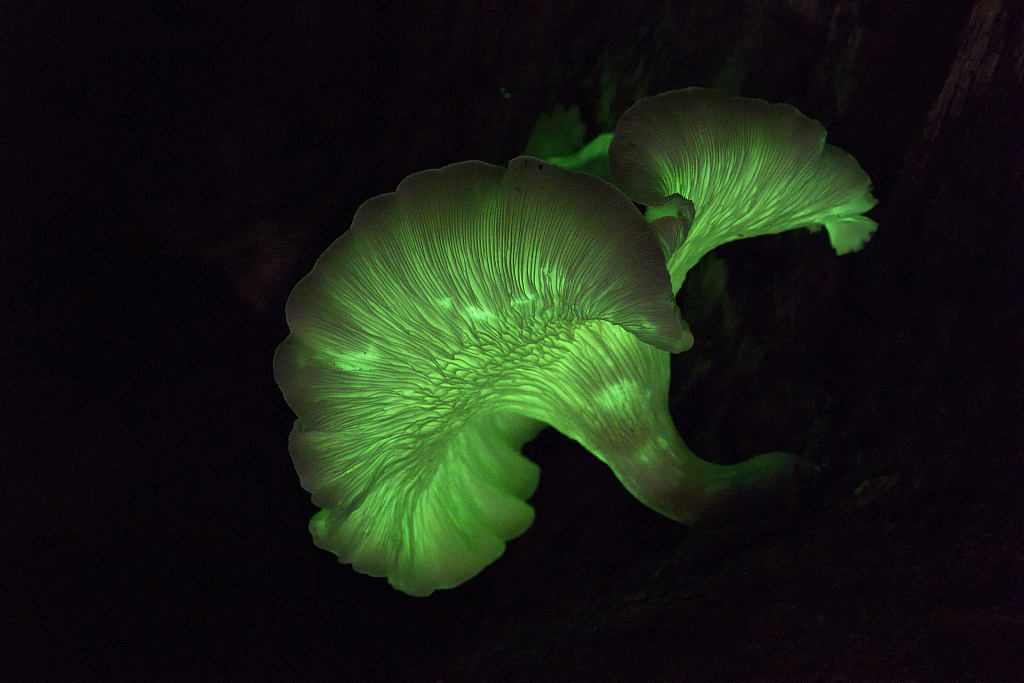 Similar to flitting fireflies and mysterious deep-sea fish that can glow in the dark, bioluminescent fungi emit light through a class of molecules named luciferins. The name luciferin is derived from the Latin word "lucifer," which means "light-bringer."

When luciferins combine with oxygen, adenosine triphosphate (ATP) and calcium in the presence of bioluminescent enzyme called luciferase, they generate a product that releases energy in the form of cold light. The emission only takes place in living cells. The mushrooms glow 24 hours and are not reactive like some insects or marine animals. The emission may occur in both mycelia and fruit bodies, as in the bitter oyster (Panellus stipticus) and bleeding fairy helmet (Mycena haematopus), or only in spores like the dripping bonnet (Roridomyces roridus). 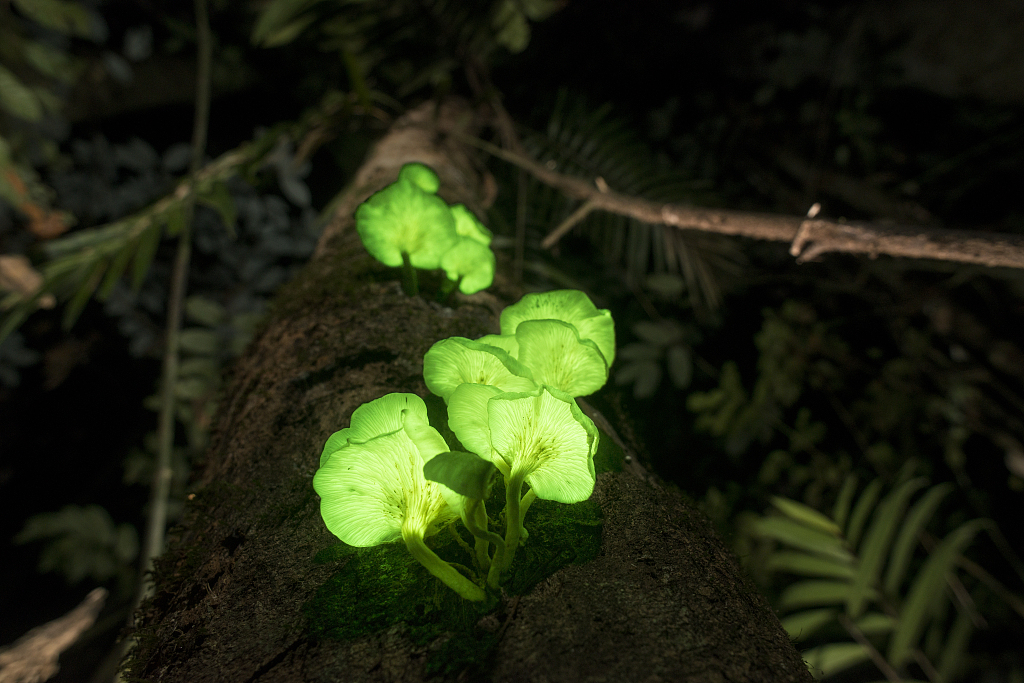 According to a study in 2017, researchers used the same light emission mechanism to make mushrooms emit blue and orange light instead of the greenish ghostly light.

Scientists have tried to understand why some mushrooms evolved to glow in the dark, and some don't. Researchers who studied the yellow mushroom named "flor-de -coco" or coconut flower in Brazil argued that glowing fruit bodies can better attract grazing insects and other creatures to help disperse their spores around the forest. 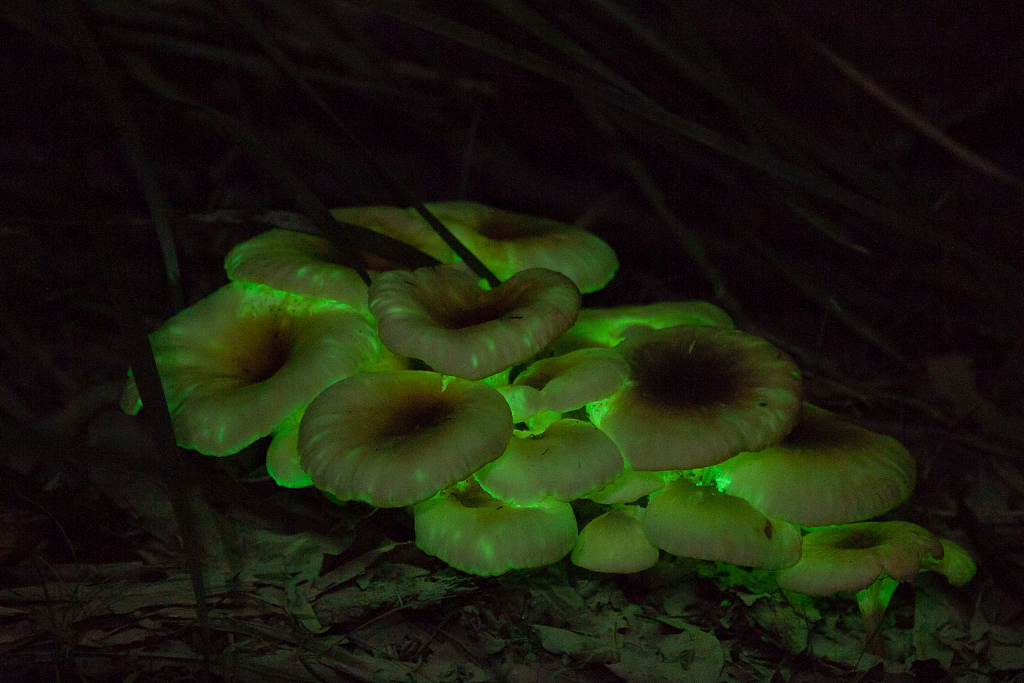 The light gradually fades as the mushrooms die. Nowadays, bioluminescence is only understood in lower organisms like fungi, which hampers attempts to make animals and plants glow.

However, other scientists do not find the theory convincing. For example, in the case of foxfire, the part of the mushroom that glows look for nutrients for the fungi. If the light attracts insects and animals, they might eat the mushrooms rather than help spread the spores. 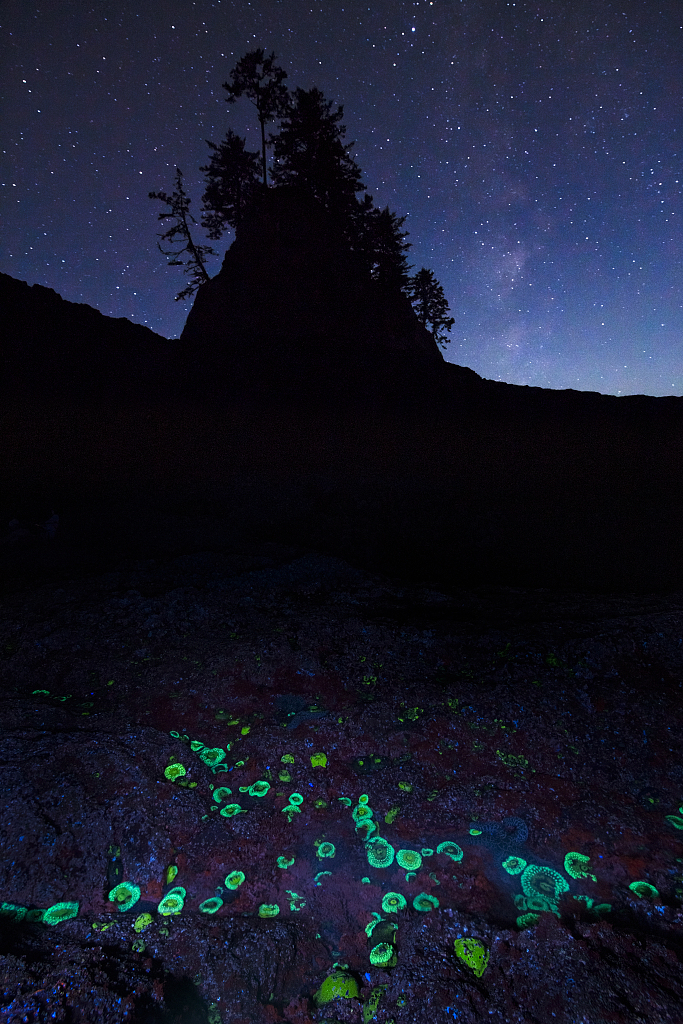 (Cover image and video via VCG.)