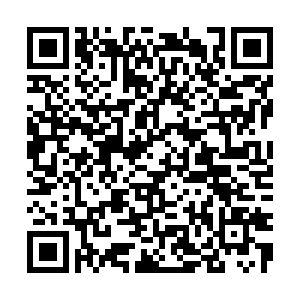 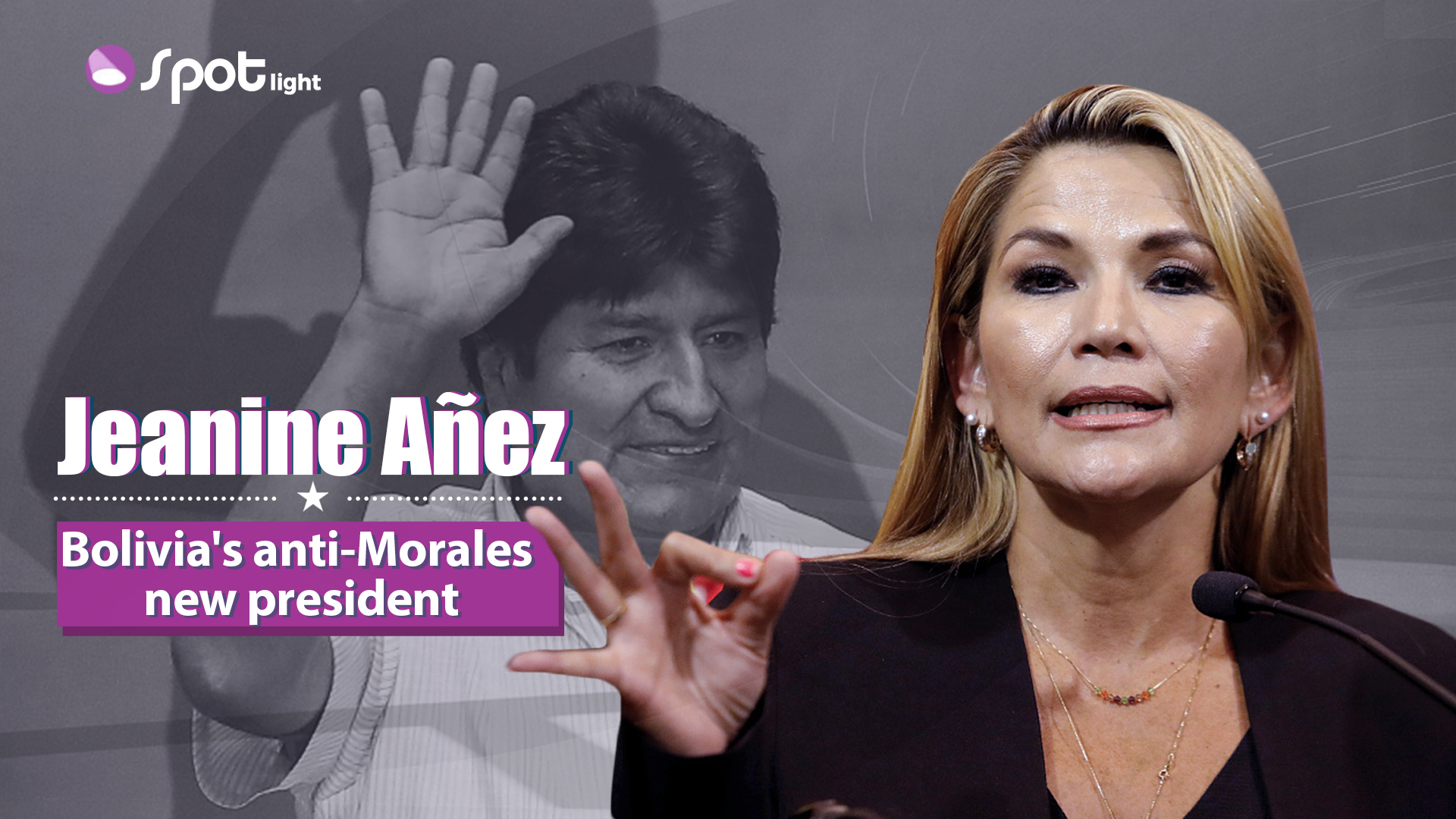 An election that critics say was stolen, weeks of protests in the streets, a president who resigns and flees the country, and a senator who appoints herself in his place: The last few weeks have been eventful for Bolivia.

But who is the woman who has put herself in charge, and what does this mean for the country?

How did we get here?

His departure came following weeks of heated protests sparked by an October 20 election that the Organization of American States (OAS) said was rigged to hand Morales an unprecedented fourth term in office. The army also called on him to step down.

With Morales and other top officials in the line of succession gone, Anez, the second vice-president of the Senate, used a constitutional article to elevate herself to interim president, despite a boycott by lawmakers from Morales's left-wing MAS party.

Morales himself, speaking from Mexico where he has been granted political asylum, denounced the move as a coup.

But Anez has won the endorsement of Bolivia's constitutional court.

Who is Jeanine Anez?

The question has been on everybody's lips this week: Even in her own country, the 52-year-old Anez was a relatively obscure figure until now and few personal details are known about her.

Christian, right-wing and fiercely anti-Morales are how she is most often described. 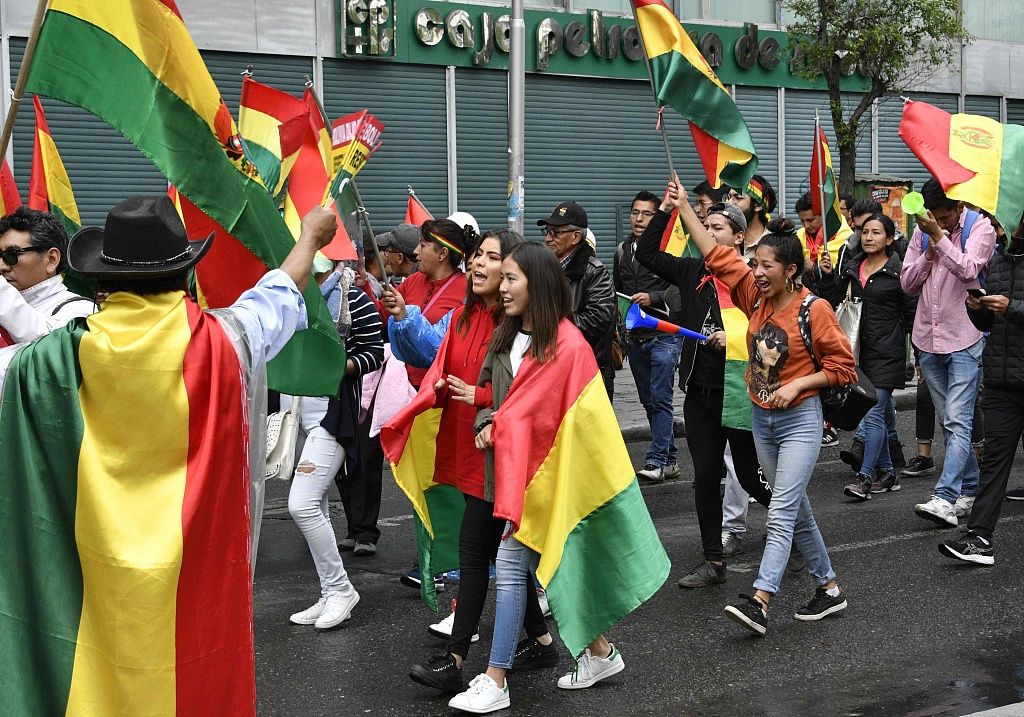 People took to the streets of La Paz to celebrate after Bolivian President Evo Morales announced his resignation on November 10, 2019. /VCG Photo

People took to the streets of La Paz to celebrate after Bolivian President Evo Morales announced his resignation on November 10, 2019. /VCG Photo

Active on Twitter, she publicly attacked Morales and government officials, calling the former president in recent weeks an "irresponsible cretin" and a "manipulator" in posts habitually followed by a multitude of exclamation marks.

According to her official biography, Anez trained as a lawyer before joining the Constituent Assembly in 2006-2008, which was tasked with drafting a new national constitution.

Bolivian media say she was born in Trinidad, in the northeastern province of Beni, and was a presenter and director of local TV station Totalvision, before turning to politics.

In 2010, she became a senator for Plan Progress for Bolivia – National Convergence (PPB-CN), a right-wing coalition and the country's largest opposition force following 2009 elections.

Now a member of the minority conservative political group, Democratic Unity, she is the second woman to be president of Bolivia after Lidia Gueiler Tejada, who also held the job on an interim basis in 1979-1980.

Anez has promised to organize fresh elections as soon as possible and has 90 days to do so. She has said she will accept the result, even if voters pick another candidate.

"I am going to work for you all, because Bolivians deserve to live in peace and never have their vote stolen again," she vowed to the Bolivian people immediately after assuming office, in a clear swipe at Morales and the election fraud allegations against him. 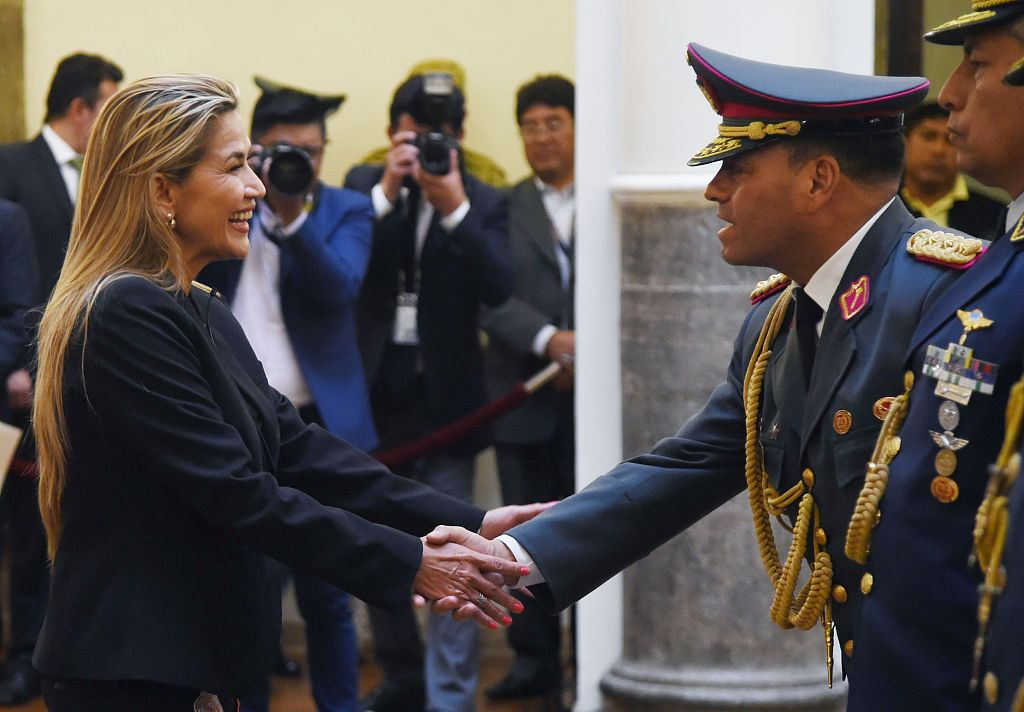 In a first sign that Bolivia's political crisis could soon be resolved, Anez's interim government and Morales' MAS party said on Thursday that they had agreed to work together towards new elections.

"We have been able to agree between opposition and government with the sole objective to make new elections as soon as possible, to pacify our country and above all to defend democracy," said new Senate President and MAS member Monica Eva Copa Murga.

Morales will not be allowed to stand for a fourth term, Anez said.

The former president, however, refuses to go quietly. In a tweet on Tuesday, he condemned "the sneakiest, most nefarious coup in history" and called Anez "a coup-mongering right-wing senator."

He has also vowed to return to Bolivia. "As long as I am alive, the fight continues," he told reporters after arriving in Mexico.

On Friday, clashes between his supporters and security forces reportedly left at least five dead in the central city of Sacaba. The previous day, thousands marched on La Paz, waving "wiphala" indigenous flags, and chanting "The time is now, civil war" and "Come back Evo!" Police have used tear gas to disperse crowds as the protests show no sign of abating. Since October, at least 10 people have been killed and almost 400 injured.

The UN has now sent a special envoy to help "find a peaceful resolution to the crisis, including through transparent, inclusive and credible elections."

Anez's new cabinet has meanwhile attracted some criticism for failing to include a single indigenous member, despite indigenous groups making up 40 percent of the country's population. Morales was widely seen as Bolivia's first indigenous president and still elicits major support from these groups, who now fear hard-won gains may be reversed.

Days into her new job, Anez has a tricky task ahead of her: Bringing together a starkly polarized country.