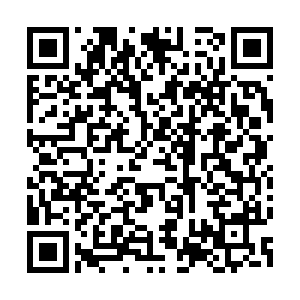 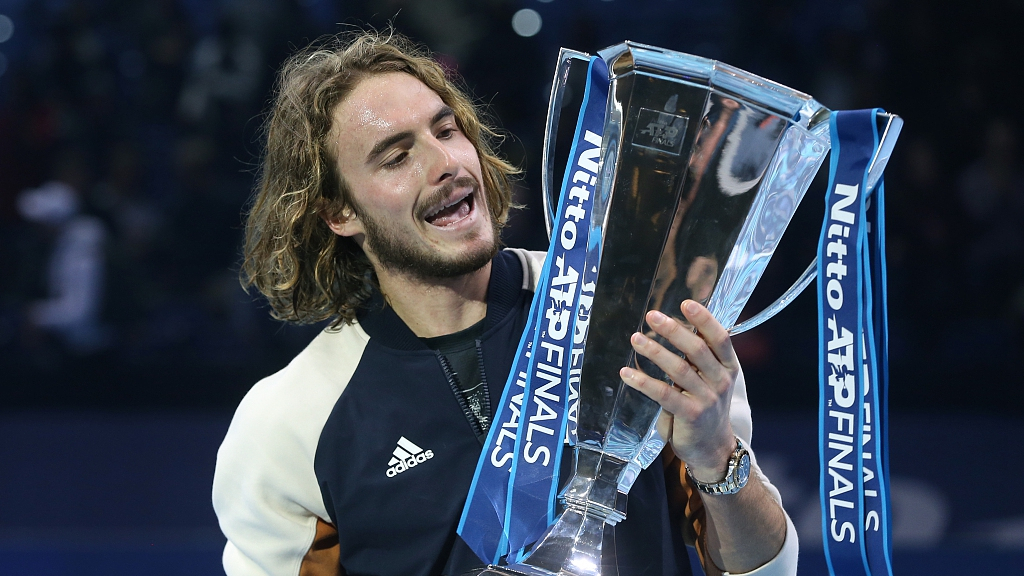 Greece's Stefanos Tsitsipas poses with the trophy after winning the men's singles final at the ATP Finals in London, November 17, 2019. /VCG Photo

Greece's Stefanos Tsitsipas poses with the trophy after winning the men's singles final at the ATP Finals in London, November 17, 2019. /VCG Photo

Stefanos Tsitsipas battled back from a set down against Dominic Thiem to win the ATP Finals title on Sunday, emphatically staking his claim as the leader of the next generation of aspiring global superstars.

It is Tsitsipas's third title of the season and comes a year after he was crowned champion at the Next Gen ATP Finals in Milan.

He has charmed the crowd at London's O2 Arena all week and earned his place in the final with an impressive straight-sets win against six-time champion Roger Federer.

"I can't sum up my emotions right now," said Tsitsipas. "It's amazing to be remembered as the 2019 champion. It is a dream come true and the best way to end this match. 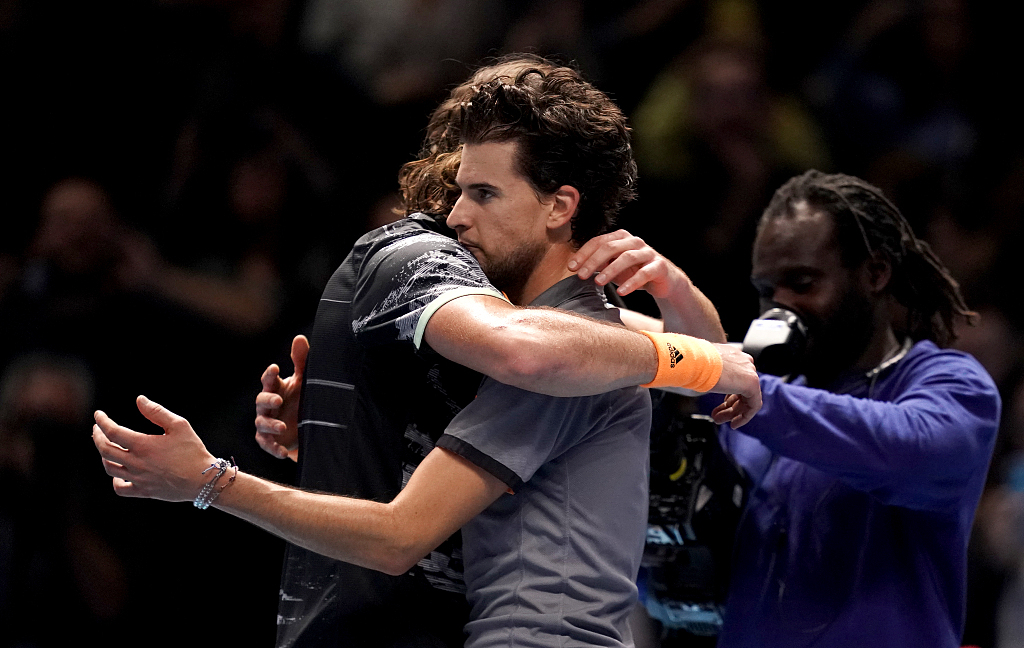 "I did get nervous at some points in the match but I managed to forget about how I felt and I had momentum in the tie-break which was really tight.

"My fighting spirit and me constantly trying to push myself to do better got me there in the end."

Defeat is a bitter disappointment for Thiem, who won five titles this year, including the Indian Wells Masters, and reached a second successive French Open final.

There was little to choose between sixth-seed Tsitsipas and Austria's world number five Thiem in the first set as a total of five break points went begging.

Both players had impressed on serve during the tournament, with Tsitsipas's figures especially striking – 44 service games won out of 47 leading into the final.

In an inevitable tie-break Tsitsipas saved a set point at 5/6 but Thiem clinched his second set point with a powerful serve that the Greek returned into the net.

But Tsitsipas regrouped and within minutes Thiem, who beat his opponent in three sets in the Beijing final last month, was under pressure, spraying a forehand wide to concede first break of the match.

Tsitsipas held with ease and then produced a forehand down the line to break again, with Thiem threatening to unravel. Tsitsipas had won 12 out of 14 points in the set.

Thiem, who like Tsitsipas plays with a single-handed backhand, stemmed the tide but could make little impression on his opponent's serve and lost the set 6-2. 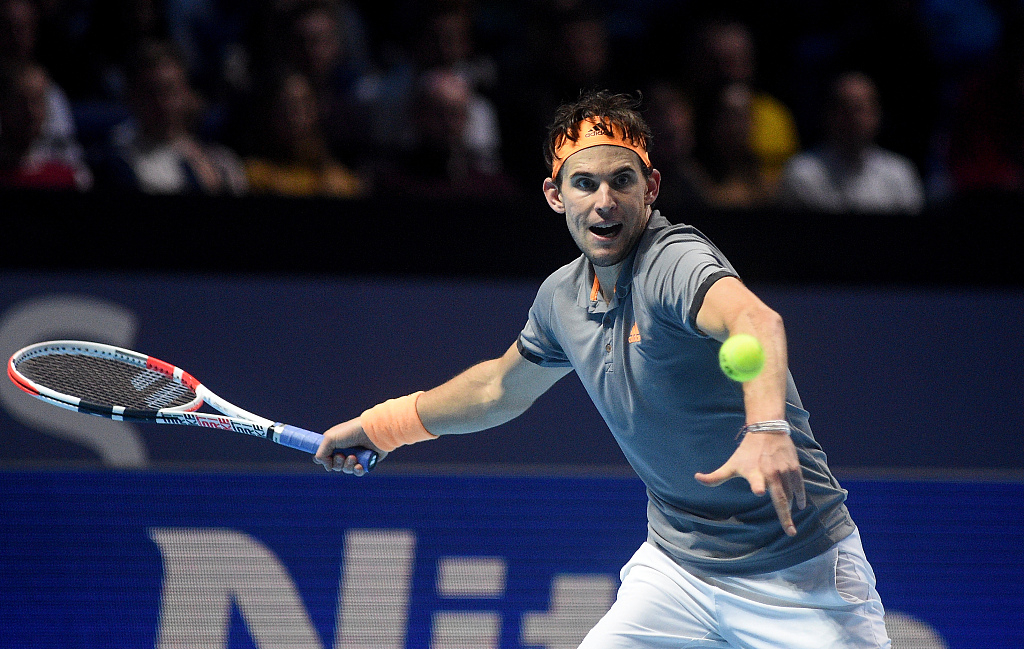 Dominic Thiem will rise to fourth in the ATP rankings despite his defeat. /VCG Photo

Dominic Thiem will rise to fourth in the ATP rankings despite his defeat. /VCG Photo

Thiem was rocking again at the start of the deciding set. He saved two break points in the first game but looked increasingly shaky and was broken to trail 1-2.

The Greek was now well on top but out of nowhere Thiem was level at 3-3 after Tsitsipas put a backhand wide.

The Austrian was now playing with much more confidence, unleashing a series of blistering winners and edged ahead 5-4 after another service hold but the rest of the set went with serve.

In the deciding set tie-break Tsitsipas took a 4-2 lead but was pegged back to 4/4.

But on the next point Tsitsipas earned a mini-break, giving him the chance to serve out for the match and he made no mistake, closing out the biggest victory of his career.

Tsitsipas has competition among his peers as the new generation attempt to dislodge Federer, Novak Djokovic and Rafael Nadal, who have dominated the men's game for the past 15 years.

But Tsitsipas, who has beaten every member of the "Big Three" in 2019, will go into the new season with the belief he can take the next step toward the apex of the men's game.