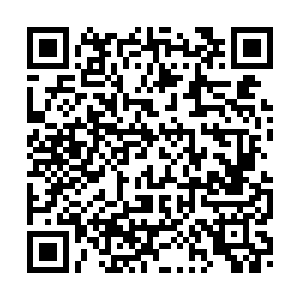 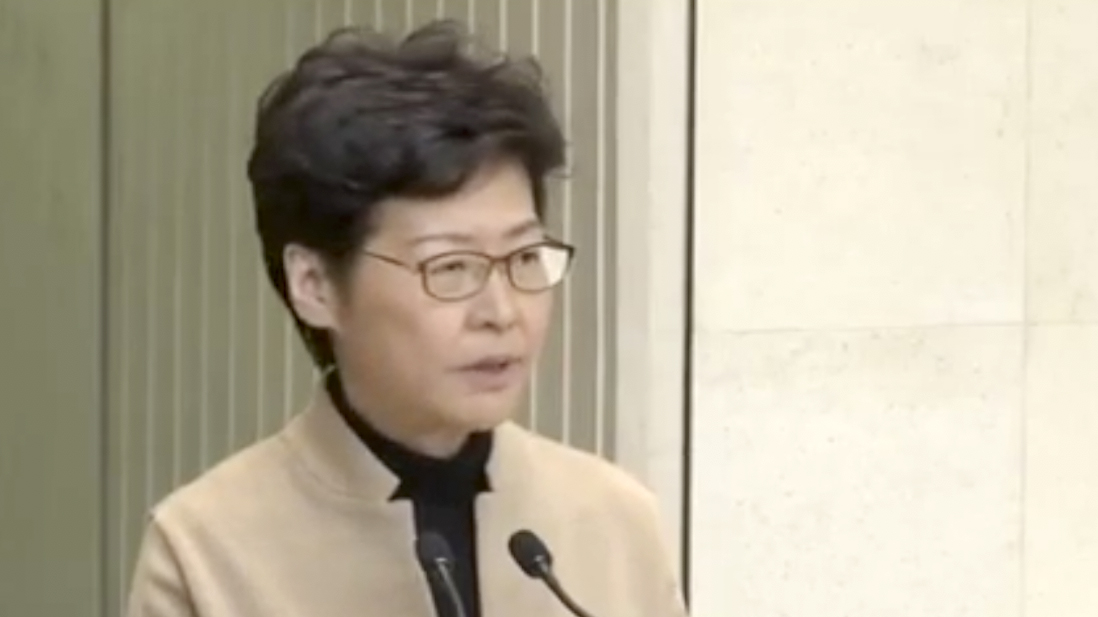 Hong Kong Chief Executive Carrie Lam said on Tuesday that she hopes the standoff between police and protesters at the Hong Kong Polytechnic University (PolyU) can be resolved peacefully and that she has agreed with the police to handle the situation in a humanitarian manner.

At a weekly news conference, Lam briefed media on protesters and rioters' occupation of the PolyU over the weekend, the damage to the campus and the injuries in the clashes, and stressed the need to stop violence.

Police estimated that around 100 protesters were still inside the PolyU, Lam said, as they occupied the university campus for a third day on Tuesday.

She said serious violence was committed by rioters, and about 100 people were injured in the clashes.

Protesters have shot arrows at police and torched buildings and a footbridge at the campus linking the MTR station. The city's Cross Harbor Tunnel linking Hong Kong island to the Kowloon peninsula remained shut due to extensive damage, Lam said.

Dozens of protesters managed to escape from the campus late Monday night by descending down plastic hoses hanging from a bridge and fleeing on waiting motorbikes.

Lam said she wants the situation to be resolved peacefully, but it depends on the full cooperation of those protesters.

She said around 600 people have left the scene accompanied by school principals and social workers. Those under 18 left after registering their personal information with the police, and for others over 18 were arrested at the scene, she went on.

The decision was taken after careful consideration and special arrangement, she explained, stressing that both the government and the police department want the situation to be resolved peacefully.

Lam said she and the police reached a consensus that peaceful resolution is the priority, and they want to clear the chaos on the campus in a humanitarian way.

But she said they reserve the right to take further investigation in the future and those over 18 must take legal responsibility.

Asked whether she can guarantee the protester's fair treatment, Lam said she can't give a full guarantee as the situation at the university kept changing and life-threatening cases have happened before. Police have the right to take measures to prevent tragedy, she added.

In response to a question about the officers and men from the People's Liberation Army's Hong Kong garrison cleaning messed streets over the weekend, Lam said it's not uncommon for them to do volunteer activities, so she urged the media not to overinterpret.

"They helped clear the mess last year after Typhoon Mangkhut ripped through the city and they visited elderly homes," she added.

"Their action was purely voluntary and it was not under my request," she stressed, noting that her government and the Hong Kong police can cope with the situation in the city.

State Council appoints new Commissioner of Police of the HKSAR