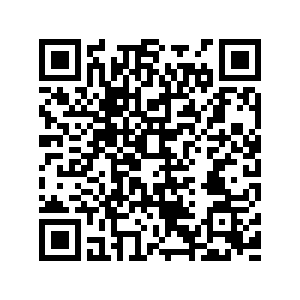 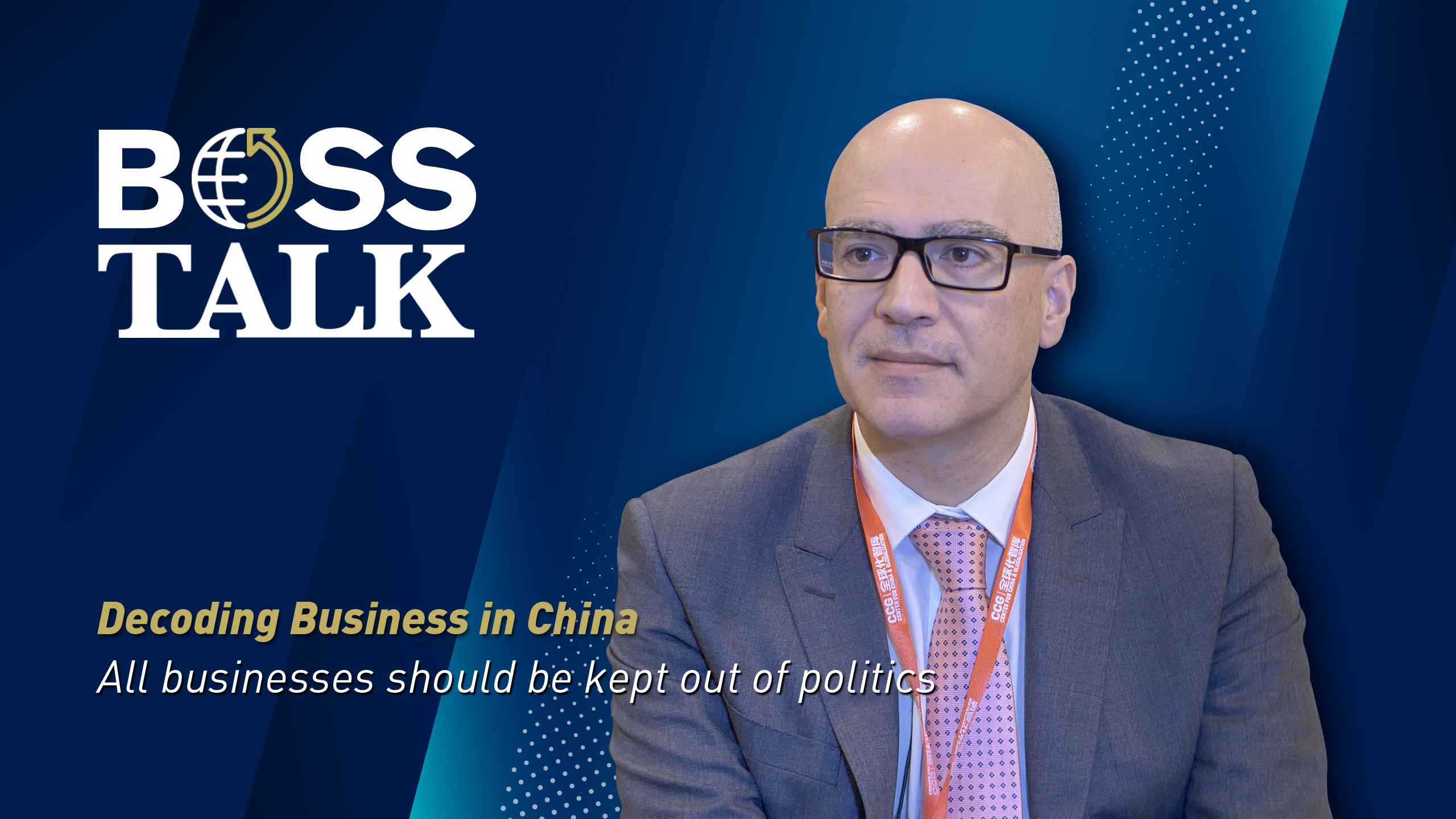 The U.S. has granted a new 90-day license extension for Huawei, allowing American companies to continue doing business with the Chinese telecom giant. U.S. Commerce Secretary Wilbur Ross cited the reason for yet another delay – the third of its kind so far: To allow rural wireless carriers that rely on Huawei products to continue servicing customers in remote areas.

The reprieve "won't have a substantial impact on Huawei's business either way," and "does not change the fact that Huawei continues to be treated unfairly," Huawei said on Monday. In the third quarter of 2019, the telecom firm managed to registered robust revenue growth of 24.4 percent.

Washington has repeatedly labeled the company a "national security concern," but critics say that this is just an excuse to restrain Chinese firms from challenging U.S. tech dominance.

CGTN's exclusive interview with Andrew Williamson, vice president of Huawei Technologies, delves into how the company is weathering the trade storm and its plans to wean itself off of foreign dependence through innovation.

The following are excerpts from the interview. 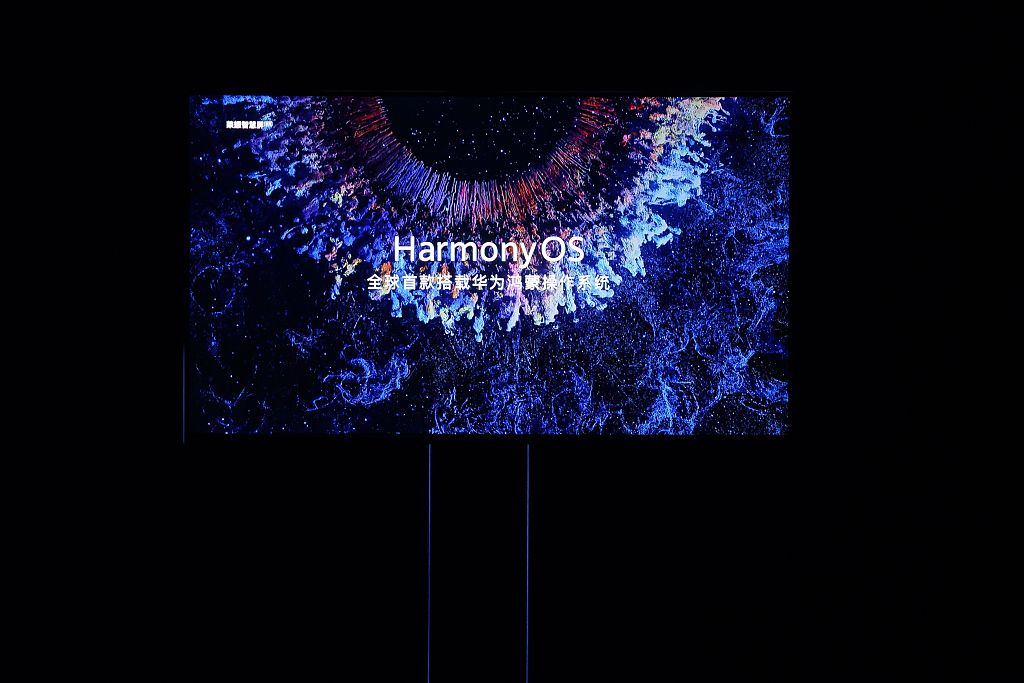 CGTN: How is Huawei weathering the supply chain disruptions due to Trump's ban restricting exports from American suppliers?

Williamson: We are still doing very well, thriving as a business. We just released our Q3 numbers for 2019 that show very robust growth. We grew by 24.4 percent.

Currently we have 60 contracts over the world to supply 5G equipment.

We operate in over 170 markets around the world. I think it's fair to say that we have presence in every major market around the world. We'll continue to invest and operate in an increasing lot of countries; it's not just a case of selling into those markets, it's very deep collaborations – we have university level, we have R&D centers and labs. We just released a report on Huawei's overall contribution to the EU economy, to the UK – it runs into several billion U.S. dollars.

So wherever Huawei is welcome, you can have a very active and engaged partner in terms of building a national ecosystem in research and development, and technological goods and services.

CGTN: As the U.S. ban restricts Google from supplying updates to the Android OS, many customers across the globe will have to choose between new Huawei phones or their favorite Android apps. How has this situation changed Huawei's strategy to expand globally?

Williamson: This is very unfortunate. It's been reported that we have our own operating system now. But that's not where we want to go. We want to maintain those partnerships, like with Microsoft and Google – the very important partnerships we have globally. We are coping and we are thriving as a company moving forward. We'll see what happens in Q4 and until 2020 in terms of smartphone sales.

We are reinvesting. We are currently fifth in the world, according to the EU Industrial R&D Investment Scoreboard, in terms of the amount of money that we reinvested, like 15.8 billion last year, in research and development. Given what happened in the past year or so, we've been increasingly using our backup plan to build independence and we diffuse our value chain and supply chain to move away unfortunately from U.S. suppliers. So we'll continue to do that. 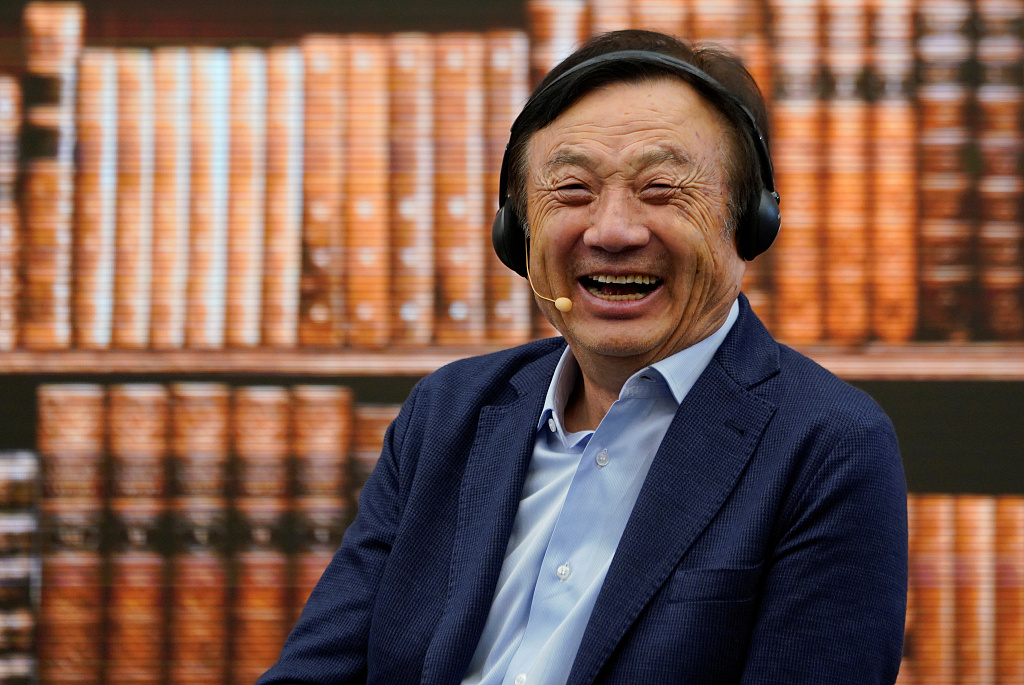 CGTN: What are your thoughts on U.S. targeting Chinese tech companies in the American market on grounds of "national security concerns?"

Williamson: Let's not forget that Canadian Steel was also labeled as a threat to U.S. national security. German automobiles are also tanked with this title. So I think I know why the context of the national security are being used as a pretext for actually imposing import barriers. So we are not alone in this.

I think Huawei is a target because we are one of the big international companies, really the vanguard of promising technologies such as 5G and artificial intelligence. All we can do as a company is to continue to serve our customers as best as we can, and reinvest a lot of our profits back into research and development to produce better products and better technologies.

All businesses should be kept out of politics. So Huawei has done its utmost. Huawei's founder Ren Zhengfei has put it very accurately: When two elephants fight, it's the grass that's trampled. We won't politicize our products or services. We'll just continue to innovate, improve them and remain customer-centric. That's all what we can do.

CGTN: Many of Huawei's new 5G contracts are with European countries. Will this vigorous cooperation with EU member states shift the tech dominance of the next generation away from the U.S. toward Asia and Europe?

Williamson: Huawei will operate where it's most welcome. We value partners and customers we have in the EU. And you can see that Europe and China continue to cooperate especially on technology, breakthrough technologies like 5G, artificial intelligence, robotics, cloud computing, then of course they will both benefit because that's a huge market between the two of them. And a lot of clever people can cooperate in research to really push these technologies forward.

CGTN: As a chief economist, how do you look at the unfolding protectionism rampant in Washington and actually across many Western countries?

Williamson: Clearly we have all benefited from the rise of globalization and the building of, first of all, trade links, and then, movement of people and free flow of investment. We also know there are winners and losers from that, perhaps we did not prepare well enough to support the losers of globalization. In the West, we should do much more to reallocate the resources, rescaling and retraining.

But protectionism is the wrong way to go. To put barriers across the countries is very reminiscent of what happened in the 1930s, after the previous financial crisis of the late 1920s.

We've done a lot of economic analysis within Huawei which shows that restricting competition, as barring Huawei from certain markets, only results in much higher prices for consumers, and potentially lost billions of productivity growth because you are really slowing down the spreading and diffusion of technologies like 5G that could really spark the fourth industrial revolution. 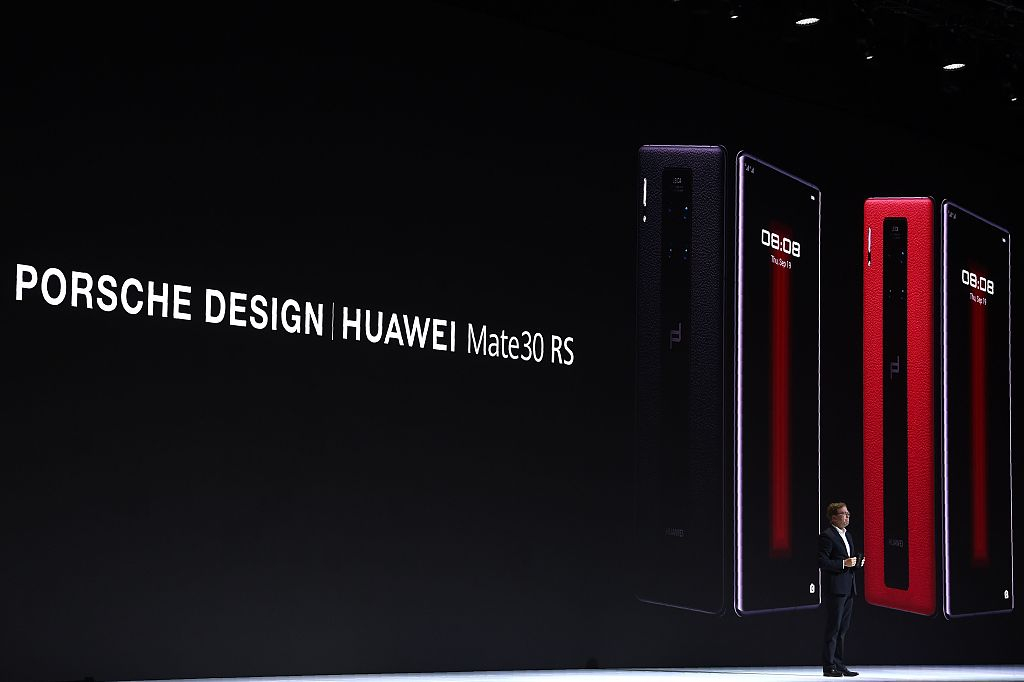 CGTN: Donald Trump said a trade war is easy to win. Now that the trade row has spilled to the tech realm, many observers say a trade war is indeed much easier than a tech war which is likely to endure for a long time. What do you think?

Williamson: There're probably many issues that need to be resolved in terms of perhaps a new technological cold war. There are of course issues surrounding cybersecurity in general. But Huawei is pushing for global standards to be met. We would be really happy to meet those standards that set for all companies on fair and open access level, to move forward as a world.

The U.S. runs a risk of isolating themselves. They are really the vanguard of software developments. Their companies dominate the internet space. But increasingly a lot of them are going to move out of the internet to the internet of things.

If they close themselves to the outside world, they may suffer. They will lose many friends not only on trade and investment flows and more crucially by ending collaboration across universities and research and development laboratories.

CGTN: Will the tech standards be universal or just applied to developed countries?

Williamson: There is great fear. We really don't want that bifurcation of those technological standards or systems.

I'm old enough to remember the rollout of 3G or 2G where you have to keep changing your SIM card as you traveled around the world. I really don't want to go back into that. So 5G is going to be the first mobile activity standard that has been set for the world.

The more we can set one standard, the more we benefit in terms of productivity and economic growth. It's important that we try to stop a bipolar world from emerging, and even worse, a multipolar technological environment.