IDA CEO: A disorderly Brexit may hit Irish GDP growth by up to 7%
CGTN 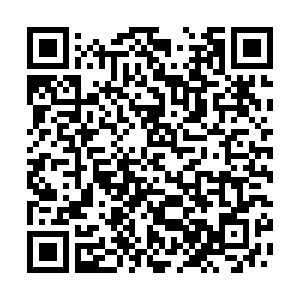 Martin Shanahan, CEO of Ireland's inward investment promotion agency Industrial Development Agency (IDA), is concerned about Brexit's impact on Ireland's economic growth. During the New Economy Forum on Wednesday, he told CGTN that a disorderly Brexit may hit the Irish economy by as much as seven percent.

Shanahan said that a crash-out Brexit may impact Ireland in two ways.

First is GDP. "I think all of the analysis that we've done and all of this scenario planning shows that Brexit will have a negative impact on GDP growth into the future (for Ireland). So there's an opportunity cost. And we have quantified this as somehow between three and seven percent to GDP cost. So that's under every scenario. Obviously the three percent is if there is a deal or some sort of an orderly Brexit. It could be as high as seven percent if there is a disorderly Brexit."

He noted that the probability of the reintroduction of tariffs and regulatory divergence would add up to the costs, predicting that indigenous sectors like agri food could be the worst hit.

Shanahan said ratings and accreditation agencies have shifted to Ireland, as these entities want to be in a country that will be a part of the European Union to offer their services with absolute certainty.

"So it's a mixed bag. I think from an investor perspective it certainly has been costly and disruptive. I think for many of the businesses that we engage with have also had to rethink their supply chains and logistics," said Shanahan.

From an Irish perspective, Shanahan said they would like to see an orderly Brexit with clearly negotiated deals.

"We would like to see one of those deals followed through and then we can move on to the next stage of negotiations, which will be a treaty with a trade deal between the UK and EU. And really until we see the nature of such a trade deal, it's difficult to know what the ultimate impact of Brexit would be."