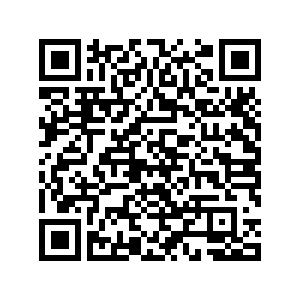 The fourth plenary session of the 19th Central Committee of the Communist Party of China (CPC), the country's key Party meeting held last month in Beijing, highlighted 13 notable strengths of China's state and governance systems. The first of them is:

"Upholding the centralized and unified leadership of the CPC, following the CPC's scientific theories, maintaining political stability and ensuring that the country keeps advancing in the direction of socialism."

CPC is China's ruling party. It has played a major role in terms of leading China to its current state of remarkable development and modernization. 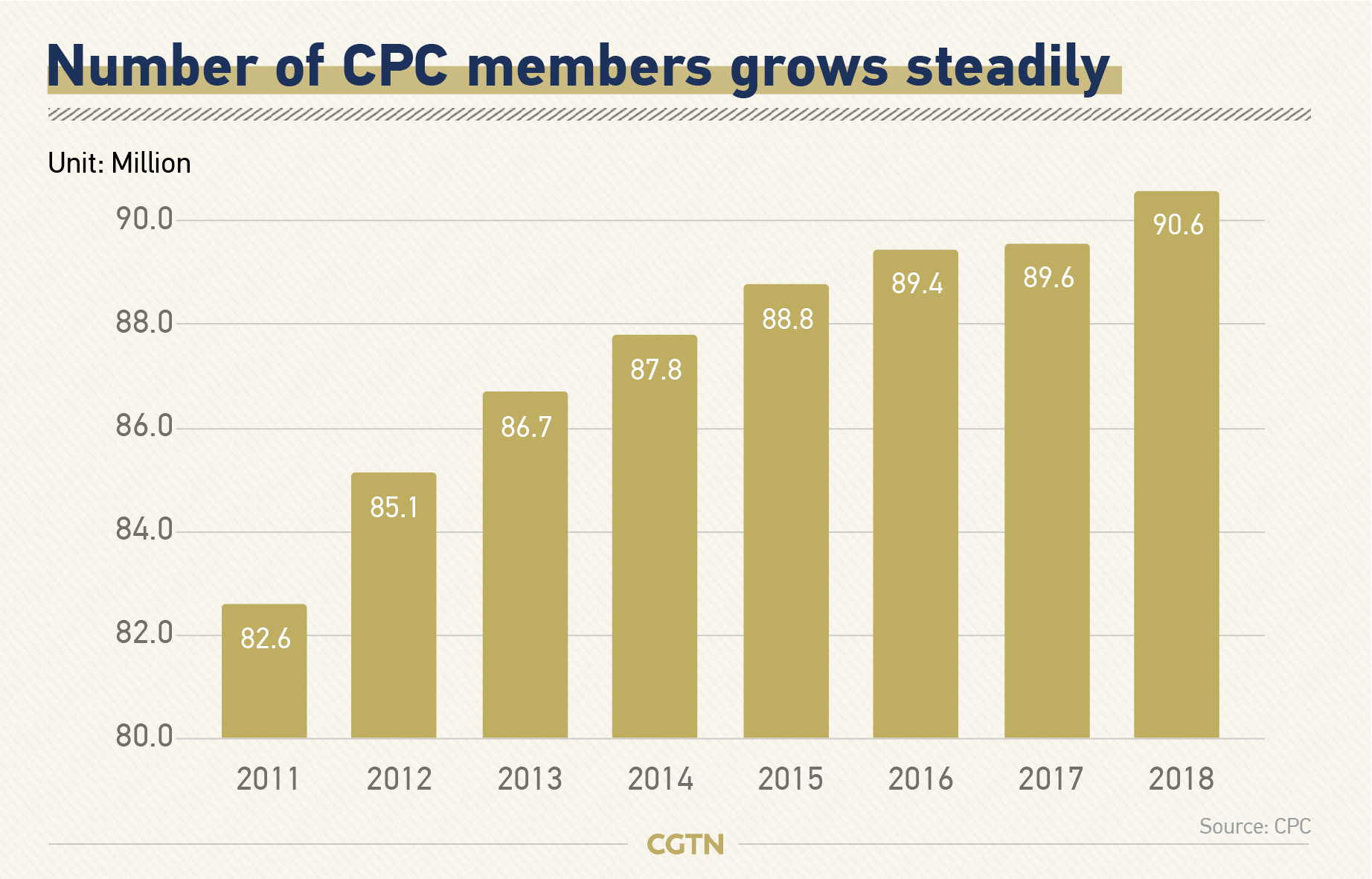 The party system in China features multi-party cooperation and political consultation under the leadership of the CPC.

"The CPC's leadership position was formed and consolidated during the long years of revolution, construction and reform, and it is the choice of history and the people," according to China's first white paper on the country's party system.

You may want to read:

Does the CPC work for China?

How does the CPC function in the process of governance?

Upholding the CPC leadership does not mean doing away with democracy, instead it means creating a form of democracy that is broader and more effective, said Chinese President Xi Jinping in March last year.

The system with distinct Chinese characteristics is different from the two-party or multi-party political systems of the West. It is also unlike the one-party system practiced in some other countries. 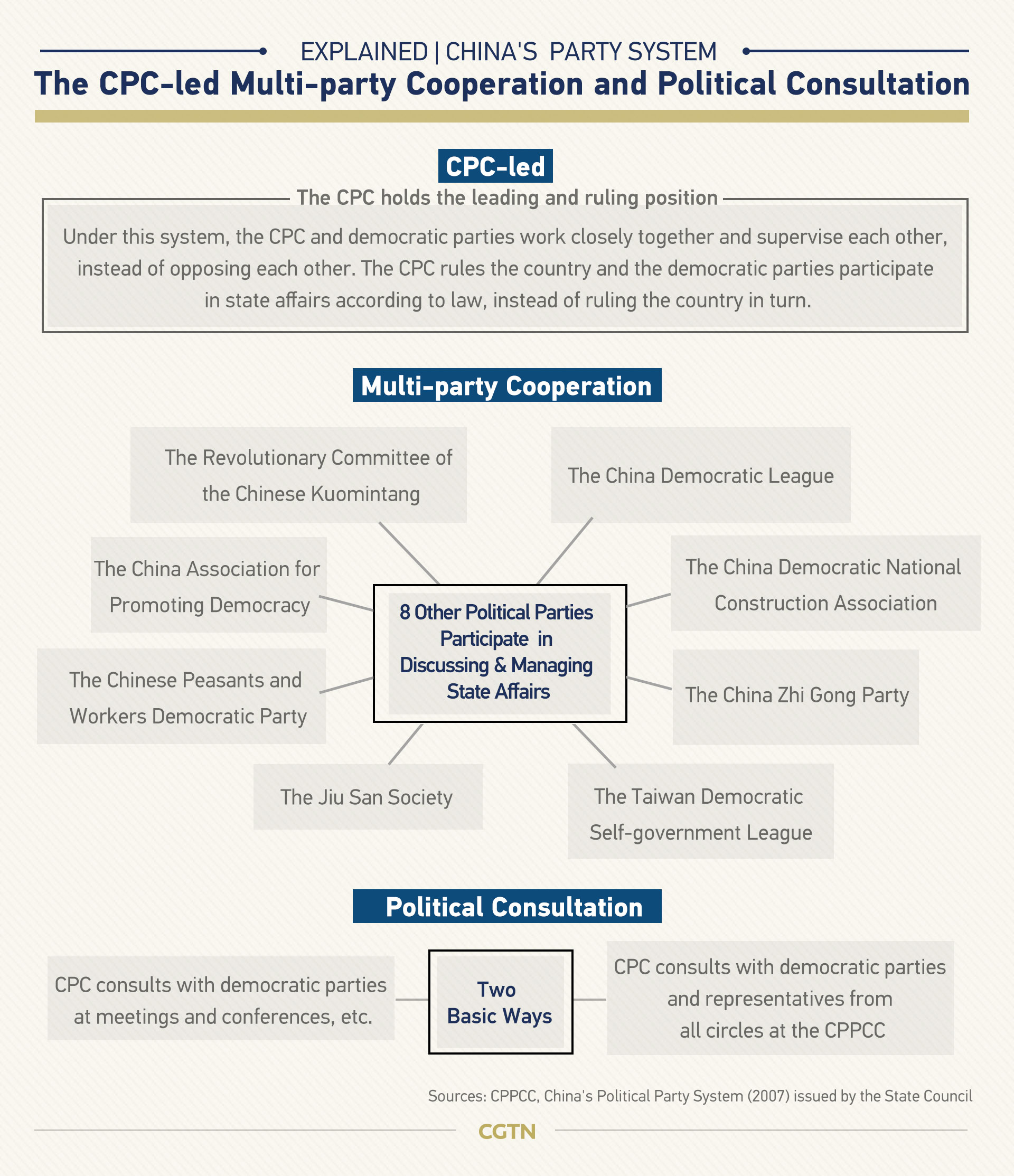 China's party system is "a new type of party system growing from China's soil" and "a great contribution to political civilization of humanity," said Xi, who is also the general secretary of the CPC Central Committee, while meeting with the country's political advisers at the first session of the 13th National Committee of the Chinese People's Political Consultative Conference (CPPCC) in Beijing in March 2018.

It unites all political parties and people without party affiliation toward a common goal, effectively preventing the flaws of the absence of oversight in one-party rule, or power rotation and nasty competition among multiple political parties, Xi said.

The system, now a basic political system in China, was established and developed jointly by the CPC and other democratic parties in their longtime commitments to China's revolution, its construction and reforms.

The value and functions of China's multi-party cooperation system include political participation, expression of interest, social integration, democratic supervision and maintenance of stability, according to the white paper on China's party system. 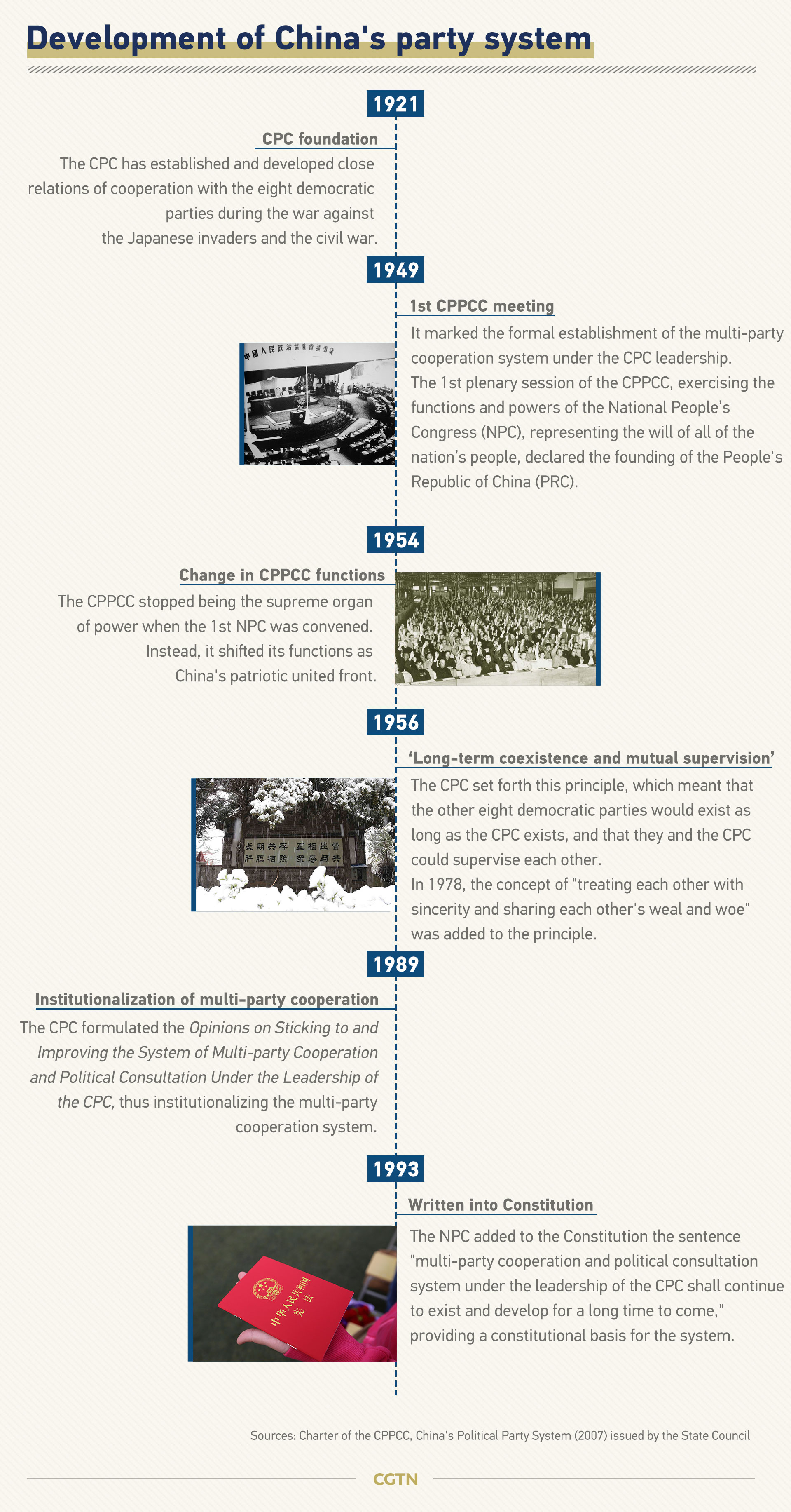 CPPCC is made up of a national committee and local committees at various levels.

The CPPCC National Committee is China's top political advisory body. Its annual plenary meeting, attended by all of its over 2,000 members from all strata of Chinese society, is the highest form of consultation by the CPPCC.

The plenary meeting is generally held in March each year in conjunction with the annual session of the National People's Congress (NPC), China's top lawmaking body. These meetings are famously known as the "Two Sessions," largest political meetings of the year.

Who runs China: Portraits of the deputies to the 13th NPC

2019 Two Sessions: How the CPPCC works 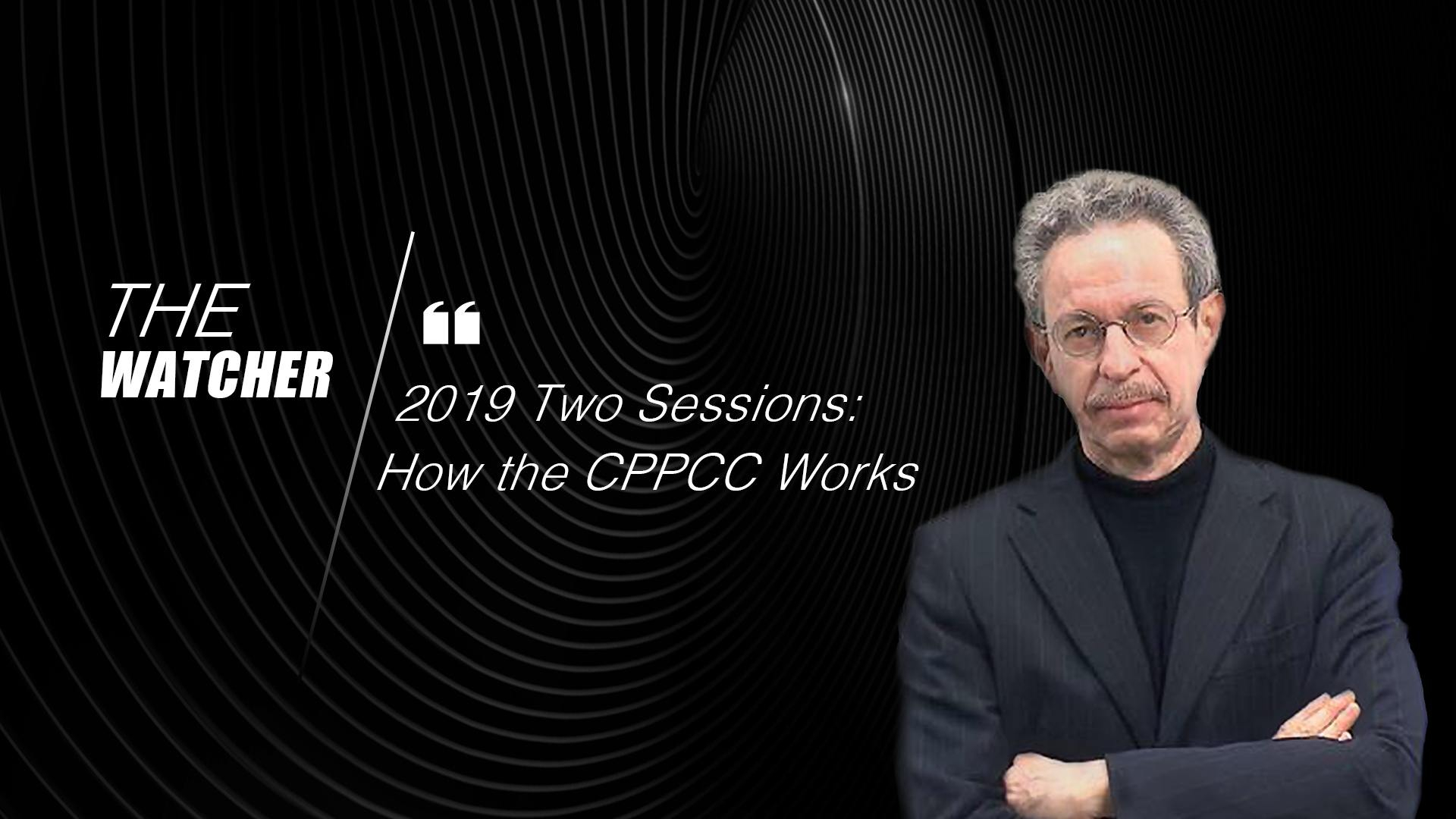 Here is a simple explanation of the relationship between the CPPCC, the NPC and the government:

- The CPPCC (the advisory body) conducts consultations before policy decisions are made.

- The NPC (the organ of state power) votes on policy decisions after the consultations conclude.

- The government (the organ for exercising state power and administering state affairs) carries them out after policy decisions are made.

Under the leadership of the CPC, the CPPCC, the NPC and the government assume their respective responsibilities according to laws and their charters, coordinate their work, perform their own functions and complement each other.