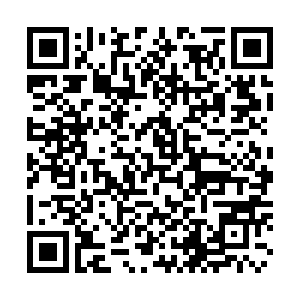 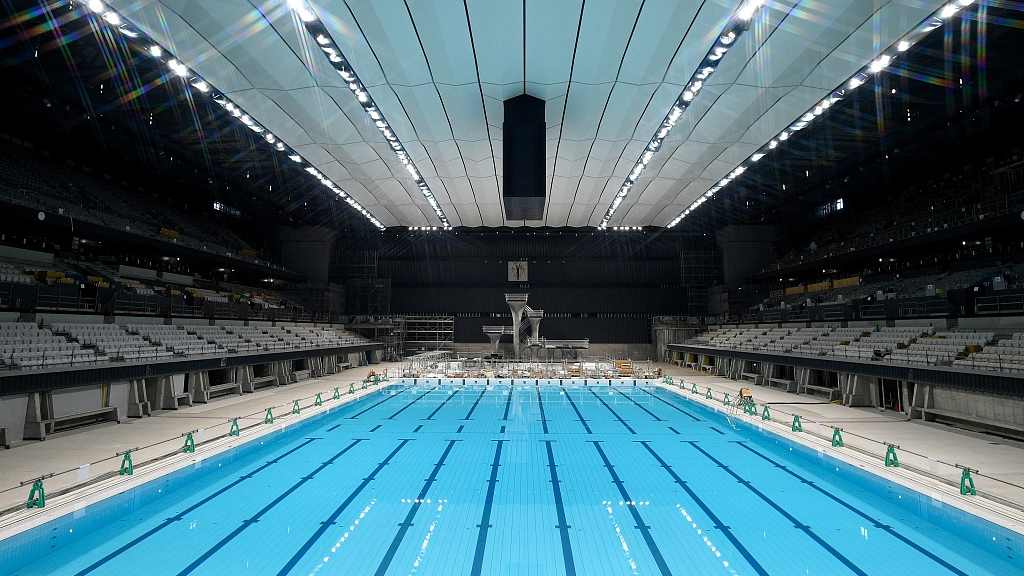 Tokyo 2020 organizers on Thursday unveiled the 523 million U.S. dollars venue for swimming, diving and artistic swimming that will seat 15,000 spectators during the Olympic and Paralympic Games next year.

Construction is 90 percent complete at the four-story Aquatics Centre and the facility is due to be finished on schedule by the end of February, officials said.

"We are aiming to construct a swimming venue to the world's highest standards equipped with the latest facilities," Tokyo 2020 venue official Daishuu Tone told reporters.

The main pool features a movable wall allowing the 50-meter facility to be converted into two 25-meter pools. The depth of the bottom can also be adjusted. 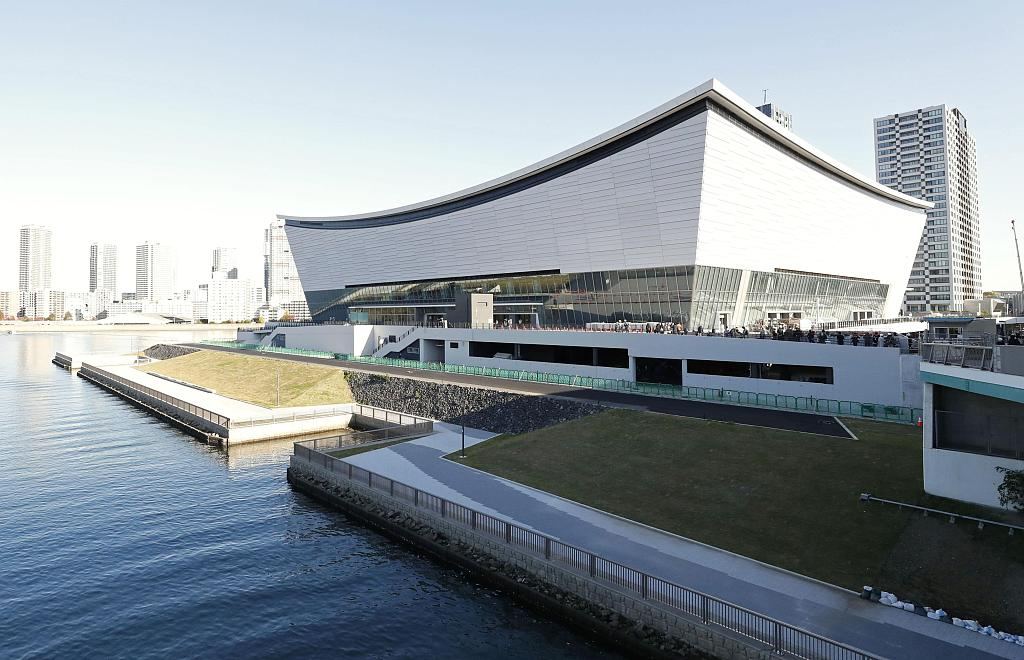 An outside view of the Ariake Arena in Tokyo. /VCG Photo

An outside view of the Ariake Arena in Tokyo. /VCG Photo

Construction on the main venue, the 159 billion yen (1.46 billion U.S. dollars) Japan's National Stadium, has been completed and the stadium will be unveiled in a gala opening on December 21.

Musicians and star athletes will join the event, with world-record sprinter Usain Bolt featuring in an exhibition relay.