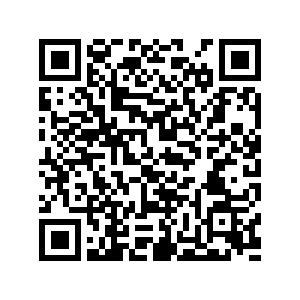 Pence's trip – his first visit to Iraq as vice president – landed at the Ayn al-Asad air base in Iraq's western province of Anbar, where hundreds of U.S. troops are stationed, the Iraqi NINA news agency said.

"We spoke about the unrest that's been taking place in recent weeks here in Iraq," Pence told reporters. "He assured me that they were working to avoid violence or the kind of oppression we see taking place even as we speak in Iran."

"He pledged to me that they would work to protect and respect peaceful protesters as ... part of the democratic process here in Iraq.”

Pence said he reiterated Donald Trump's commitment to an independent and sovereign Iraq. "We continue to be concerned about the malign influence of Iran across Iraq," he said.

The U.S. vice president will not meet top Iraqi leaders during his surprise trip to the country on Saturday, Iraqi officials told AFP.

The office of President Barham Salih said it was not aware Pence was coming to Iraq and there was no meeting planned, and the U.S. embassy in Baghdad said it had no details to share. 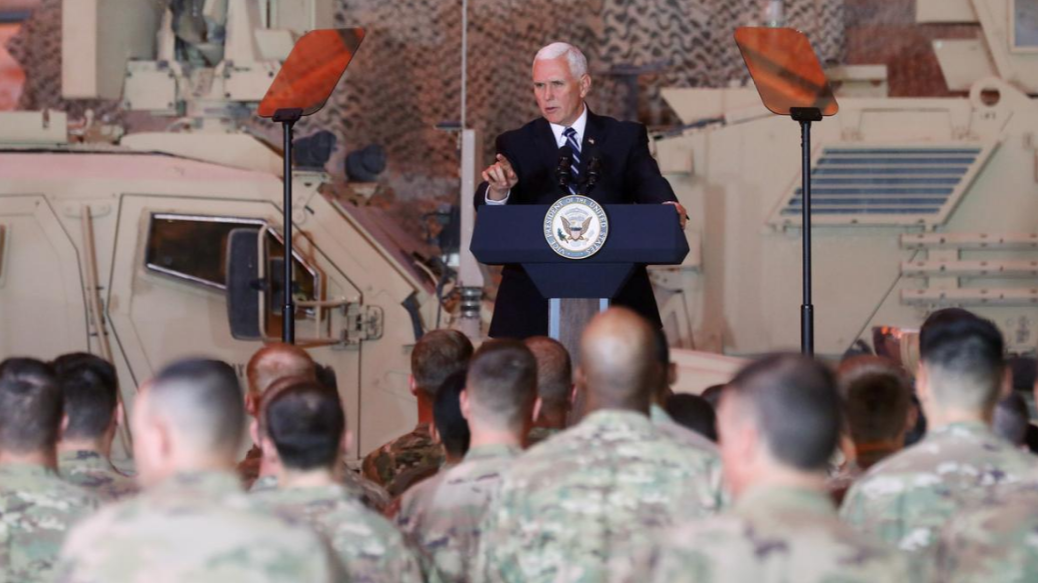 Washington led the 2003 invasion of Iraq that toppled Saddam Hussein, dismantled its security forces and then attempted to rebuild the country's institutions.

The U.S. has 5,200 troops stationed in Iraqi bases across the country.

Pence's visit came at a time when Iraq is witnessing month-long anti-government protests, demanding comprehensive reform of the political system and early elections.

Oil-rich Iraq is OPEC's second biggest producer, but one in five people live in poverty and youth unemployment stands at 25 percent, according to the World Bank. Those staggering rates sparked the first wave of protests on October 1, and public anger quickly spiraled into calls for an overhaul of the entire ruling system.

It is the biggest and most complex challenge in years to the political order and around 300 people have been killed in protests.

Protesters say the current framework allows political parties to dole out government jobs based on affiliation and bribes, choking out independents in a country with a weak private sector. They are demanding profound reform and constitutional amendments. 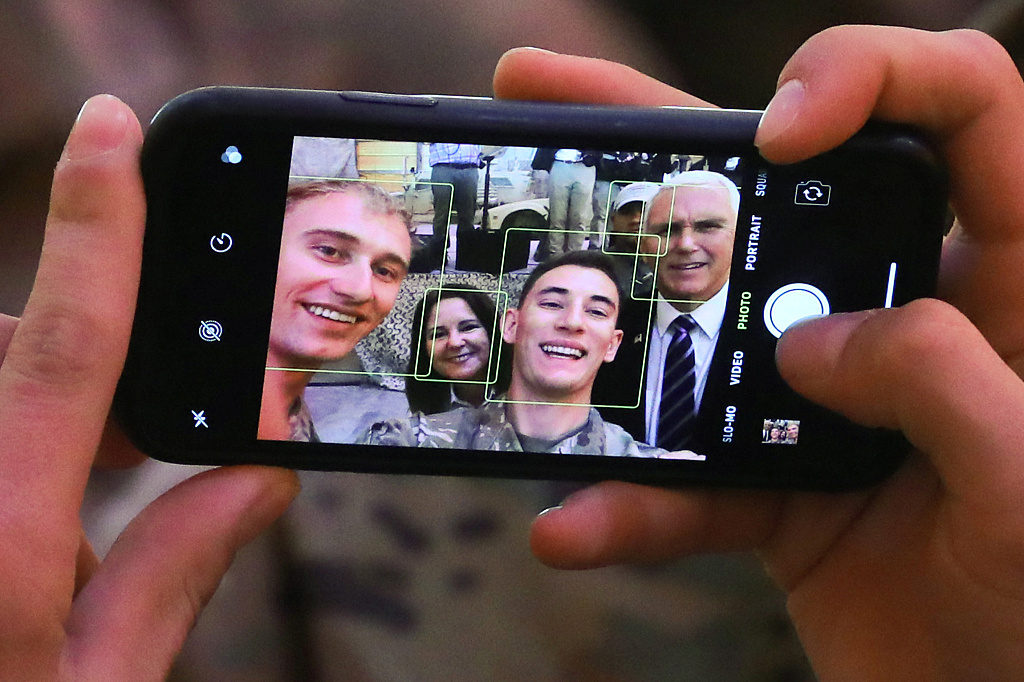 U.S. Vice President Mike Pence and his wife Karen pose for a selfie with U.S. troops at Al Asad Air Base in Iraq, November 23, 2019. /VCG Photo

U.S. Vice President Mike Pence and his wife Karen pose for a selfie with U.S. troops at Al Asad Air Base in Iraq, November 23, 2019. /VCG Photo

Pence tweeted images of himself and his wife speaking to U.S. troops and carrying a roast turkey, traditionally served during the American Thanksgiving holiday celebrated next week.

"Happy Thanksgiving from Iraq. @SecondLady and I are so honored to be with our Soldiers, Sailors, Airmen, and Marines here in Iraq!" he tweeted.

The vice president went on to Erbil in the semi-autonomous Kurdish region in Iraq, seeking to show U.S. appreciation for Kurdish sacrifices and affirm a message of U.S. support and partnership with Kurdish fighters.

Pence told Barzani at the beginning of their meeting at Erbil airport that he wanted on Trump's behalf to "reiterate the strong bonds forged in the fires of war between the people of the United States and the Kurdish people across this region."