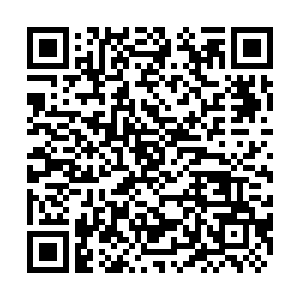 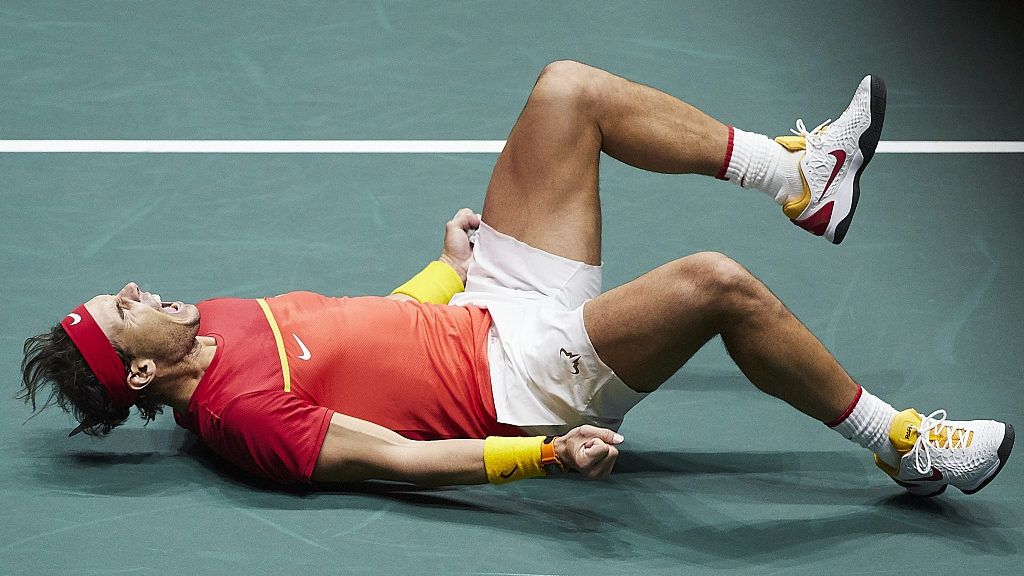 Continuing his sublime form, Rafael Nadal spearheaded hosts Spain into the Davis Cup final as he partnered Feliciano Lopez to win a thrilling doubles and seal an edge-of-the-seat 2-1 victory over Great Britain on Saturday.

The world number one came out firing on all cylinders in front of a capacity crowd in the Magic Box and almost single-handedly powered his country to a place in today's final against Canada in the inaugural edition of the revamped competition.

Nadal's semifinal heroics came after it was even stevens at 1-1 with both the countries winning a singles rubber apiece. It all boiled down to the much-anticipated doubles tie as Nadal and veteran Lopez were up against Jamie Murray and Neal Skupski. Cheered on by a partisan crowd, the prolific pair crushed their British opponents 7-6(3) 7-6(8) to guide five-time winners Spain into their first Davis Cup final since 2012.

Incidentally, Nadal had to win the singles before clinching the doubles against Argentina on Friday's quarterfinal as well. A day later, he faced a similar situation after Lopez was outplayed 6-3 7-6 by Kyle Edmund. The Magician from Mallorca, however, remained unfazed by the daunting task and accomplished a 6-4 6-0 win over Dan Evans, extending his incredible run of Davis Cup singles wins to 28 since 2004. 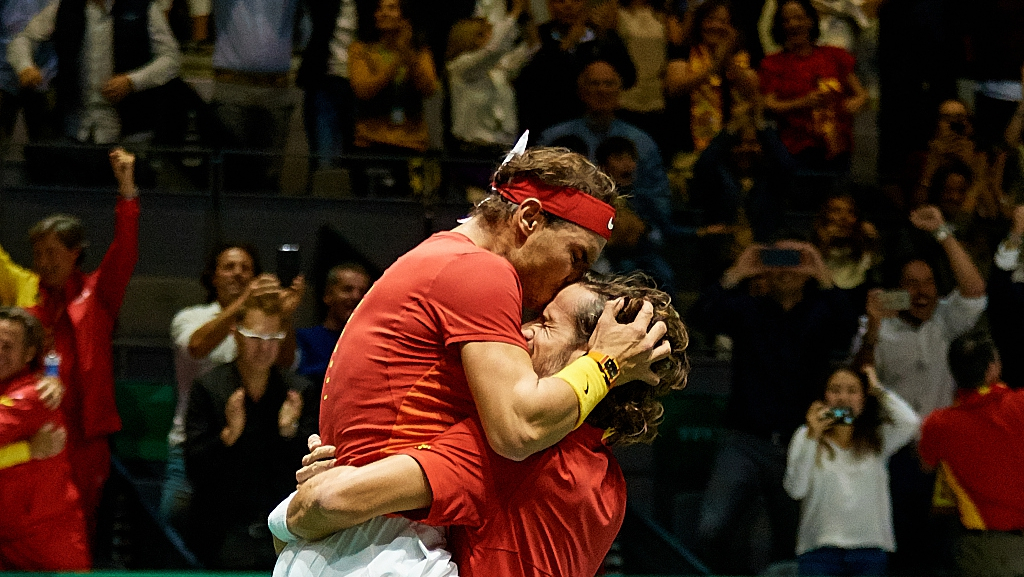 Rafael Nadal (L) and Feliciano Lopez of Spain celebrate the victory in their semi final doubles match against Jamie Murray and Neal Skupski of Great Britain during Day Six of the 2019 Davis Cup at La Caja Magica on November 23, 2019 in Madrid, Spain. / VCG Photo

Rafael Nadal (L) and Feliciano Lopez of Spain celebrate the victory in their semi final doubles match against Jamie Murray and Neal Skupski of Great Britain during Day Six of the 2019 Davis Cup at La Caja Magica on November 23, 2019 in Madrid, Spain. / VCG Photo

With the semifinals going down to the wire, 33-year-old Nadal joined a 38-year-old Lopez to take on their British opponents in the nerve-jangling doubles decider in front of a frenzied crowd in the 12,500-seater stadium.

There were tense moments for the formidable Spaniards as the first set went into a tie-breaker but they held their nerves to clinch it in a dramatic fashion. The neck and neck fight continued in the second set as well and Nadal had to save a set point at 5-6. The set eventually went into the second tie-break of the match and breathtaking performances by both the sides kept the set hanging in balance for a while. However, after a saving a couple of set points, the Nadal-led Spanish Armada sealed the deal and stay afloat for the dat.

"This competition is dramatic and with this new format even more," Nadal remarked after guiding his team to the final. "It was very close. We knew it was going to be a very tough battle. But we found a way." Meanwhile, his partner Lopez couldn't control his emotions after withstanding the tension of two dramatic hours.

He said: "I'm living the dream. It's a very special moment. Rafa hit an unbelievable lob when we were down in the break 6-4. We are really happy and have a great opportunity to hold this trophy tomorrow."

Earlier, Canada made it to their first Davis Cup final after Denis Shapovalov and Vasek Pospisil routed Russian duo Andrey Rublev and Karen Khachanov in another semifinal humdinger.

After Pospisil's run of three straight singles wins came to an end in the opener with Rublev winning 6-4 6-4, Shapovalov levelled the tie as he edged past Khachanov 6-4 4-6 6-4. The Canadian duo secured a berth for the final after bagging the intensely-fought doubles 6-3 3-6 7-6(5).