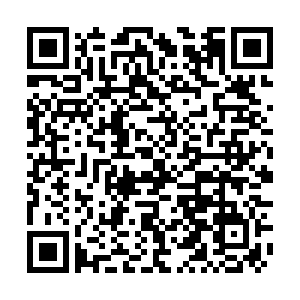 Former UK prime minister Tony Blair said on Monday that the country was in a dangerous mess and that neither the Labour Party nor the Conservatives deserved to win the December 12 election.

Meanwhile, the country's most senior Jewish leader has strongly criticized Labour, telling The Times newspaper that "a new poison – sanctioned from the very top – has taken root" in the party.

What did Blair say?

"We're a mess," Blair told a Reuters Newsmaker event. "The buoyancy of the world economy has kept us going up to now, but should that falter, we will be in deep trouble."

Blair, Labour prime minister from 1997 to 2007, said both major parties were peddling fantasies, adding that if the opinion polls were accurate, Johnson's party looked likely to win a majority. 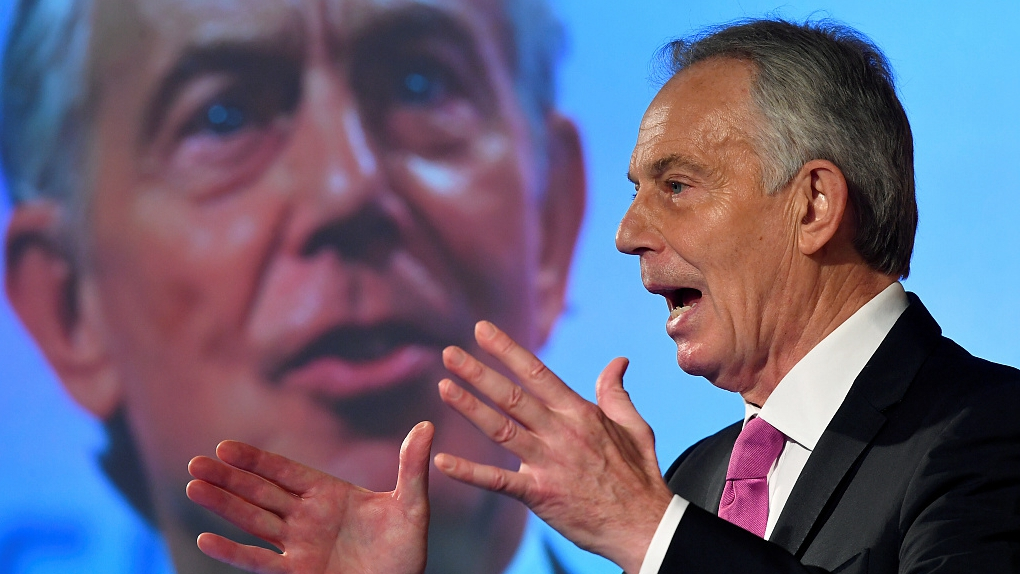 The only Labour leader to win three elections said his party was now controlled by its "Marxist-Leninist wing" and that its leader Jeremy Corbyn was promising a revolution.

"The truth is: the public aren't convinced either main party deserves to win this election outright."

Blair, an opponent of Brexit, argued for a second referendum on the decision to leave, saying it would need to be followed by another general election.

Prime Minister Boris Johnson has pledged to take Britain out of the EU by January 31 if he wins a parliamentary majority and then to negotiate a comprehensive deal with the bloc covering trade and future relations during a transition period due to end next December.

Blair cast doubt on that timetable and said there was still a risk that Britain could exit the EU in a year's time without having struck a deal with its biggest trading partner.

"No-deal Brexit is not off the table," Blair said. "This negotiation (on the future relationship) has no chance of being concluded in that transition period.”

What did the Chief Rabbi say?

The poison of anti-Semitism "sanctioned from the top" has taken root in Labour, Chief Rabbi Ephraim Mirvis said in an article for Tuesday's edition of The Times, warning the "soul of our nation is at stake" in the upcoming election.

Corbyn, a veteran campaigner for Palestinian rights, has been dogged by criticism that he has failed to tackle anti-Semitism in his party. 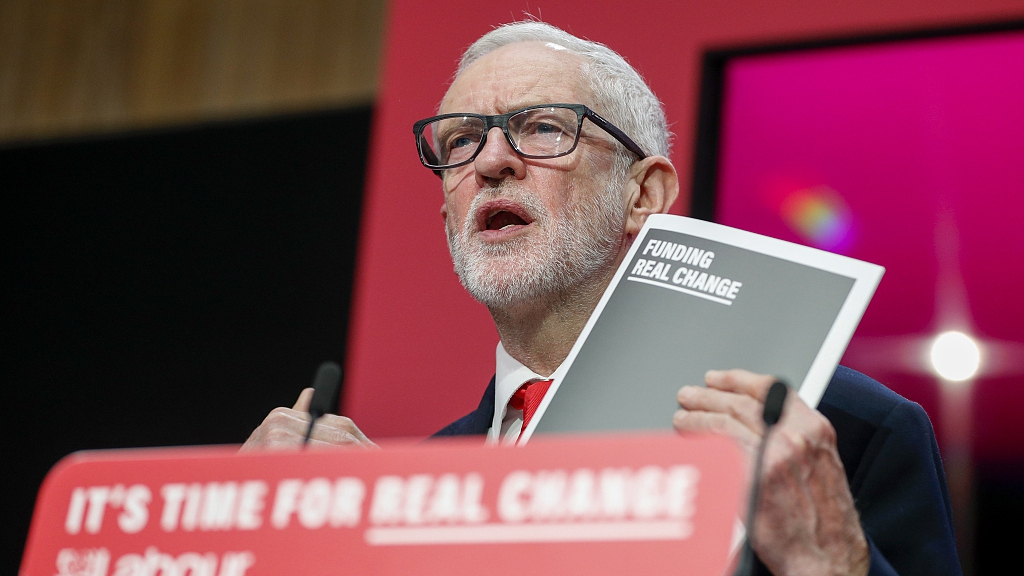 Jeremy Corbyn, leader of the Labour Party, at the launch of the party's election manifesto in Birmingham, UK, November 21, 2019. /VCG Photo

Jeremy Corbyn, leader of the Labour Party, at the launch of the party's election manifesto in Birmingham, UK, November 21, 2019. /VCG Photo

"The question I am now most frequently asked is: What will become of Jews and Judaism in Britain if the Labour Party forms the next government? This anxiety is justified," Mirvis wrote.

He said the response of the party's leadership as their supporters drove lawmakers, members and staff out of the party for challenging anti-Jewish racism had been "utterly inadequate" and claims the party was doing everything it could and had investigated every case were "mendacious fiction."

A spokesman for Labour said Corbyn was a lifelong campaigner against anti-Semitism.