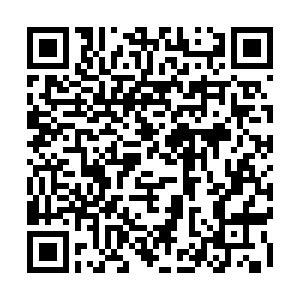 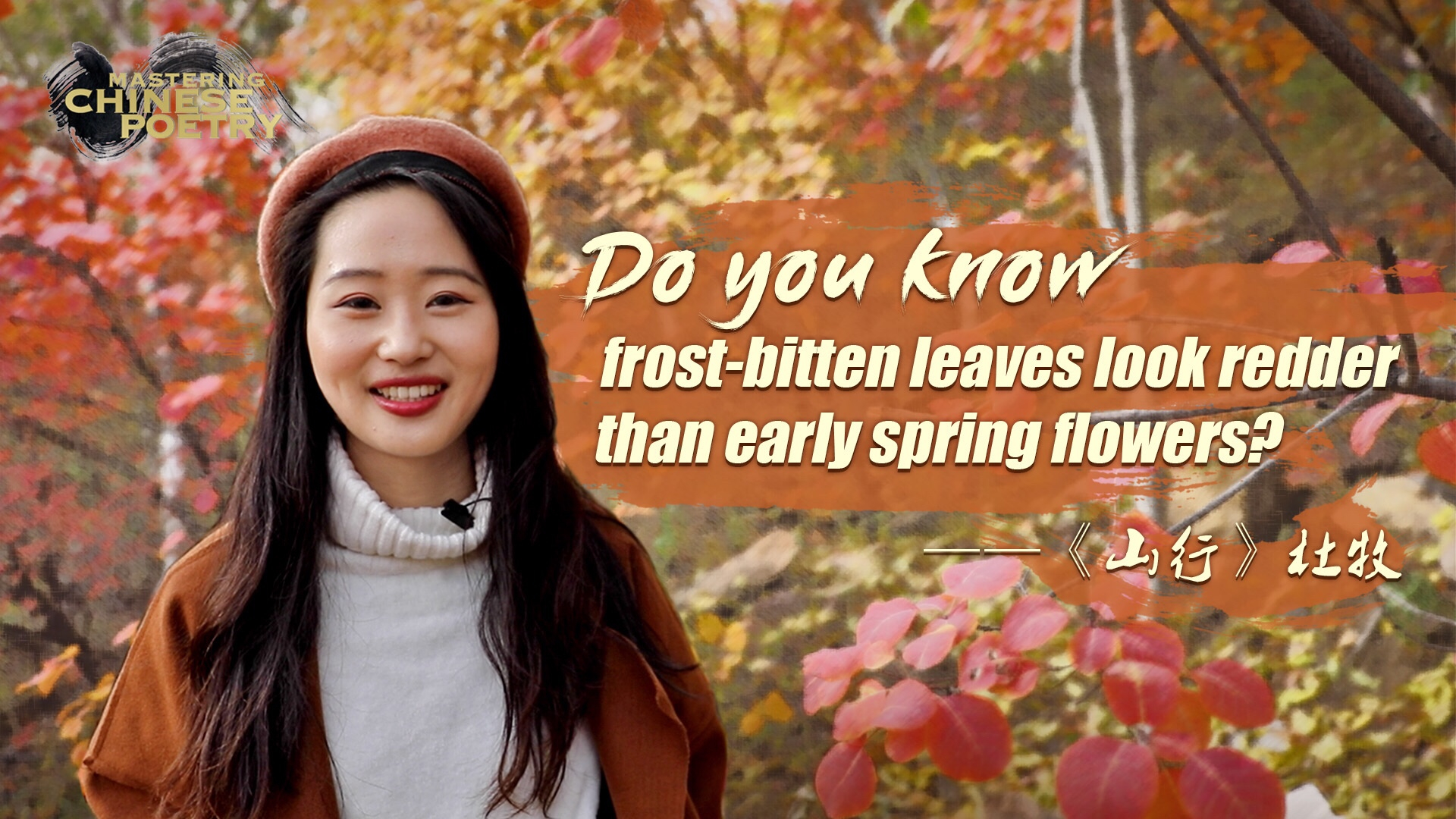 Famous Chinese author Lao She believes that Beijing is the place to be in autumn. Only during this short yet precious season does contemporary Beijing compare to its past self. In his book "Dream of Living," Lao She writes, "I don't know what heaven is like, but from my experience in life and my judgment, Beijing's autumn is heaven."

People enjoy autumn in Beijing because of its seasonal delicacies, like pears, persimmons, dates and hairy crabs. Adding to the city's appeal is the weather, with clear skies and leaves turning from bright yellow to flaming red. The Chinese capital enchants the eyes with remarkable and picturesque views! 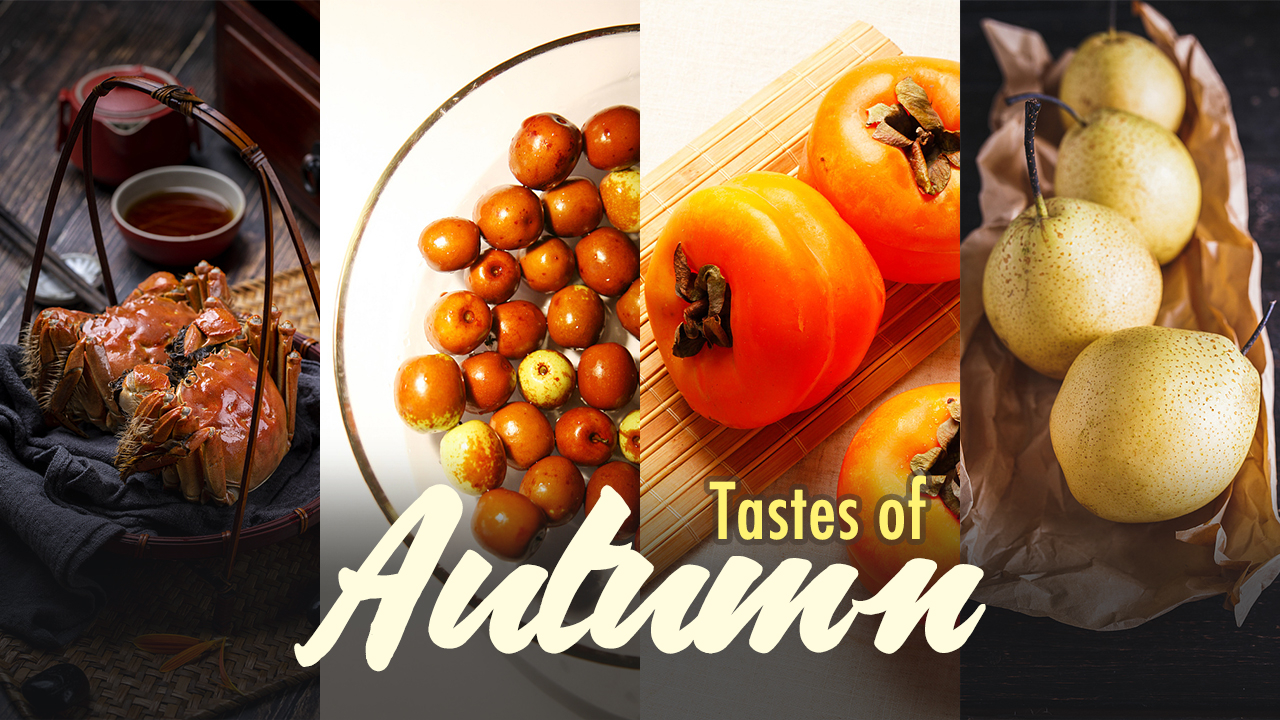 Literary figures have composed many articles and poems describing this pleasant season. The poem "Going Up the Hill," by Tang Dynasty poet Du Mu, is a classic. He travels along a winding mountainous path, stopping his cart to admire the autumn foliage. In the first two lines:

A slanting stony path leads far to the cold hill;

Where fleecy clouds are born, there appear cots and bowers.

The poet looks up along the curved path to the mountain peak, where only a few houses are visible through the clouds. Though the poet passes the mountains in late, dreary autumn, the houses evoke in the readers the vivid image of smoke coming out of chimneys and dogs barking somewhere, adding liveliness to this otherwise still mountain scenery. 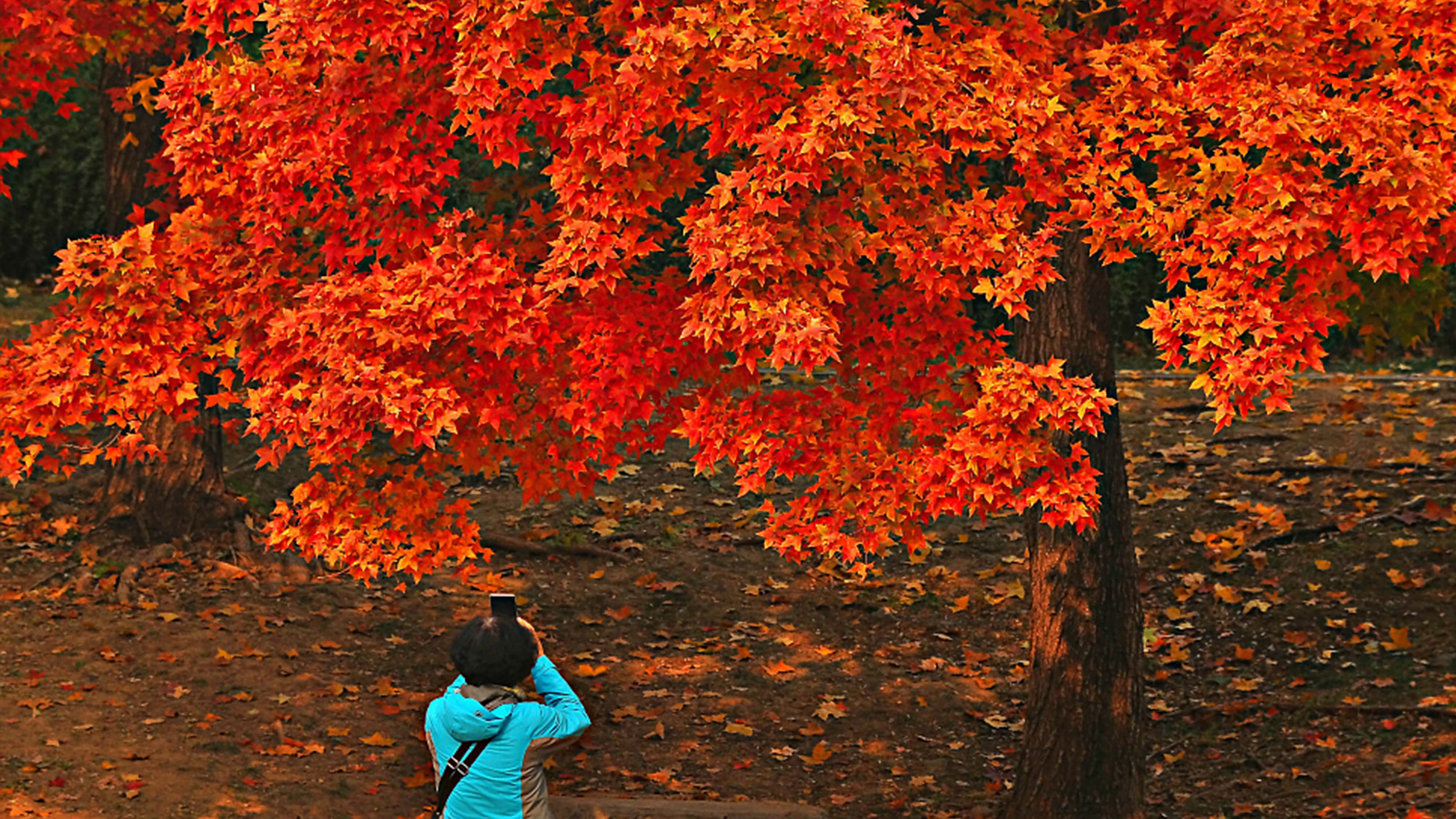 Red foliage in the suburbs of Beijing. /VCG Photo

Red foliage in the suburbs of Beijing. /VCG Photo

Attracted by maple leaves that turn to a dark burgundy color after a frosty night, the poet stops his carriage and enjoys this natural, colorful beauty of nature that unfolds in front of his eyes:

I stop my cab at maple woods to gaze my fill; 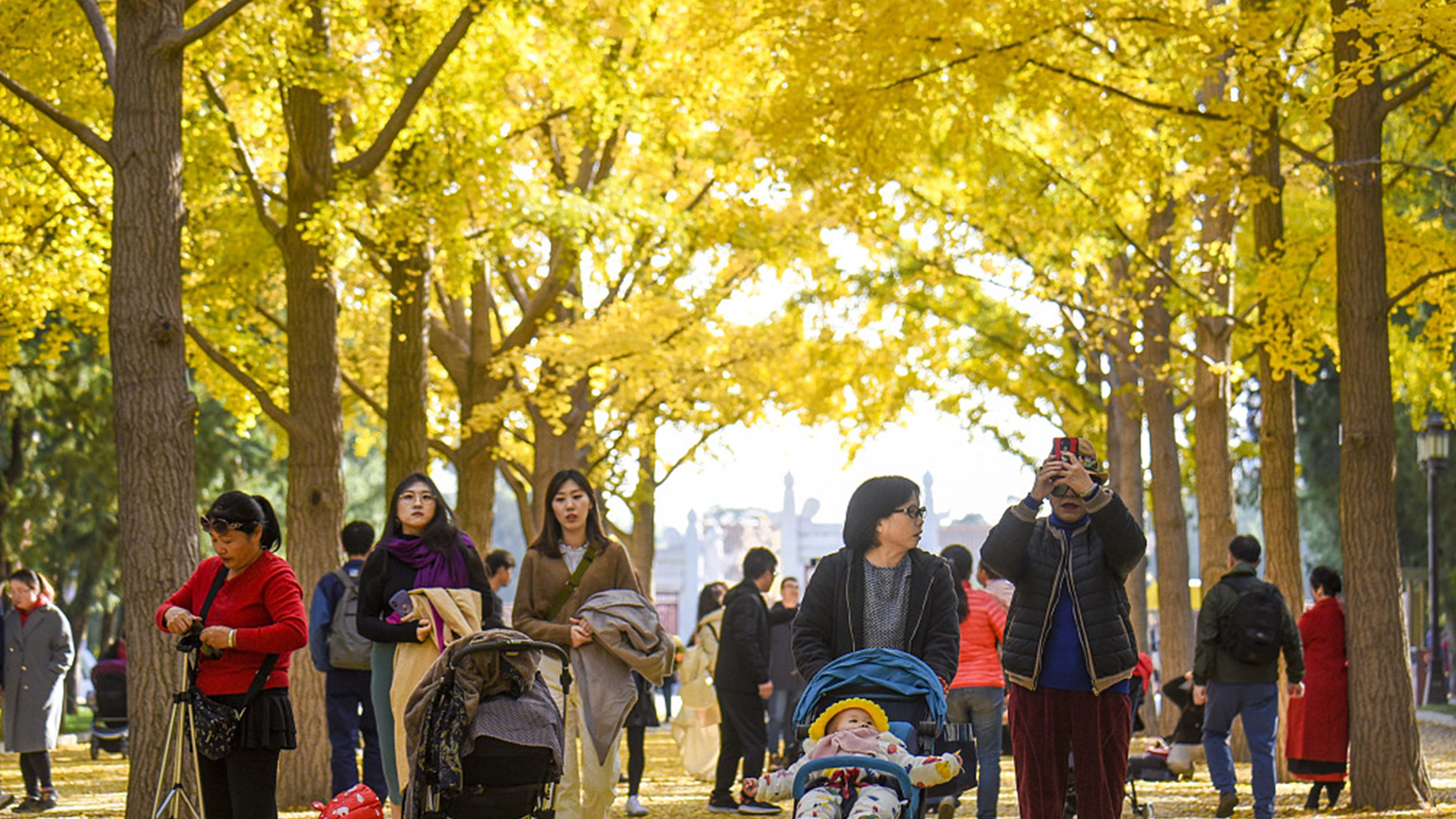 People walk in a park in autumn. /VCG Photo

People walk in a park in autumn. /VCG Photo

The poet is amazed by this late autumn scenery in front of him, and admires red maple leaves that, thanks to their deep red, surpass the beauty of spring flowers in full bloom. He uses a joyful tone in describing the mountain scenery in late autumn that is usually characterized by fog, gloom and solitude. Frost-bitten leaves are much more resistant to the cold, which makes them shine in an even fiercer and brighter red than early spring flowers.

This poem is not just about describing autumn scenery. Du Mu expresses his own personal aspiration by praising frost-bitten leaves that stand out against the backdrop of the cold and inhospitable autumn.