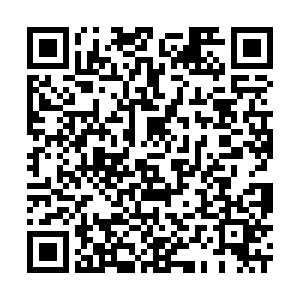 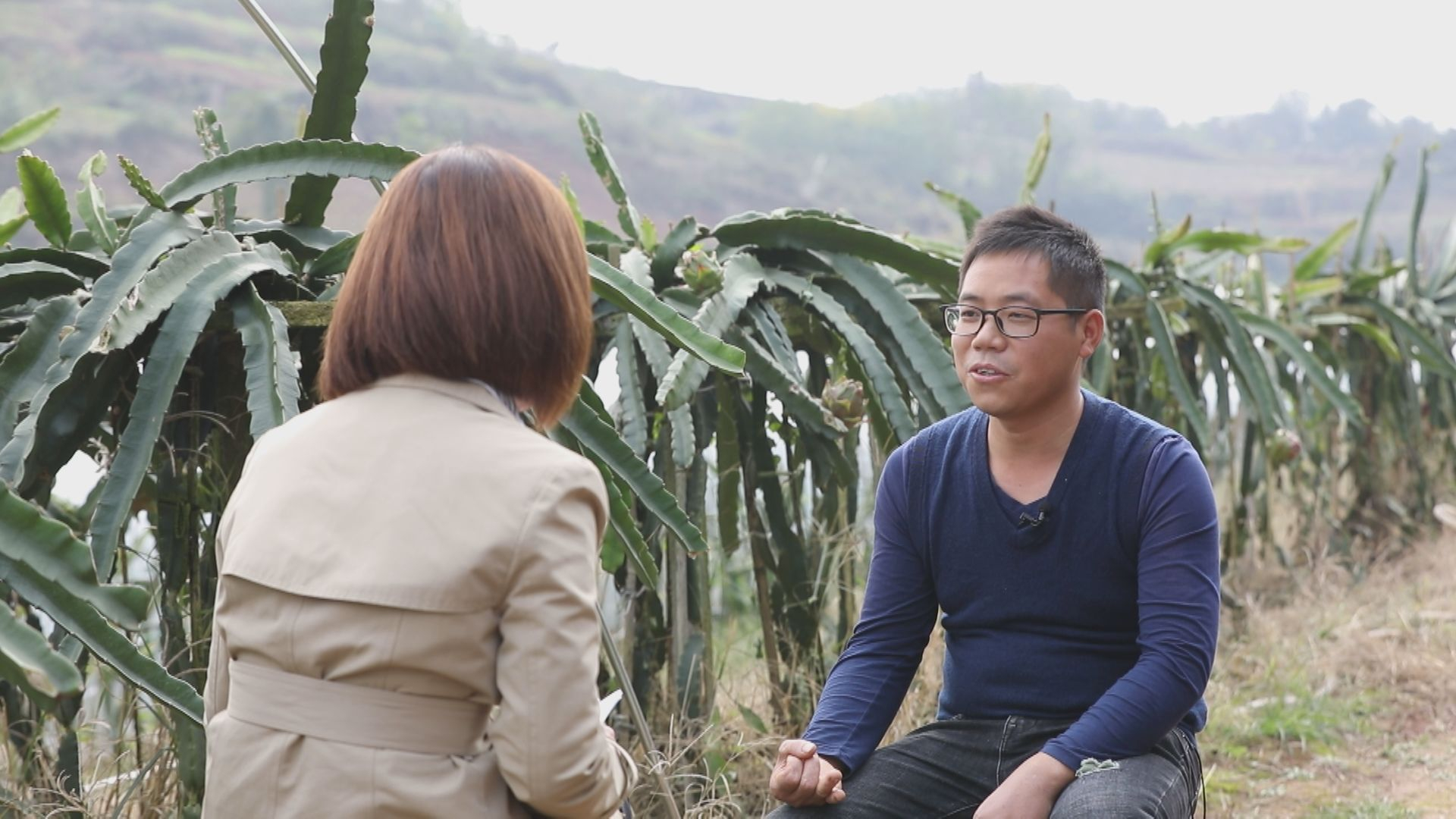 "I have a love-hate relationship with the agricultural industry. On the one hand, it isn't easy for us to escape from the countryside, and eventually find stable work in the city. On the other hand, you get a huge sense of achievement when you see your plants bear fruit, and those fruits can help others… and my village's development."

That's what Wang Chengqing thought about when he decided to go back to his hometown in Renshou County, Sichuan Province, for good back in 2015.

It was probably my first question to him: If it was a pull or push factor. "It was more of the former," he said.

Wang, an former migrant worker, has since founded a company that sells cherries, vegetables, and dragon fruits. And he's eyeing on dragon fruit to reap greater profits.

He worked in an industrial engineering R&D center in Guangdong, one of China's developed southern provinces, for over ten years previously. It was during this time that he came across dragon fruit farming and decided it was the venture he was going to pursue.

But he took calculated risks. "I first tested things out with a small portion of land back at my mother's home. With our initial batch of seedlings, we had only about a third of success rate. I thought, did we fail because of the soil conditions? Was there not enough organic matter, was the drainage system weak?" 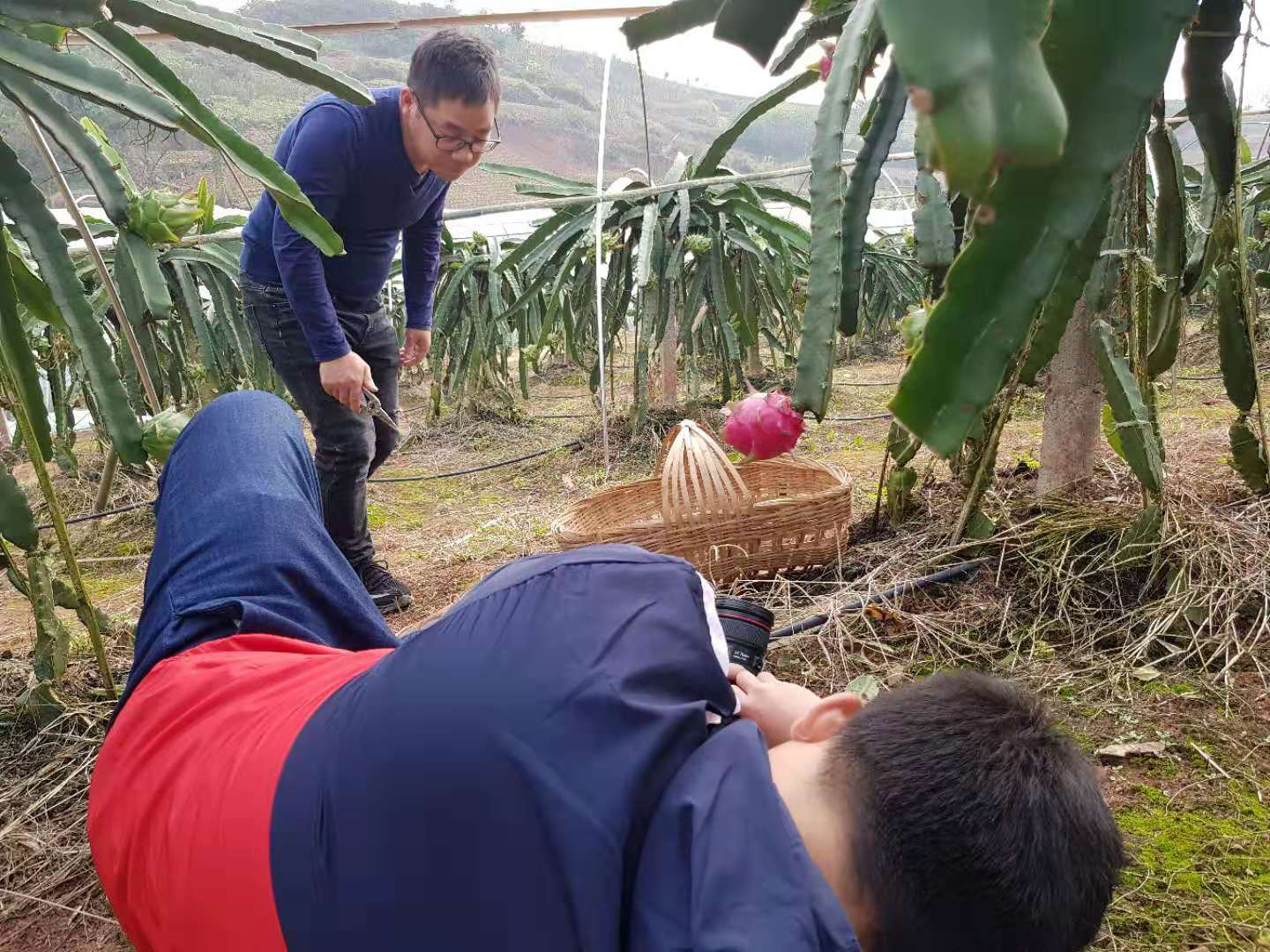 32-year old Wang Chengqing, a former migrant worker, went back to his hometown to start his own business as he was lured by the market potential of the dragon fruit industry. /CGTN photo

32-year old Wang Chengqing, a former migrant worker, went back to his hometown to start his own business as he was lured by the market potential of the dragon fruit industry. /CGTN photo

Fast forward through many trials and errors and three years on, Wang together with his brother and cousin now run an almost 20-acre dragon fruit farm, of which a bulk of the fruits are about to harvest in the next couple of months.

He now employs over a dozen full-time employees. These villagers earn an average of 20-thousand yuan a year, which is deemed good by market standards, according to Wang.

His next step? To market downstream products such as dragon fruit wine. "The great thing about dragon fruits is the secondary value that the fruit brings. Besides health benefits from the fruit itself, it can also be used as a hair dye, flower, and wine."

"I have applied for patents for my wine, and am waiting for a license to be issued so I can start investing in processing plants in a bigger way."

While waiting to push his dragon fruit wine out, Wang is also cracking his head over what to name his wine, which is sweet with just a tinge of tartness.

"The industry cycle for dragon fruit is long. How do we avoid risks within these three years is very important. But it's during this period where we can experience what worked and what didn't," Wang shared, adding that trees will keep yielding dragon fruits during this time frame.

During this gestation period while Wang waits to rake in cash flow from his fruits, he sells vegetables, which have a shorter life cycle. 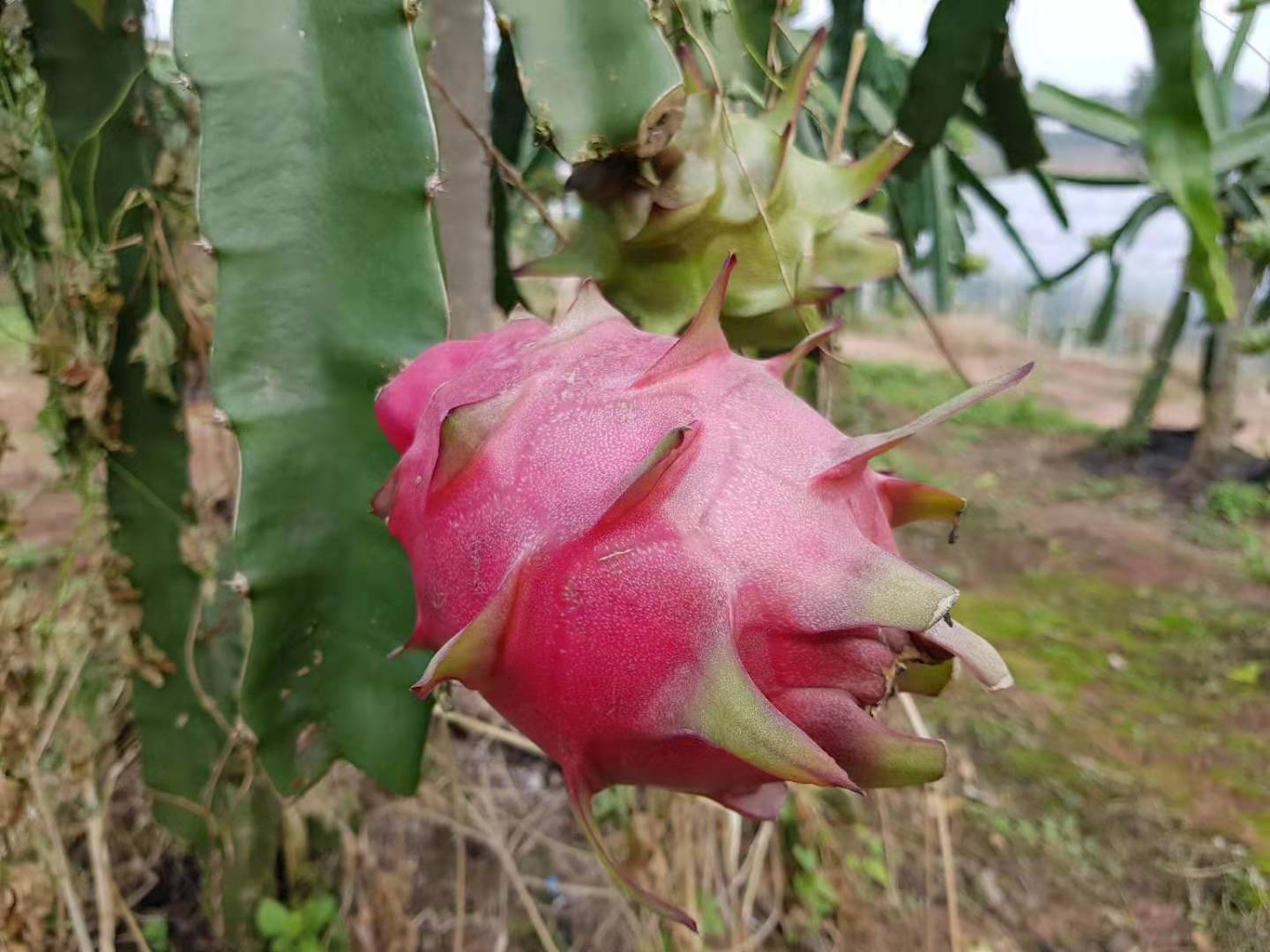 Dragon fruits are typically grown in tropical areas. After countless trials and errors, Wang Chengqing has found a successful recipe for farming them in Sichuan Province. /CGTN photo

Dragon fruits are typically grown in tropical areas. After countless trials and errors, Wang Chengqing has found a successful recipe for farming them in Sichuan Province. /CGTN photo

He sees the development potential of dragon fruits and its value-added products in Sichuan Province and even across China as limitless, stating that there are almost "blank" offerings in market at this point.

So far, Wang, together with his brother and cousin, have invested close to two million yuan in their savings to kick-start this venture. They did not get any loans from the bank up until now, but Wang said that's going to change.

"For our next phase of growth, we are looking at applying for financing to invest in processing plants for our wine and possibly other value-added products. The rates given are subsidized we hear," he said.

"We have benefited from assistance given by Renshou Migrant Workers Service Center, which falls under the county government. The biggest help was: They communicated with the locals and helped us source rural contracted land." It is these very villagers' pockets of lands, whom he is renting from, that he employs to help him out at the farm.

Looking back, Wang said his stint in Guangzhou had proved useful. I asked him what were the biggest transferable skills gained? He said: Risk assessment and cost control.

"We spent about 15,000 yuan in investment costs for planting dragon fruit on each mu (over 600 square meters) of land here. The R&D costs for the same kind of fruit in other areas might cost 30,000 yuan, so we saved about half the cost," he shared. 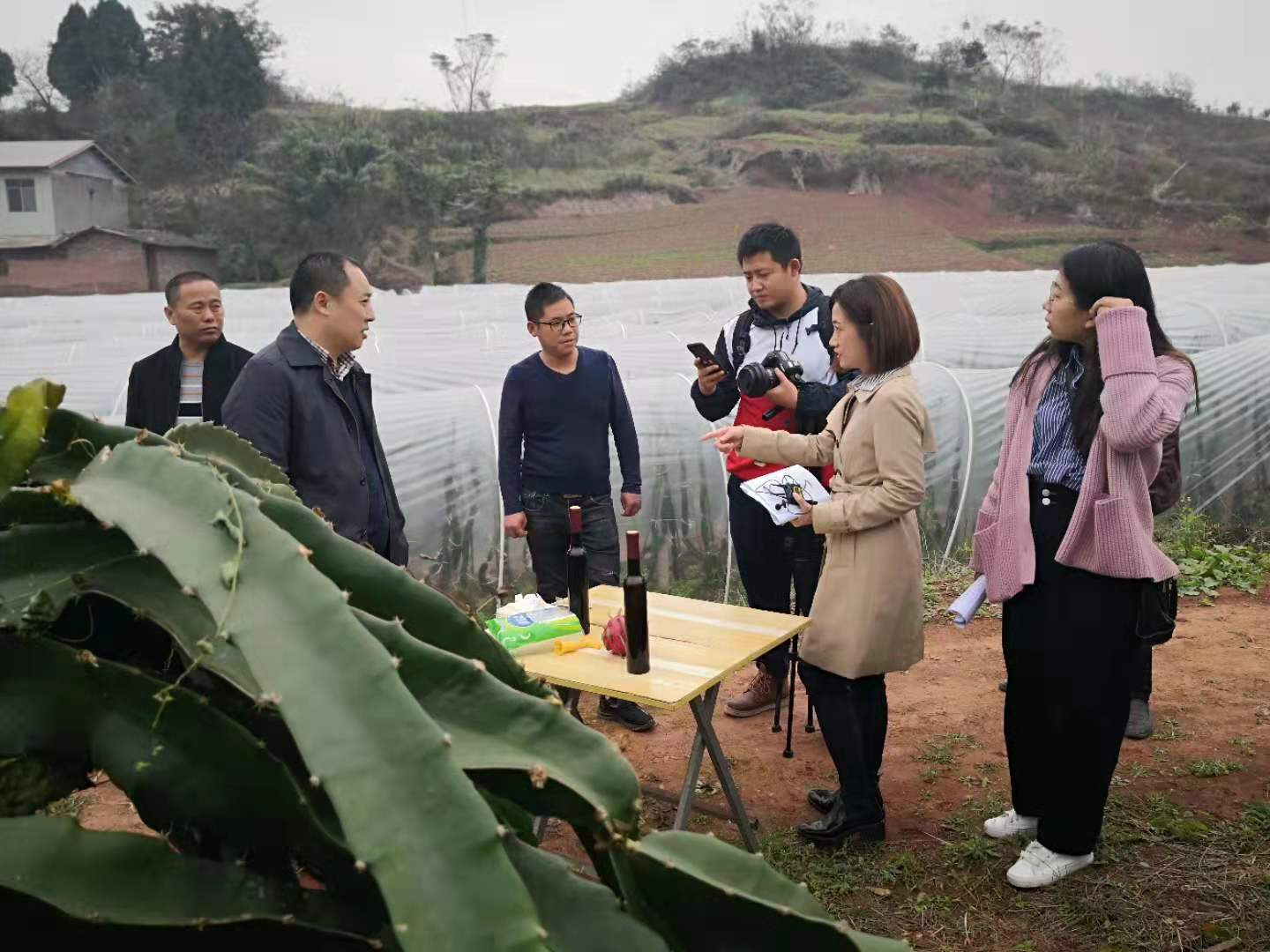 Wang Chengqing, who plans to market his dragon fruit wine soon, said the potential for the fruit and its value-added products in Sichuan is huge. /CGTN photo

Wang Chengqing, who plans to market his dragon fruit wine soon, said the potential for the fruit and its value-added products in Sichuan is huge. /CGTN photo

Wang may have the aptitude, cautious and calculated approach in venturing into business. But not every returning migrant worker may be like him. This is where the local government's help is crucial.

Liu Gang, Director of Renshou Migrant Workers Service Center said besides helping former migrant workers with sourcing and managing the rental of land, they have also partnered with banks to provide financing.

"The loans we offer range between 150,000 and two million yuan per disbursement. Entrepreneurs need not to pay interest for the first two years," Liu said.

"We have also built several online and service platforms, provided mentors and training, and incubation to help them get started and be able to compete in the market. This is because market analysis and judgment is their biggest challenge at this point." 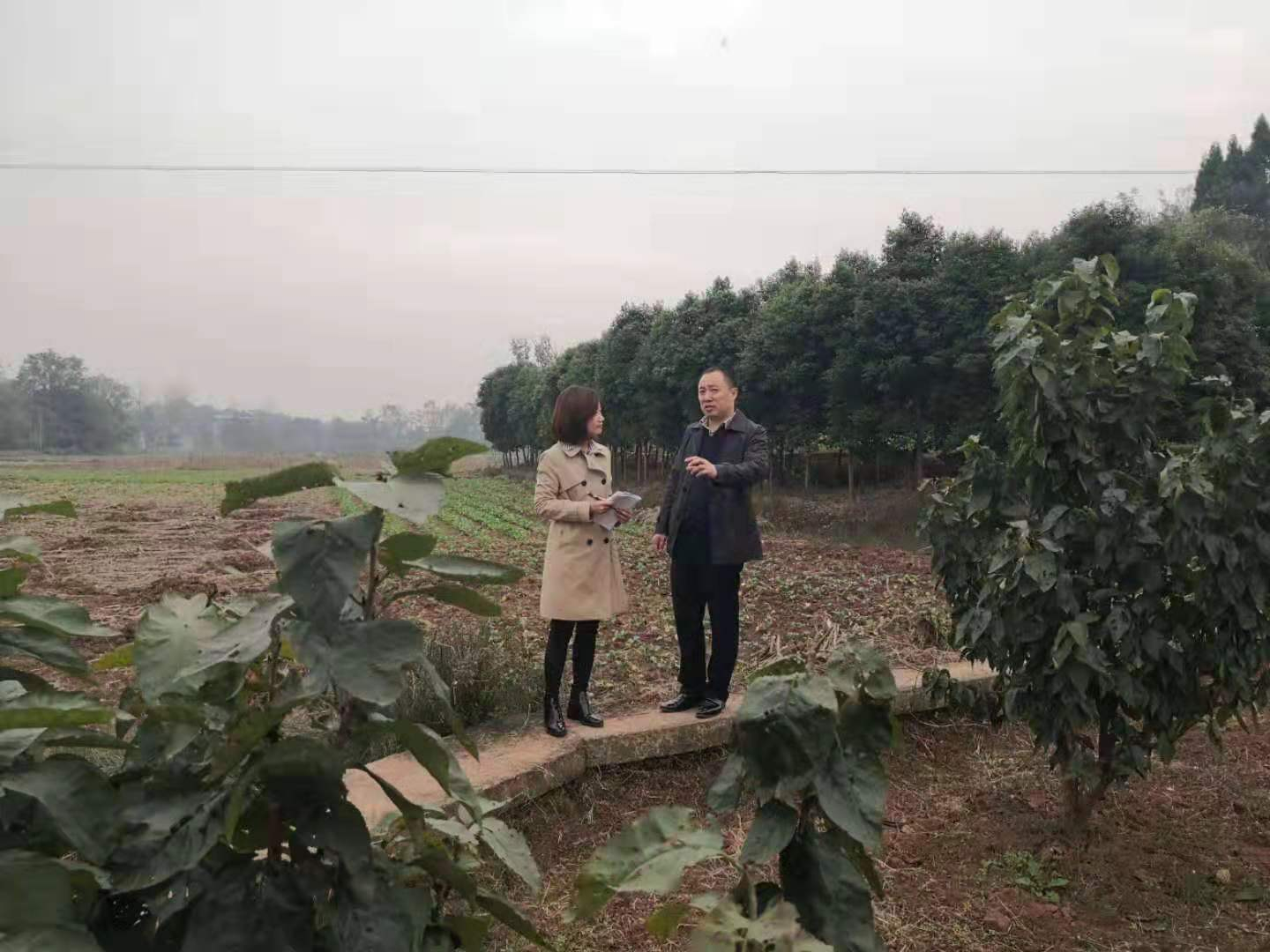 China has a population of almost 290 million migrant workers at the end of 2018. In Renshou County, a quarter of its 1.6 million population is out working – an improvement from the past.

Wang is one of the thousands who have come back to make it big. He says his quality of life has improved ever since. "I can now take care of my family, my wife here. Plus, I get to see sunshine every day and get my hands dirty working on something that I can see bear fruits."