How is it for Hong Kong police and their families?
CGTN 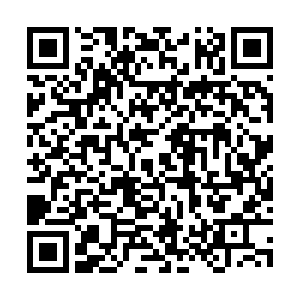 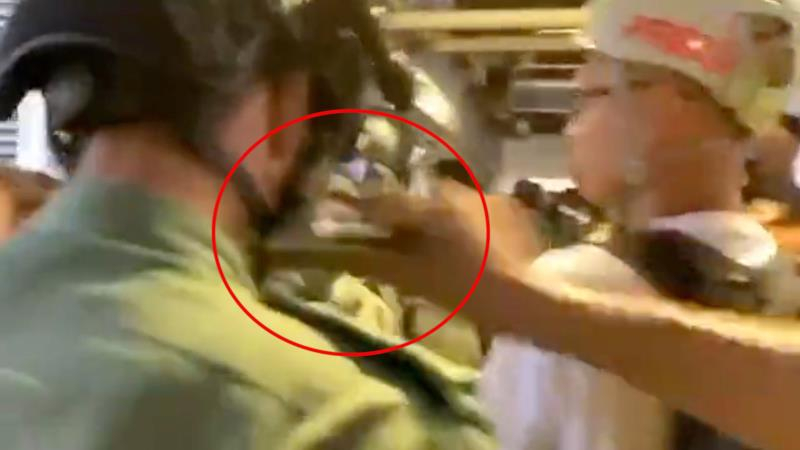 Editor's Note: Alex has served in the Hong Kong  Police Force for over two decades and is currently a member of the Patrol Sub Unit. He is one of the nearly 480 police officers who have been injured in the 6-month-long unrest. On October 13, he was cut with a sharp blade on the neck while on duty. How is his recovery? How would the injury hurt Alex's family? How is it to be the wife of Hong Kong policeman? Alex and his wife May agreed to talk to CGTN's anchor Liu Xin under anonymity at the Hong Kong Police headquarters. Alex struggled to speak due to the permanent damage the cut has done to his vocal cords.

Alex: I was assigned to go to a subway station to see if there's any criminal damage. We went to where people gathered, but no such damage emerged. When we were ready to leave, I felt my right neck was poked by someone.

When I turned right and looked down, I saw the person who attacked me, holding a weapon, and sliding backward. I immediately try to stop him. My colleagues helped me contain the attacker and successfully arrested him.

I didn't know I was severely hurt. After I tackled him, I found there was blood on my collar and my uniform was wet. I realized I had bled a lot. My vein and vagus nerve were severed. The doctor told my wife the operation would take one and half to two hours, but it took four hours in the end. I was lucky because the artery was spared.

Liu Xin: How long is the wound? From here to here? Is this the whole length of the cut?

Alex: No… Doctors had to cut it a bit longer in order to perform the operation.

Liu Xin: So the attacker was quite heavy-handed? But at that moment, you were not in confrontational situation. You were getting ready to leave, right? You had actually your back to the person. Have you wondered why you were attacked?

Alex: Some people in Hong Kong have no ability to think independently. They take extreme actions under the influence of certain people. 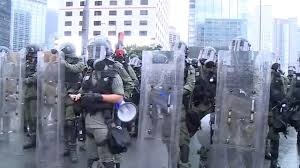 Liu Xin: But I am sure you must have heard the saying by many in society, that police have used too much force. What's your view?

Alex: The level of force used by police depends on the level of attack he is under. I don't agree that police have used excessive force in dealing with the protests. Although I was injured, I think many have seen on TV, people used petrol bombs, bricks and arrows to attack my colleagues; these are all deadly, violent attacks. The force used by police is relatively speaking at a low level.

Liu Xin: But yesterday I was asking a black-clad person, he said police have guns. They only have rocks, arrows or petrol bombs. These are dangerous to a certain degree, but not like a gun which can kill instantly. So they believe they need to use these self-made weapons against police. What's your view?

Alex: Police's job is to implement the law. We don't get involved in any political disputes. If someone breaks the law, I will deal with it.

Liu Xin: Under what circumstances have you been working over the past five to six months?

Alex: In these months, we had all been working for extra long hours. To the degree that sometimes when we were dispatched to guard a place, we couldn't rest or leave for over ten hours. Sometimes, I didn't even know when I could take a day off.

Our daily schedule differed. The time to go to work or get off work changed all the time. Both psychologically and physically we have been under great pressure. I believe it also affected our families as well. 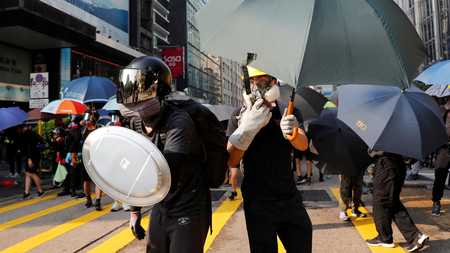 Liu Xin: How do you see the fact that many who took part in the protests and riots were young people?

Alex: First of all, I agree that they can use peaceful means to express their aspirations. But either as a resident or a policeman, I do not agree with any violent means. I wonder why this is happening. So many young people are protesting even resorting to violence? My personal view is, maybe Hong Kong’s education system has gone wrong?

Liu Xin: When you had to use force on these young people, did you feel a dilemma?

Alex: I believe any police officer will, as you said, refrain from using too much force against or attacking these young and venerable people. I feel pain in my heart. But as a professional cop, whatever their aspirations, whomever they are, I have to enforce the law.

Liu Xin: Nowadays it seems many here do not understand the police's work. Right? There are many graffiti against the police which are very jarring, and some people think, that some polls show a very low trust rate for the police. How do you feel?

Alex: Of course I personally, and I believe the whole police force, expect the society can support us. But our responsibility is to enforce Hong Kong's law and keep social order. To a certain degree, only those who break the law are not happy with police.

Liu Xin: Some people are calling for an independent mechanism to investigate police conduct, your thoughts?

Alex: I am personally open to this issue. I believe every resident in Hong Kong wants to know exactly why we are in this situation. But who should serve in such an independent investigation commission? Just as we have seen in the past months, some university presidents, some highly educated personalities, they would target the police and the government. Then what kind of people can you find in Hong Kong to serve in this commission?

Liu Xin: Have you ever doubted your choice to be a cop?

Liu Xin: If you had a choice… or if your kids want to be a cop in the future, would you let them?

Alex: Yes. I think my job can help people. I feel a sense of responsibility, a sense of mission. If my kids share these ideas, I would be very happy. 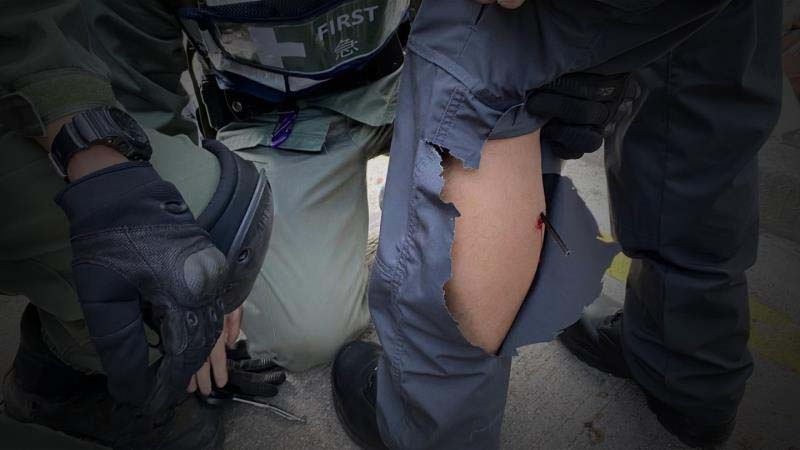 May: I got a phone call, from my husband's number, but not him in person, in fact his colleague. He told me to keep calm. I was told, my husband has been injured in the neck and sent to some hospital. He asked me to pack some stuff to bring to the hospital and see him.

Liu Xin: How did you feel?

May: I was very worried.

Liu Xin: About what?

May: I was afraid I might lose my husband and my kids would lose their papa.

Liu Xin: Your husband has been a cop for a long time. Was this the first time he got injured? Or did it feel different this time?

May: For so many years, it was the first time. For months, I have been worrying about his job. I never had this feeling. In the past I felt his job was just to help people keep order, I never really worried. But over the past few months, the violence became really severe, and I was really concerned ever since. 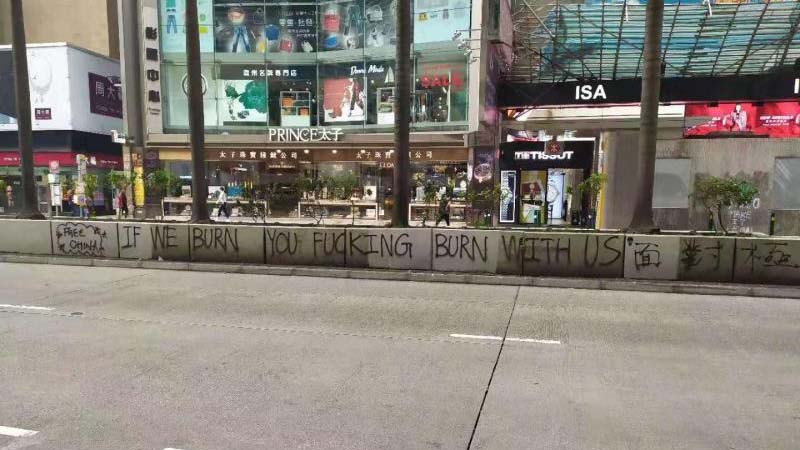 From pride to harassment

May: During the past six months, I have seen too many negative things, I am very depressed. Sometimes I don't even want to see the news or anything on the media.

Liu Xin: Why not? I saw a lot of almost smearing at police, calling them bad people, that they've done wrong. Is it because of this that you don't want to watch?

May: It makes me very unhappy, as if we have become an isolated group. I don't want to let my kids see this kind of things either.

Liu Xin: Is the mood of your kids affected?

May: They don't for now know what happened. They only know papa got injured.

May: Over the past few months, because my husband has been working long hours, I have been taking care of the kids mainly. They didn't really see him much. After he came out of the hospital, they missed him a lot. All week whenever they saw him, they'd ask papa what happened to you, does it hurt? But they don't know why he got injured.

Liu Xin: But the kids know their papa is a cop?

Liu Xin: At school, or in life, have they experienced any abuse or bully by others? You, as wife of a cop, have you felt threatened, by being doxed for instance? Or have your counterparts had such experiences?

May: My husband's identity was exposed. The school of the kids was also exposed. Temporarily they haven't been harassed, but I have friends (who have been). Now our kids can't tell others that their papa is a cop!

Liu Xin: They were very proud in the past?

May: They were. Now, for protection, they had to try not to mention papa's job.

Liu Xin: Why such a huge change?

May: I don't know either.

Liu Xin: Why do you think there is all of a sudden so much mistrust and questioning about the police in society?

May: I don't know either. Maybe some people are not satisfied with the government. I'm really not sure.

Liu Xin: I see a lot of graffiti on the streets abusing police. How do you feel when you see these in daily life?

May: The kids often ask me, what were these, why everywhere? I don't really know how to react at that moment. I can only tell them you can't post everywhere and graffiti everywhere. It's not a good behavior. It makes life very hard for the cleaners. Like that. 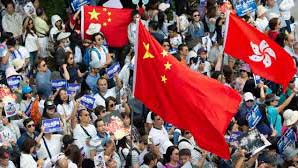 Liu Xin: Are you more supportive of your husband's work, or do you hope he could change a job that's less dangerous?

May: I will support him even more. Given that he has so resolutely chosen this profession, I will always support him fully.

Liu Xin: If your kids want to be a cop in the future, would you agree?

Interpreter Feng Weiguang has contributed to this story.