'All that matters in a film is that it should touch your heart,' says Golden Coconut Awards Jury
By Zhang Xiaohe 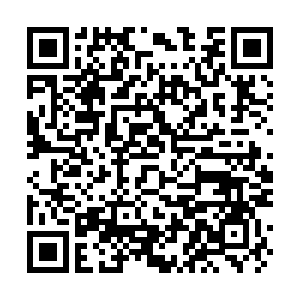 On December 2, the Golden Coconut Awards jury members answered questions from the Chinese media at a news conference.

Huppert, the head of the jury, said she didn't have any special expectations and was just waiting to be pleasantly surprised by the movies shown during the week. Manchevski said all that matters in a film is that it should touch your heart. Jiang said that HIIFF is one of the four biggest film festivals in China. She attended this year's Beijing and Shanghai International Film Festivals where she said the juries judged films based on whether they could touch hearts, and she believes HIIFF will have the same standard. 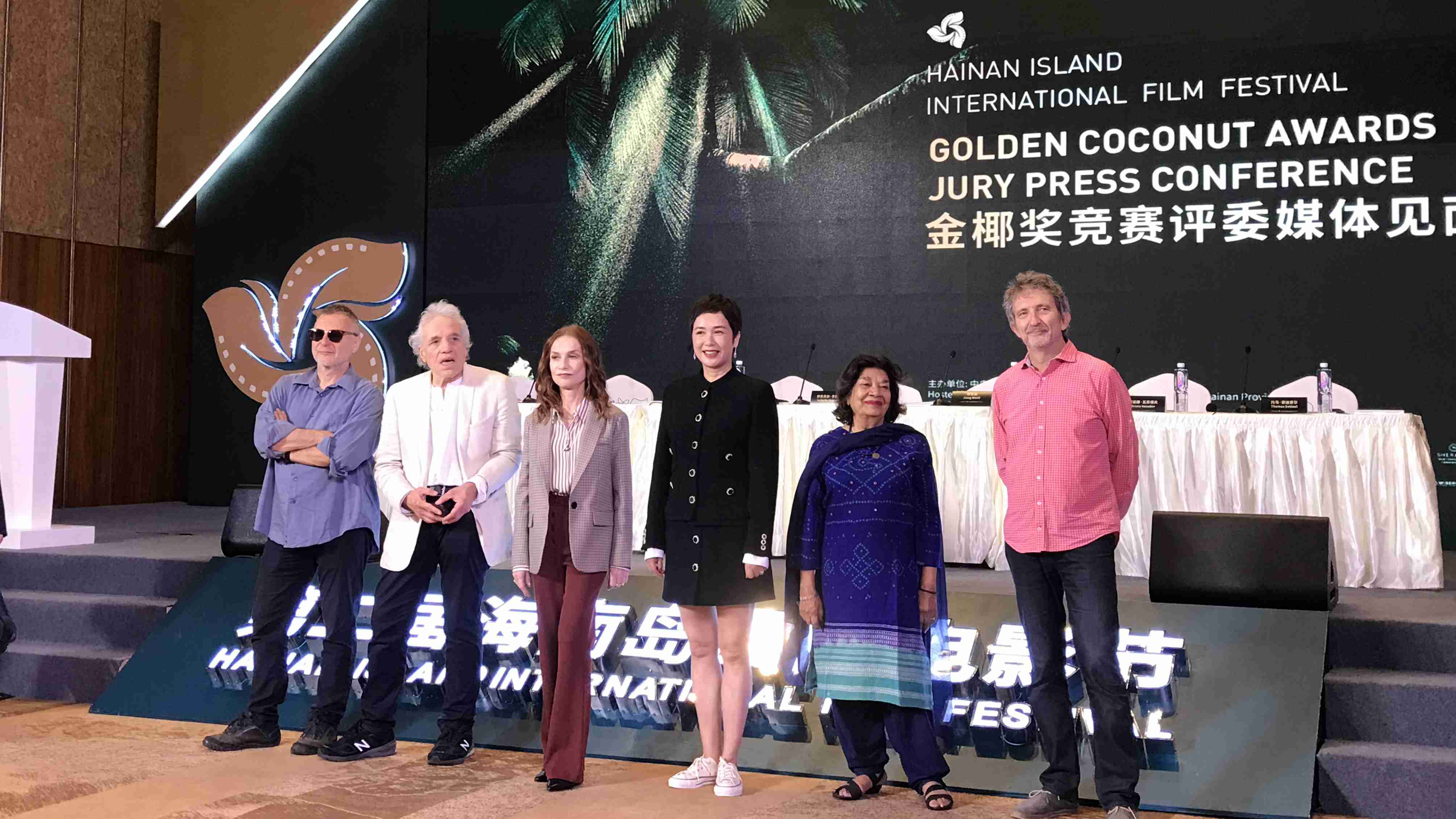 About what the jury and HIIFF could do to promote cinema, Huppert said the gathering of jury members and other celebrities in Hainan was already a great focus for the festival. Their presence, she continued, showcases the province as a great window to show films to the world. She also said that although HIIFF is a relative newcomer, new festivals are always good for filmmakers as people get to watch films in purely and simply.

Vasudev said Asian cinema is becoming one of the biggest around the world. Asian film festivals are getting bigger as well. The first Asian festival she went to was a small one in Hong Kong, and now they are everywhere – Beijing, Shanghai, India, Hainan. She said film festivals not only introduce audiences to all the great filmmakers, but also to different cultures. Cinema is important to inspire people how to live and how to see the world, she said. 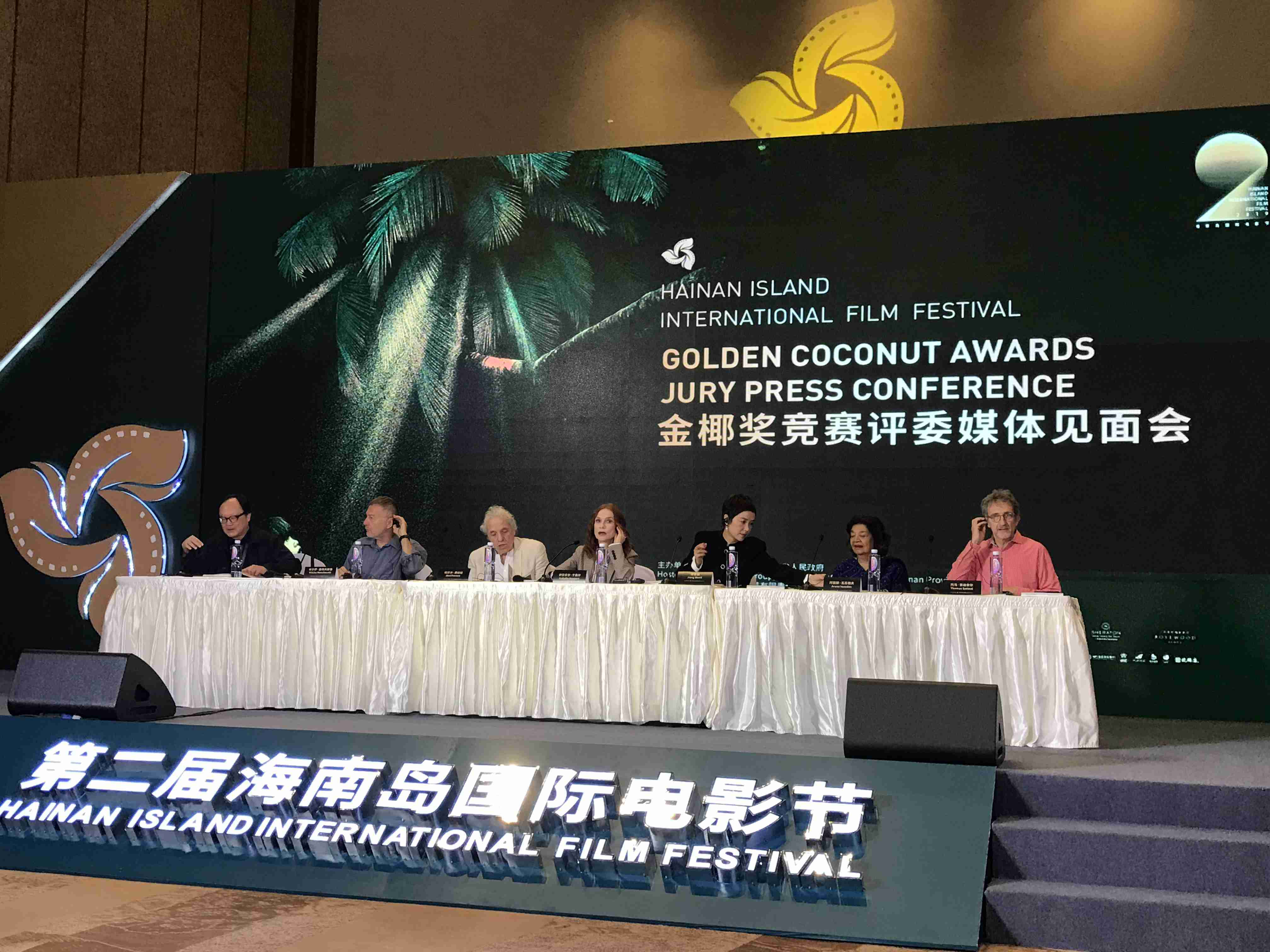 Speaking of their experiences in China, Huppert said: I've been a few times to China – great experience. I was surprised by the reaction of my film here in China, and how understanding the reactions I've got. In recent years, I've been to Shanghai, Zhengzhou, Beijing, I was surprised by the attention. As an actress, my experience in China was quite fulfilling. And I'm always happy to discover more Chinese films."

Ferrara said it's his first time in China and he's not only looking forward to seeing the films, but also to get to know and experience the country.

After eight days of judging and screening, winners of the Golden Coconut Awards will be unveiled on December 8, including Best Film, Best Director, Best Actor and Actress, Best Screenplay. HIIFF is dedicated to strengthening international film and culture exchange and collaboration. A total of 1,495 films from 80 countries have signed up for the festival, according to the organizer.