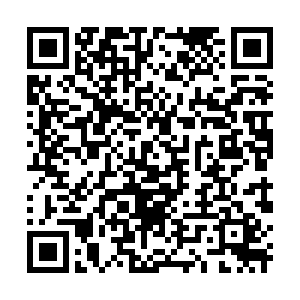 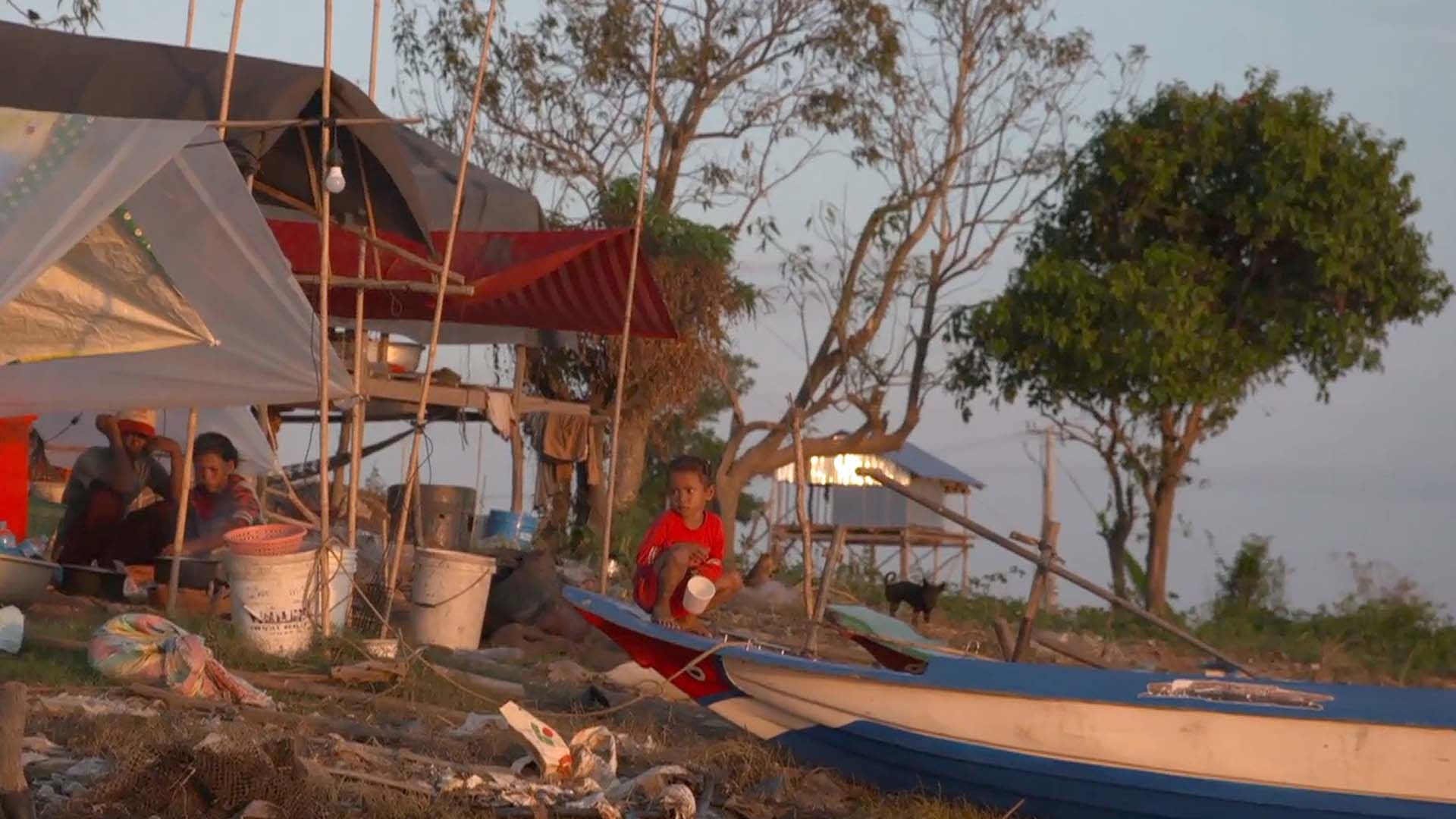 Talk to any fisherman in this fishing village in Kampong Chhnang, central Cambodia, and you will hear similar stories. Stories of the past go like this: There were so much fish in the lake, they would jump into our boat. Or, our families could survive on fishing alone. Or, we would catch fish so big, our boat would collapse.

The stories we hear these days, paint a different picture – one of hardship, of desperation, of depletion. Mai Pruhn has been a fisherman in Kampong Chhang almost all this life. It's all he knows how to do. It's what fed his family and gave them a comfortable living. But times have changed and he is faced with new realities. 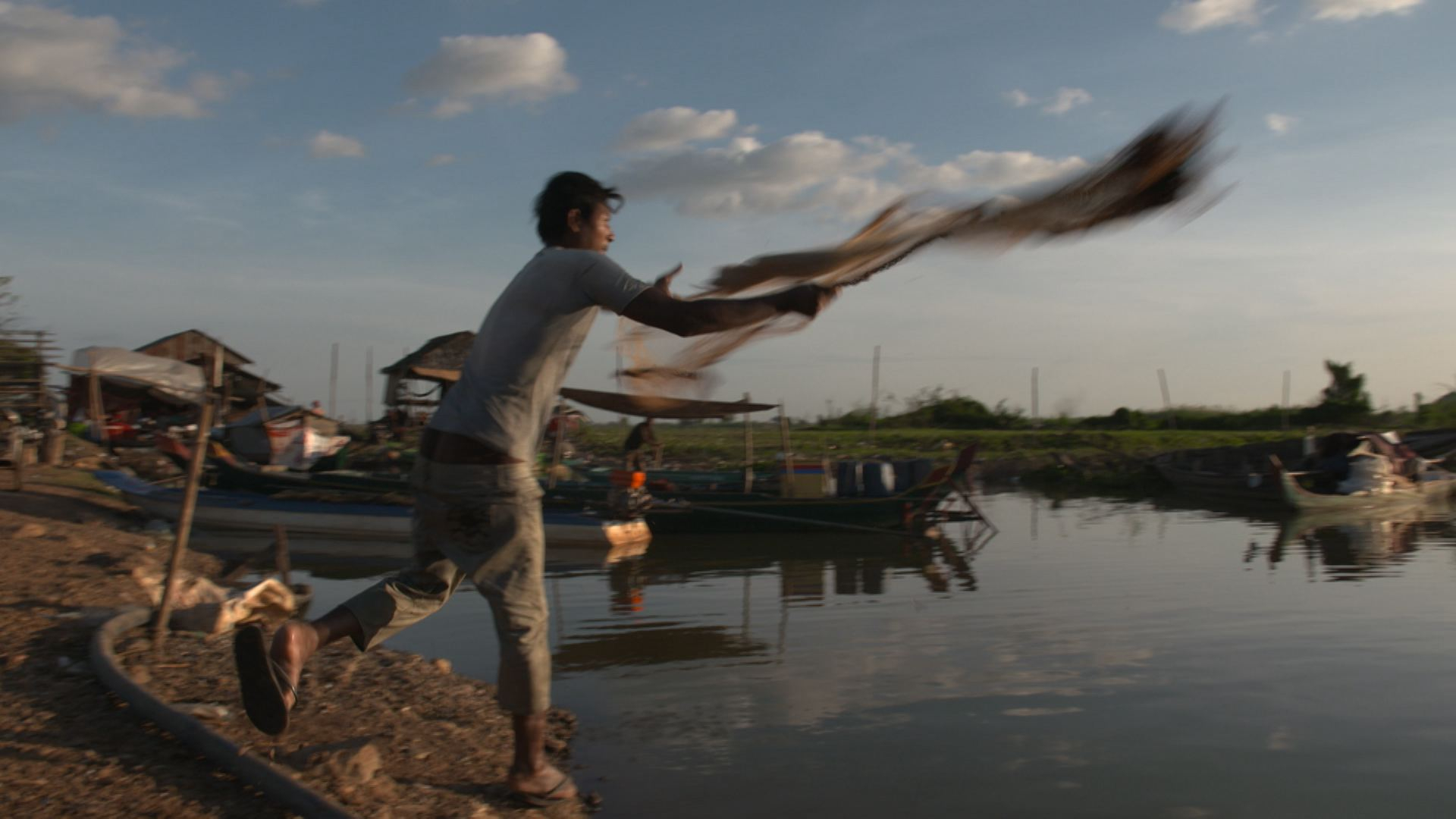 "Even three or four years ago, I use to catch a lot of fish. At this time every year, there is usually a lot of fish. Now there is none," Mai Prughn said, "I have no food or rice because I don't grow anything. I only work as a fisherman."

This is what's happening – A trifecta of economic development, illegal fishing, and climate change is changing the ecology of the lake, permanently weakening the pulse system and wiping out fish stocks. 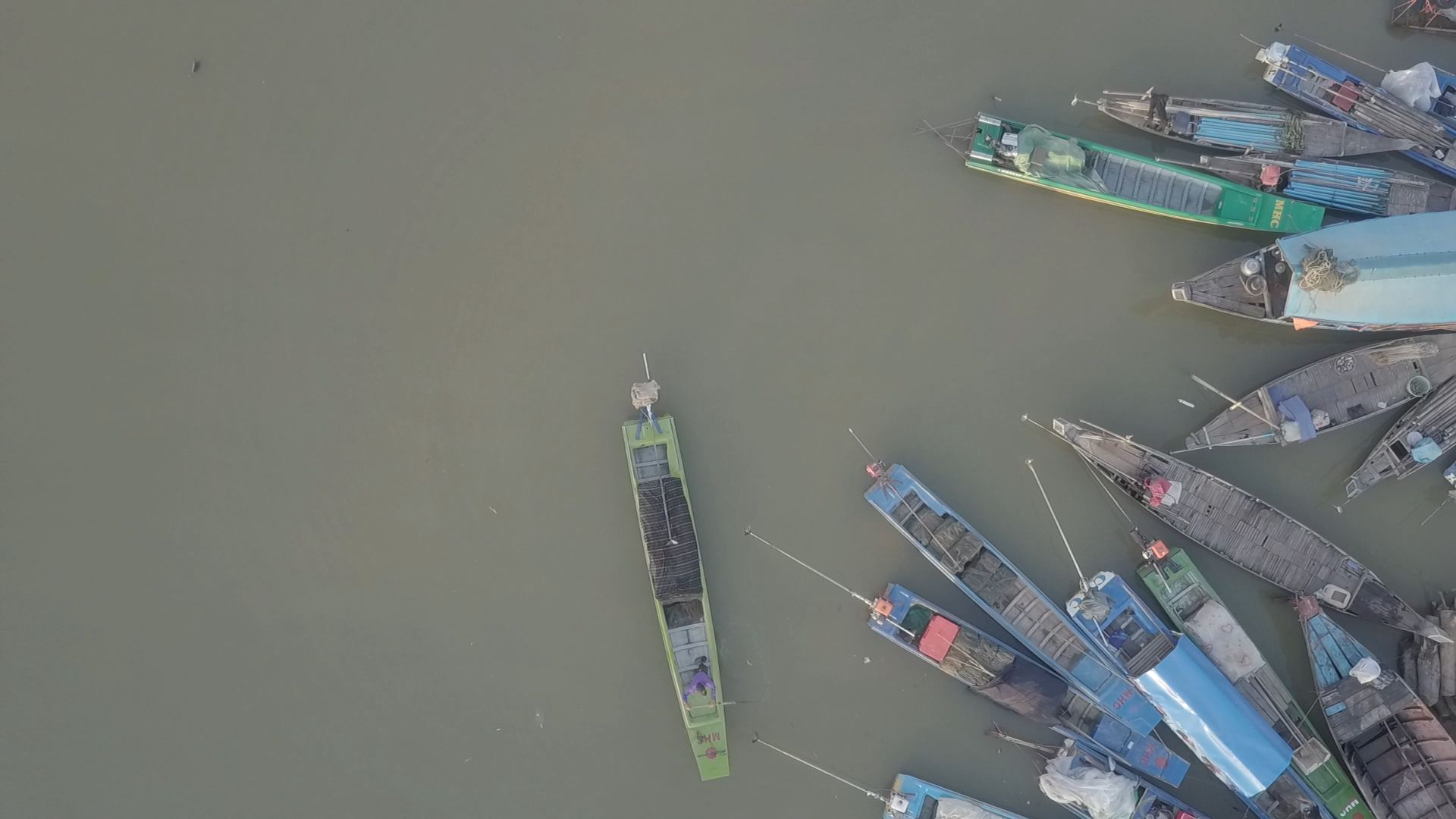 Climate Change is now delivering shorter monsoon season, which too reduces the intensity and duration of the Tonle Sap River's reversal in Cambodia. /CGTN Photo

Climate Change is now delivering shorter monsoon season, which too reduces the intensity and duration of the Tonle Sap River's reversal in Cambodia. /CGTN Photo

The lake operates on a flood-pulse system, like a beating heart, emptied and filled through the arterial Tonle Sap River, a major tributary of the Mekong River.

Inland lakes exist all around the world, but no country in the world relies on their lakes to the extent as Cambodia does. Some 500,000 tons of fish which are caught each year, feed the nation, providing the main source of protein for as much as 80 percent of the population. They feed Cambodia's neighbors, who import thousands of tons each year as part of a two-billion-U.S.-dollar industry. 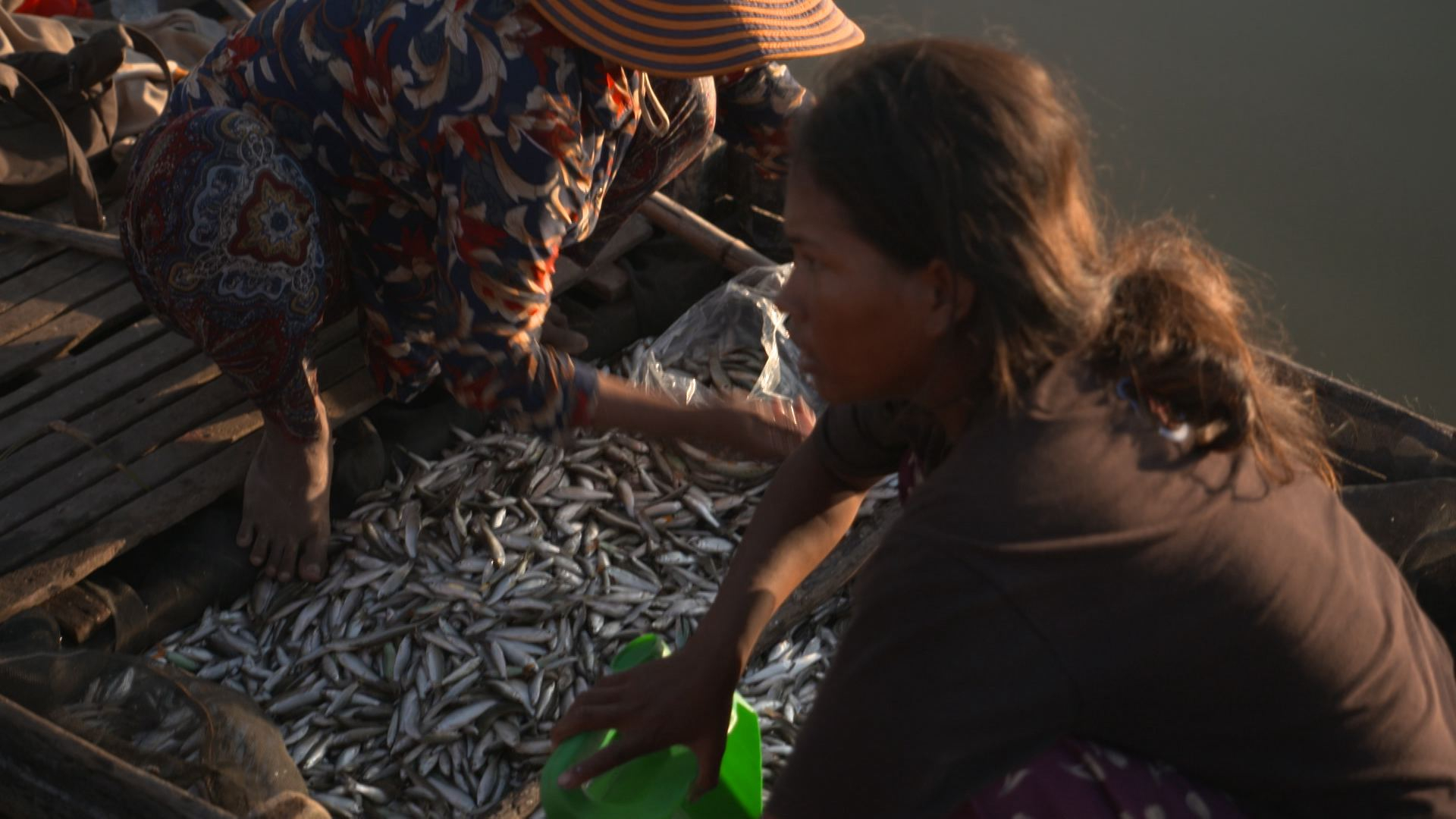 A problem here would be felt around the world. The life of the lower Mekong Basin comes out of the Tonle Sap Lake, producing about 18 percent of the world's freshwater fish yield.

"We are not safe for food security for this year for Cambodian people or for export to other countries," said Om Savath, executive director of Fisheries Action Coalition Team. He continued, "If they don't have enough for this (year), next five years, there will be no more fish product and the livelihood of the people will be affected."

The Tonle Sap is heading into an irreversible decline as droughts are increasing and water resources are decreasing. The rich abundance of fisheries and biodiversity, threatened. And so, too, will be the food security and livelihood of millions who've depended on this lake and Mekong for generations. 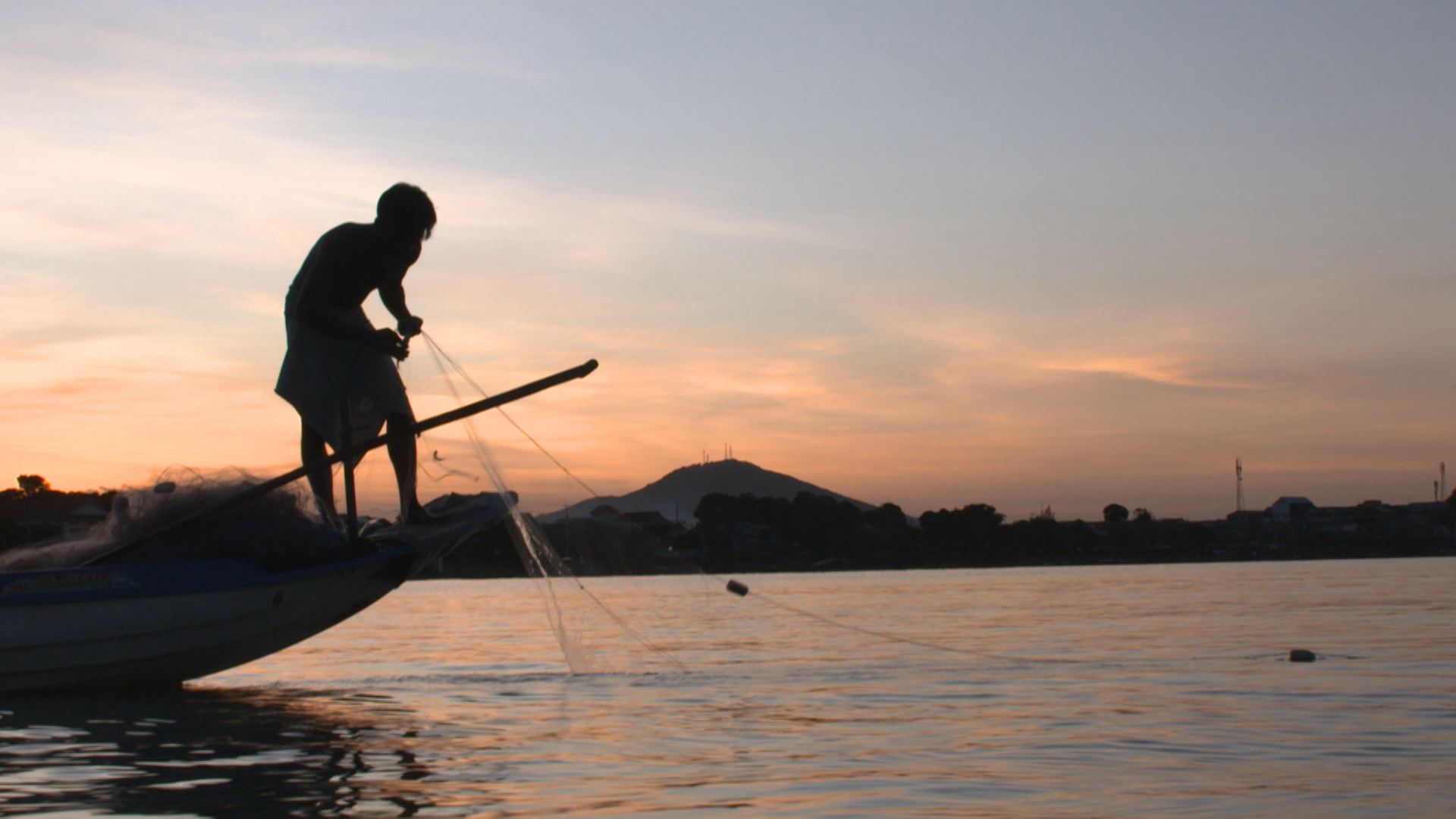 Tonle Sap and the Mekong River provide water and livelihoods for millions on its journey through Southeast Asia to the South China Sea. /CGTN Photo

Tonle Sap and the Mekong River provide water and livelihoods for millions on its journey through Southeast Asia to the South China Sea. /CGTN Photo

And as the sun sets, Mai Pruhn goes out to check his net. With each pull of his net, a look of disappointment. His catch translates into blunt realities – Tonle Sap is in trouble, its people are in trouble.