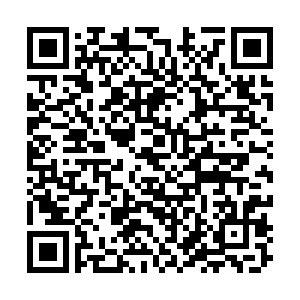 The Atlanta Hawks found themselves laughing for the first time in a long time.

The Hawks were just happy to win again after snapping a 10-game losing streak in a match-up of the two teams with the NBA's worst records. 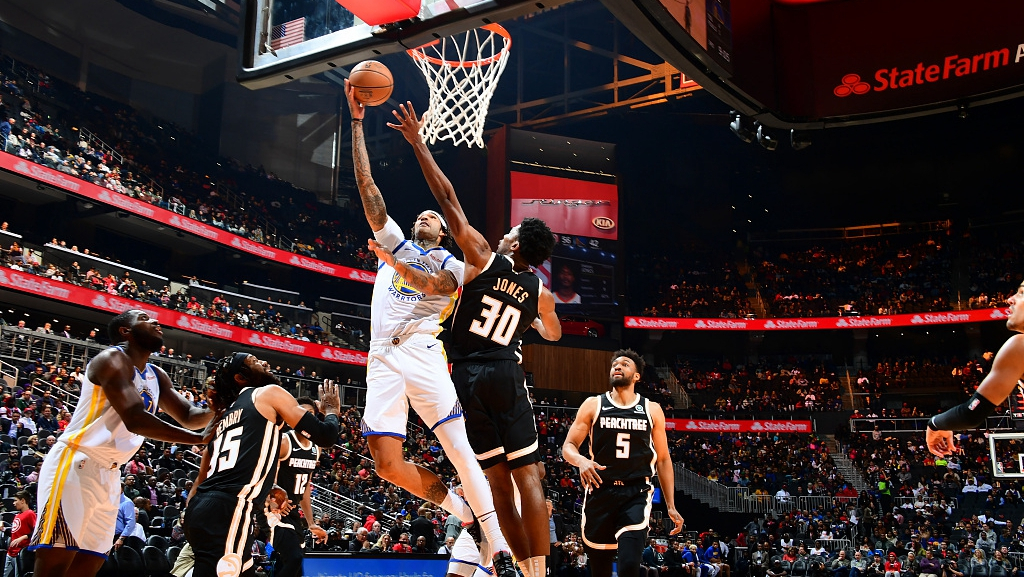 The opponent didn't matter to Atlanta. The only thing the Hawks cared about was winning.

Rookie Eric Paschall led Golden State with 24 points, but his teammates combined to shoot 24 of 72 and the Warriors committed 25 turnovers which the Hawks converted into 25 points. The visitors were missing Draymond Green, DeAngelo Russell and Stephen Curry, among others.

''It's frustrating to keep losing. We're all competitors,'' Paschall said after his 11th double-digit scoring game of the season. ''It definitely feels like a step back, getting blown out.'' 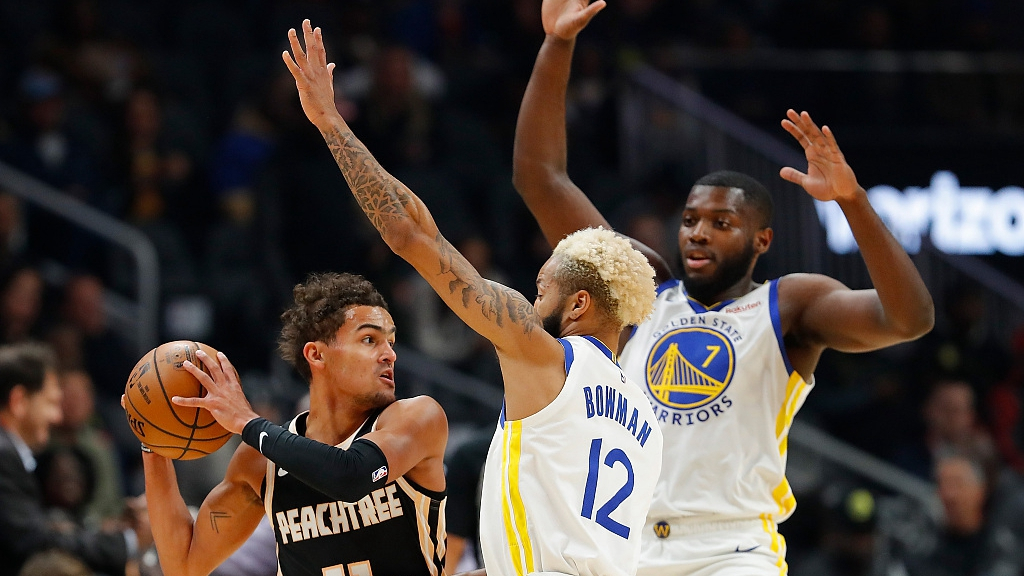 The Warriors led 23-20 after a quarter before Hunter scored six consecutive points for the Hawks early in the second period to give Atlanta the lead for good with a pair of jumpers and a couple free throws.

The Hawks stretched a nine-point halftime lead to 76-53 in the third quarter when Vince Carter drained a long 3-pointer with 1:09 left in the period.

Atlanta ranks near the bottom of every defensive category, yet they limited the Warriors to 39.8 percent shooting, and Golden State made just 3 of 17 3-point shots. Paschall made both his tries from long distance.

''We had good spirit, we were switching on and off the ball, making it difficult for them,'' Hawks head coach Lloyd Pierce said. ''We knew they were on a back-to-back and they're down a lot of bodies ... It was more the spirit of our guys than anything technical we did.'' 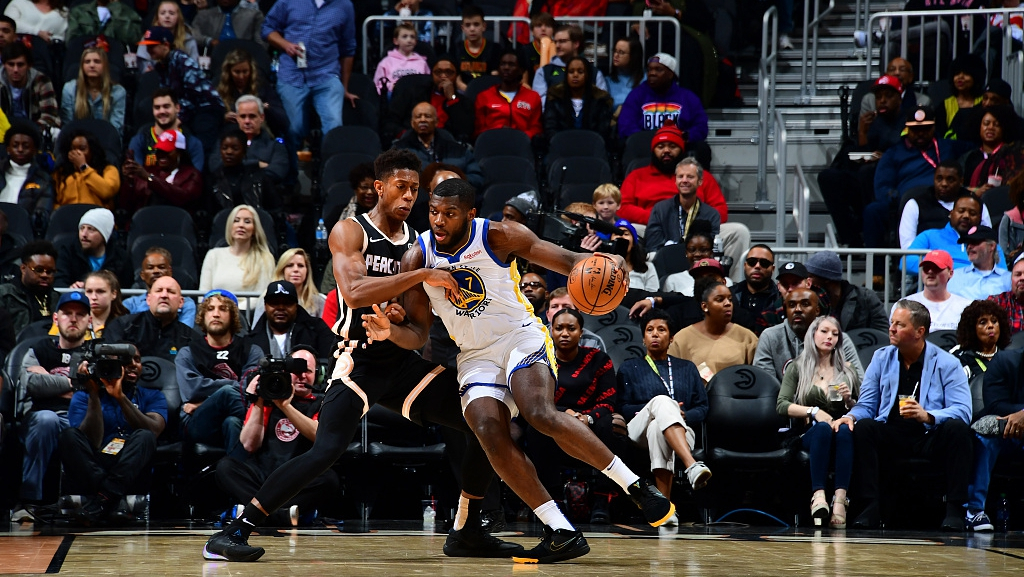 Giannis goes for 29 and 15 as Bucks blow out Knicks

Giannis Antetokounmpo needed only 14 minutes on the court to record another double-double, finishing with 29 points and 15 rebounds as the Milwaukee Bucks won their 12th straight game in a 132-88 rout of the New York Knicks on Monday night.

The Bucks (18-3) led by as many as 47 and cruised behind Antetokounmpo, who pulled down his 10th rebound with 4:43 left in the second quarter for his NBA-leading 20th double-double.

The reigning MVP shot 10 of 14 from the field, including 3 of 4 from 3-point range, while playing 22 minutes. He exited with nearly five minutes left in the third quarter and the Bucks ahead 93-54. 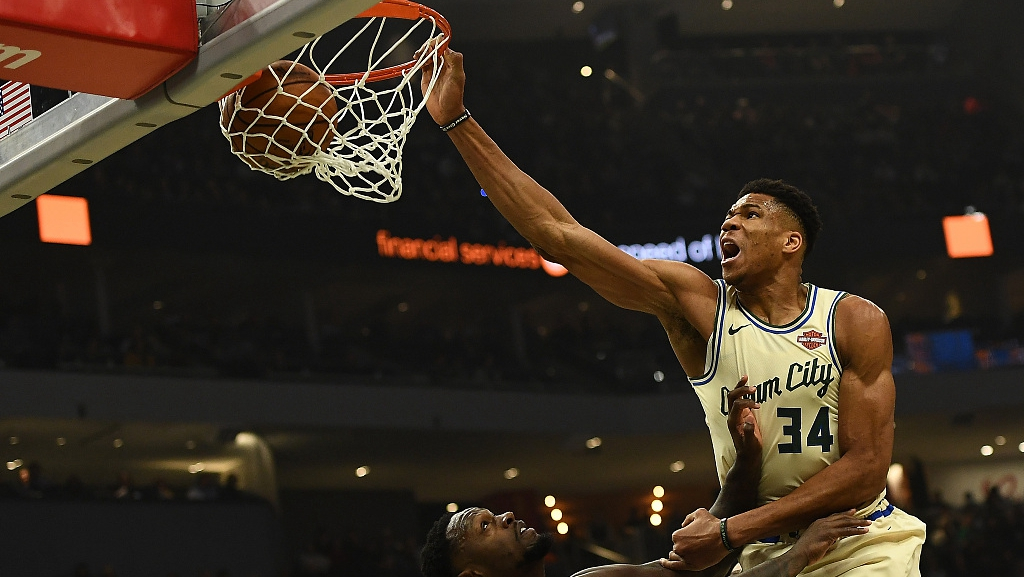 Milwaukee's winning streak is the longest in the NBA this season and the franchise's longest since the 1981-82 season. The Bucks own the league's best record, ahead of the Los Angeles Lakers (17-3).

D.J. Wilson added a career-high 19 points, Khris Middleton had 16 and George Hill 14 for the Bucks, who improved to 9-1 at home. 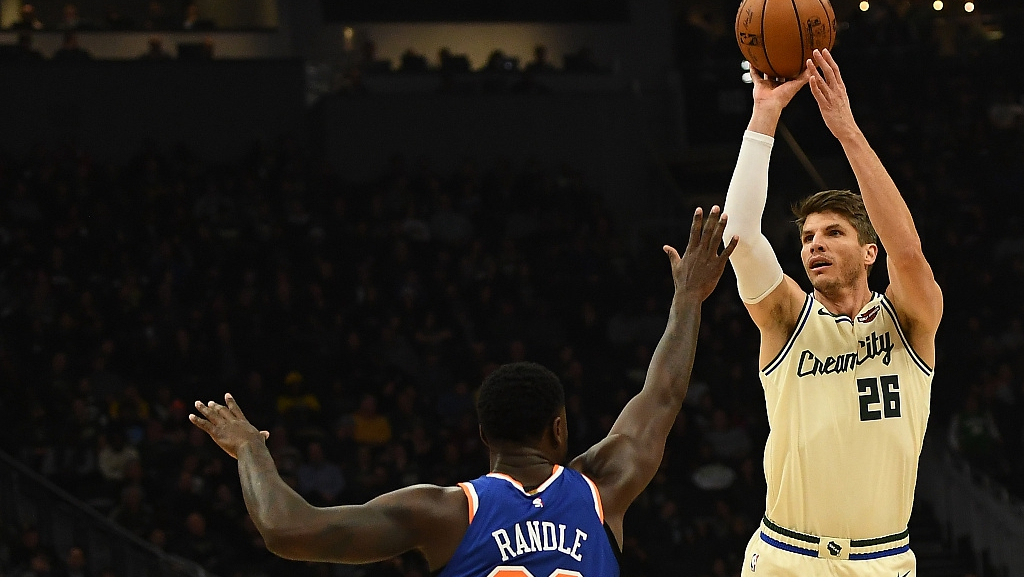 The only Antetokounmpo playing in the fourth quarter was Giannis' older brother Thanasis, who drew cheers from the crowd when he slipped in for a layup early in the period. Thanasis Antetokounmpo finished with 10 points and three assists.