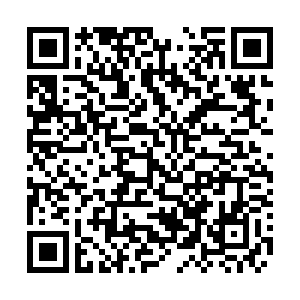 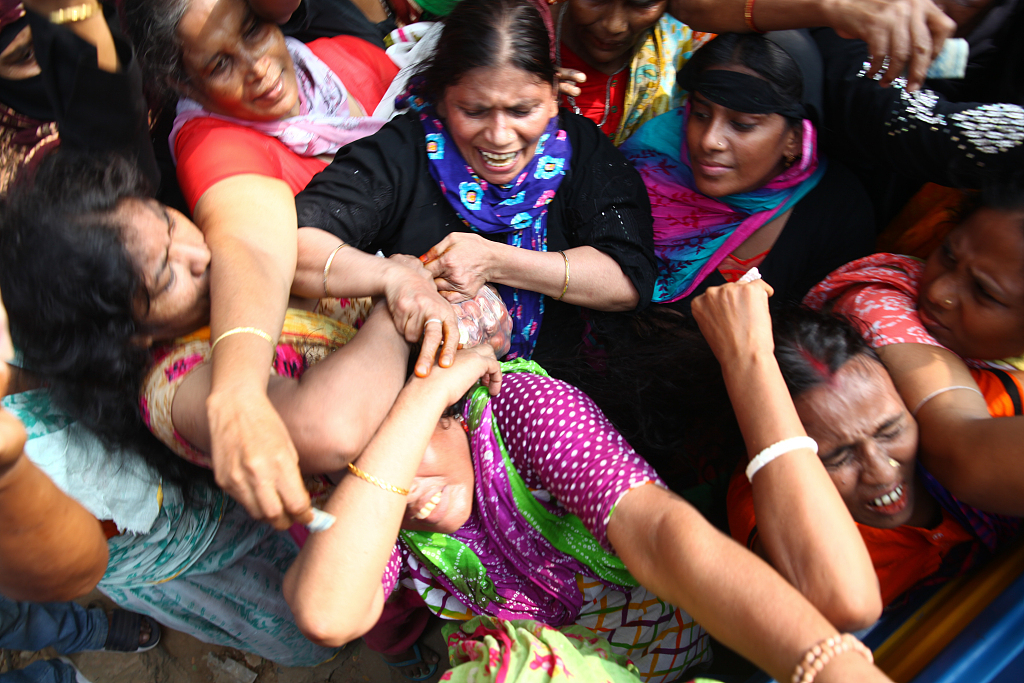 Hollywood-style robberies, smuggling and fist fights – not for gold or cash but onions! The Asian diet staple has become a prized possession in countries like India, Nepal, Bangladesh and Sri Lanka with the retail price ranging between two and six U.S. dollars per kilogram.

Last week, a truck carrying onions worth 20 lakh Indian rupees (around 27,700 U.S. dollars) disappeared before reaching its destination in India's Madhya Pradesh state. Similar cases of onion "heists" have been reported in other parts of the country. 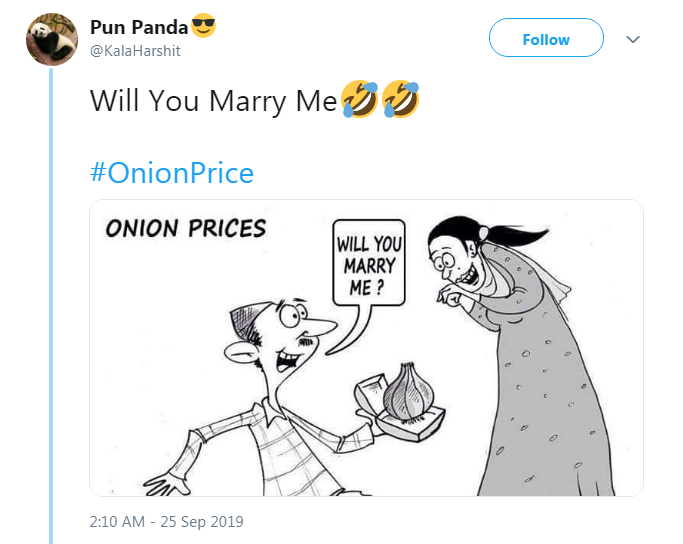 India, the world's biggest onion exporter, is not letting even a single onion out; it imposed a ban on exports in September after the latest harvest was destroyed due to unseasonal rains. On Thursday, Indian customs officials seized onions worth five crore Indian rupees (around 694,637 U.S. dollars) which were allegedly being smuggled to Nepal, one of the major importers of Indian onions.

Li Guoxiang, a research fellow at the Rural Development Institute under the Chinese Academy of Social Sciences, told CGTN Digital that China with its huge onion production can help ease the veggie crisis.

"China has a very large onion reserve. There are many suitable places for growing onions on the vast Chinese territory. For a long time, China was a major exporter of onions all over the world," Li said, adding "China has the capacity to meet both domestic and international demand." 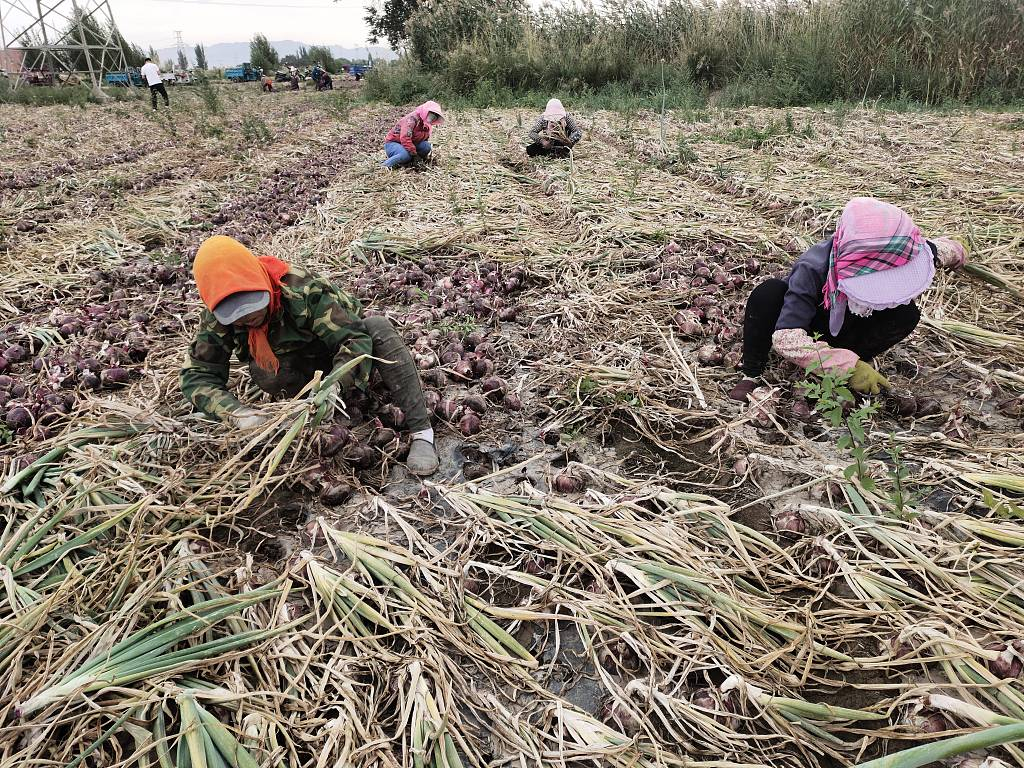 According to Li, Chinese onions are very competitive in the global market. "Compared to Turkey and Egypt, our onion is low-priced and high-quality since we produce more at a lower production cost." 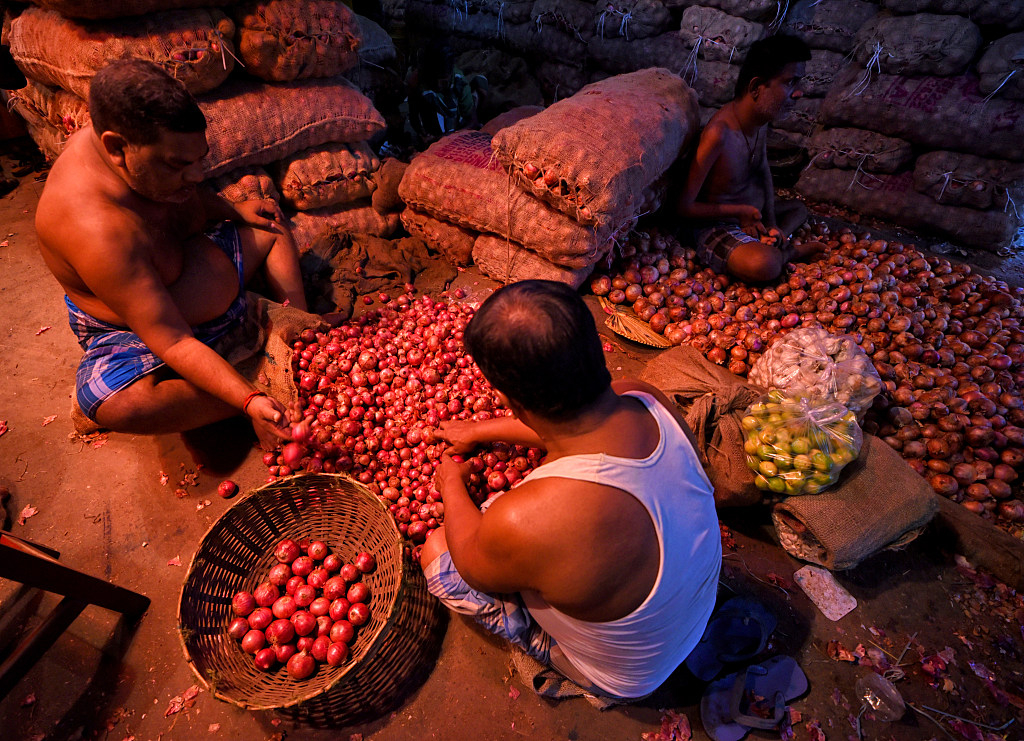 India's government banned onion exports in September after the harvest was destroyed due to unseasonal rains. / VCG Photo

India's government banned onion exports in September after the harvest was destroyed due to unseasonal rains. / VCG Photo

In Bangladesh, skyrocketing onion prices have also impacted the prime minister's kitchen. "I have told my cook to not use onions," said Bangladeshi Prime Minister Sheikh Hasina during the Indian Economic Summit in New Delhi in October. She also expressed her displeasure over the way the Indian government announced the ban: "It would have been better if you had alerted us in advance. We could have sourced onions from other countries. You banned it suddenly and it became a problem for us."

Planeloads of onions were flown into Chittagong city, Bangladesh, last month from China, Egypt and Turkey. 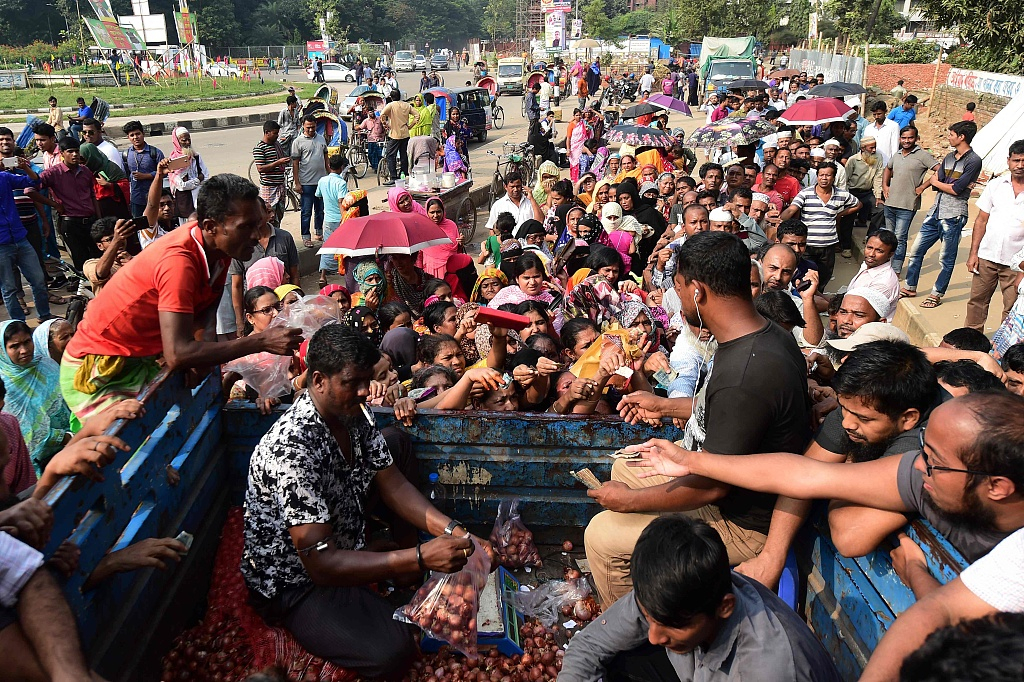 People queue up in front of a Trading Corporation of Bangladesh truck to buy onions in Dhaka, November 17, 2019. /VCG Photo

People queue up in front of a Trading Corporation of Bangladesh truck to buy onions in Dhaka, November 17, 2019. /VCG Photo

Li also told CGTN Digital that China would be willing to help India as well.

"The two countries should set aside their differences. I believe the Chinese government will be willing to help if the Indian government makes a formal request," he said.

India pulled out of a massive regional trade deal – Regional Comprehensive Economic Partnership (RCEP) – last month over concerns about getting swamped by imports, fearing it could inflate the country's trade deficit with RCEP nations.

Experts believe that concerns over this potential deficit could be behind India's reluctance to seek China's help with its onion supply. Indian agriculture economist Devinder Sharma told CGTN Digital that "India is already importing from Turkey and Egypt… and there's a huge trade deficit between India and China."

As onion prices continue to make Asian consumers cry, China remains the most attractive source in the region for easing the crisis.