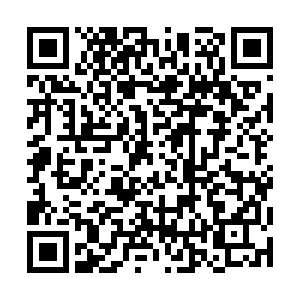 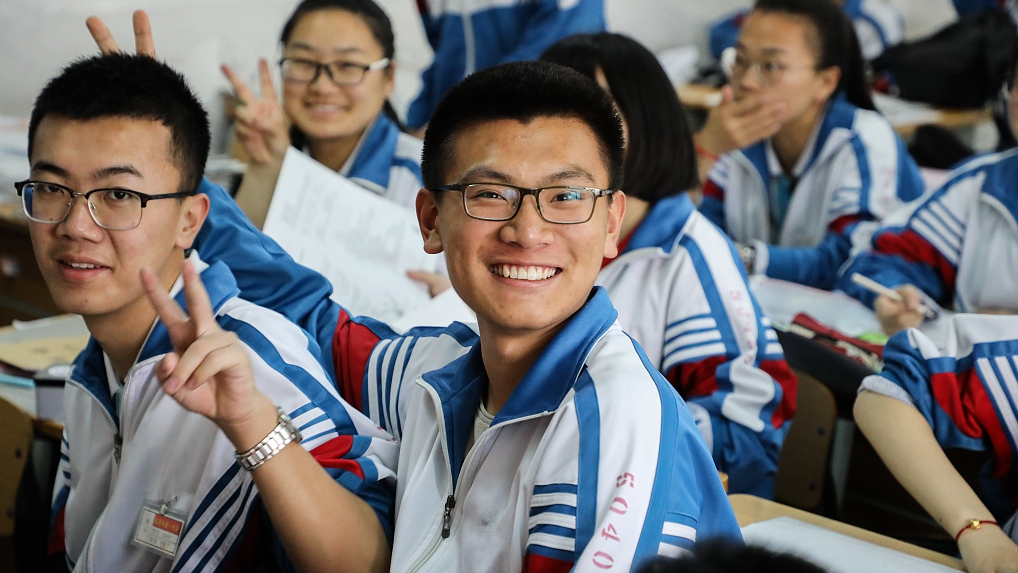 High school students in Chinese mainland ranked first globally in reading, mathematics and science, according to a 2018 international benchmarking study by the Organization for Economic Cooperation and Development (OECD) released on Wednesday.

Program for International Student Assessment (PISA) is done every three years by OECD to measure how well 15-year-olds worldwide make use of their knowledge to solve problems. The study is based on evaluation of nearly 600,000 students from 79 countries and regions. In the next test, in 2021, creative thinking will be included in the assessment.

Singapore came in second place, slipping from its previous top position in 2015.

China and PISA, a brief history 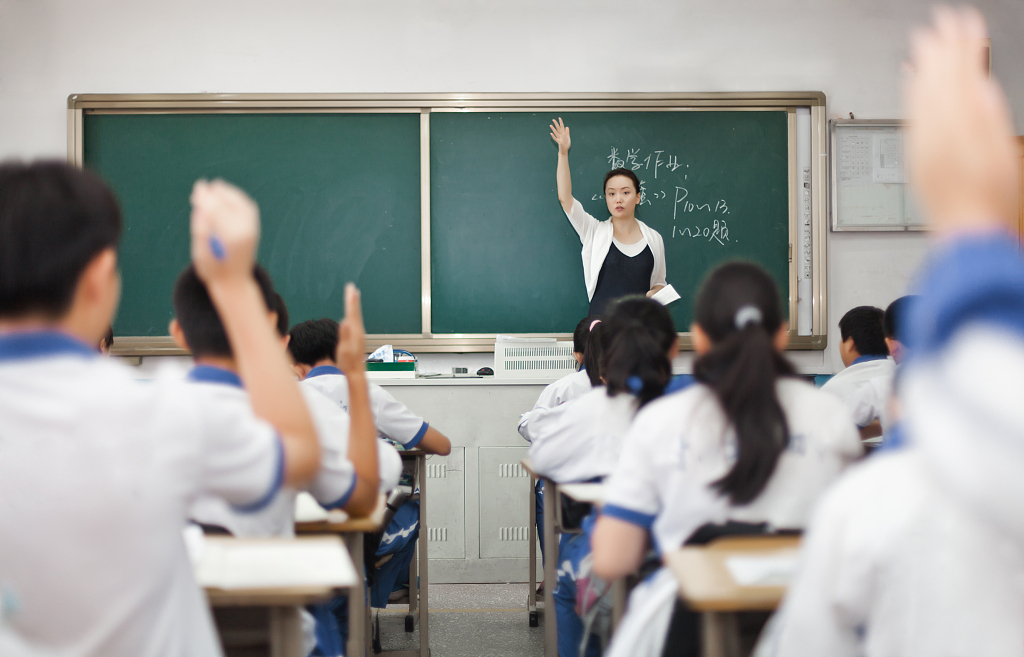 The OECD first started participating in the triennial PISA in 2000.

China's overall ranking flopped to No. 10 in 2015 when it was represented by Beijing, Shanghai, Jiangsu and Guangdong that year. China placed 27th in reading, sixth in mathematics and tenth in science then. 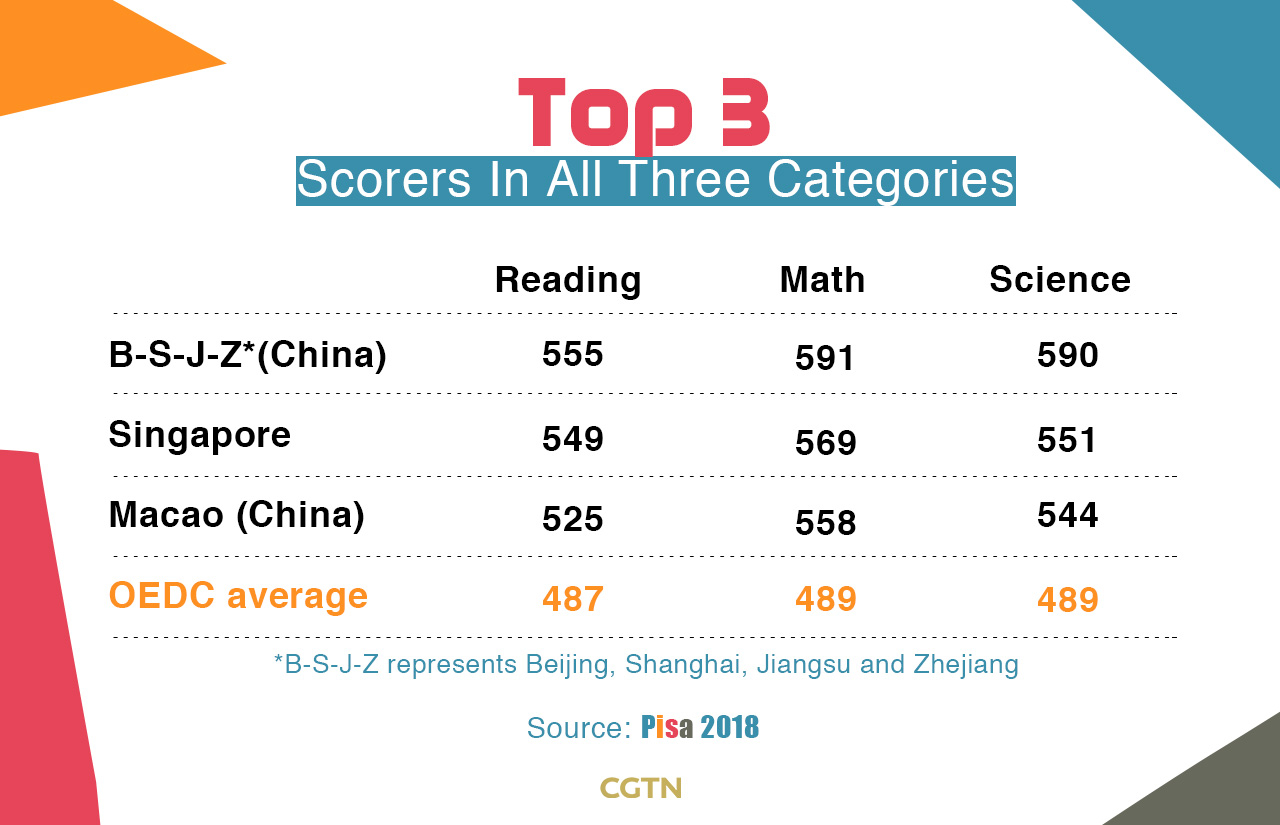 Top 3 in all three categories for PISA 2018. /CGTN Infographics

Top 3 in all three categories for PISA 2018. /CGTN Infographics

Responding to disputes that a few eastern regions cannot show the whole educational picture of the world's most populous county, the OECD said that each of them is comparable in size to many western countries, and have a combined population of over 180 million.

However, the survey also indicated that Chinese students spend the longest time – about 57 hours per week on study, while the average figure among OECD countries is 44. 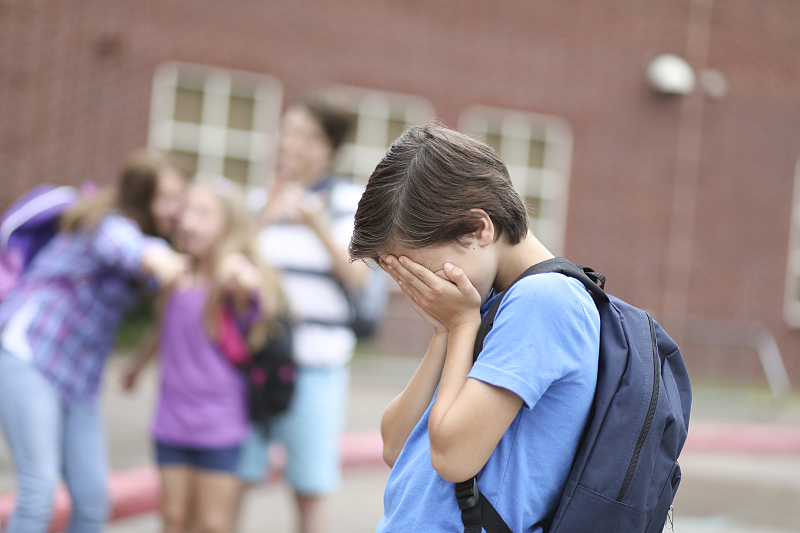 The PISA 2018 study shows that students are not happy at school. /VCG Photo

The PISA 2018 study shows that students are not happy at school. /VCG Photo

Besides academic assessments, the PISA also asked performers about their wellbeing, including measures of belonging and life satisfaction. Results from the latest wellbeing study showed that students are not happy at school.

Only about two-thirds of students across OECD countries said they were satisfied with their lives, a share that dropped by five percent from 2015. Countries like the UK have some of the lowest scores for "life satisfaction." In the UK, 66 percent of students said they were sometimes or always worried, while the OECD average is 50 percent.

School bullying is also something that can't be ignored. Nearly a quarter of students reported being bullied a few times a month and 6 percent reported often feeling sad. Meanwhile, girls expressed a greater fear of failure than boys in almost every country, although they outperformed boys in reading by a large margin.