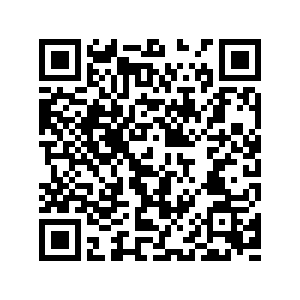 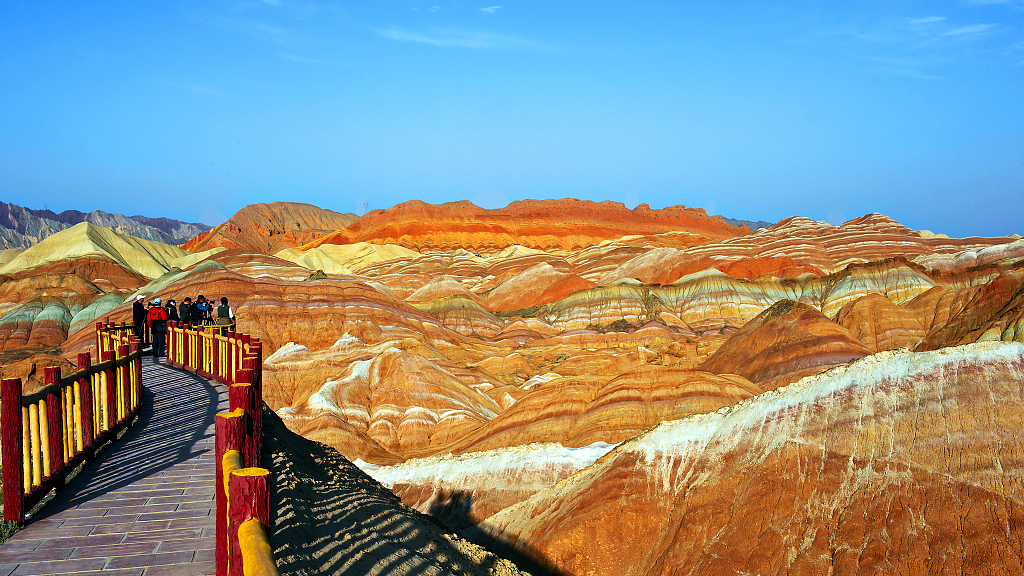 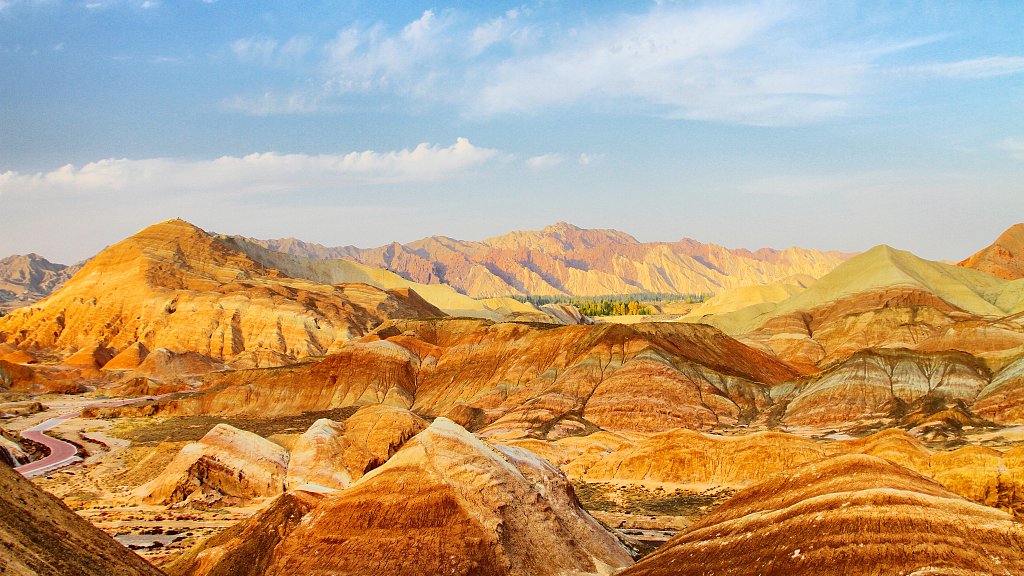 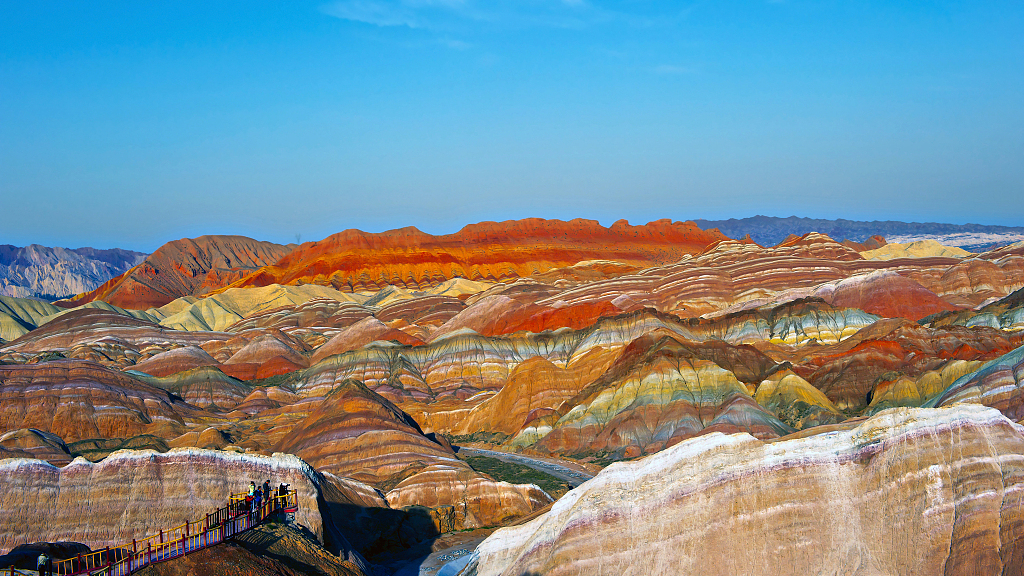 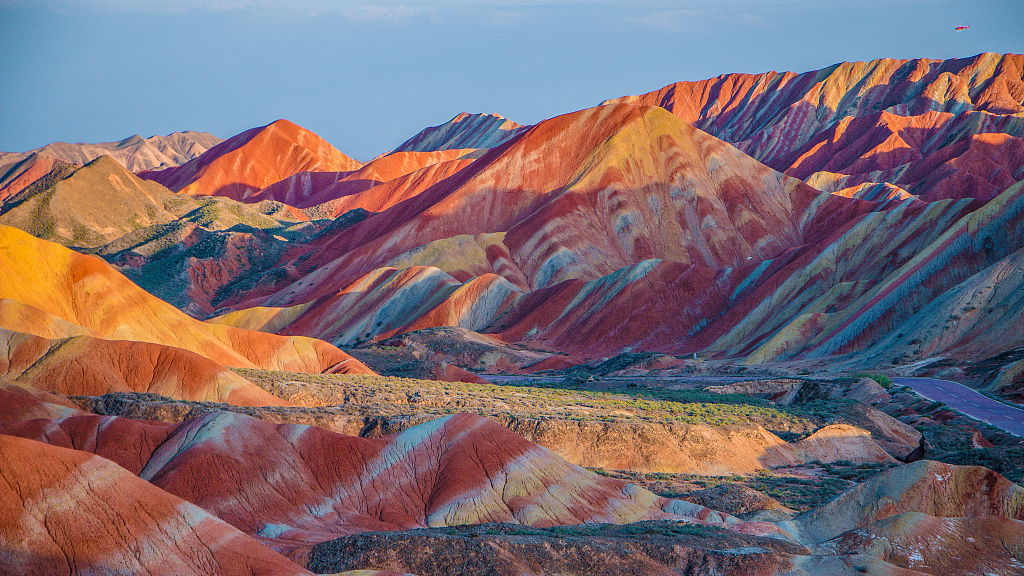 Geography and anthropology mix to paint Zhangye's multi-hued mountains. And Gansu province's Rainbow Mountains live up to its name.

That's not only because the 50-square-kilometer range in the Qilian Mountains' foothills on the edge of Zhangye city has colorful streaks across it. Its individual landforms have also been dubbed with names like "A Supernatural Tortoise Looking Up at the Sky," "Small Potala Palace" and "Monks Worshiping Buddha."

The Rainbow Mountains come alive as a cast of characters and symbols from Chinese history and folklore. The rocks' shapes and shades have also long served as a Rorschach test onto which people have long projected their collective psyches.

That includes the tendency to anthropomorphize formations in general.

Take "Huge Scallop Rock Cumulous." The red, gray and yellow sandstone strips are said to resemble the layers of the eponymous vegetable, but it's also likened to a dragon taking flight to pray for people and harvests.

"Colorful Embroidery near the Silk Road" is likened to both ribbons of the material and the ancient trade route along which it was transported.

Indeed, each formation in the Rainbow Mountains is splendid on its own. But the best way to view the range is by looking down from on board helicopters, parasails and ultra lights that soar over these peaks.

Yet to truly see the full panorama of Zhangye's incredible swath of the planet's crust requires a hike through the nearby Ice Valley, named because glaciers whittled the gorge and its landforms eons ago.

While the rocks may not be as vibrant in hue as the Rainbow Mountains, they're still tinted with cultural designations.

One five-meter-high stone alone shares three names because it's said to resemble a red flag, neighing horse and torch of Qilian.

Truly, Zhangye is a place where natural scenery blends with landscapes of the mind, where imagination is projected onto the rocks that project toward the sky, and where stone and culture show their colors, in every sense.